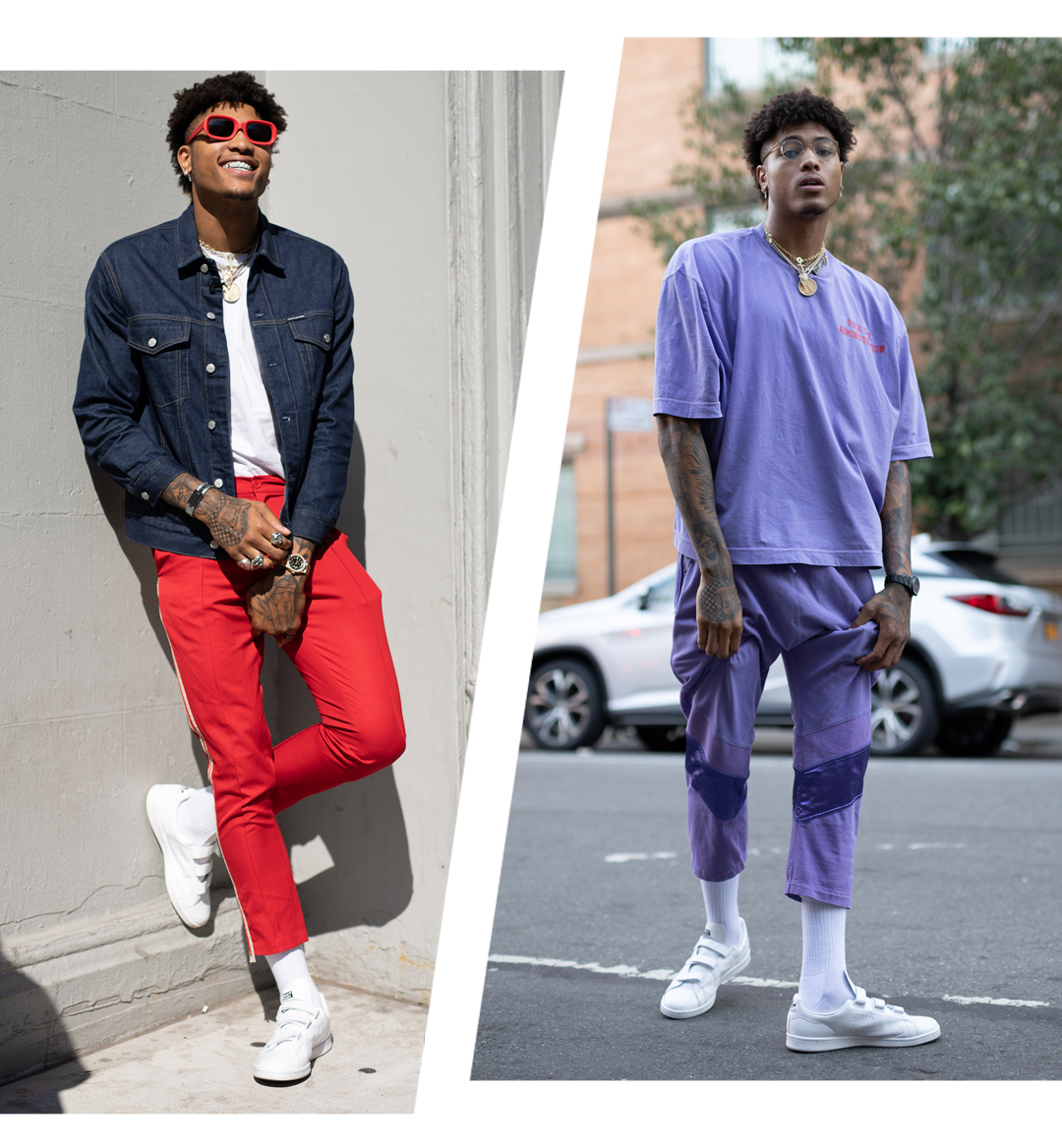 The NBA was a very different place before Oct. 17, 2005. On that day, then-commissioner David Stern implemented his infamous dress code policy, requiring all players to wear conservative or business casual attire both before games and immediately thereafter. It was a swift and vengeful blow to the league’s incredible style, which, in hindsight, could easily be summed up by any number of Allen Iverson photos prior to fall 2005. With immediacy, however, players would have to ditch their oversized sweats, 3X tees and elongated jerseys for reluctant Steve Harvey-esque suits and ill-fitting wingtips. If any NBA player in the late 2000s had had a tailor, you’d never know it.

Now under the guidance of the much looser Adam Silver, NBA style is noticeably better than it has ever been. Pre-game walk-ins are almost as entertaining as any regular season game. Emerging from the other end of the XX tunnel are a new crop of style stars. Arguably none rank higher than Washington Wizards forward Kelly Oubre Jr.

Oubre, 22, was born and raised in New Orleans before relocating to Texas—and then Nevada—after Hurricane Katrina wreaked havoc on the Gulf Coast. His origins, though, are important to note. The New York City of the South tends to breed fluid and impenetrable style. That enduring sensibility effortlessly drips from Oubre’s slender 6’7” frame. His bottom-of-the-map rockstar aesthetic tastefully accentuates the finer points of monochrome and expertly tailored, grail-worthy streetwear. It’s decades-old rock’ n’ roll edge juxtaposed against a youthful backdrop. Oubre’s style is like a good gumbo: Everything you want, nothing you don’t.

It’s that all-inclusive yet curated palette that’s made Oubre a player to watch, both before he steps foot on the floor for the Wizards and while he’s playing alongside backcourt running mates John Wall and Bradley Beal. He was the first NBA player to wear cult streetwear brand Supreme’s shooting sleeve on the court last season. Though, ever the weirdo as he often admits, Oubre wore the sleeve on his leg. That might have been the moment many took notice of the former one-and-done Kansas Jayhawks star.

Yet it was his consistency that earned him an endorsement deal unlike any other in the league.

When the very first NBA game was played back in 1946, Converse was there, as was the American-based brand's foundational Chuck Taylor All-Star. The time-honored sporting company, largely removed from basketball for a long while, is poised to re-enter the space with Oubre as their first signee. Perfect for a moment in the league where style and performance run neck and neck with regards to cultural impact, Converse—as did many other potential suitors before Oubre decided on Converse after his Adidas deal expired—saw in Kelly what NBA fans and style aficionados recognized early on: Oubre is on his own wave. 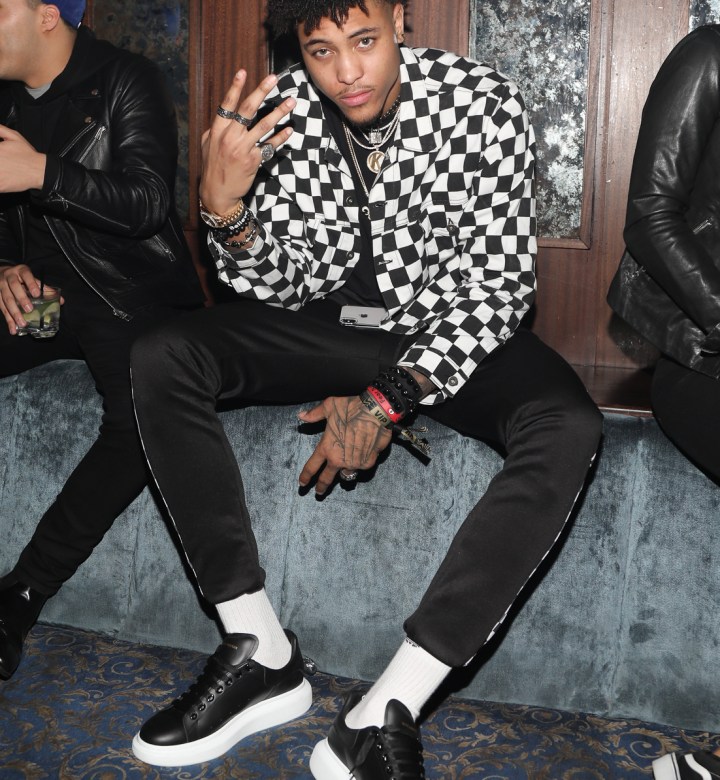 His one-of-a-kind endorsement deal reflects his ability to penetrate culture like few others. Converse, a brand which originated more than a century ago in 1908, will look to Oubre for input on brand campaigns and even product design/rollouts. His influence will be felt inside the heritage-based basketball company.

Converse, a Swoosh subsidiary, will allow Oubre to wear Nike basketball sneakers on the court while lacing up gems from their catalog during more casual settings. Oubre’s affinity for the Nike Kobe series will play out on the floor while curated Converse looks will grace the ever important walk-in looks. It’s the best of both worlds for Kelly, providing him with a freedom few players with similar endorsement deals can claim.

Another notable distinction between Kelly and his contemporaries is that his style is derived from a genuine love for fashion. And if that wasn’t clear by what he wears and how he wears it, he actually interned in Esquire’s fashion editorial department last year. His love runs deep. So much, in fact, that although he can buy just about anything he so chooses, Oubre prefers to thrift just like the rest of us. See, for Kelly style is all about feeling good, not only the brands he’s wearing. Although, when it comes time to pull off designer fits, he, too, does better than most.

While the 2017–2018 NBA season may have been a breakout style campaign for the “Wave Papi,” 2019 is guaranteed to be the year his impact strikes with its greatest force. Aided by an unparalleled Converse deal and assuredly more endorsements to come, Oubre is on his way to full-fledged fashion stardom. So whether he’s strolling through the pre-game tunnel in a steezy fur coat with black leather pants, or a Canadian tuxedo with a tie-dye tee carefully placed underneath, know that there’s thought behind those looks. Know that care was put into it. Know that you’re looking at one of the most stylish guys in the most stylish sporting league in the world.