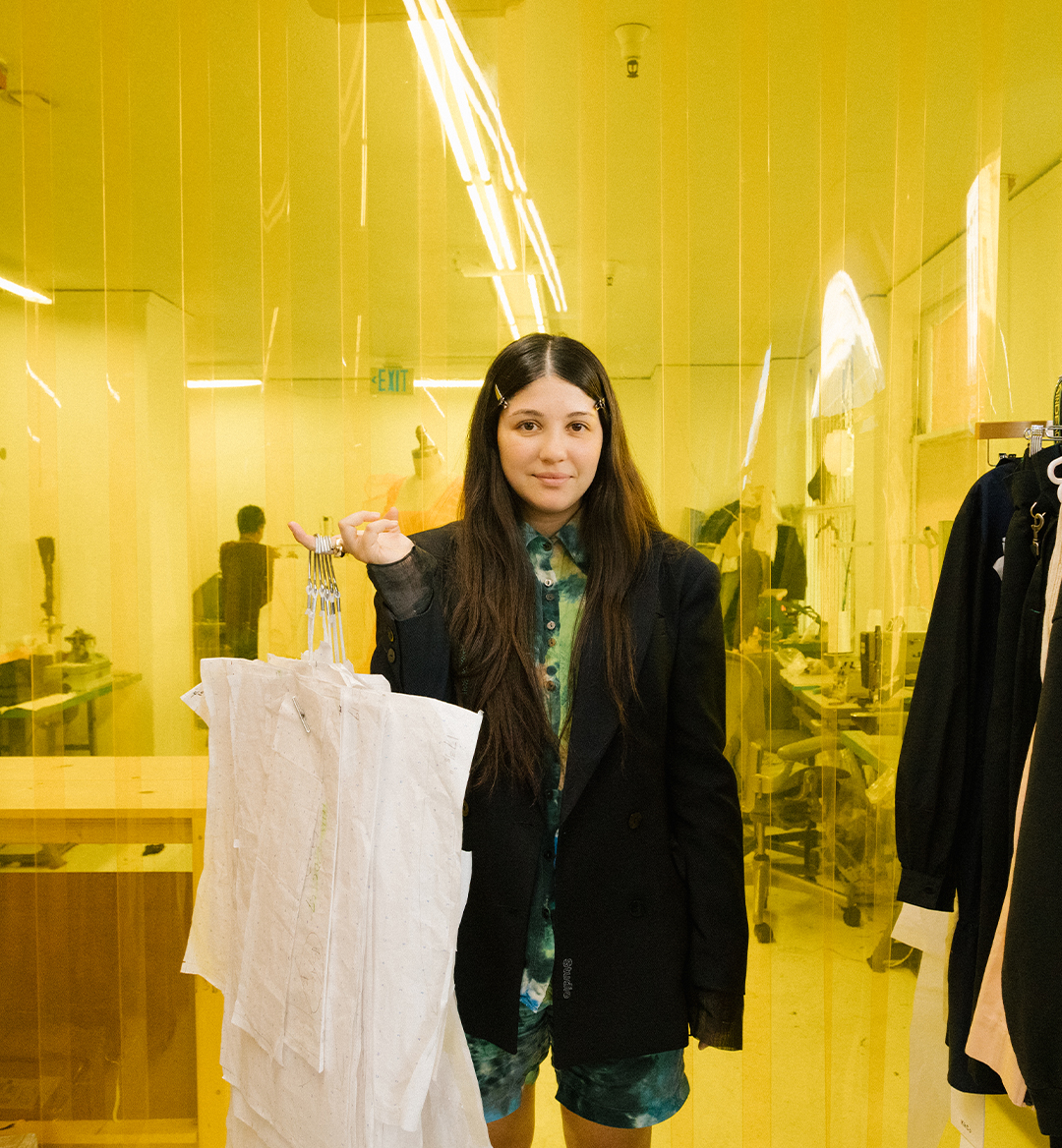 “It’s really just a reflection, or extension, of myself,” Kara Jubin, founder of KkCo, tells me in our conversation exploring the development of her brand over the past few years. The LA-based designer launch KkCo in 2019, and has since released numerous collections unifying the historically disparate notions of utility and femininity. We had the chance to catch up about the genesis of the brand, the newest collection—entitled, BLURR—and the rest of 2022.

Kara prefers to let the pieces speak for themselves, opting for the name KkCo (the second ‘k’ is silent); “It has no meaning at all,” she chuckles to me when describing the name. She originally meant to call the brand simply “K,” wanting the name to construct zero connotation around the product. But when the initial name ran into trademark issues, she opted for a name reminiscent of a grade school chalkboard’s rendition of the 11th letter of the alphabet: Kk.

With a background in domestic production in LA as a freelancer for a myriad of brands, launching her own line seemed the natural next step for Kara in late 2018. “KkCo was something that I feel was the result of perfect timing,” she tells me, referring to the culmination of the skillsets and network she had built freelancing coupled with her desire to build something more personal. “I’d always wanted to start my own brand, it’s something every designer dreams of,” she tells me, adding: “I wanted to give the world my perspective.”

The brand launched its first line in June of 2019.

The primary through-line in KkCo’s garments is a notion of utility. “A lot of it comes from gut instincts or hobbies or things I’m interested in at the moment,” Kara tells me, going on to explain the impact of outdoor culture from the LA area on the brand’s development.

“There’s always a functionality purpose to things. There’s always a balance to the utility,” Kara explains. Throughout our conversation, Kara emphasizes the importance she places on the pragmatism of every KkCo product. “Even if something is super feminine, it’s made of nylon or there’s some utilitarian twist,” she explains. In the early days, the plan was to keep KkCo direct-to-consumer, but as retailer interest in the nascent brand built, they transitioned into a hybrid model—doing exclusive wholesale capsules with certain retailers and other methods of distribution that toed the line between both worlds. In early 2020, they began working on a more wholesale basis, while maintaining exclusive capsules to sell direct to consumer.

“In between [the wholesale calendar], we’re constantly still developing micro capsules for our site or to be offered to retailers that are smaller, but have deep meaning or research behind it,” Kara explains the brand’s current approach to distribution. 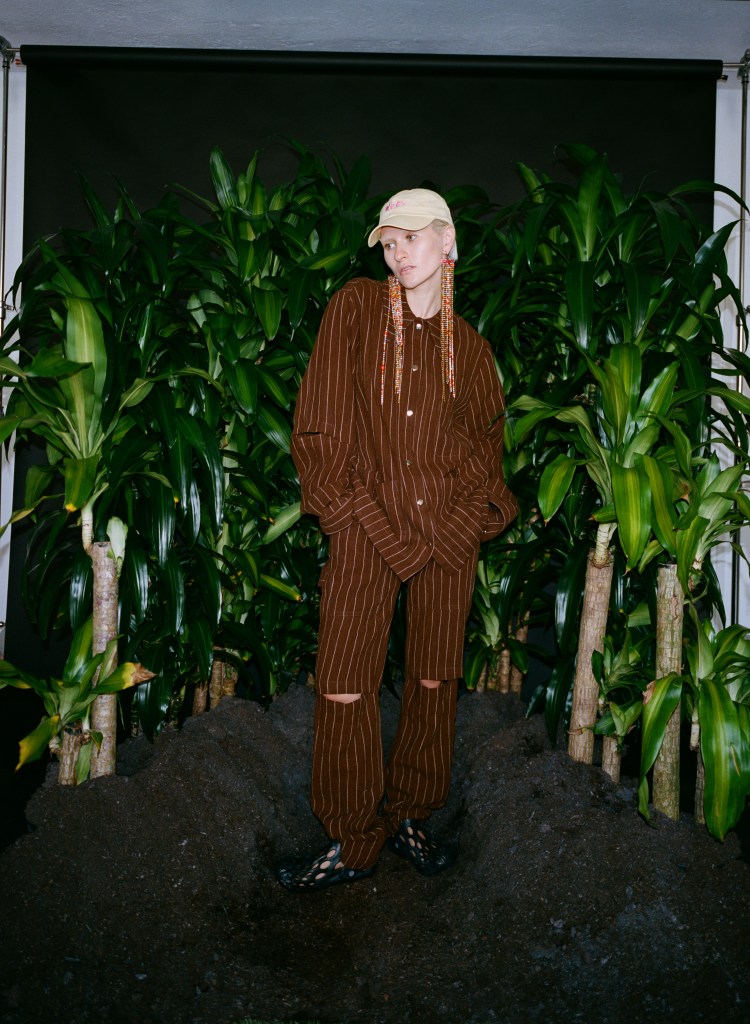 The brand’s latest collection, entitled BLURR, is a textbook representation of the ethos that has driven so much of Kara’s work. A brand built around the ambiguity between disparate practices, Kara’s intent with the recent capsule was to blur the worlds more than ever before. “With BLURR, we kind of blended those worlds. There are nylon dresses, but they’re super feminine,” she explains, adding: “but then they have utilitarian pockets too.” 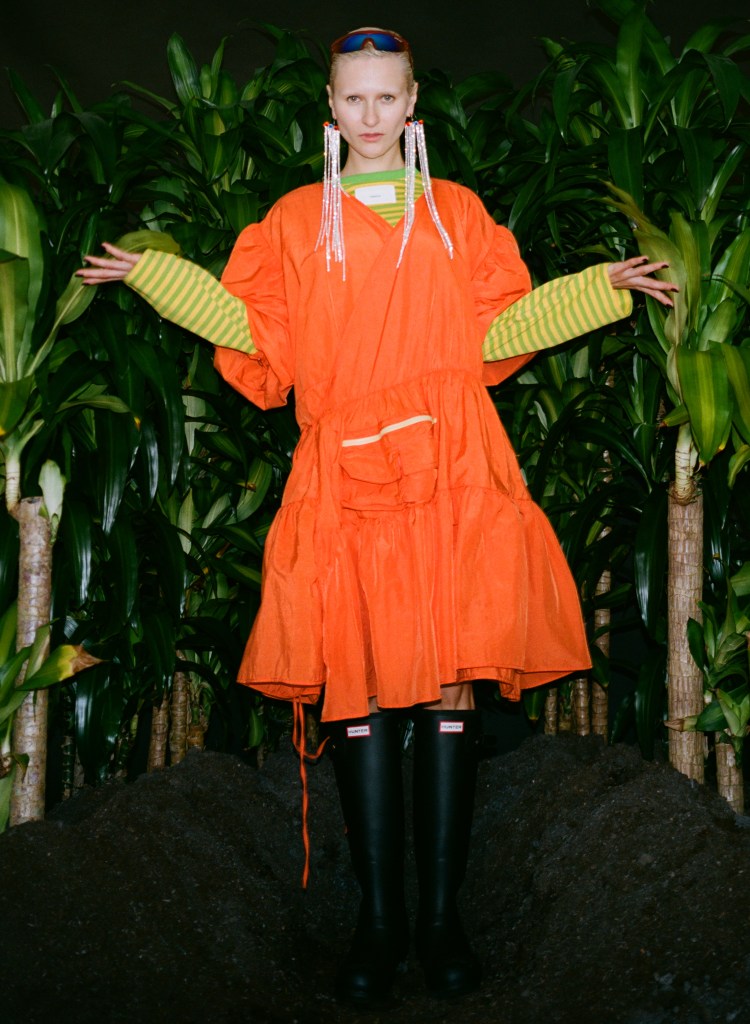 A question she aimed to answer with this collection: “Coming out of Covid, how are we going to want to dress?”

The pandemic prompted many of us to reexamine our relationships with the comfort of clothing; as we begin to emerge, we need to find ways to maintain a commitment to what was once lost, but still feel confident about our appearance as we leave the house. “Its comfort, but doesn’t feel like you're in a sweatsuit,” Kara describes the Canyon sets to me. “Still lounge, still comfort, but we’re ready to get dressed,” she smiles. 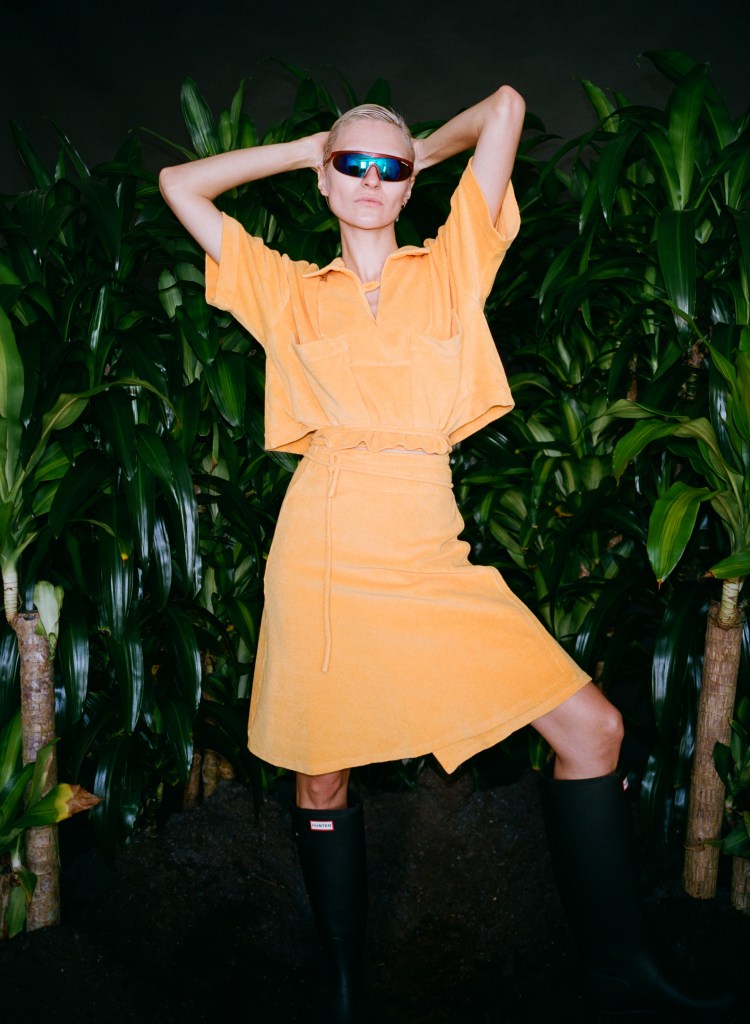 I was curious to hear a bit about Kara’s personal favorite pieces. To my surprise, she is behind the lens for most of KkCo’s lookbooks, acting as designer and photographer. For this practice, the “utility vest is a photographer’s best friend,” she says. The numerous nylon pockets prevent a creative from needing to lug around a bag to carry the tools of their craft. “I like that there’s that balance. You feel feminine but it still has utility,” she explains.

Kara is already working on the brand’s next collection, Apricity. "Apricity" is a criminally underused word to describe the feeling of the warmth of the sun—particularly in winter. “We went deeper into the idea of utilitarian mixed with feminine, but also pulling these colors that feel very much an ode to California in the winter,” Kara explains the forthcoming collection. “There’s a lot of 90s Oakley colors—or like 90s Quiksilver—washed out blues and limes,” she describes, a color palette I am certainly familiar with. That collection will debut in the fall.

She’s also working on the KkCo Outside project, a segment of the brand that focuses more heavily on functionality, specifically for the outdoors. It first launched last year with Urban Outfitters, and is returning this summer with Urban and SSENSE. She sourced a lot of old Patagonia, North Face and Gramicci to help construct the functional garments for the outdoor-focused line.

KkCo, like its founder, is all about the ambiguous zone between distinct worlds. “Artfully weaving between masculine and feminine, sport and special occasion, function and form, KkCo occupies the space between,” reads the brand’s onsite description. Whether one identifies as an outdoors-aficionado, artist in need of extra pockets or just someone who wants to wear a pretty dress, KkCo is a good bet. You can shop the brand at their website or on SSENSE.