This Rising Musician Is Riding the Social Media Wave 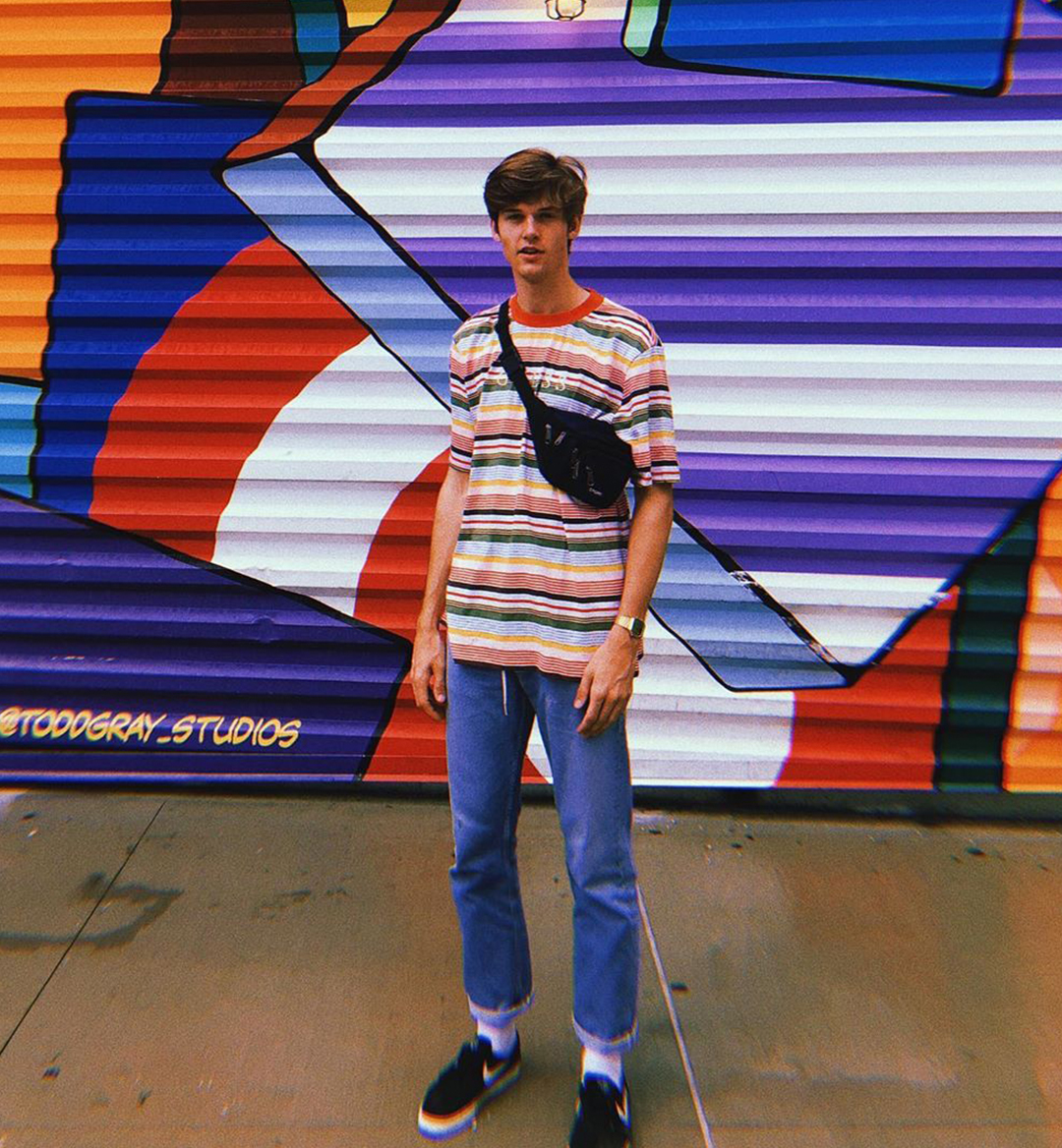 Simon de Wit, most known his pseudonym name Blanks, is a rising star from the Netherlands. Harnessing the power of social media and community, he has been creating hit singles with his Instagram followers, allowing them to vote on the composition of each song such as tempo, lyrics, melodies and more.

The results are genius. His tunes are happy summer bops, entirely self-produced and radiating with positivity.

At only 22 years old, De Wit is on the up and up. He tweets positive messages (a particular favorite: “The sun is shining and ‘Dancing Queen’ by Abba is playing on repeat. What a day”) and calls out his fans for participating in crowdsourced songs. He ideates different video categories to YouTube, like his classic one-hour song challenge, in which he covers a Top 40 song in 60 minutes; a style swap category, where he takes community-submitted songs from current artists like Post Malone and tweaks them to sound like the nostalgic decade of the ’80s; and the endeavor, where Instagram followers write a song with him. Basically, this kid is crushing the community feedback loop.

ONE37pm snagged a moment with him while he was visiting New York for Indie Week. Read up and listen, because in a few months, you’re going to want to say you knew this kid before he made it big.

How long have you been making music?

Simon de Wit: I started playing guitar about ten years ago in high school. Eventually, I started singing. About four or five years ago, I wanted to start writing for myself. It wasn’t really good, actually. [laughs] But you keep trying to make it better, and eventually, it does become better.

Where do you live and how old are you?

De Wit: I’m 22. I live in the Netherlands in a small town up north called Groningen. It’s a very tough name to pronounce. It’s calm, with not a lot of people. This is my second time in New York.

How many instruments do you play?

De Wit: I play the guitar, the bass guitar, the ukulele and I sing. I like to think of my computer as an instrument because I create so many sounds with it. A little bit of the drums, but I’m not very good.

Where does the name Blanks come from?

De Wit: My Dutch name is Simon de Wit, which translates to Simon White—which just doesn’t feel cool as an international artist’s name. I came up with Blanks and it just sounded cool. [laughs]

You let your Instagram followers write a song! How did this come about?

De Wit: I was brainstorming with a friend about new concepts for my YouTube channel. And we noticed how creators were letting their followers decide their day. Like, “Should I buy coffee or tea?” We thought, what if you could do that with music?

So I go into the studio and say to my followers, “Do you want a happy vibe or a sad vibe?” So I’m using Instagram Stories functions like Polls and Questions and letting people vote.

Eventually, we create a track with drums, guitar, synthesizers. Then viewers send in melodies. I get so many DMs of people singing to their phone. People send in lyrics. And then a song is born.

How long do you wait for people to respond?

De Wit: It usually takes six or seven hours to write a whole song. I wait around ten minutes between each, and a few thousand people will have responded at that point. If I wait for longer, it’s not manageable.

De Wit: I’ve actually talked to someone from Instagram at VidCon in London. He really liked the idea and asked me about new ideas.

When did you decide to crowdsource the music video?

De Wit: If everyone helped me to write the song, they deserved to be in the video. It was hard to check if it was the exact same people, but the engagement was amazing. There were thousands of videos. I spent a full week watching. People created green screen beaches and filmed in their cars. It was great to see.

From a growth perspective, did you see an increase by including fans?

De Wit: “Waves,” the crowdsourced song, is close to 1 million streams on Spotify. It’s by far the best single I’ve released. It’s also their song. I’m releasing my song, but they helped. It’s like a group project!

I did a second one two weeks ago called “Higher” with my followers. I dropped another new song yesterday called “Let’s Get Lost,” which I wrote and produced myself.

De Wit: Style swap is taking a popular song and turning it into something different. “Better Now” by Post Malone became an ’80s song. It blew up last year. It’s actually viral on TikTok right now. I love the ’80s.

Then I do a one-hour song challenge. I re-create any Top 40 song in my own style. It’s really stressful. Someone made a compilation of me screaming during those hours.

Any advice to a new musician looking to break out?

De Wit: A piece of advice I saw in a Gary Vee video: Don’t try to create, just document. I started the one-hour song challenge two years ago. If I listen back to those original videos, they’re not that good. But seeing myself getting better is great. People stick around and like to see growth.

If you’re in your room trying to get the best product possible, no one will know about it. But if you’re online sharing your story, people stick around for the ride. You can build a community.

You’re not scared to show the imperfect stuff?