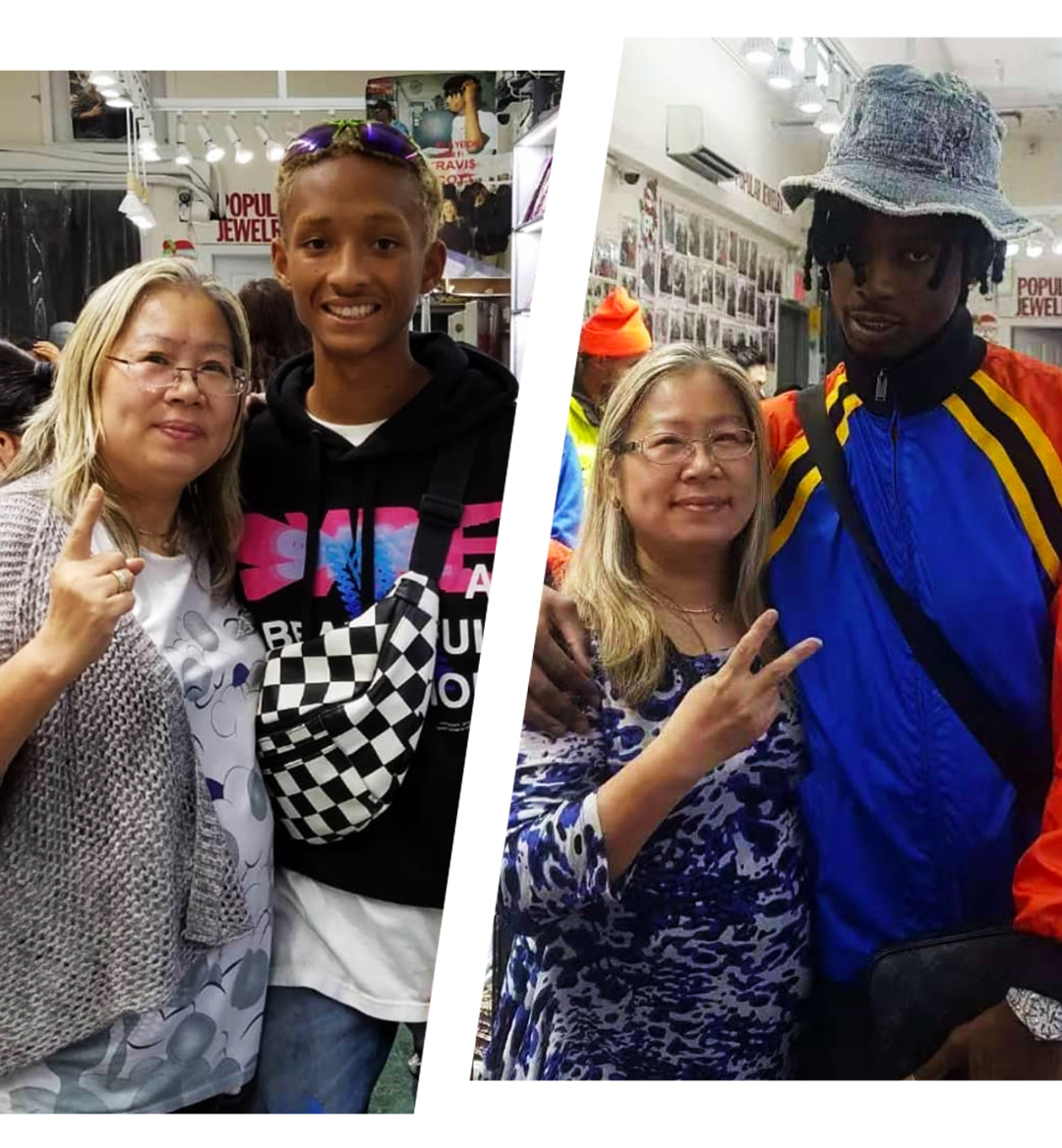 For 58-year-old Chinese immigrant Eva Sam—or A$AP Eva, as she’s known to friends and regulars at her Canal Street jewelry store Popular Jewelry—all her biggest life events are intrinsically tied to rapper’s birthdays. “I opened this store on October 3, 1988, the same day as A$AP Rocky’s birthday,” Sam tells me, beaming. “He was born the same day, the same year.” Rocky shot a portion of his “Fukk Sleep” video at the store, which is sandwiched by souvenir shops and hidden under a yellow awning at 255 Canal Street—serendipitously around the corner from Howard Street, aka “Clout Alley.”

Again, when her store caught fire in early 2014 and nearly burnt down, it reopened on Nov. 6th, the same day as Chinese rapper and former EXO-member Kris Wu's birthday. “He comes to visit me too,” she adds, gesturing at the collection of photos that wallpaper her fine jewelry outpost. 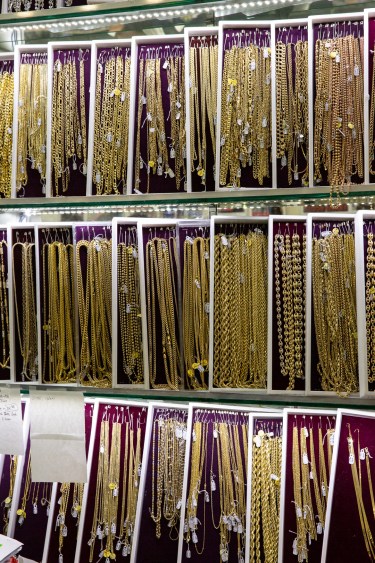 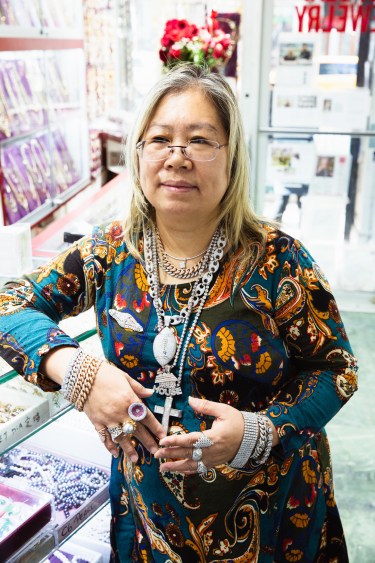 On the walls, visitors can survey Sam posing with bold-faced names like “Magnolia” rapper Playboi Carti, actor Jaden Smith and the A$AP Mob, the members of which bequeathed her her honorary title. It's a hall of fame of rap's biggest names and the bling they've purchased there. For Carti, a pair of custom earrings; for Travis Scott, a Jesus piece. She also created custom jewelry for Beyoncé's Formation world tour. What’s uncanny is her ability to recognize these stars—she tells me that if someone looks famous, she’ll ask who referred them to her. “They tell me, ‘Oh, Travis Scott told me about you.’ ‘Pharrell sent me to your store.’” 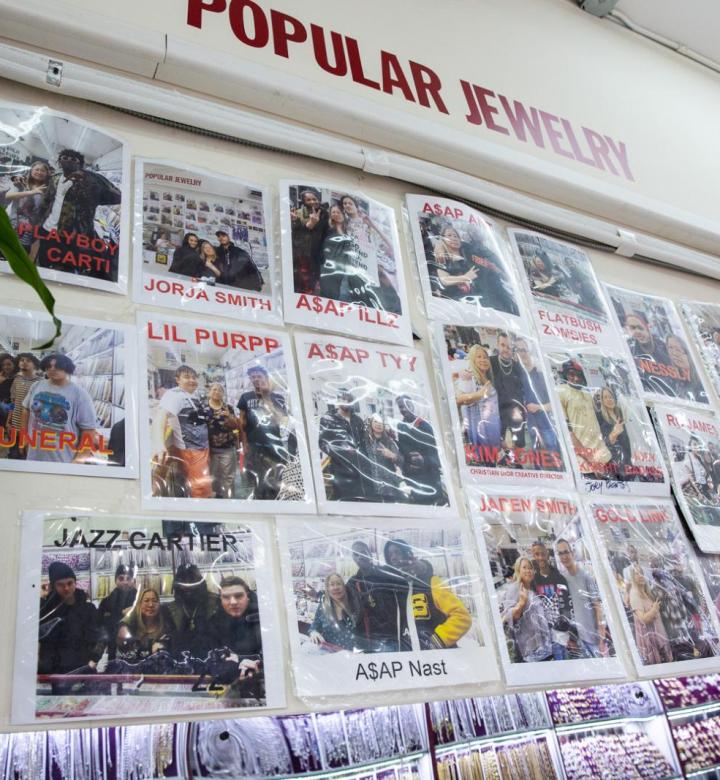 By sheer force of hard work, Sam has made her store a crucial pit stop on any downtown shopping tour. Her own induction into hip-hop royalty began when Wu-Tang Clan’s Cappadonna came to visit her store in 1996. Satisfied with his experience, he began preaching the gospel of Popular Jewelry to friends. Then came the deluge: “Tracy Morgan has come in a lot. Cee Lo Green, Beyoncé––actually, I have known her for 20 years,” she says, matter-of-factly. “Whenever you see jewelry on a TV station, it is probably mine. My jewelry has been on Saturday Night Live a lot.”

The most outrageous piece she’s had to create was for an SNL skit in which Tracy Morgan played Gaddafi. In it, he wore an onyx pendant in the shape of Africa with a diamond border. “They told me I only had two days to finish it, and I had to tell my husband I can’t sleep, or eat,” she says. “I worked so hard.” 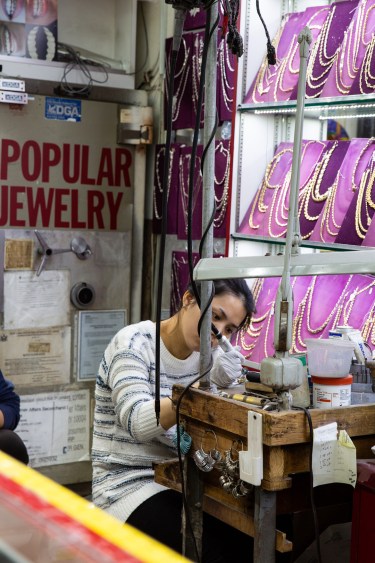 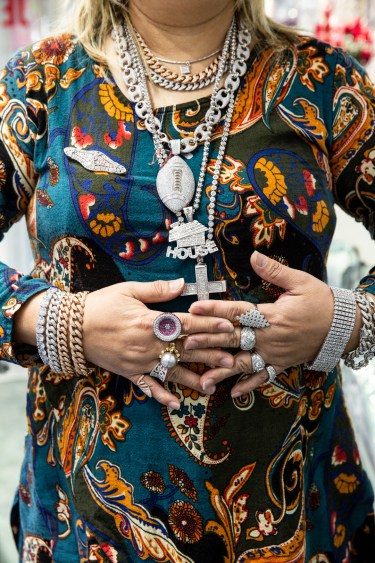 Through all of Canal Street's rapid gentrification, Popular Jewerly—a totem to good, honest customer service—has remained at its fixed address. It was originally a small booth in the front of its current location but has continually expanded over the years. Sam opened it in 1988 after following her family to the States. “Whatever [customers] ask of me, I know how to make it because I have been training since 1982. I worked for my brother, and he owns three jewelry stores. After I trained for six years there, I opened up my own business, and it was easy for me.”

The rapper cred helps, sure, but she credits the majority of her shop’s success to two things: Her operating hours (8:30 a.m. to 8 p.m.) and her store’s proximity to three busy courthouses. “Because I am close to the civil court, when someone wins a case and a few million dollars, they come to buy tons of jewelry,” she says. “My husband told me, my mother told me, and my brother told, my family told me––everybody told me, ‘This is not a good location, don't open it.’ But I said it was a decent, good location because Canal street has about 100,000 people walking in and out of the court.” 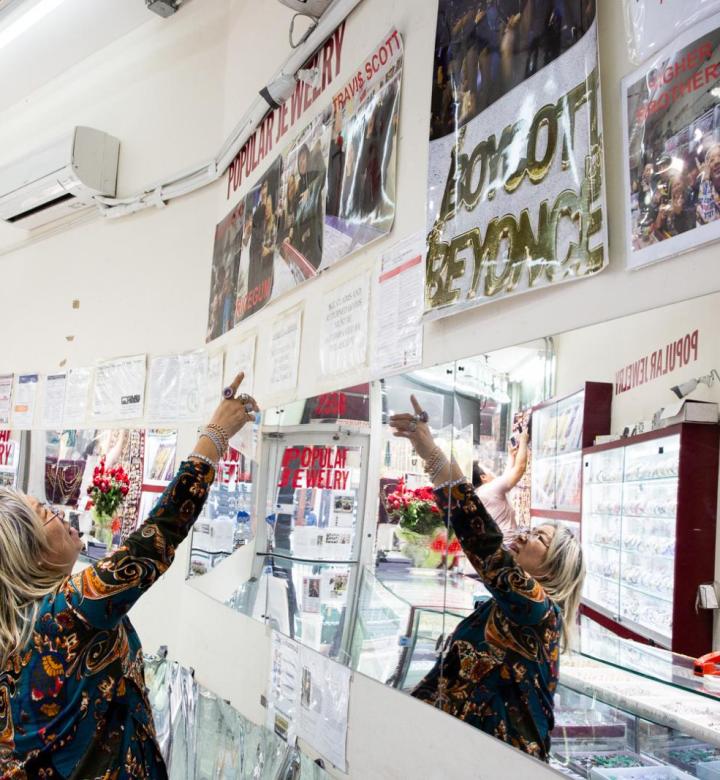 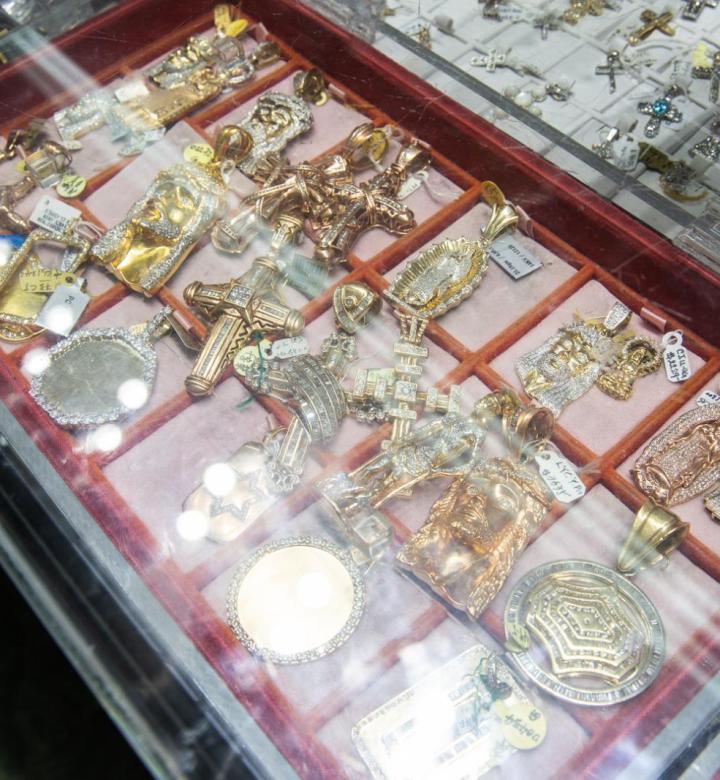 Sam has sold pieces for as much as $100,000, and they have the nous and equipment to craft customized pieces upwards of $1 million. But more than money, Sam is in this business to make strong connections with her customers. “I feel like everybody likes my store. Everybody comes in with their phones to post on snapchat. They’ll tell everybody, ‘I’ve come to visit my second mom in New York.’ Everybody treats me like a mommy.”

Earlier this month, A$AP Rocky returned to his favorite haunt on Valentine’s Day. He didn’t purchase anything but came simply to give Sam a hug. It’s moments like these that make it all worth it for Sam, who tells me with a smirk, “That is something like a modern mob!” 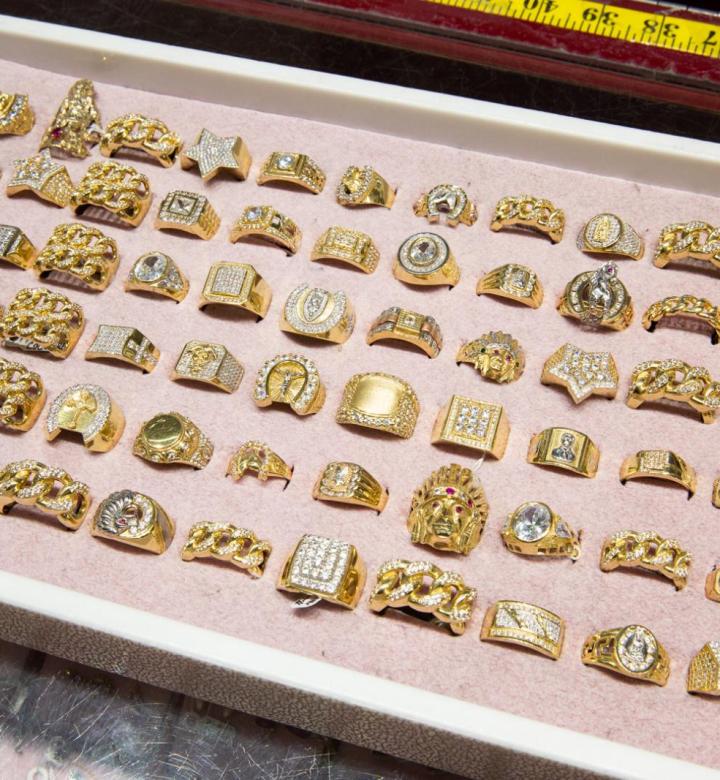