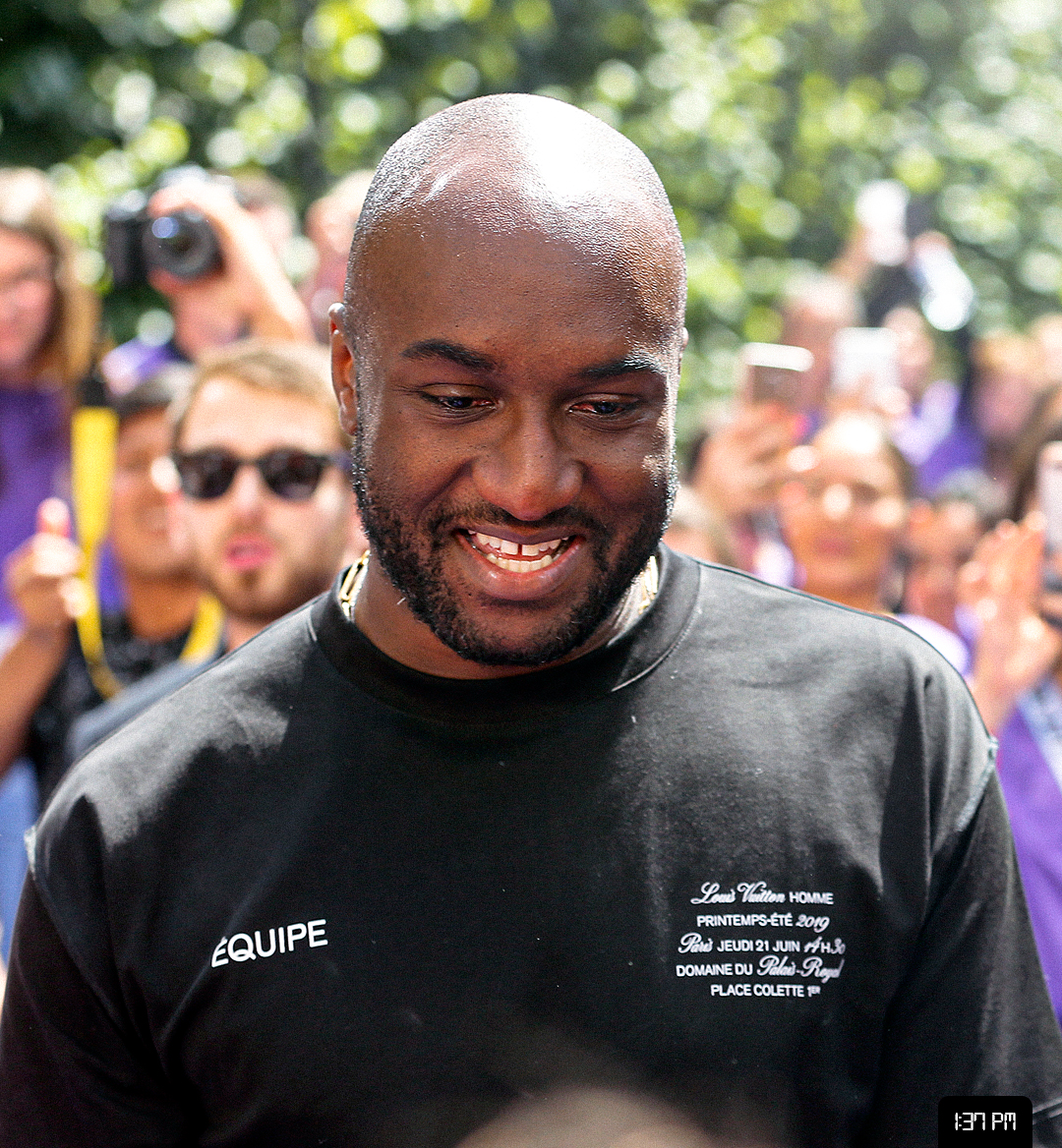 Last Night, Louis Vuitton paid tribute to creative director Virgil Abloh with a presentation of his spring summer 22 collection in Miami. The show, which had previously been shown in June, was initially intended to be a private, client-oriented event coinciding with Art Basel Miami, but given Sunday’s horrific news, was changed to honor the late designer.. The final show arrived just over a month before Abloh would have presented his 12th collection for the fashion house and was called “Virgil was here”.

The show began with a screening of a short video, published by Louis Vuitton on the day of Abloh’s death, which depicts a young boy riding his bicycle around picturesque scenes of Miami to a wistful, yet optimistic soundtrack. The film concludes with the boy dropping his bike in a field and scrambling onto a bright red hot air balloon, alluding to Virgil’s child-like sense of curiosity that fueled his design practice. The point was driven home with one of Abloh’s countless quotes that played before the show.

“I’ve been on this focus, in terms of my art and creativity, of getting adults to behave like children again. That they go back into this sense of wonderment. They stop using their minds and start using their imagination.”

Countless friends and family attended the event in a massive outpouring of support, with superstars like Kanye West and Pharrell Williams among those seen celebrating the designer's legacy. Onlookers watched as models meandered around open spaces and wove between thin trees, dressed in an eclectic mix of brightly colored suiting and streetwear. Some of the models featured included Kid Cudi, Offset, Quavo, and A$AP Nast.

After the presentation, fireworks and a drone performance honoring Virgil lit up the sky of the marina alongside afterparty performances from artists like Kid Cudi.

The loss of Virgil Abloh is tragic, but in his absence we are reminded of everything he was able to bring the world in a mere 41 years. He was a visionary who always thought and designed unconventionally, and in doing so created the future. He inspired millions to pursue their own careers in art and design. He proved that regardless of color, regardless of background, and regardless of belief, each and every person has an innate ability to leave a mark on the world. Most of all, he taught us that you can do it too...