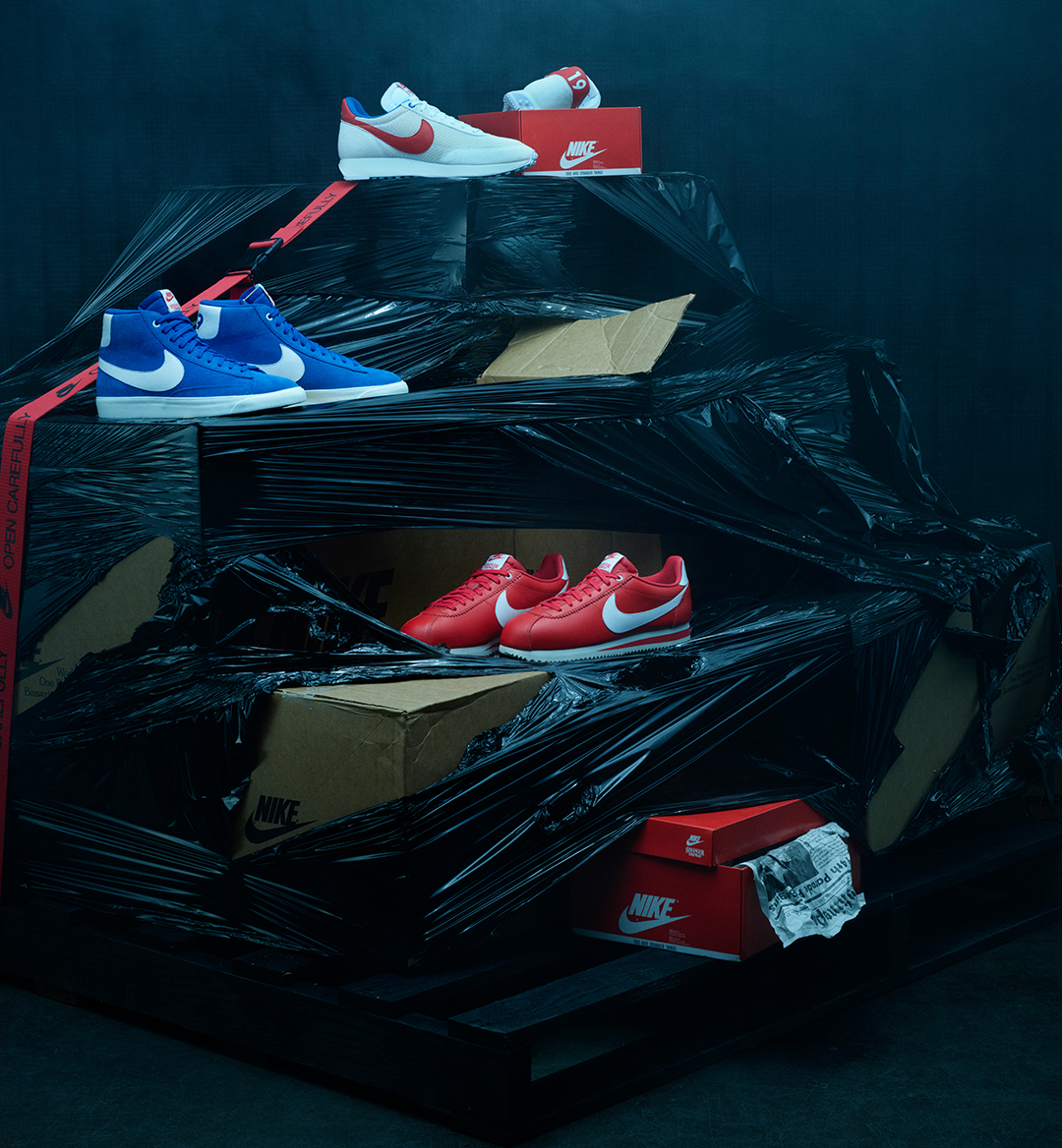 Anticipation for the third season of Stranger Things has reached a feverish boil. The famed Netflix series is set to return to the streaming platform on July 4 to an onslaught of fans teeming for new adventures in Hawkins, Indiana. Equal parts The Goonies and E.T., the retro-fitted 80s franchise has grown culturally ubiquitous. The show has been heightened not only by the fandom of eager and faithful viewers but also by the bountiful cross-branding opportunities that have latched onto the thriving series.

Looks like the shipment has been found! @Nike x @Stranger_Things first look! pic.twitter.com/p5nxRG3e6j 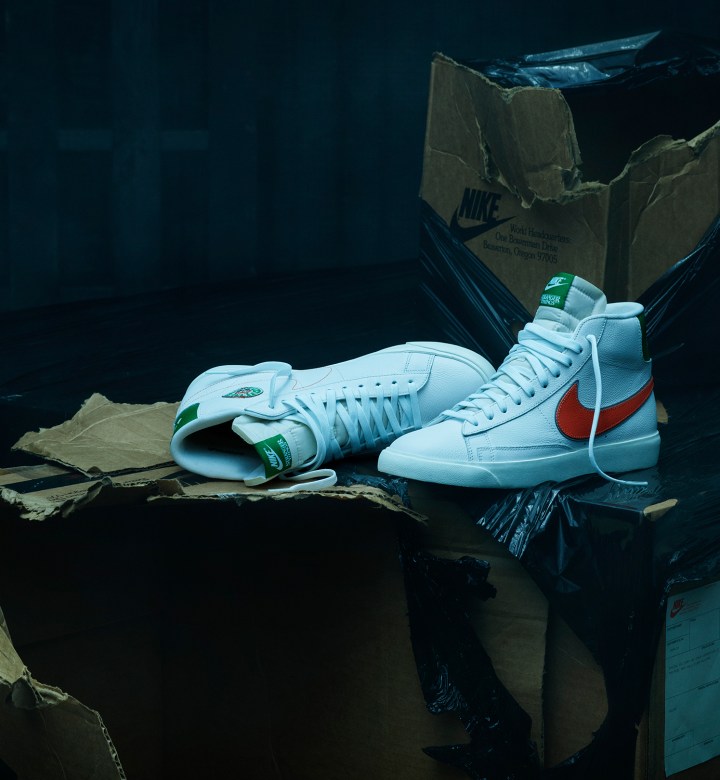 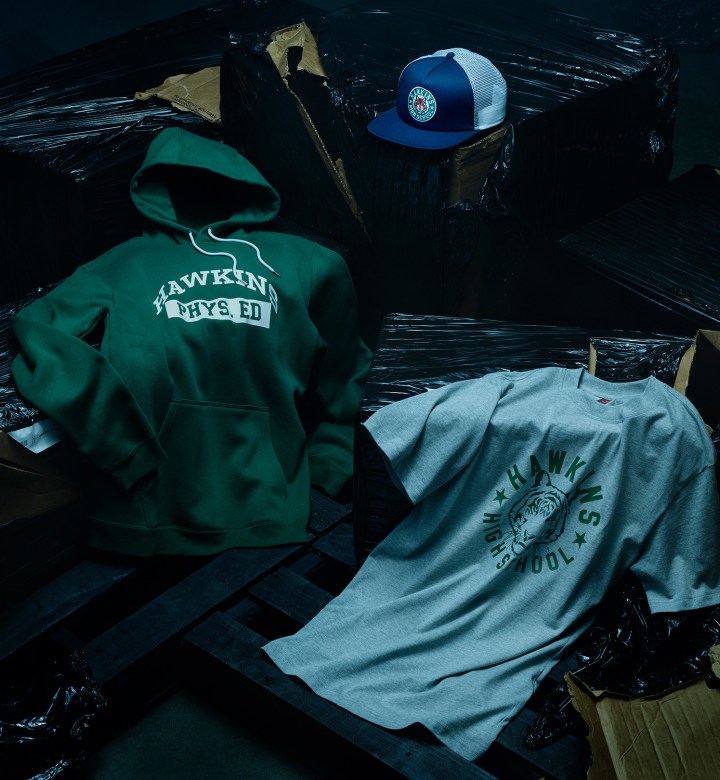 Today, Nike announced its long-rumored collaborative collection with Stranger Things on the heels of the show’s third season. Powered by a clever marketing campaign, Nike posted vintage 1-(800) billboard campaigns in New York and Los Angeles with messages that seek a lost trucking shipment from 1985. This seamlessly ties into the third season where the Hawkins crew is on the cusp of entering high school, dealing with the riggers of love, friendship and, you know, monsters and ghouls and such.

Duality plays a critical role in the smartly curated collection as Nike fills the sneaker offering with iconic styles produced in the mid to late ‘80s to run concurrently with the show. Much of the draw to Stranger Things is its vibrant and considered look into ‘80s culture—the bright-colored clothes and the flowing, feathered hair. Nike’s vintage footwear flows into the costume styling of series perfectly.

What is @Nike up to? pic.twitter.com/SsFOetzsDh 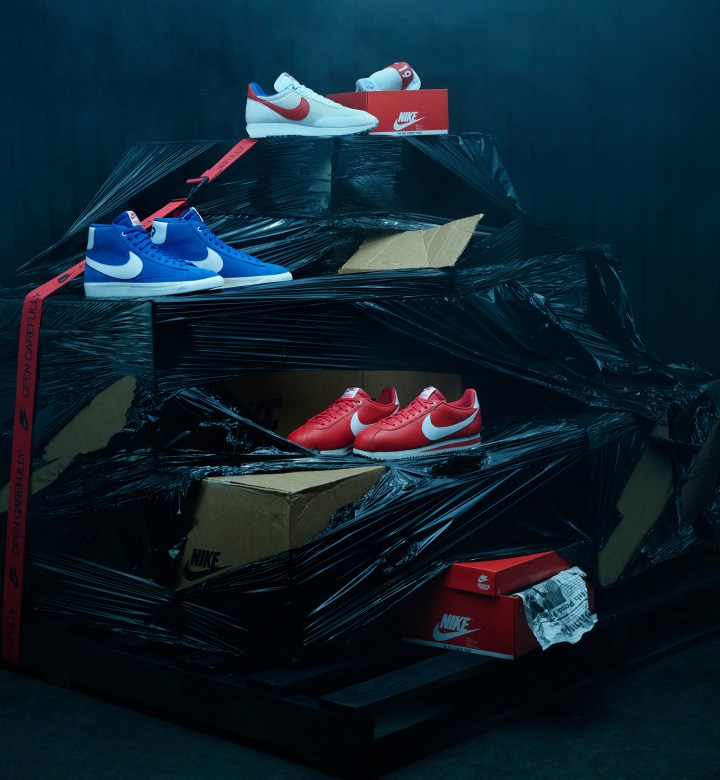 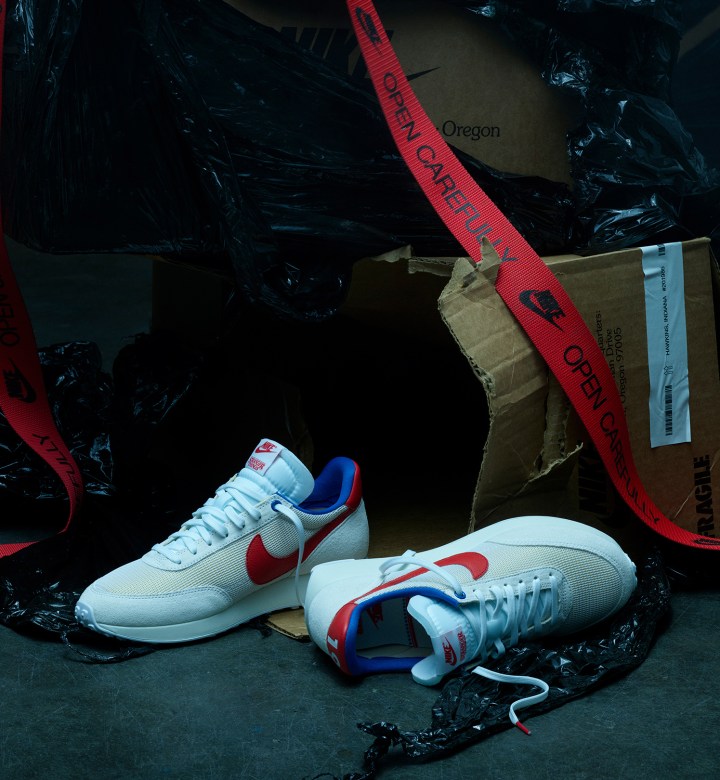 Sneakers like the Nike Cortez, Blazer and Tailwind offer a timely aesthetic ripe for visual nostalgia. Each of these classic styles was available in the summer of 1985, which is when the third season leaps into action. All three sneakers (and a supporting apparel collection) are hued in the representation of Hawkins High, capturing a tonal representation of the epicenter of the small town.

Like any good television series, storytelling is a primary qualifier for success. Nike amplifies its position as a leader in narrating a compelling story with the authenticity of this budding collection. Look for the Stranger Things x Nike Collection on June 27. A second collection that hasn’t yet been revealed will follow on July 1.