A special design for a special cause 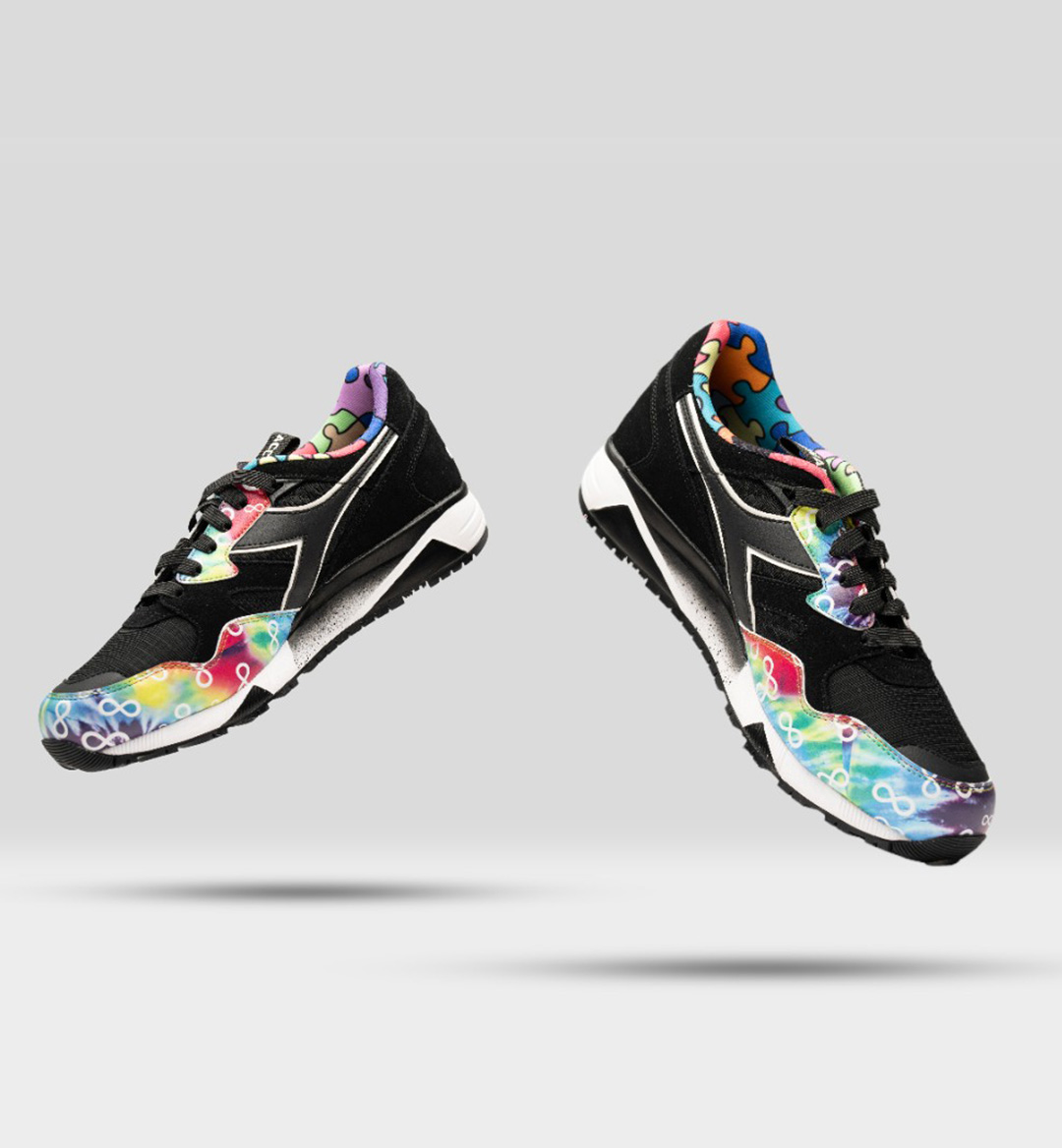 In honor of Autism Acceptance Month, Foot Locker is partnering with former professional wrestler turned designer Sarath Ton for a special collaboration to shine a light on autism – the community, the challenges they face, and their inspirational triumphs. Ton, whose brother-in-law lives with autism, has reimagined the Diadora N9002 in honor of Autism Acceptance Month. The "Be Seen" Diadora N9002 features an alternative closure option designed to help autistic individuals who may not have the fine motor skills needed to tie shoelaces. 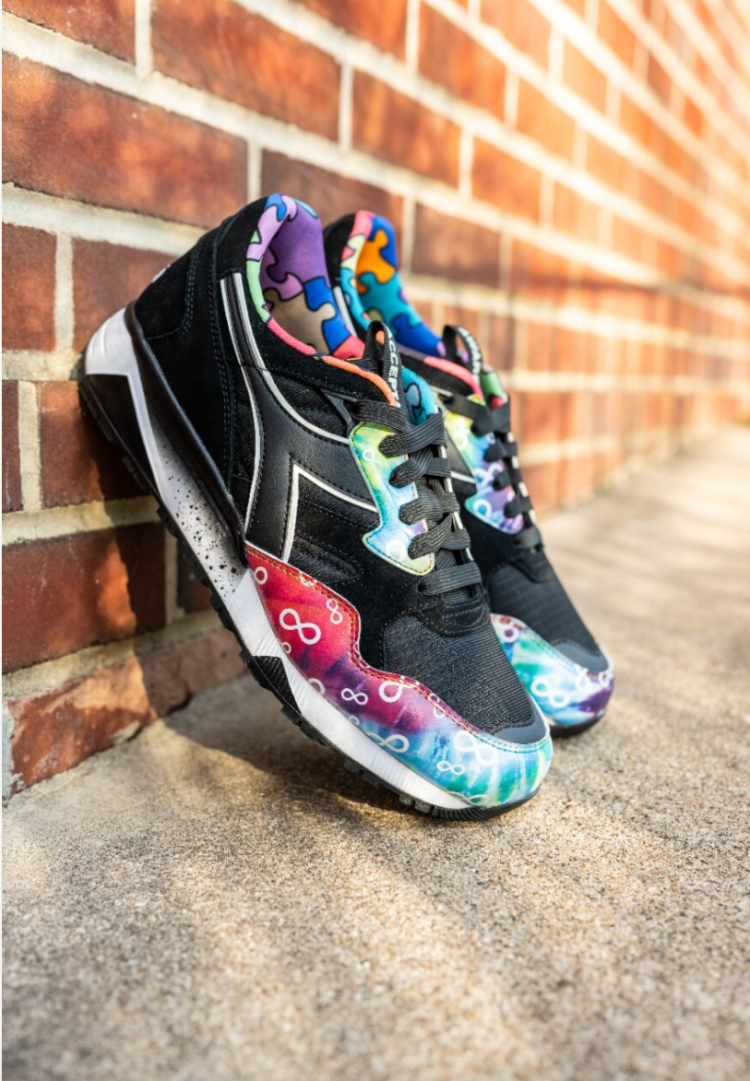 During the course of his wrestling career, Ton always knew that a career in the arts was his calling. Taking sewing/design classes in his free time, Ton personally designed his wrestling outfits, and now works as a designer for the WWE. An avid sneakerhead since childhood, it should come as no surprise that Ton has made his way over into the world of sneaker design, creating what just may end up being the most profound sneaker of 2022.

ONE37pm chatted with Ton to talk more about the shoe and his design career, which you can check out below. 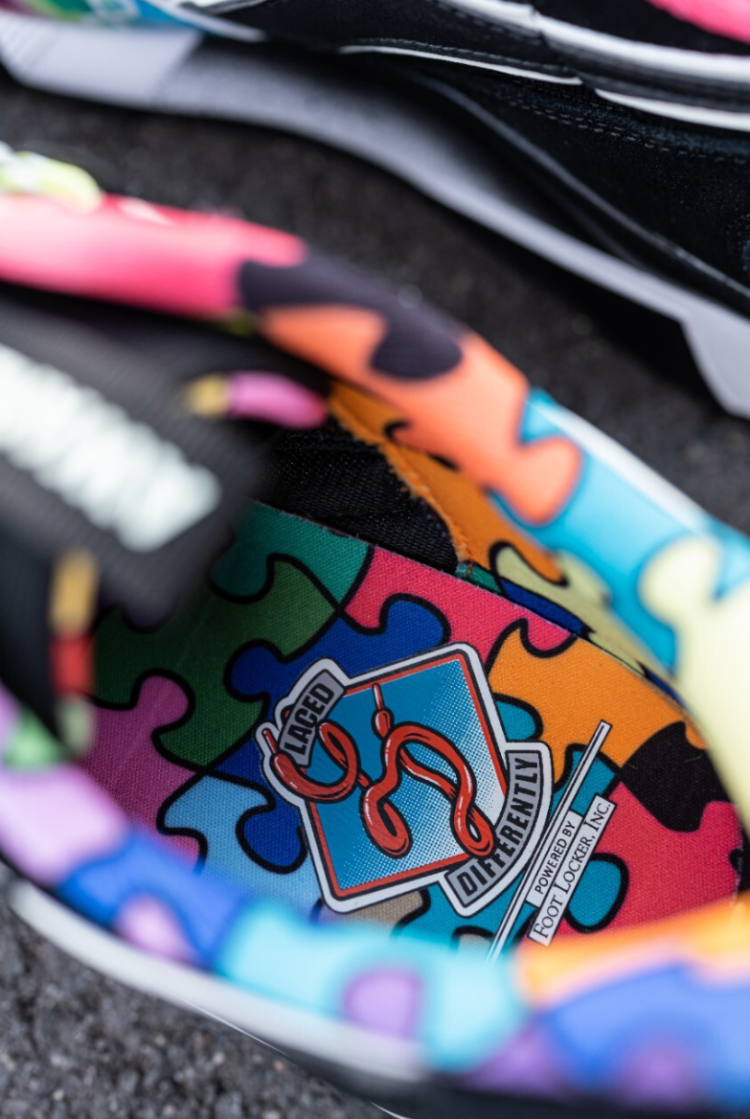 I also talked to some families who had autistic children, and they would look at the puzzle piece and say that their child wasn't missing a piece and that they were fully formed human beings that were the final piece to their families. They made it clear that their families weren’t complete without them. Hearing stories like that made me feel like I couldn’t leave both symbols off the shoe.

The tagline for this project is “Be Seen,” with the idea that autism isn’t really understood that greatly in modern-day society. Sometimes autistic individuals are tucked into the background, and we’re saying that they need to be seen just like everyone else. The front of the tongue has “Acceptance” and “Awareness” written on them, and the Diadora symbols glow in the dark so they can be seen like everyone else. My favorite part of this shoe are the elastic laces so that those with lower motor skills can put the shoe on by themselves."

ONE37pm: You created this shoe specifically for Autism Acceptance Month, what does it mean to you to be working with Foot Locker on a project that’s dedicated to such a great cause?

Ton: To be working on something for autism is something I hold very near and dear because my brother-in-law Joshua is autistic. Spending time around him and getting to know his genuine spirit and love of life is very inspiring to me. I’ve always felt that if I could take his level of appreciation for the little things and apply them to my life, that my life would be a lot happier.

Working with Foot Locker was great because I’ve always been a sneakerhead. My first job was at FootAction, and I worked my way up to being a store manager. I grew up in the projects and didn’t have a lot of money. One of the first things I did when I had some money was buy a pair of sneakers. To be able to have a sneaker that I designed on the walls at Foot Locker is a dream come true. I’m elated and honored.

ONE37pm: Now prior to becoming a designer, you were also a professional wrestler. Could you talk just a little bit more about that transition, and when you first discovered your love for design?

Ton: Not necessarily. I’ve always grown up loving art. I remember drawing Ninja Turtles at like three or four years old. I always excelled at art and took it in high school, and I knew wherever my life took me, I was gonna follow my creative endeavor. My junior year of high school I started training to be a professional wrestler because that was something I always wanted to do. I followed the Hardy Boys in the WWF, and they were known for making their own costumes.

My senior year I took a sewing class, and when I started wrestling I began buying fabric and old clothes and taught myself how to make wrestling clothes. It kind of just spiraled from there. A lot of my design style comes from my love of comic books, fashion, and television.

My current profession is creating and designing wrestling costumes for the WWE now! One year I was asked to come in and help for two months with Wrestlemania, and they were happy with my performance eventually asking me to stay on for another year. Six months later they extended me for another three years. I’ve been there since!

ONE37pm: What else can we expect from you? Any other projects you are working on?

Ton: As part of this project we are making a $25,000 donation to Doug Flutie Jr. Foundation for Autism, and I have a lot of wrestling stuff design-wise on deck. I also have a specific project that I can’t reveal just yet, but you guys will know when I do!

Also, one of the most important pieces about this entire project is having this amazing kid named Ben Rosloff, who is an autistic filmmaker from Long Island who documented the creation of the shoe and shirt. He shot the doc, edited it, animated it, and is currently adding closed captions for the hearing impaired individuals out there. His love for this project mirrored my own, and the documentary is out right now on his YouTube channel. I encourage people to take a look at it!

The 30 Best Sneaker Collaborations of All Time