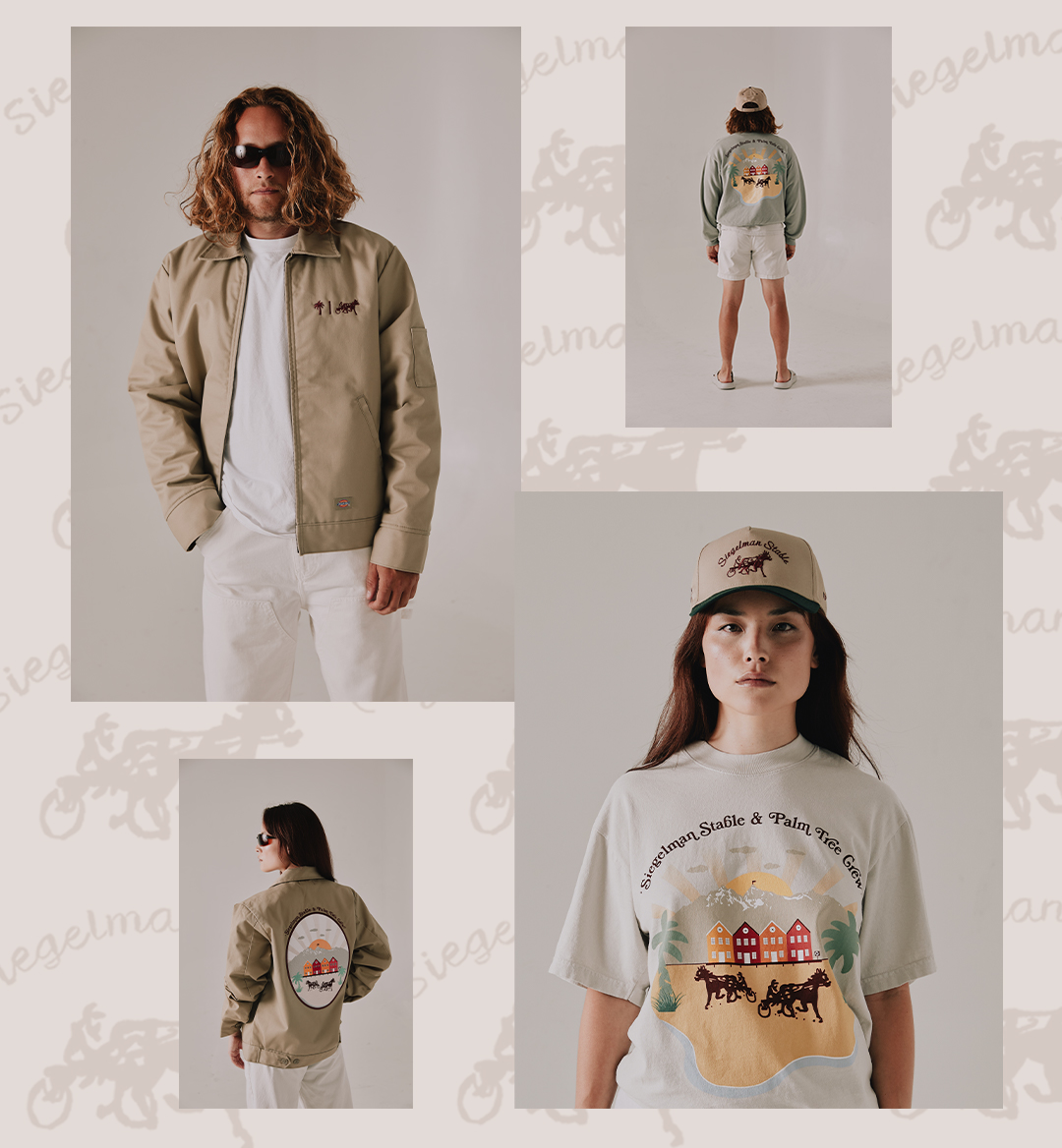 “Know that no one knows anything,” Max Siegelman chuckles to me at the tail end of our conversation about his brand, named for the horse stable his father founded in 1982. Since Max and I first met in early 2021, Siegelman Stable has gone on to become a staple of numerous celebrity wardrobes—from Future to Kendall Jenner and more. With a few years under his belt and more on the horizon than you can shake a stick at, Max is more introspective than before, rife with some good advice for fledgling designers and eager for a future of untold possibility. We caught up ahead of the brand's collab with Kygo and Palm Tree Crew in Oslo next week.

The Genesis of Siegelman Stable, the Horse Stable

Max’s father founded Siegelman Stable in 1982. Growing up, having a horse trainer as a father seemed like the norm. Not only was his dad a horse trainer, but he made an effort to instill in Max the importance of giving back to the community and allowing everyone the opportunity to see the bright side of the horse racing industry. After years of having his own stable, Siegelman Sr. began his very own equine therapy programs—focusing on the therapeutic possibilities allowed by our favorite equine counterparts.

“He always had this second layer of his racing stable—not necessarily about the racing and the gambling and all the stuff that is very mainstream and what people see,” Max recalls the early ethos of the stable, going on: “He basically opened up his stable for different kinds of programs. He created a program with inner city youth in Newark, NJ—because the stable was located at the Meadowlands just outside of the city—where they could come in and learn horsemanship and see the horses. And basically take them after school, instead of going out and getting in trouble, give them an opportunity that they typically would never have.” This early element of the brand lingers today in the practices of Siegelman Stable as a clothing brand as well.

“That was always what I saw,” Max recalls warmly of the early days of the stable and his dad’s commitment to the community. Since the early days of Siegelman as a horse stable, the driving tenor of the brand remains. In Max’s words: “And that really evolved into a lot of equine therapy programs for veterans, kids with disabilities, and—during the pandemic—working with a lot of doctors and nurses, doing trips bringing the mini equine horses into hospitals.”

Let’s backtrack a bit. It’s April of 2020. Max works for OUTFRONT media as a Head of Cultural Relevance, in addition to working privately as a consultant for music artists, athletes, and other celebrities. He was the only person with signature Siegelman Stable gear from the 80s, featuring a logo sketched on a napkin by his mother in 1985. People started asking him, “Where can I cop?”

Max conducted the first drop for the brand in June of 2020, with a portion of the proceeds going towards the Fletcher Street Urban Riding Club, a non-profit “evolved from a century-long tradition of Urban Black Cowboys in the ‘City of Brotherly Love’ and one man’s commitment to provide horsemanship experience in the inner-city.” The initial run included six OG pieces from Siegelman, and a collaborative piece between the brand and the club. Max released those original pieces a few times before moving onto other designs, all still built around a primary design concept.

Siegelman Stable quickly became ubiquitous in the wardrobes of numerous southern rappers, from Gunna to Future and more. Max even managed to get the player address for NBA Orlando Bubble and sent some pieces there, a marketing tactic that paid off. Tim Hardaway Jr. became a fan early on, but the list of players who wear Stable to date is growing. “Tim has become someone who will get every piece that I put out, and rocks it all the time,” Max tells me.

In 2022, Kendall Jenner was spotted rocking the trademark hat at Paris Fashion Week; “I guess that was exciting too,” Max cheekily recounts.

He did an great collaboration with Anwar Carrots last year, and tells me that there are a ton of collabs on the horizon that are “going to be huge difference makers for us.” Max tells me that “From July to December, there’s one huge thing a month.” More to come on these collections.

One of the most exciting developments of the brand in the past few months has been witnessing the pieces enter the secondary market. On the strategy, Max tells me: “We’re definitely looking at how Supreme does it. Your items are pretty attainable—for the majority of people from a price perspective— and then having limited quantities to up that secondary market demand is important.” Pieces have resold for as much as $120 on the secondary market, doubling their retail value.

To this day, “a portion of all of our proceeds gets donated to different equine therapy programs around the country, soon to be around the world,” Max emphasizes in the dusk of our conversation. He also leaves me with some sound advice for fledgling designers, or just about anyone.

“Know that no one knows anything,” he begins, before pausing for a moment. And then some wisdom flows out in a flurry: “Do stuff how you want to do stuff. Listen to everyone and their perspective, ideas, and what they think you should do. And just respond in silence and soak it in. Just keep your head down and do your own thing. Know what you’re good at, know what you’re not. And be able to allocate things to people who want to help you out.” 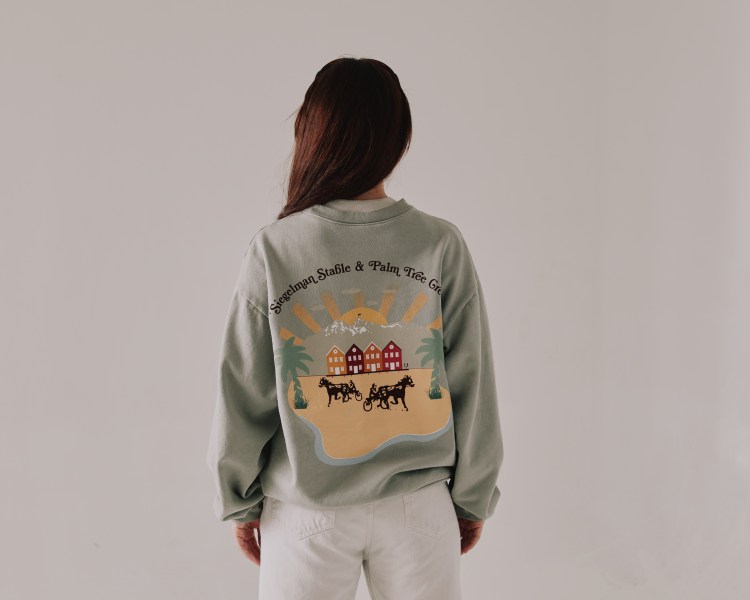 Take a look at some of the imagery below, and make sure to hop on the Siegelman Stable site on July 2nd to shop the collection. 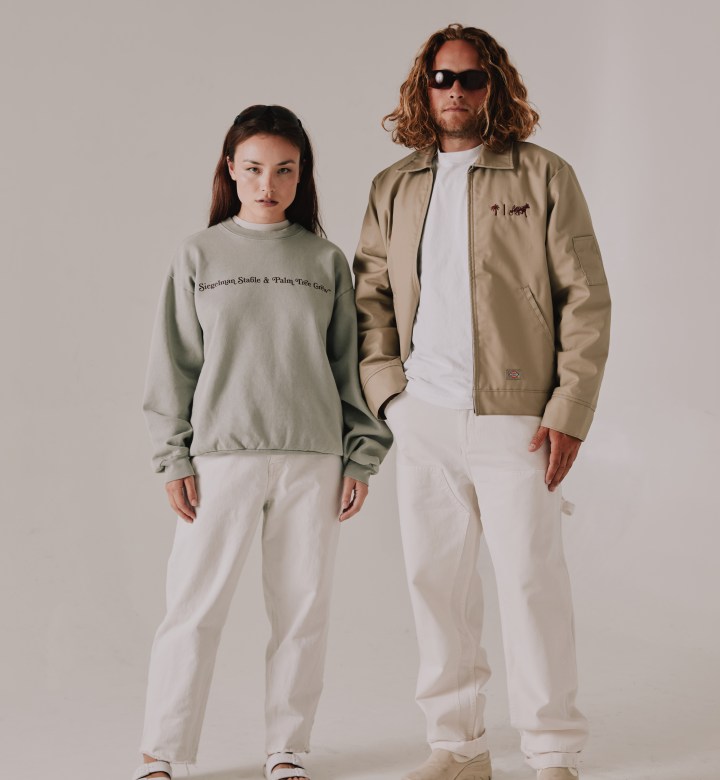 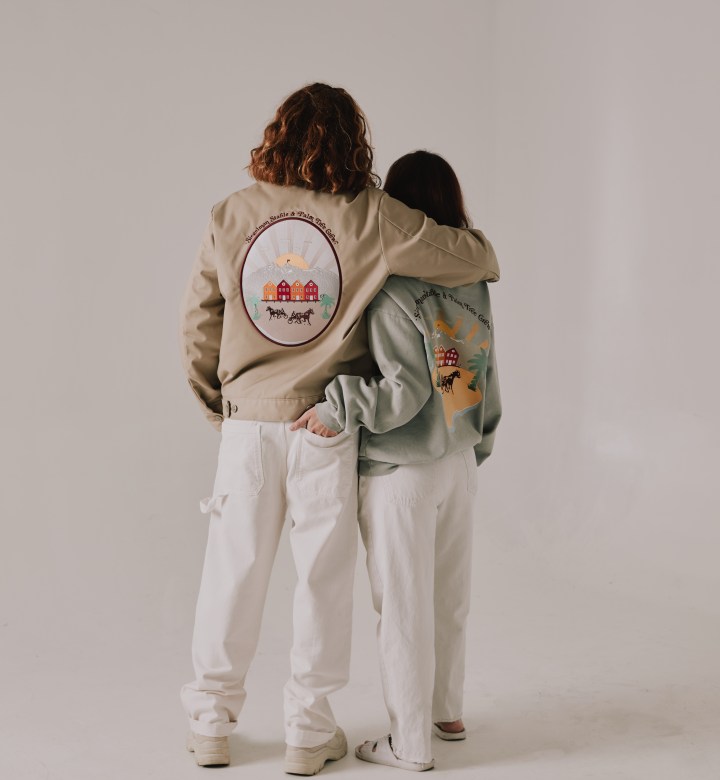 Max and Siegelman Stable will be doing a pop up at ONE37pm’s West Village headquarters this summer. On July 22nd, come by the Summer Wind Cafe located at 569 Hudson St. for an opportunity to embroider a custom Siegelman Stable x ONE37pm hat, interact with equine mini horses and take in the sights and sounds of our bustling summer command post.