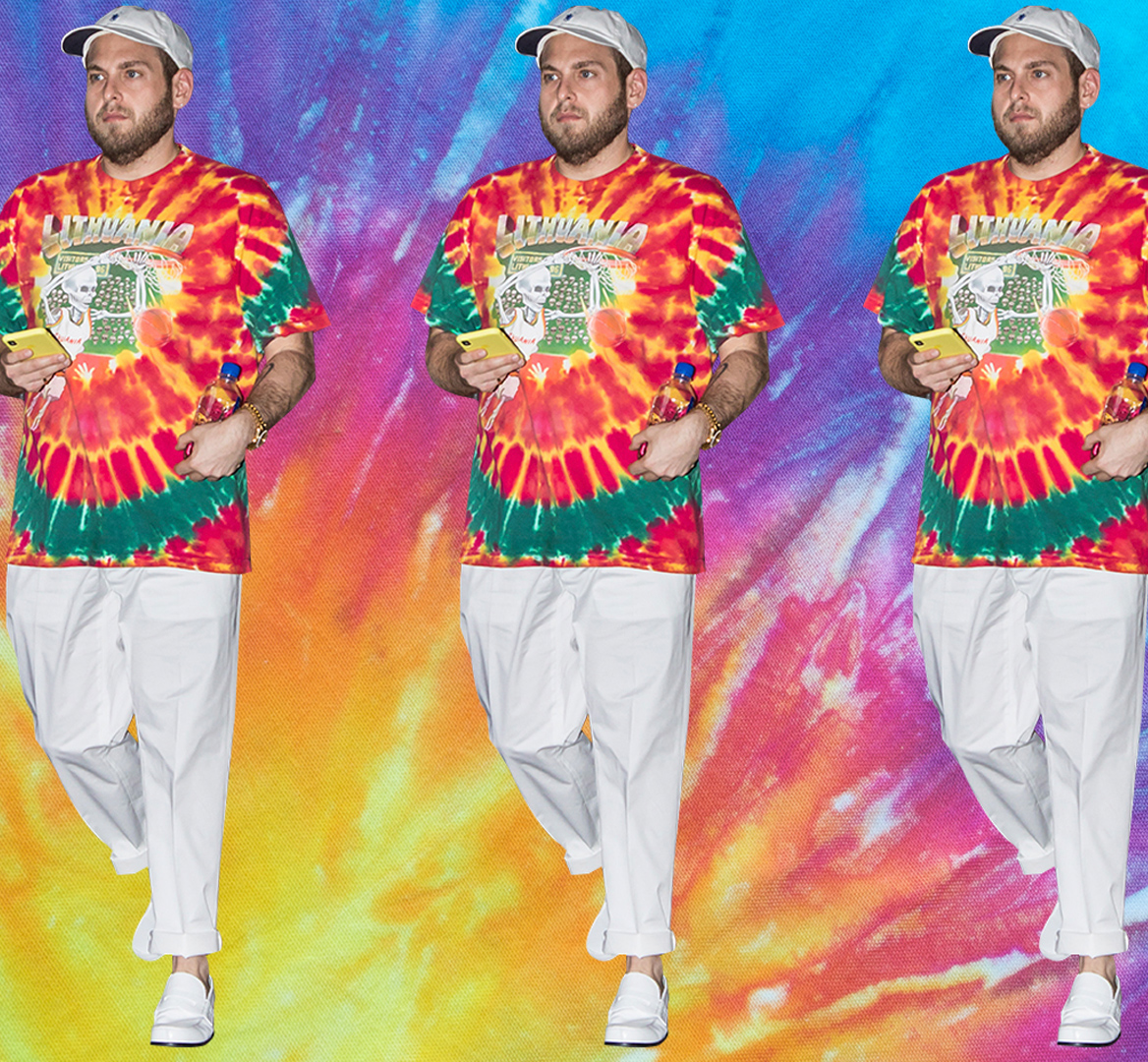 Tie-dye, like many trends resurrected in menswear, is anything but new. Dating back to the 1960s—like the labor-intensive, resistance-focused shibori technique, an Asian practice that includes elaborate stitching and dyeing maneuvers—tie-dye has circled the exterior of high fashion in America for decades. Much of that outward existence reflects a disdain for what tie-dye represented. With the hippie-dippy trope of the ’60s, tie-dye had no place draped across the backs of fine, upstanding American men, nor did it belong in high-end retailers or major fashion houses.

Menswear purists who felt the whimsical trend was far from a worthy wardrobe staple still loved having a hand in popularizing tie-dye. They may not have worn it, but they certainly recognized it as an American contribution to fashion. Its true value is only beginning to resonate today. Best treated as a neutral or a substitute for navy or khaki, tie-dye, at its best, is less methodical and more fun than anything else you’re going to wear this season.

Brands like Saint Laurent, Balmain, Isabel Marant and The Elder Statesman have added tie-dye garments to their collections over the past few seasons, solidifying tie-dye’s place in the fashion lexicon.

Much of this acceptance can be attributed to the emergence of the street and skate culture subgenres in global fashion. They are no longer pigeonholed by industry gatekeepers and have largely outgrown cultural discrimination. For years, streetwear was seen through a narrowing lens that defined the category as a youthful one, filled with sartorial immaturity. Now, brands like Stüssy, Supreme, John Elliott and others aren’t only influencing the youth, they’re defining what classic menswear brands put on the runway and in window displays.

Tie-dye was first a victim of its Woodstock ubiquity and that misrepresentation of good style. It became exclusively linked to hippie gatherings and the aforementioned larger-than-life music festival that brought it to the forefront of American culture. Now, in contrast, the globalization of the modern festival style is what has reinvigorated the trend’s allure. Transcendent outings like Coachella, Afropunk, Lollapalooza and South by Southwest have quickly thrust concert style back to a place of esteem. The masses have also fallen back in love with everything Grateful Dead, so tie-dye is now a look desired outside of the festival grounds where it was birthed.

Our current adoration of tie-dye equally relies on its expansion into ready-to-wear. Brands have moved past simply designing radiant T-shirts to producing tie-dyed crewneck sweatshirts, shorts, dress shirts, socks and hoodies. There’s a wholeness to the trend that never existed before. For almost the entirety of its history, tie-dye was a story told by a T-shirt. It has now matured into an entity of much greater force.

The beckoning warmth of summer calls for tie-dye-friendly fits. An airy suede jacket or oversized trench coat will flow effortlessly over a tie-dye tee or sweater. A pair of shorts that hits just above the knee paired with your favorite Air Jordan 1’s can be easily elevated with the addition of tie-dye tube socks. If you’re looking for a challenge, opt for a breathable mesh base layer with a short-sleeve, button-up tie-dye shirt on top. The trend’s newfound versatility makes the styling options limitless.

Besides, what is more exciting than incorporating something new into your wardrobe? Have a little fun with tie-dye this season. After a long and unrelenting winter, you’ve earned it.