Embrace the Tiger Stripes Trend for the Tail-End Of Fall 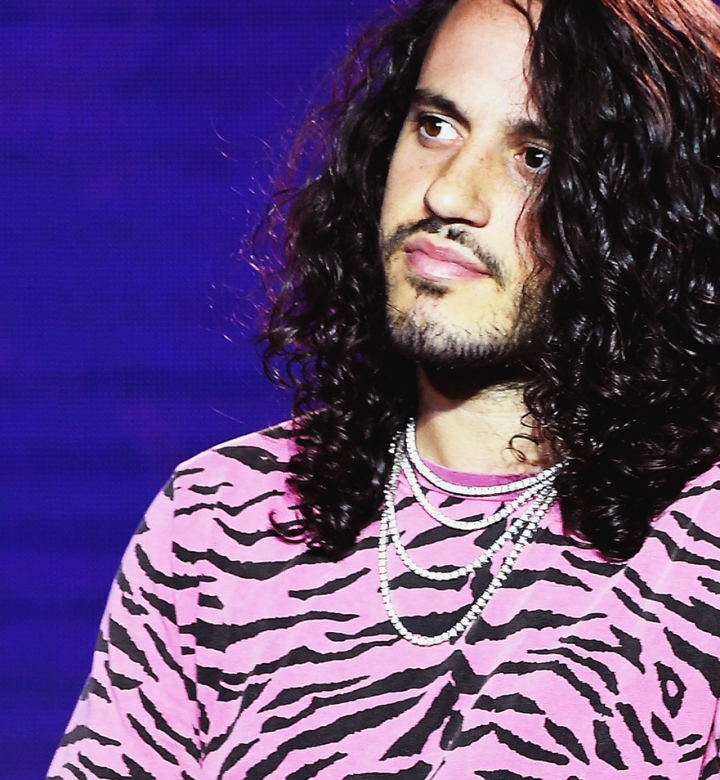 For a long time, leopard print has been emblematic of a specific kind of camp style, perfectly encapsulating the clash between high fashion and lowbrow iconography. Often associated with suburban housewives, in the modern era, the pattern has become a sort of signifier of bad taste. Leopard has long been a staple of tacky chic, but tiger stripes have recently emerged as a hot trend.

The History of the Tiger Stripes Trend

The skins of wild cats were once used as exquisite trophies from successful hunts, often donned by ceremonial rulers as symbols of their power and strength in ancient China and Egypt. The earliest depictions of humans wearing these furs date back to 6000 BC.

“Around the 18th century, Europe eventually learned about the Egyptian usage of tiger skins, saw this as exotic and found ways to incorporate it into their already elaborate—and probably 50 pound—gowns,” says Yolanda the Designer, a Philadelphia-based bespoke creator.

When hunting became a more formalized sport during the Victorian era, owning the pelts of boldly patterned members of the panthera family became an aristocratic trope, indicating the immense affluence it would require to travel and snatch such trophies. Like leopard print, tiger stripes emerged in the 1910s and 1920s as fashion became more daring and less conservative, with the creatures representing animal sexuality, hinting at both liberation and danger.

“But [tiger stripes] didn't reach American popularity until Tarzan the Apeman was released by MGM in 1932,” adds Yolanda. “Tiger print and other animal prints became a fashion craze called jungle prints. Some say this became such a hit in fashion because these prints represented excitement, independence and a spirit of adventure.”

Dior advanced this ideology with their opulent animal prints in the 1940s, which came to define a new breed of femme fatale. Tiger stripes continued to represent wealth until the end of the 1960s when stylized versions of the furs were replicated on more everyday wear and popularized amongst the Bohemian artistic underclass. What once signified prosperity became commonplace, thus degrading its status as a symbol of abundance. Since the furs were no longer exclusively available to the rich, animal prints began to be associated with those who were cheap, tawdry and gauche.

Later, in the 1990s, tiger stripes were re-produced in rainbows and hyper color in a sort in whimsical, kid-friendly aesthetic popularized by Lisa Frank and quickly adopted by ravers drawn to the bright colors. But in the rise of post-modern fashion from the early ’00s, designers have rescued these dashing animal prints from their debased position and re-invented them as a sort of post-ironic statement about the banality of good taste.

“The rich history [of tiger stripes] on the runway and in tabloids makes it a smart way to tell a story when either money or sex is important,” says Max Archimedes Levitt, a New York-based fashion designer. “And money and sex are always important.”

The rich history of tiger stripes on the runway and in tabloids makes it a smart way to tell a story when either money or sex is important. And money and sex are always important.

In a contemporary setting, it’s no surprise that leopard emerged as a trope in men’s streetwear, considering designers’ fondness for cheeky subversions of highbrow and lowbrow aesthetics. Tiger stripes are now a fresher alternative to leopard, which had become so ubiquitous that the print was hardly remarkable or clever.

“Tiger print is a neutral-alternative, like camo or a khaki that’s free [from associations to] the military-industrial complex because it’s all-natural,” says Sam Branman, a New York-based designer. “A lot of the way it’s being used [in streetwear] also avoids the pastels and neons of the Lisa Frank-inspired cheetah, leopard and zebra print of the 90’s revival that’s still happening.”

Humberto Leon and Carol Lim, the high-fashion and streetwear designers behind Kenzo, adopted tiger stripe patterns along with their tiger mascot starting in 2012. Tiger stripes have been featured prominently in their designs ever since.

Although GQ offered an elegy for their signature feline in lieu of the resignation of Leon and Lim this summer, the viral popularity of their iconic tiger sweater has caused tiger stripes to seep into several other brands.

With colder months fast approaching, it won’t be surprising to see this trend go away as overcoats and more functional winter wear replace more exuberant pieces that provide a pop of color in warmer weather. The bold orange so commonly associated with the big cat doesn’t exactly match well with the more muted colorways seen in chillier seasons, so get your last looks in before the big cats have to be brought inside for the winter.