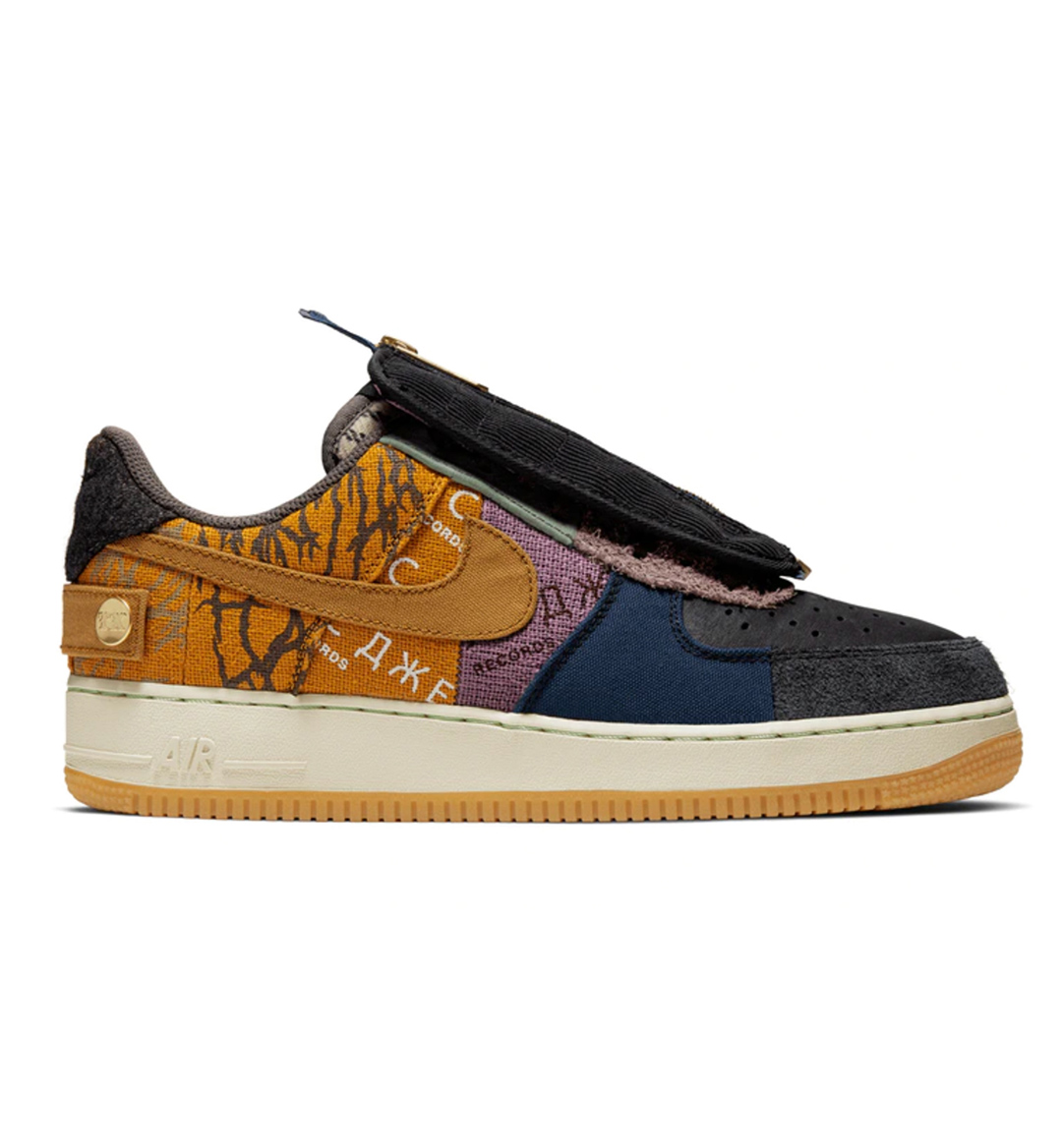 When Travis Scott first had dreams of reopening AstroWorld, the eponymous Six Flags theme park built in the summer of 1968 as a complement to “the eighth wonder of the world” called the Astrodome, he was little more than a heartbroken teenager. Like all Houston-based youth at the time, the closure of AstroWorld in 2005 was a paralyzing blow.

Watching the news clips of bulldozers rumbling over the Texas Cyclone, Greezed Lightnin’, the Ultra Twister and other beloved roller coasters that helped define the once-whimsical amusement park, a deafening cry of Houston’s youth being torn apart reverberated. Scott, to his credit, found fuel in that sadness, promising to return someday to the one place where kids in Houston could genuinely be kids. This past weekend, he hosted his second annual Astroworld Fest—a similar, though smaller, theme park and music festival—to honor his Texas roots.

Scott, to his credit, found fuel in that sadness, promising to return someday to the one place where kids in Houston could genuinely be kids.

With rides reminiscent of those from the original AstroWorld and towering headline performances by Pharrell Williams, Migos, Gucci Mane, Playboi Carti and Marilyn Manson, the most significant draw at Astroworld Fest was the early release of Scott’s latest “Cactus Jack” Air Force 1. The exclusive release has already sold close to 700 times on StockX, the preeminent buying and selling marketplace for sneakers, collectibles, streetwear and luxury goods.

Scott’s partnership with Nike and Jordan Brand is one of the best recurring partnerships in sneakers. Its creative scale is part of a much larger machine that encapsulates Astroworld Fest and the 2018 multi-platinum, Grammy-nominated album, Astroworld. 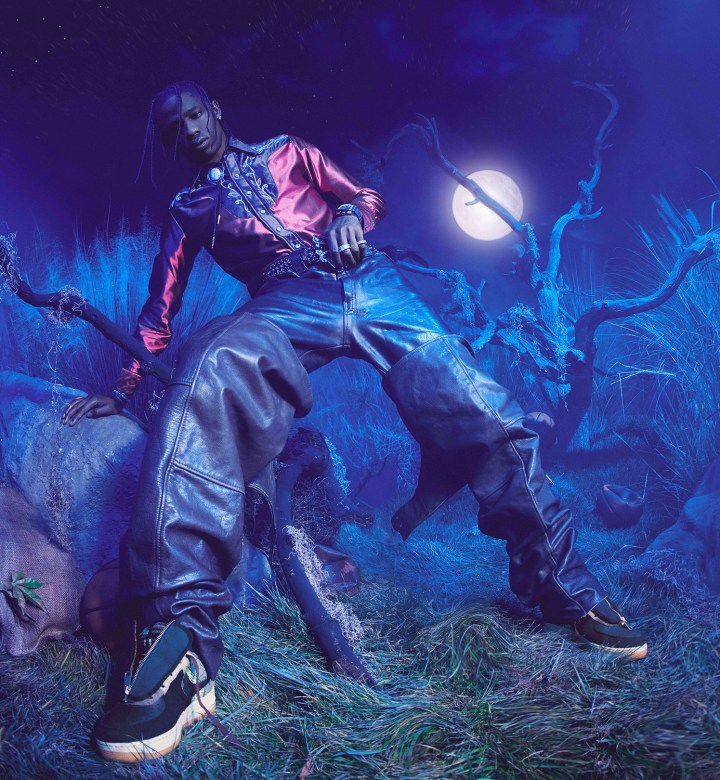 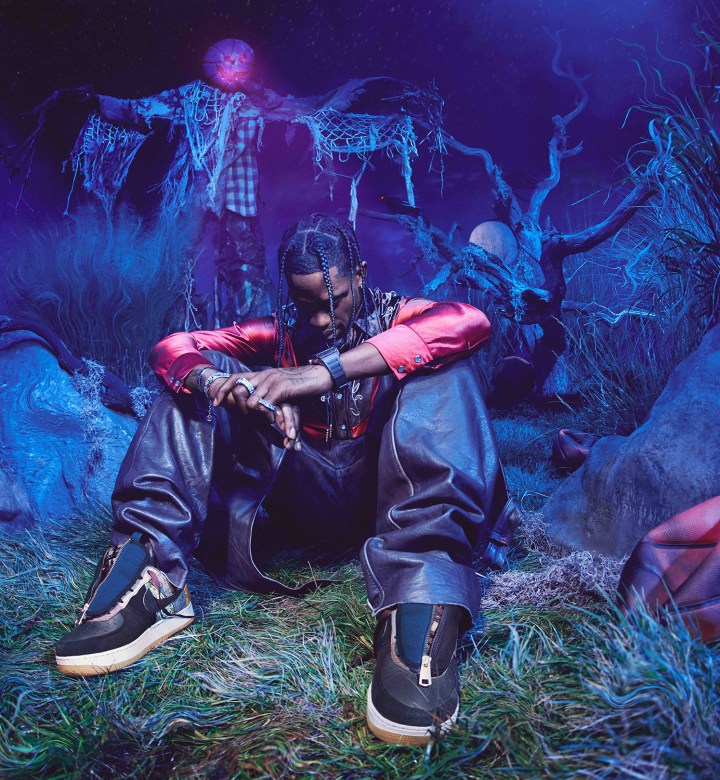 Each of these creative entities propels Scott's career, but the artist’s sneaker series is central for its recurring frequency. With five pairs of Air Jordans under his belt and an impressive tally of Air Force 1s, Scott isn’t only producing popular sneakers for the masses but also repurposing key styles that are synonymous with Houston’s sneaker culture. 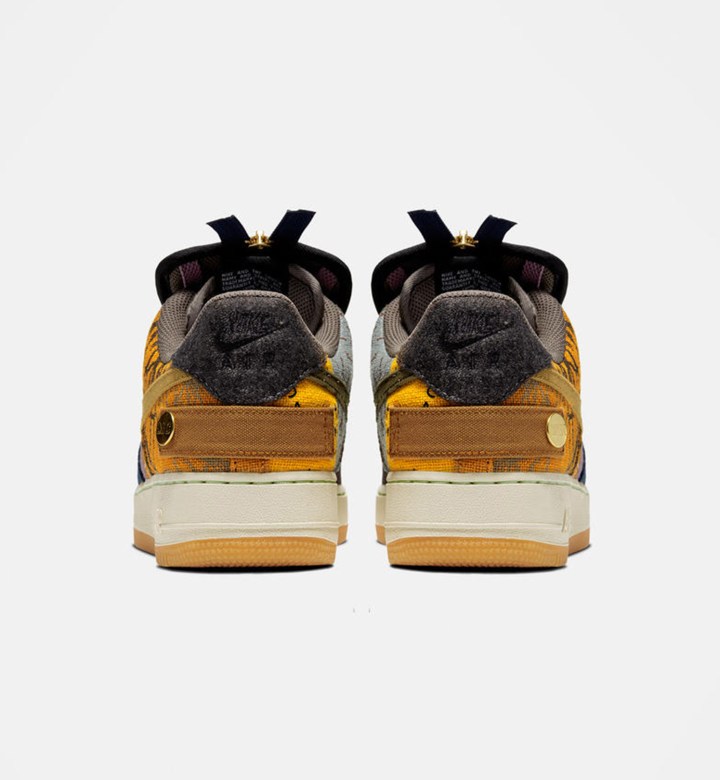 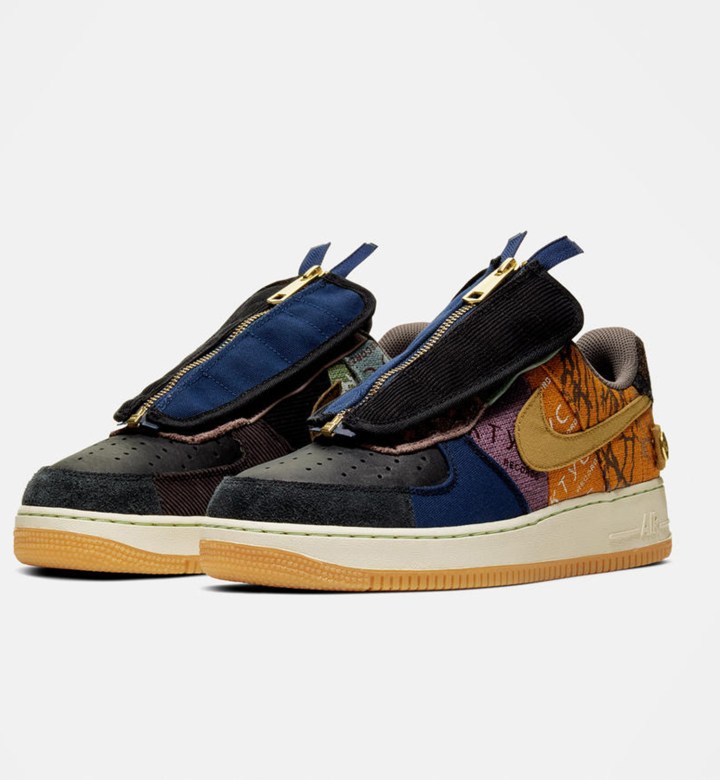 Scott has channeled his Texas energy at pop-ups for his Nike and Jordan releases. At 2019’s Astroworld Fest, the Air Force 1 “Cactus Jack” early release caused a frenzy before the sold-out festival hosted more than 50,000 attendees. In 2018, Scott produced a carnival for his Air Jordan 4, which was inspired by the Houston Oilers, a now-defunct NFL franchise. The festival took place just outside the Toyota Center, where the Houston Rockets play basketball and Scott serves as the team’s global ambassador. That event pulled in approximately 3,000 attendees.

The “Cactus Jack” sneaker releases are like mini Astroworld outings: Celebrations where young people can simply be and cherish their cultural relics without judgment or ridicule. There’s an undeniable freeness to Scott’s music. His shows, as examined in his Netflix special “Look Mom I Can Fly,” are rage fests bursting with pent-up teen angst. For his legions of fans, Scott (and his creative projects) represents individuality. He’s created a very tangible youth movement that fosters liberation. 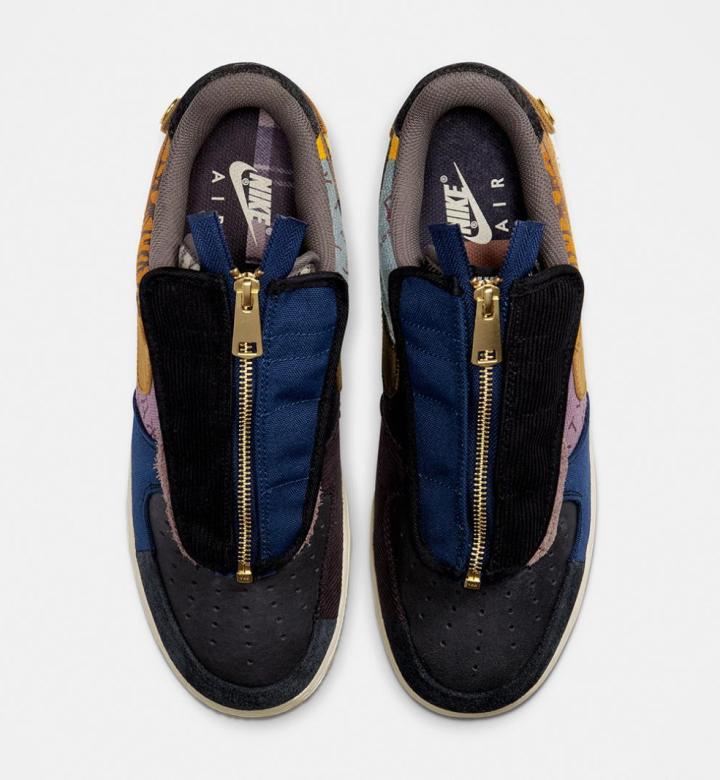 With home always in mind, Scott offered Houston locals a first stab to cop his collaborative Air Force 1s. A patchwork representation of his upbringing, the shoe pays homage to the community of Missouri City, the mostly black suburb just outside the city’s “loop” where Scott grew up. Elements of the shoe, like its durable fabrication, represent traditional “work clothes” as an ode to the working class of Houston. Earth tones speak to the outdoors, where Scott spent much of his adolescence. Wholly, the juxtaposition of themes, hues and materials align with the surrealism of Astroworld.

Concepting and producing Astroworld Fest is a grandiose example of pain that turned into perseverance. On a micro-level, Scott’s “Cactus Jack” Air Forces represent the incremental steps many of us must take to reach our own personal version of Astroworld Fest. They’re part of the long journey. Like Astroworld, that slow uphill climb before a roller coaster comes careening down, rewarding riders with unfiltered joy.

Expect the widely anticipated release of the Travis Scott x Nike Air Force 1 Low “Cactus Jack” to drop on Nov. 16 for $160. Scoring some may be tough, though, so don’t forget that you can easily buy and sell pairs on StockX right now. 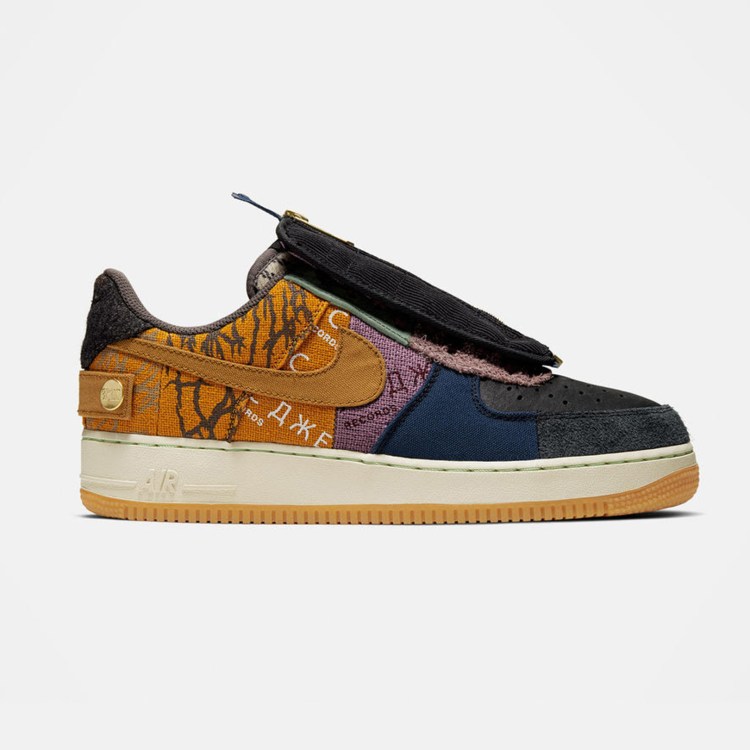 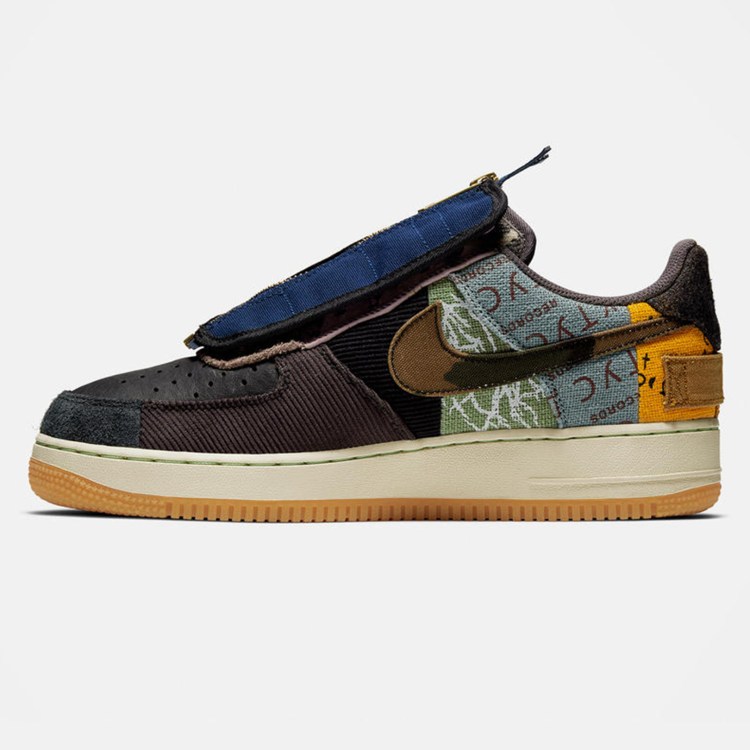