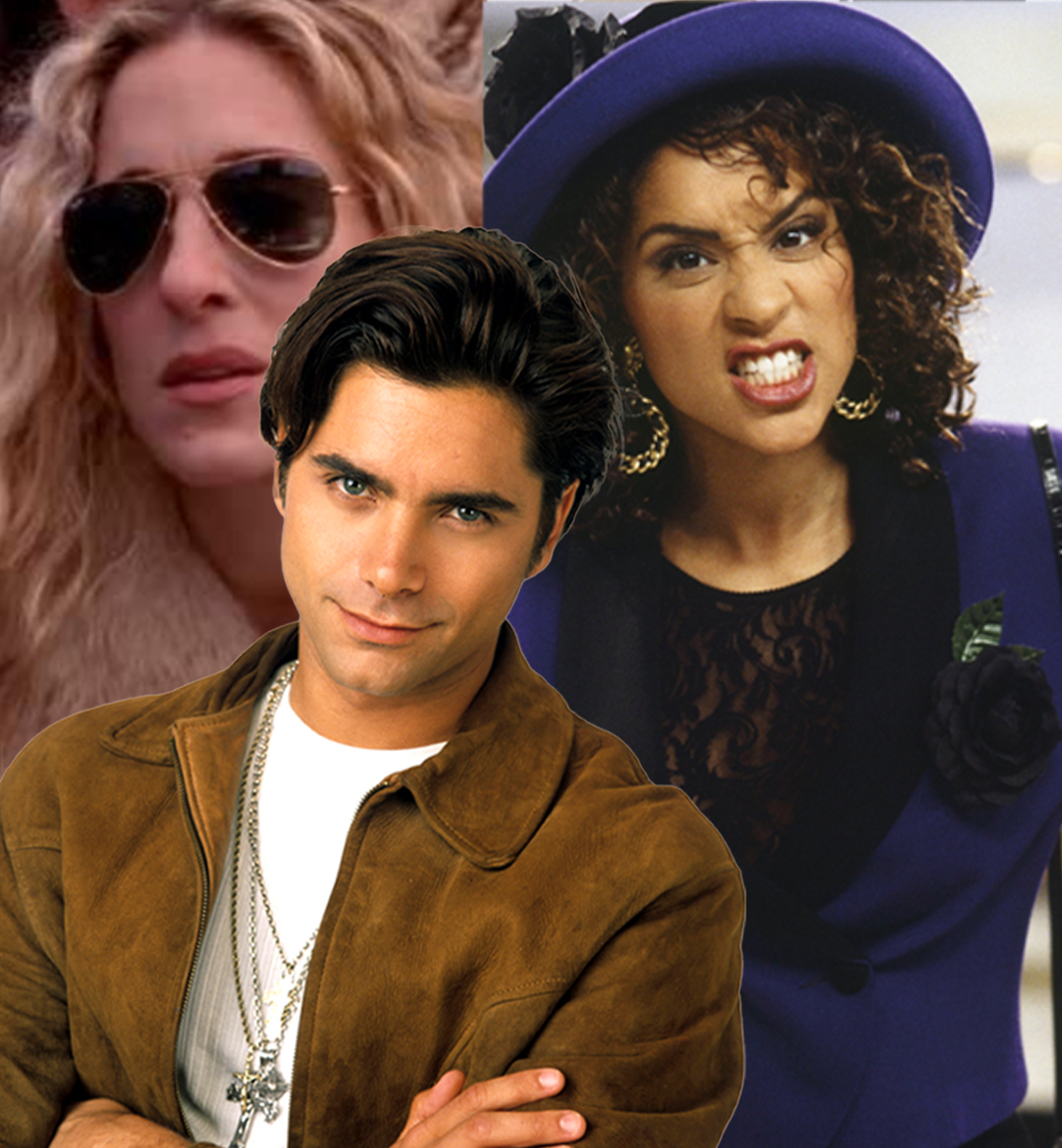 You had to know this was eventually on the way right? Today we are talking about some of the most stylish television characters in history (cue the music). While the topic of style is very much objective and can be debated, there are some obvious style gurus that everybody can agree with. The same applies to the subject of TV characters with the best style.

These are the individuals we feel really embodied fashion as a whole. The characters who looked forward to seeing every time a new episode aired because you knew they were bringing the heat with their fits. And since we’re talking “all-time,” this is mostly going to be an “older” list as these characters have proven to withstand the test of decades. Below is our top 25.

25. London Tipton - The Suite Life of Zack and Cody 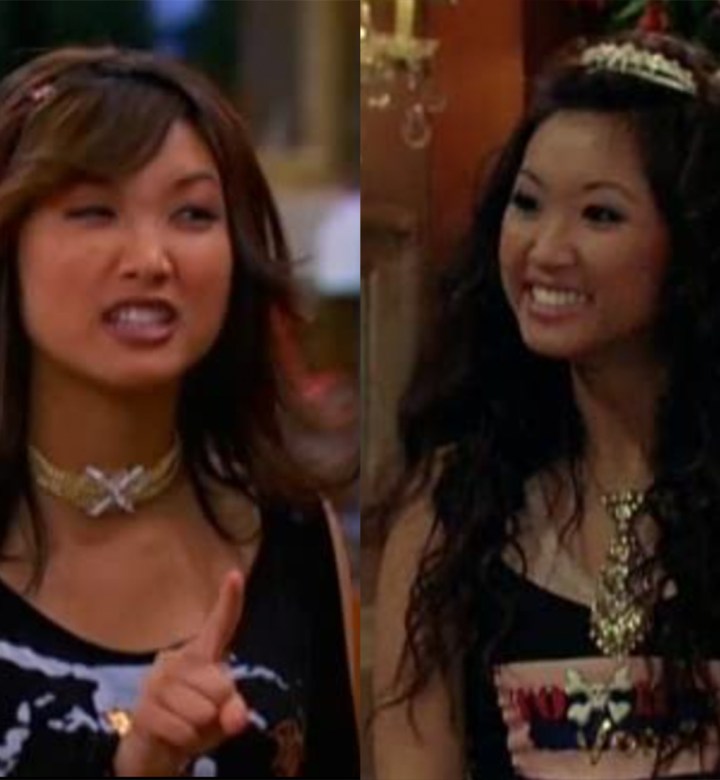 London Tipton might have been an overly spoiled brat with quite a few head scratching moments, but you can’t deny her style. Was it over the top at times? Very much so, but still very much fashionable. 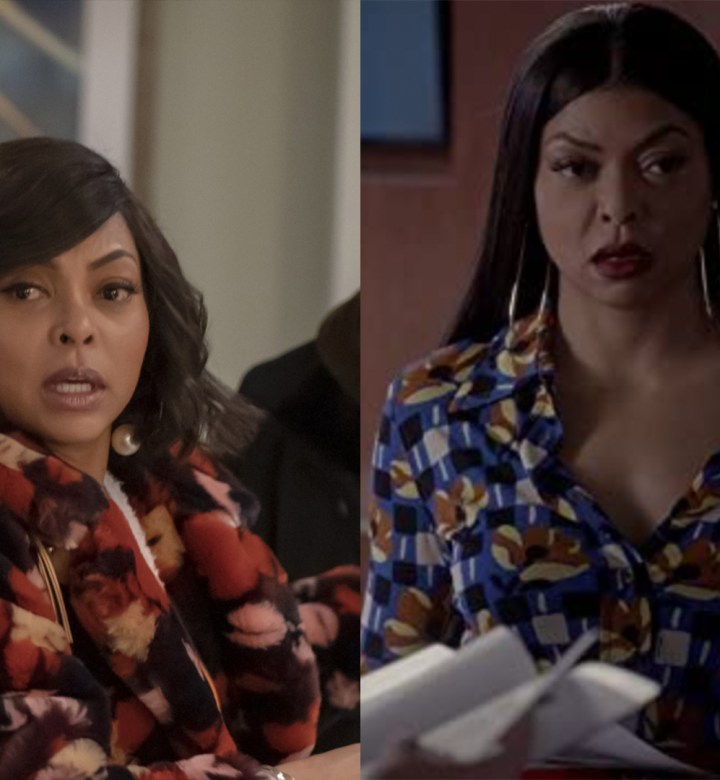 Okay, Cookie Lyon was a little bit over the top too. However, she was fabulously fabulous with just the right amount of boujee. Oh, and the flashy outfits definitely didn’t stop her from kicking butt and taking names while at it. 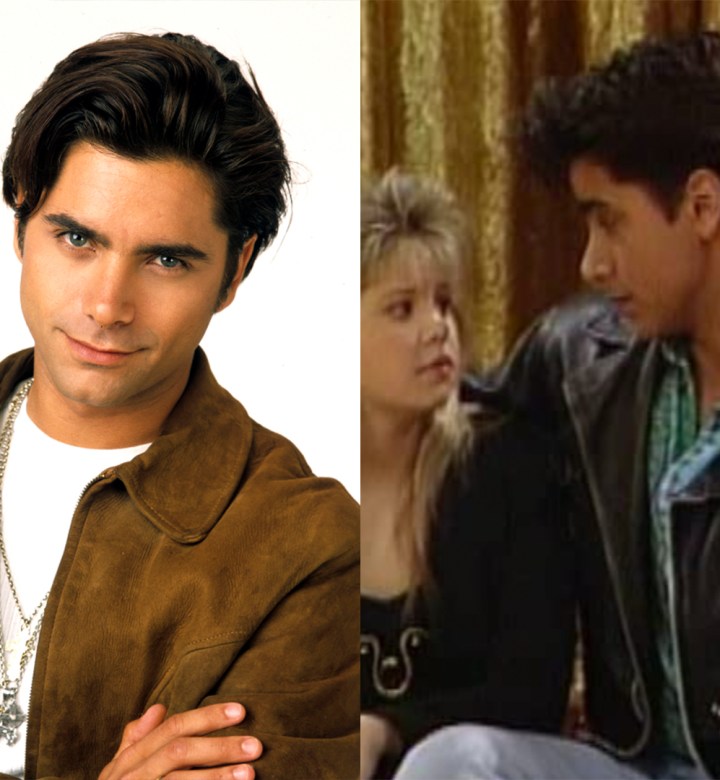 Uncle Jesse took the 1980s motorcycle looks to the next level, and we can’t say we’re mad at it. The second coming of Elvis for sure. 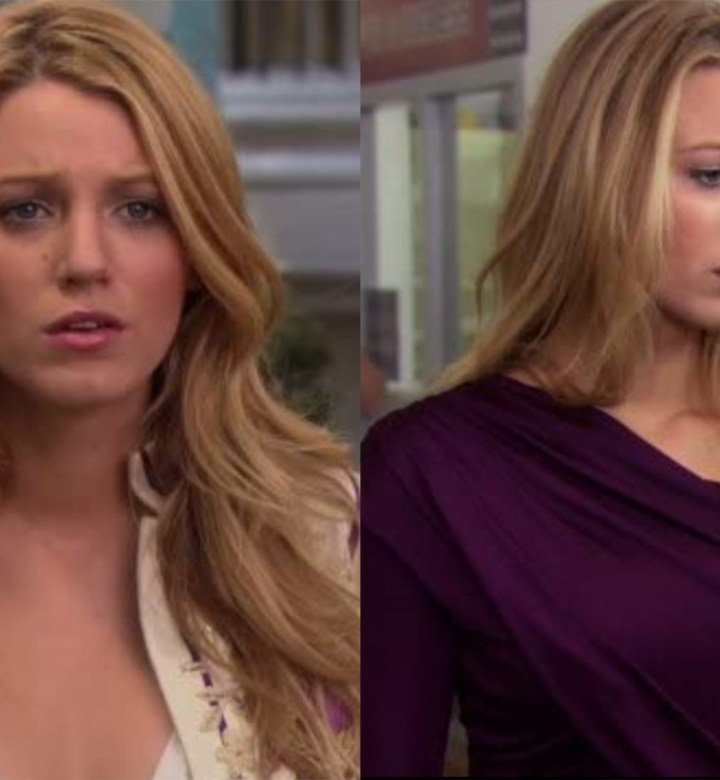 Xoxo Gossip Girl. You can’t be a gossip girl and not have a great sense of style. It just simply does not work like that. Serena may have been a messy boots, but a bad dresser she was not. 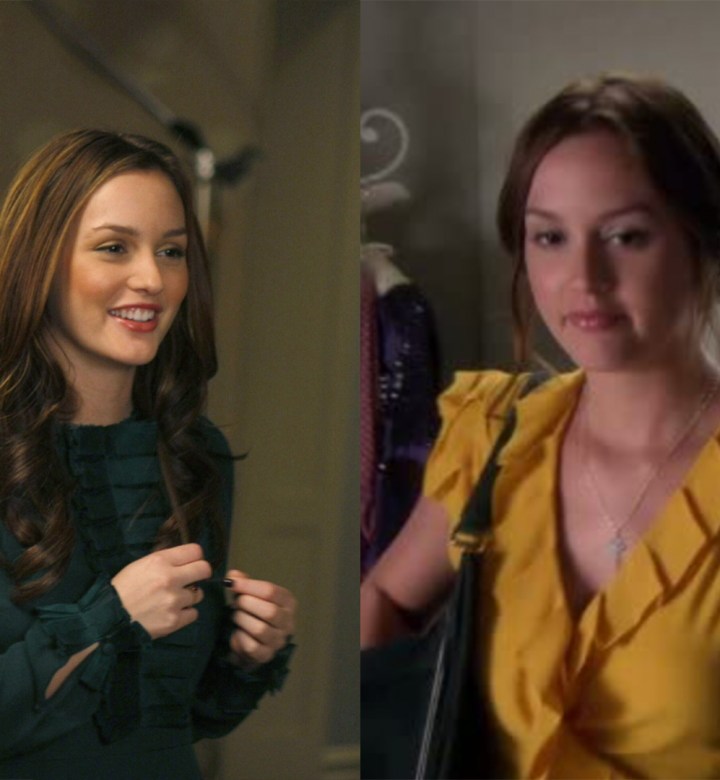 Since we’re on the topic of Gossip Girl, we have to acknowledge Ms. Blair Waldorf. The wealthy queen of the Upper East Side. Blair had some memorable fashion moments as well. 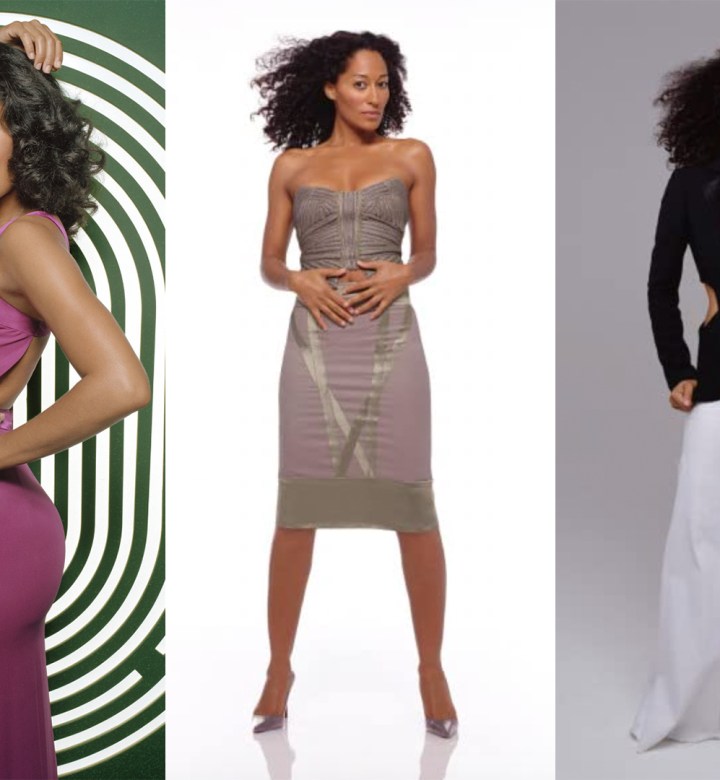 Joan Clayton was another character that had her ups, downs, and questionable moments, but her early 2000s UPN style was on point. There’s absolutely no denying that. 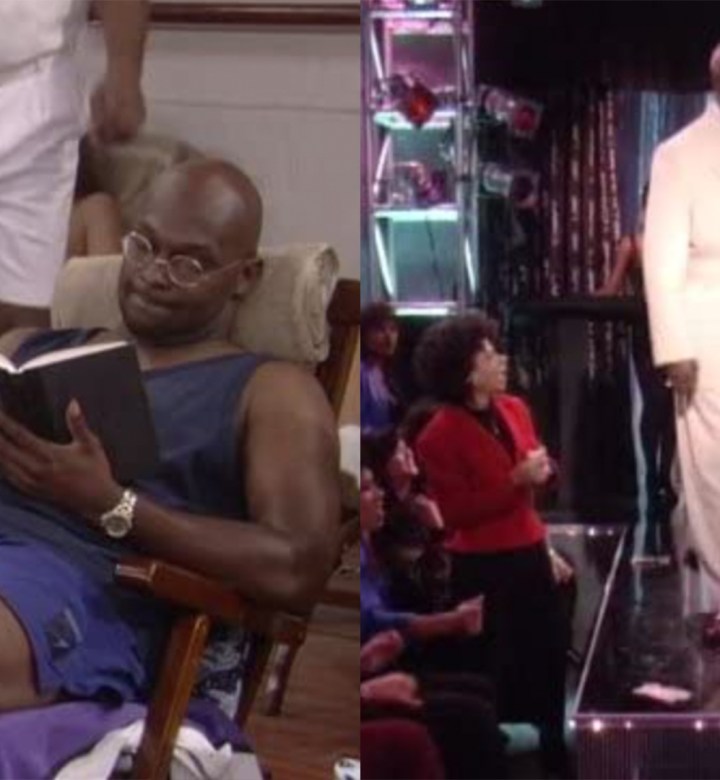 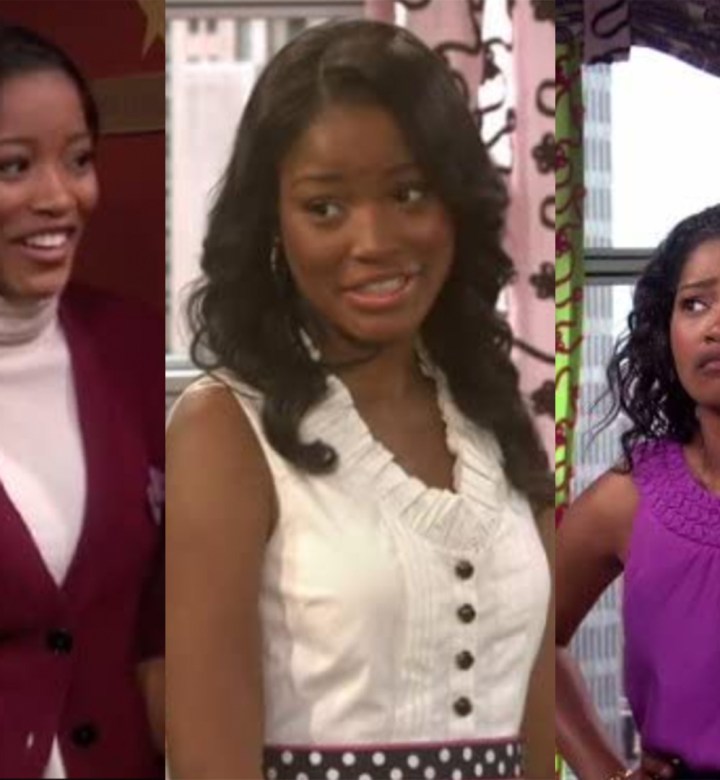 True Jackson was both a teenage VP and fashion icon. For three years, Ms. Jackson showed up to work everyday calling boss shots, and doing so in style. Some of y’all have forgotten just how ahead of the game True Jackson was, so we had to throw in a friendly reminder. 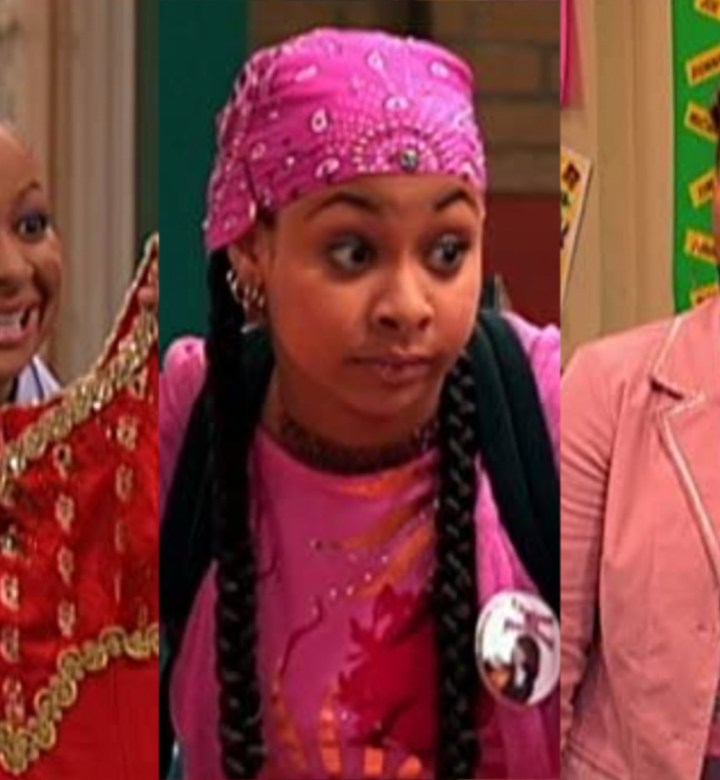 And speaking of 2000s teenage fashion icons, of course we had to also acknowledge the young legend that was Raven Baxter. Raven was quite literally studying to become a fashion designer, so her fashion sense was epic whether she was walking the halls of Bayside High School, or just hanging out casually. 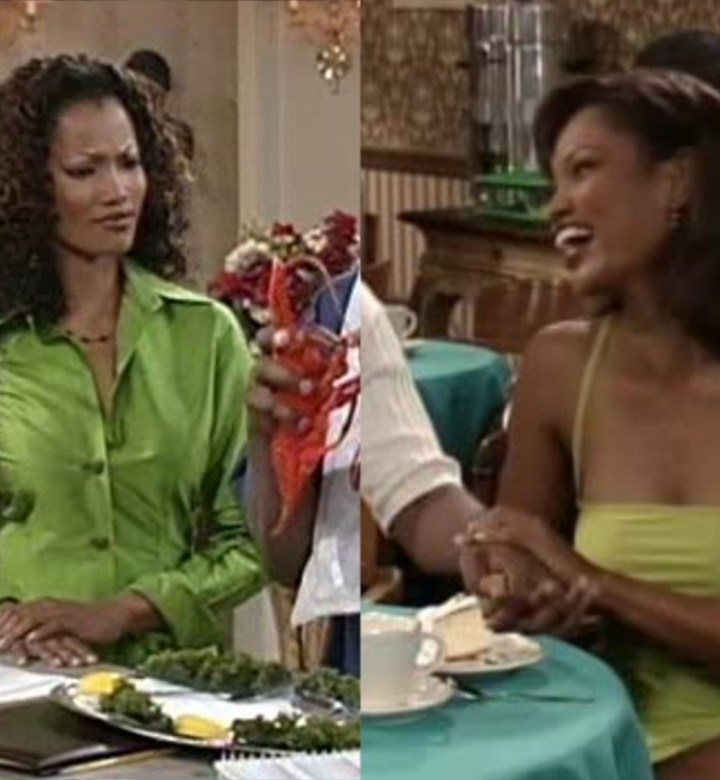 You have to know that anybody whose nickname is Fancy is probably going to have not just an epic sense of style, but one that more than likely veers towards the direction of the finer things than life. Fancy was also very elegant, stylish, and put together (there’s a reason why Jamie chased after her so hard). Her hair and makeup always delivered as well. One of the best 90s tv character gurus for sure. 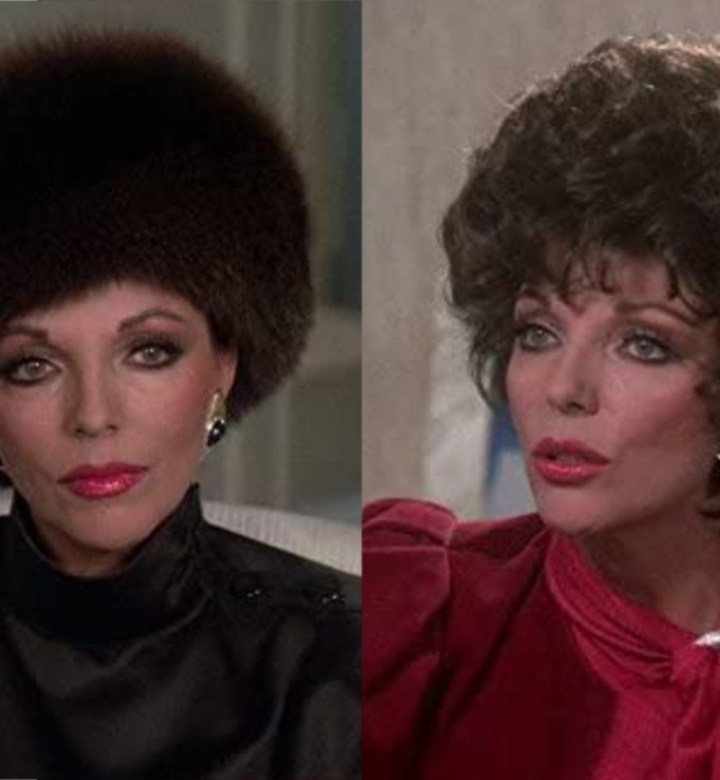 Alexis Carrington Colby was a lying, scheming, plotting, thieving character that you absolutely hated, but boy could she dress her butt off. What is it about absolutely evil television/movie characters that are extremely fashionable? Somebody has to do some research into that topic. 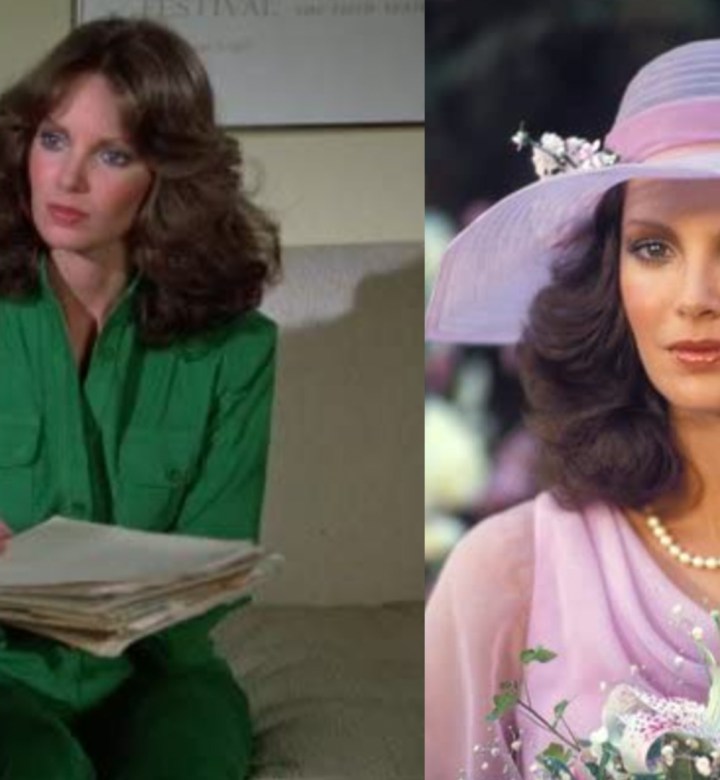 It kind of feels unfair to have to choose between the characters of Charlie’s Angels because they were all fashionable in their own unique way, but for the sake of this article we have to do it. We’ve narrowed our Angel’s selections down to two, first starting with Kelly Garrett. While Kelly’s style was mostly conversative, she had the dress pants and turtleneck game on lock, her valley girl looks were memorable, and her jacket/coat game was killer (nobody wore a coat like Kelly Garrett).

Kelly is definitely underrated when it comes to television style icons. In fact, she hardly gets mentioned which is insane! 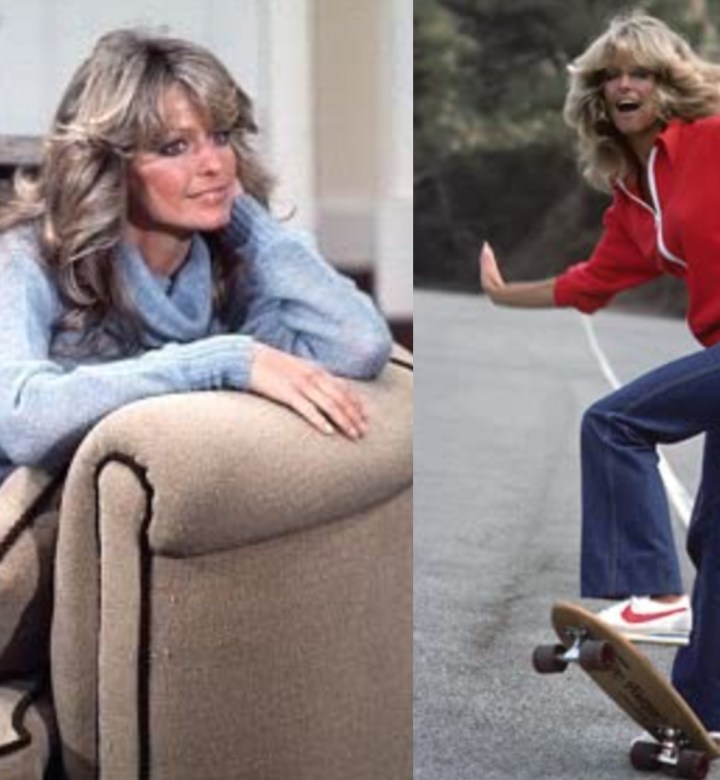 And for Farrah Fawcett to be the generation icon she was and still is, her character in Charlie’s Angels sure does get ignored from a style perspective as well, which also doesn’t sit right with us. Sure Farrah’s iconic 1970s flip hair is what always stole the show (both in real-life and on television), but her actual outfits were very nice as well.

You had the hot girl looks with the daisy dukes and tank tops, the upscale “mama’s here to take care of some business” looks, and everything in between. 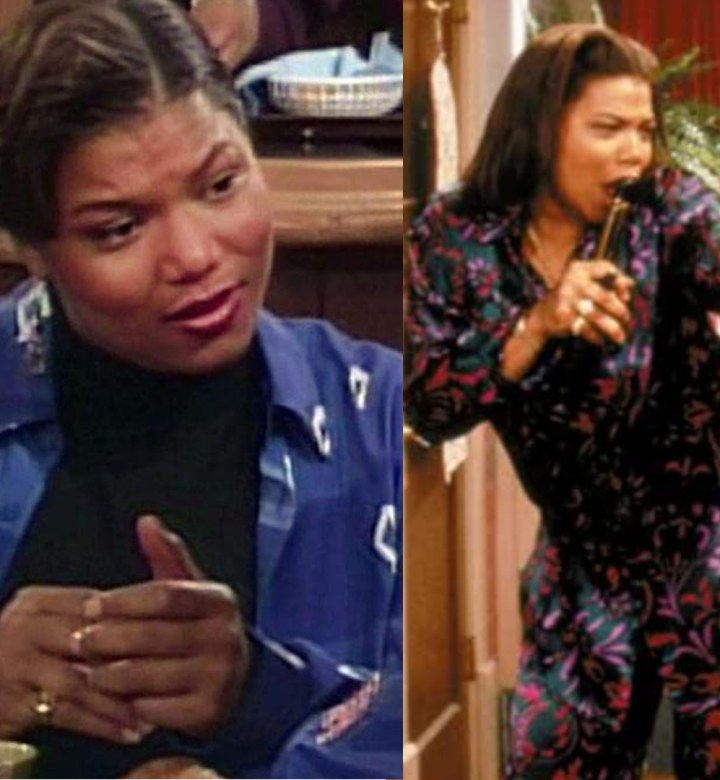 Khadijah James put together some nice looks in Living Single as well, whether it was pantsuits, dress coats, bohemian style clothing, or your standard early 1990s fashion. Even her nightgowns were stylish! 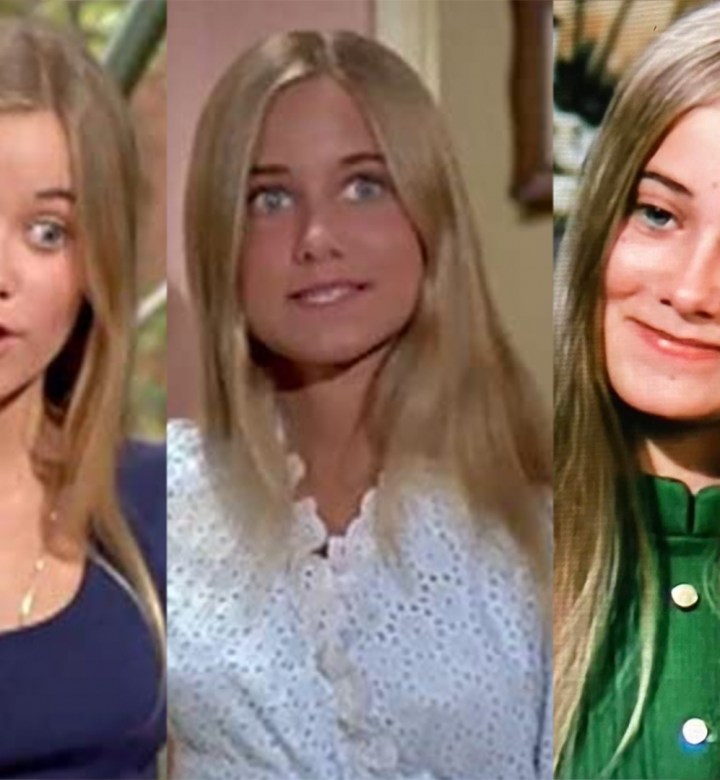 Honestly, you could write an entire article on Marsha Brady’s fashion sense alone. It was peak 1970s women’s fashion, with her own Marsha Brady personality thrown in. The mini-dress and mini-skirt queen. 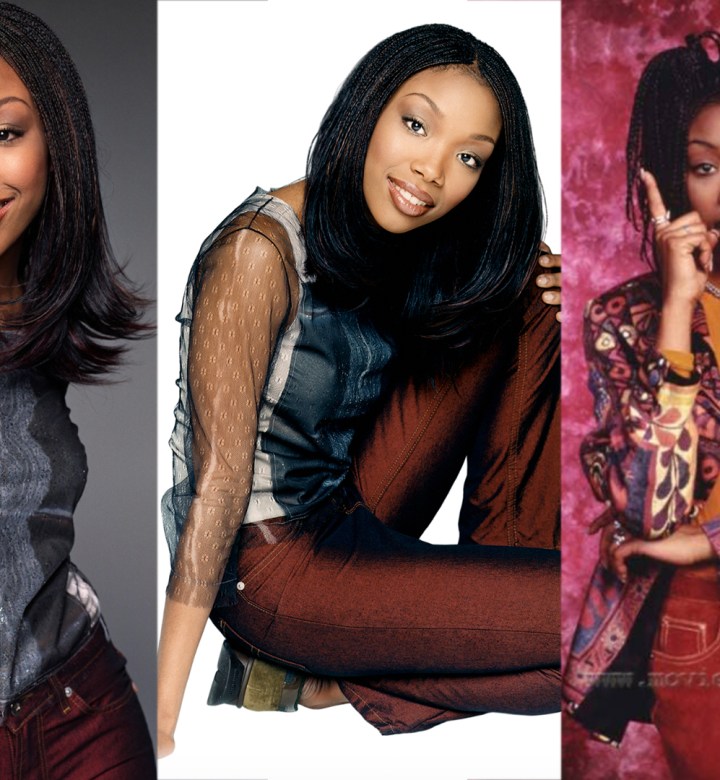 Moesha Mitchell was both a 1990s hair and style legend, and the coolest thing about her fashion sense is that it evolved over the show’s five seasons as she matured. And yet, Moesha doesn’t get her due credit when it comes to television character style as well. Don’t worry Moesha, we got you. 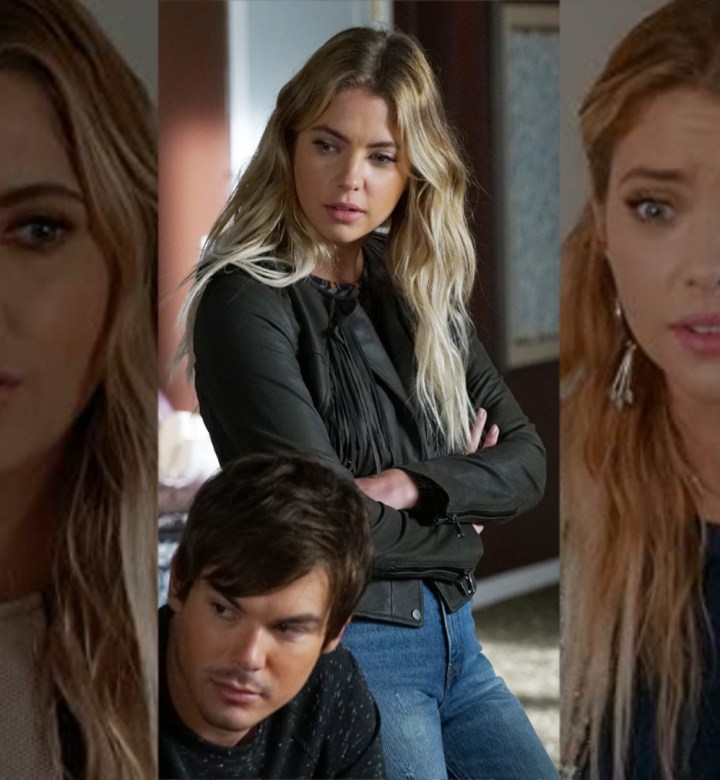 This is another tough one because all of the Pretty Little Liars characters had an awesome fashion sense, but if we have to choose one, we’ll go with Chloe because she kind of stepped out of the box a little more than the others did with her fashion choices.

Sidenote: Can you believe it’s been over a decade since the original Pretty Little Liars premiered? Pretty soon we’ll be at the fifteen year mark! Where did time go? 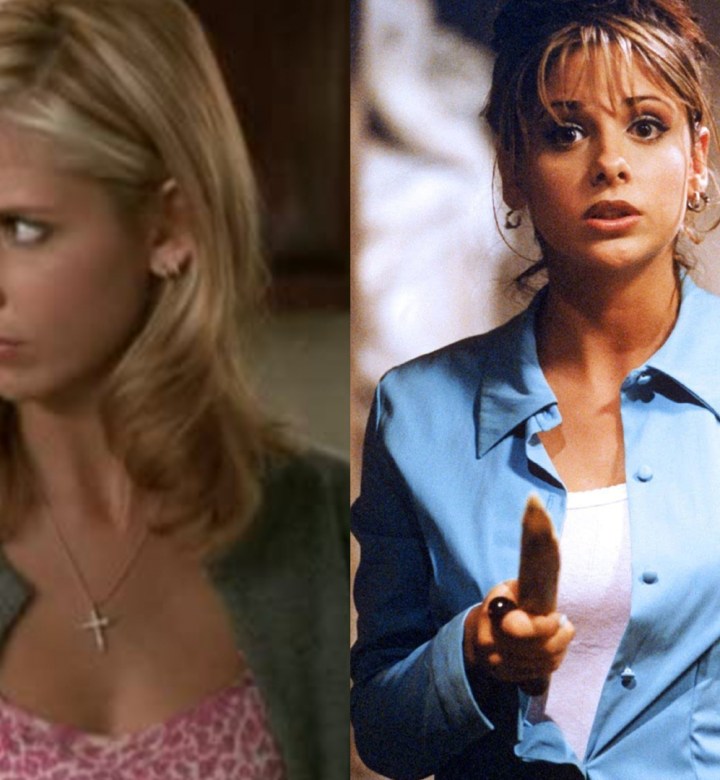 Is 1990s television truly complete without Buffy the Vampire Slayer. The answer to that is a resounding no. Buffy Anne Summers gave us look after look for years, and for that we are appreciative. 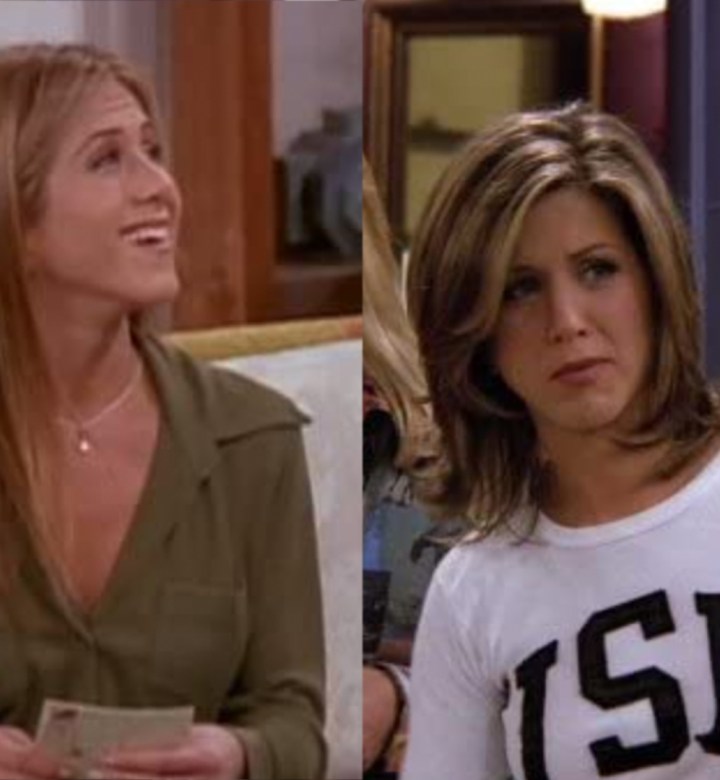 And since we’re on the topic of best dressed 1990s television characters, let’s give it up for Rachel Green. In addition to her style, Rachel loved to shop, so you always saw her in something new (no repeat outfits that’s for sure). 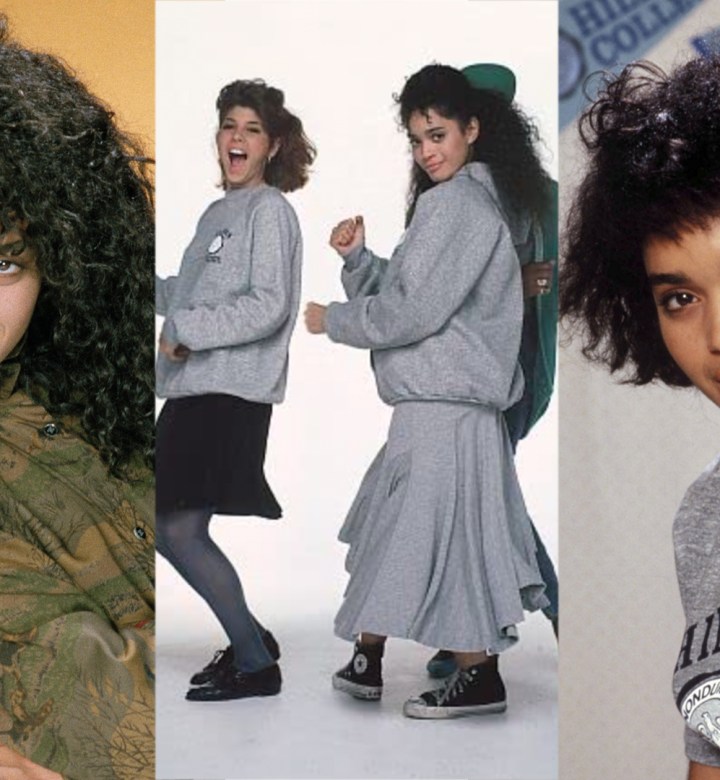 All hail the grunge hippie princess that will always be Denise Huxtable. Denise always gave us laidback and cool fits.

5. Will Smith - The Fresh Prince of Bel-Air 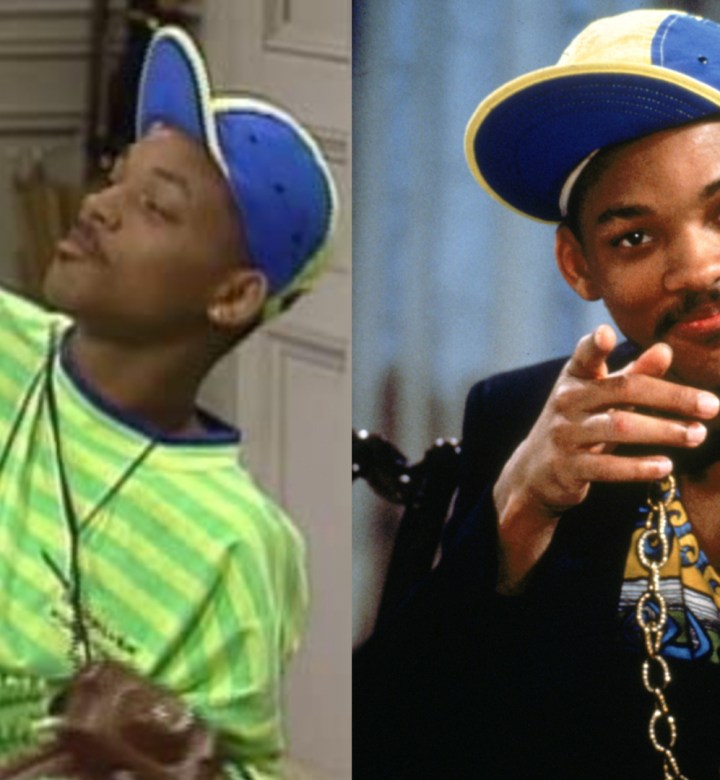 Fresh Prince as a whole is credited as bringing urban and hip-hop styles to the small screen, and that doesn’t happen without Will Smith. You would frequently see Will in a fitted cap, the newest Js, and it was really refreshing. The perfect way to start the 1990s. 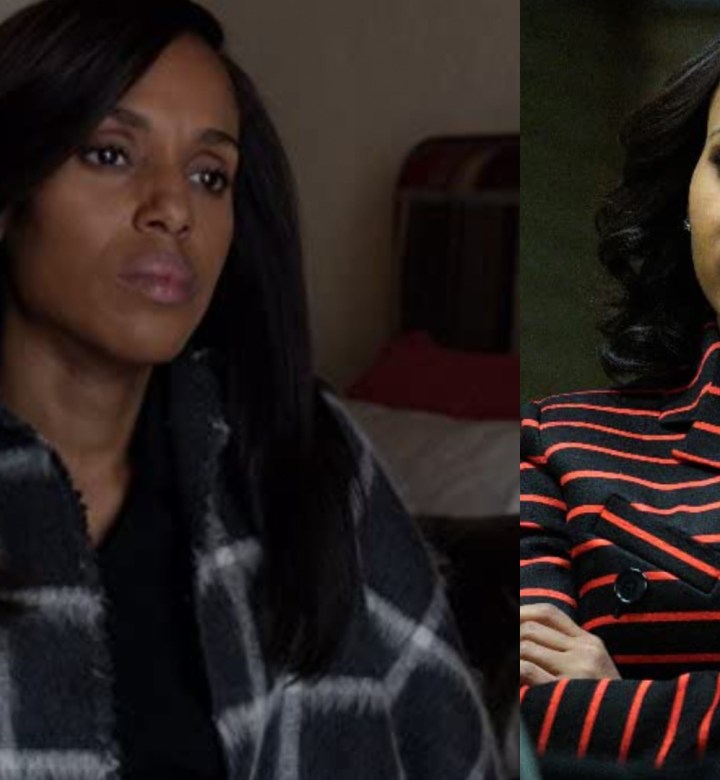 Goodness! Another show that we’re only a couple of years away from hitting the fifteenth anniversary of. Olivia Pope was a scandalicious character, but a nicely dressed one.

3. Annalise Keaton - How To Get Away With Murder 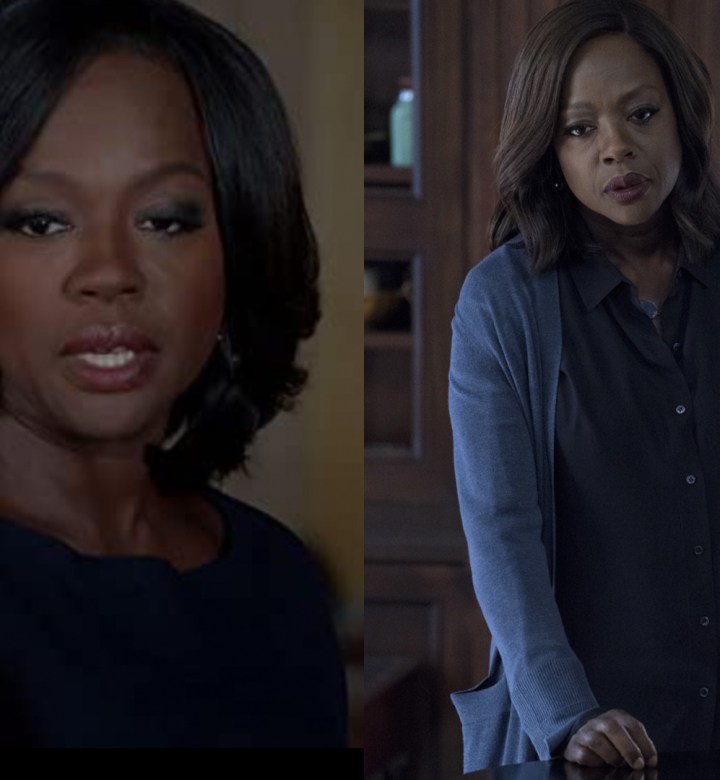 Oh boy. Annalise Keaton was another one that hid Twitter going every week, but you can’t deny that she was showing up to court in some fire outfits.

2. Carrie Bradshaw - Sex and the City 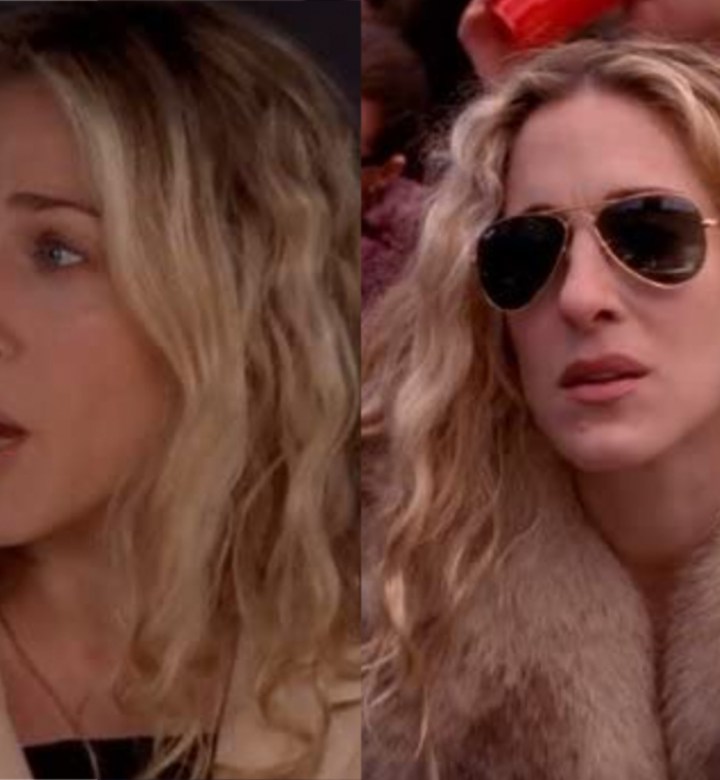 Carrie Bradshaw dressed her butt off. Every. Single. Episode. That is all. 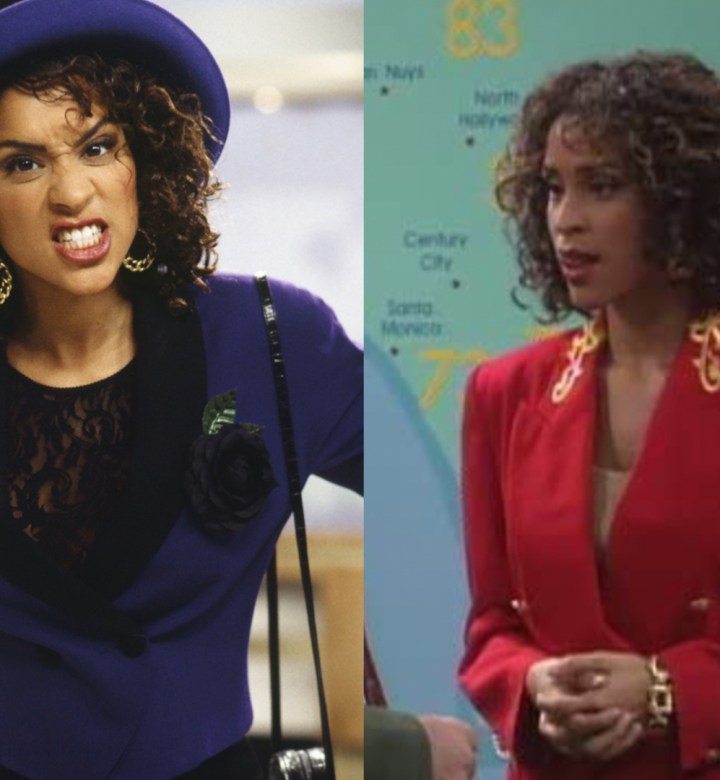 Nobody has withstood the test of television fashion like Hilary Banks. She is simply the mother of TV fashion. You can argue with us on a different day, but not today.

These are selections for most stylish television characters of all-time. What are yours? Let us know via our socials, and keep up with us for more style content.