VADA Jewelry and the Grandmothers That Started it All

Speaking to founder Katie Caplener about the brand's entrance into eyewear 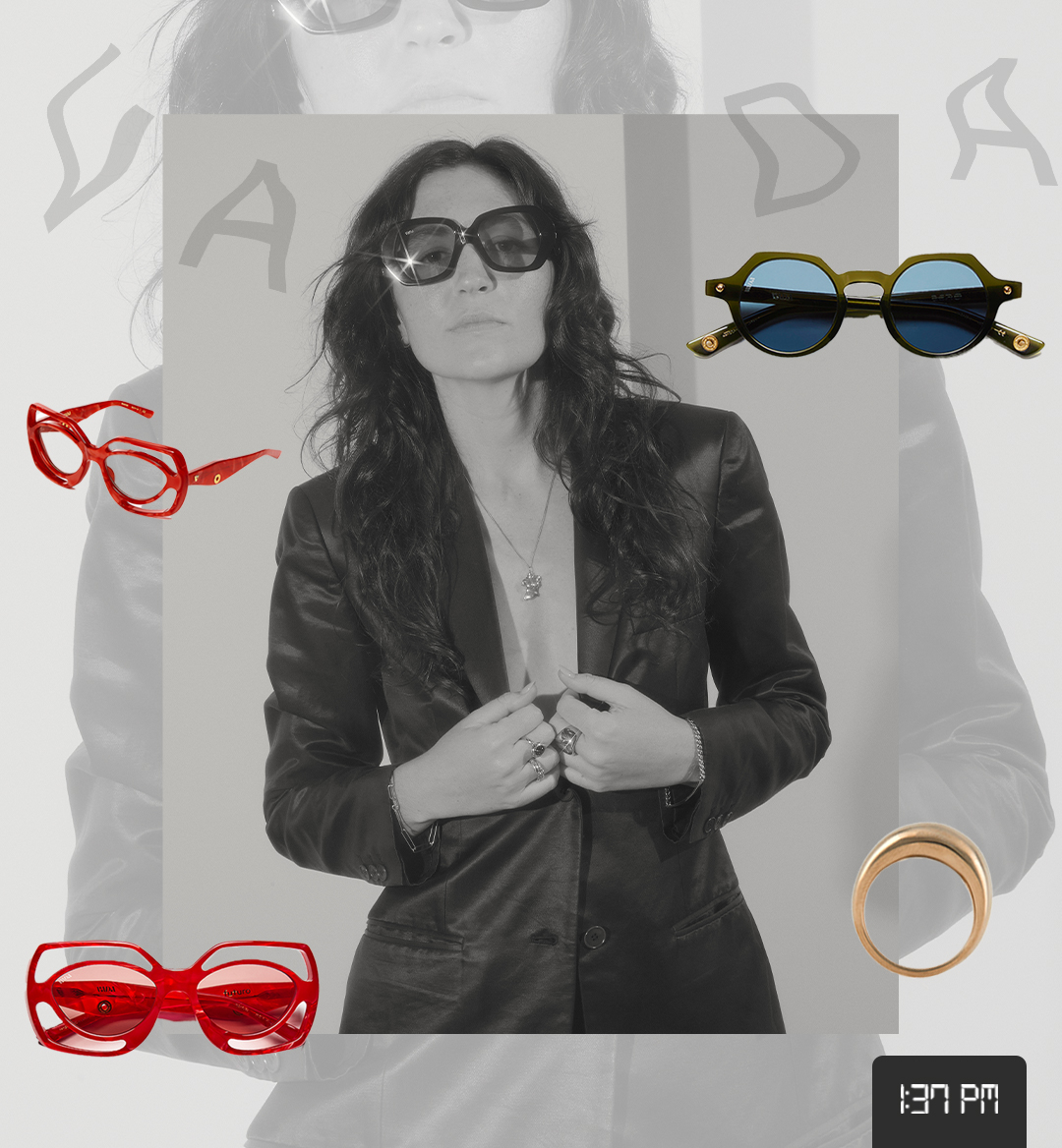 “Accessories make my whole world light up. It’s the flair,” Katie Caplener grins to me, eyes lit up beneath the transition lenses of an eccentric yet accessible set of glasses. The Austin-based designer and founder of VADA Jewelry grew up enamored with her grandmother’s jewelry, so much so that she named her brand after the woman herself.

On the other side of Katie's family is her grandmother Dot, who grew up in rural Arkansas. Katie's paternal grandmother would go to pawnshops and scrap gold, eventually taking it to a little jeweler in the town who would turn the recovered precious metal into the jewelry that inspires a lot of the current line. Dot herself worked with the jeweler to create a dome ring, and then gave one to each of her siblings.

“That was the first piece I created, but my own version,” Katie tells me, referring to what is still a centerpiece of the brand’s jewelry line to this day. 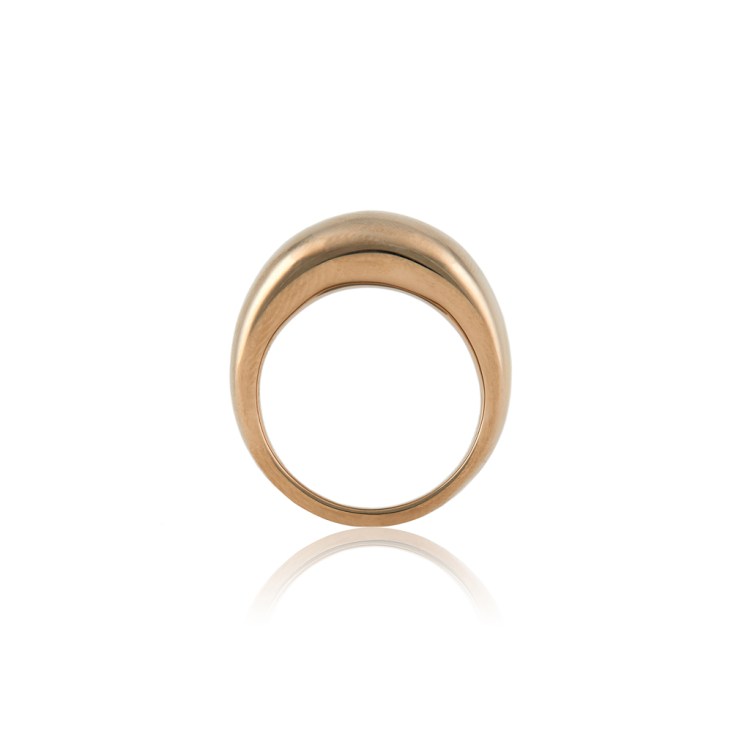 Katie’s nascent fascination with her grandmother’s jewelry snowballed into a love of vintage jewelry in general. And finally, in 2014, she began making jewelry of her own with a local jeweler—who she has now worked with for almost the entire 8 year run of VADA Jewelry. 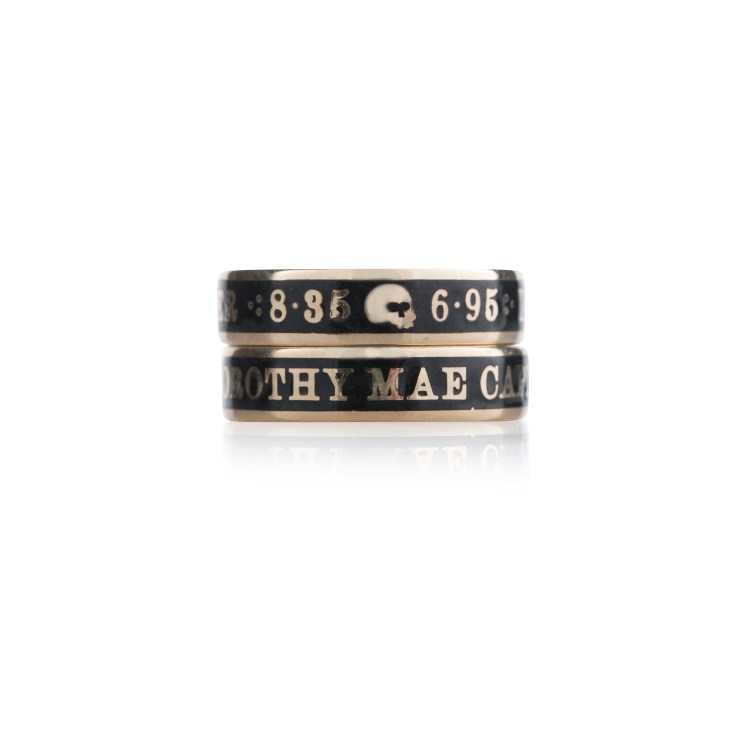 "I was obsessed with the Victorian and Georgian era, especially mourning jewelry,” Katie tells me of the early days when she was transitioning from her love of vintage jewelry into concocting her own pieces for the VADA jewelry line. “That first collection was very Victorian mixed with 70s,” she adds before going on to explain the influence of mens jewelry and an interest in blurring the prescriptive notions of gender tied to certain jewelry. “I really took a lot of inspiration from Mafia movies,” Katie chuckles to me, with a cuban link necklace glistening over the collar of her shirt. “I like when masculine men wear really femme jewelry, so I think I’m trying to channel that,” says Katie, referring to the practice of wearing masculine jewelry as someone femme-presenting, and the inverse.

Ultimately, a lot of Katie’s drive is still derived from her family and Dot's early days scrounging for scrap metal. “I take a lot of inspiration from my family and growing up in the Ozarks. They wouldn't identify as fancy, but I think that is the coolest part. They all have huge personalities and strong personal style,” she smiles.

After 6 years and change focused primarily on recreations and variations of vintage-inspired jewelry, Katie launched VADA's first eyewear collection on March 13th of 2020. If you recall, that was not the best timing. “It was a rocky start,” Katie puts it mildly. The decision to move into eyewear was driven by a similar ethos that initially got Katie into jewelry to begin with. “I’ve always been an eyewear fanatic,” she tells me, recalling how she had a similar obsession with vintage eyewear to that of her interest in jewelry.

On the uncertainty of producing luxury goods in that era, Katie tells me: “For weeks, I was thinking, these things aren’t going to survive.” To Katie’s—and many other designer’s—surprise, the pandemic actually created a bit of a revitalization of interest in quality goods.

A lot of people ditched fast fashion that didn’t really have faces or people or souls behind it.

A little over two years later, VADA is working on its 4th eyewear collection. The first run was a mere 400 units. In 2022, across two collections, VADA will produce a total of 10,000 frames, which Katie humbly refers to as “still very baby.” All of their glasses are produced in Japan, by a family owned manufacturer. All the frames are cut specifically for optical use, but can also be integrated as sunglasses. Katie, to my surprise, doesn’t need glasses; she just wears her VADA transition lenses out of a love of accessorizing.

The third collection of eyewear will be entirely delivered by the end of this month, and they’re hard at work on the fourth collection, which inclues a new frame: Futuro. 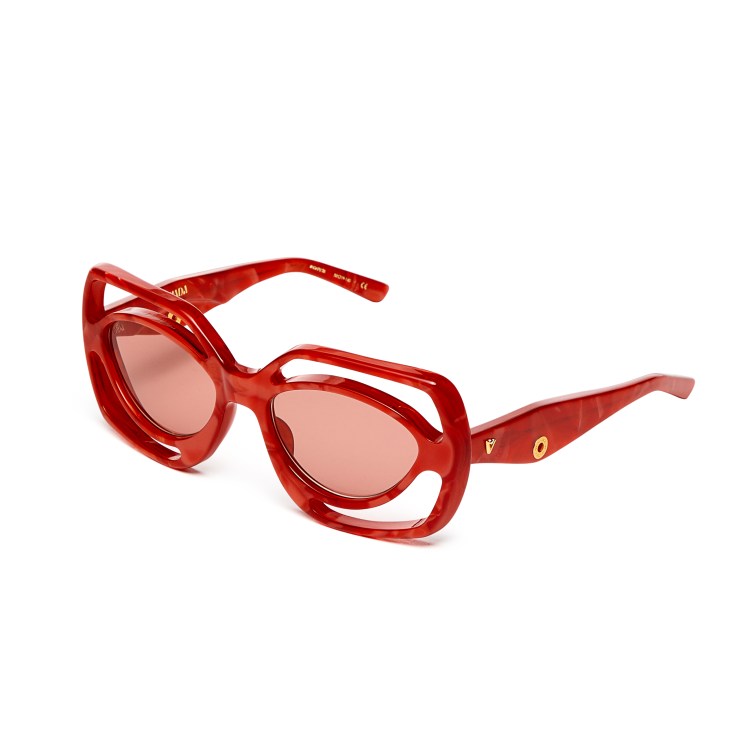 “It’s a frame that took a lot of research and development, because I wanted it to have negative space,” Katie explains of the unorthodox frame style. By the end of this year, VADA will have released 12 total eyewear styles.

People remember a face—especially a well accessorized one.

Katie understands the power held by glasses within the accessories lexicon: "When you wear an eyewear frame, it can really change your identity." In the words of George Costanza, they comprise “a new face.”

Katie ends our conversation with gratitude. She’s grateful to have built this brand without business school or any type of entrepreneurial training. She’s grateful to still own the entirety of VADA, as it allows her to maintain the core ethos of the brand. And, of course, she’s grateful that they survived a tumultuous time for small businesses.

“As much as I hate the word ‘luxury,’ I’ve always been in the luxury market,” Katie says, before adding: “But we try to make it more approachable.” And a lot of that humble spirit can still be traced back to Grandma Dot and the salvaged gold of rural Arkansas pawn shops.