The Best MJ Looks Louis Vuitton Should Bring Back 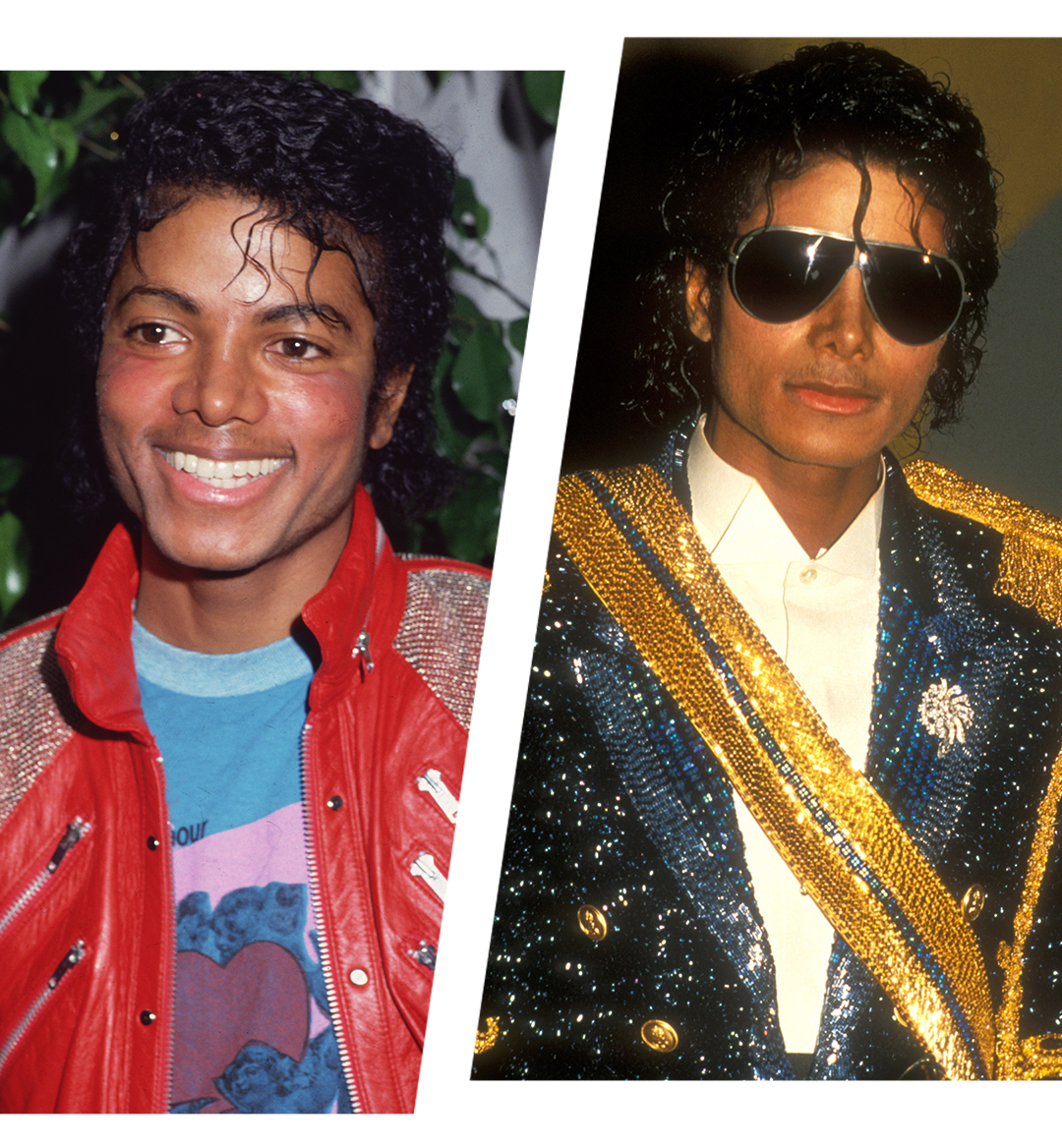 During a recent chat with Interview, Off-White founder and Louis Vuitton men's artistic director Virgil Abloh talked at length about his creative process. The worldly designer works relentlessly, keeping hours that most would consider obsessive. Abloh confessed that he got into fashion because he wanted to “offer a new vibe.” In the same breath, he shed some light on where the latest iteration of that “new vibe” will find its inspiration.

His next Louis Vuitton collection will reportedly be inspired by Michael Jackson. Considering much of his design inspiration is driven by the musical notes that fill his headspace, the King of Pop’s Motown nuance would inherently shift the nature of Abloh's work. Moreover, so would sifting through Jackson’s iconic looks. We pulled together ten influential outfits from Jackson’s remarkable career that Abloh could use as a reference for his upcoming collection. 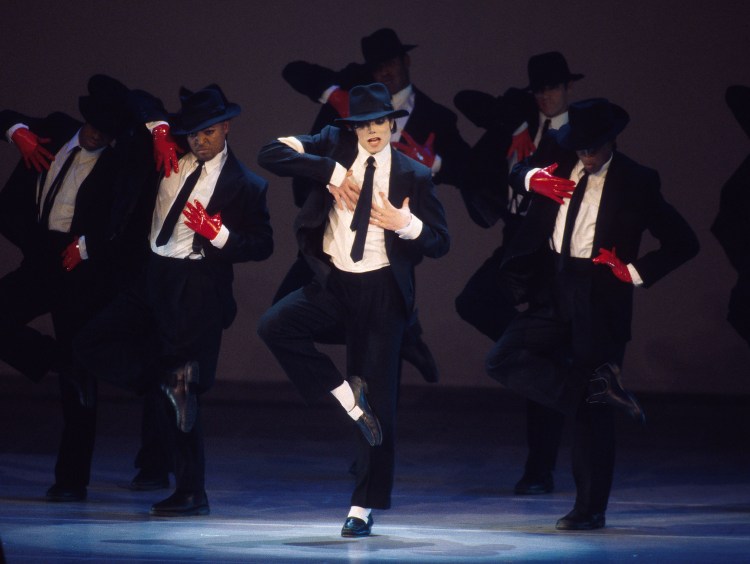 Suiting has played a central role in Abloh’s earliest designs at Louis Vuitton. A$AP Rocky debuted his very-first LV suit at the designer's inaugural spring/summer 2019 presentation back in July. That very same teal monogrammed two-piece was spotted on Kanye West at 2 Chainz’s wedding this past summer. Jackson doesn’t get much cooler than his suiting choices in the “Smooth Criminal” video; and the performances that surround it. There’s much to pull from here—all the way down to the white socks and loafers. 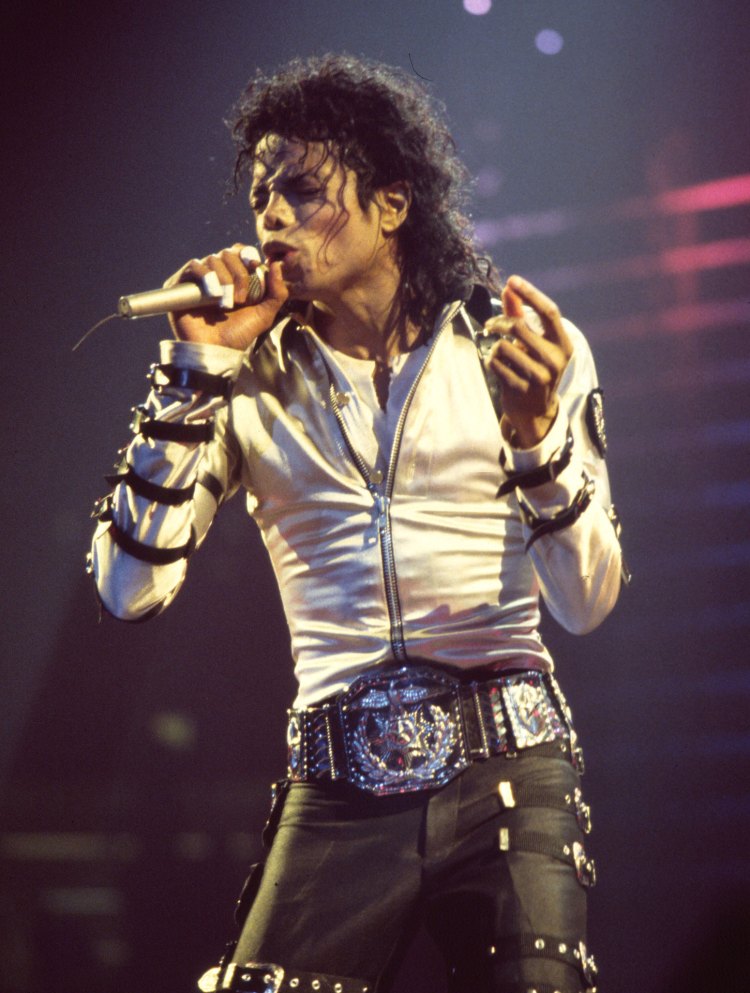 During Jackson’s press run for Bad, the Gary, Indiana–born star embodied the defiance in that music. From the album art to its supporting videos, MJ leaned sharply into leather jackets, zippers and strapping. These items and themes remain present in high-fashion today, most famously with Hedi Slimane’s past seasons at Saint Laurent. Abloh’s distinct pronouncement of this aesthetic would certainly be disruptive to the Louis Vuitton brand. Yet there’s no doubt he could pull it off exceptionally well. 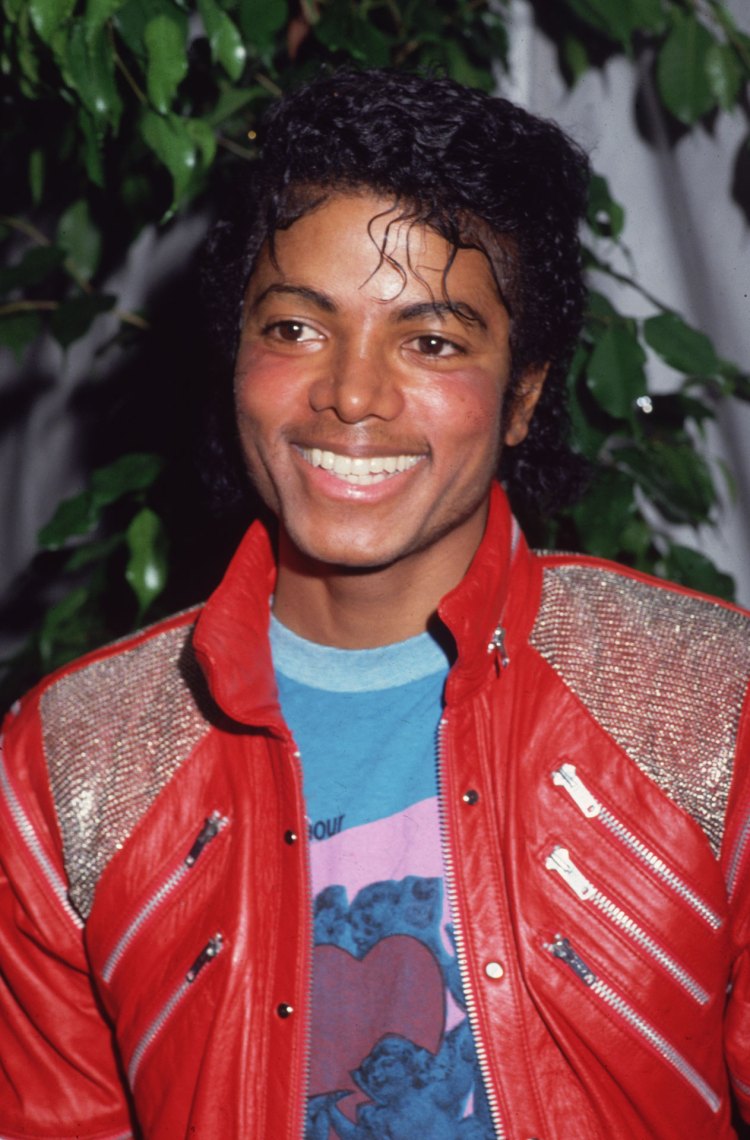 In 1983, when Jackson released his masterful “Beat It” video, the imaginative styling received near as much praise as the clip’s ageless choreography. His studded red leather jacket with a graphic tee underneath sparked an adoring duality. The juxtaposition of texture and color struck a chord. Abloh, of his own volition outside his design work, has worn something similar several times over. It wouldn’t be at all surprising if he modernized Jackson’s ‘80s fit to meet contemporary specifications. 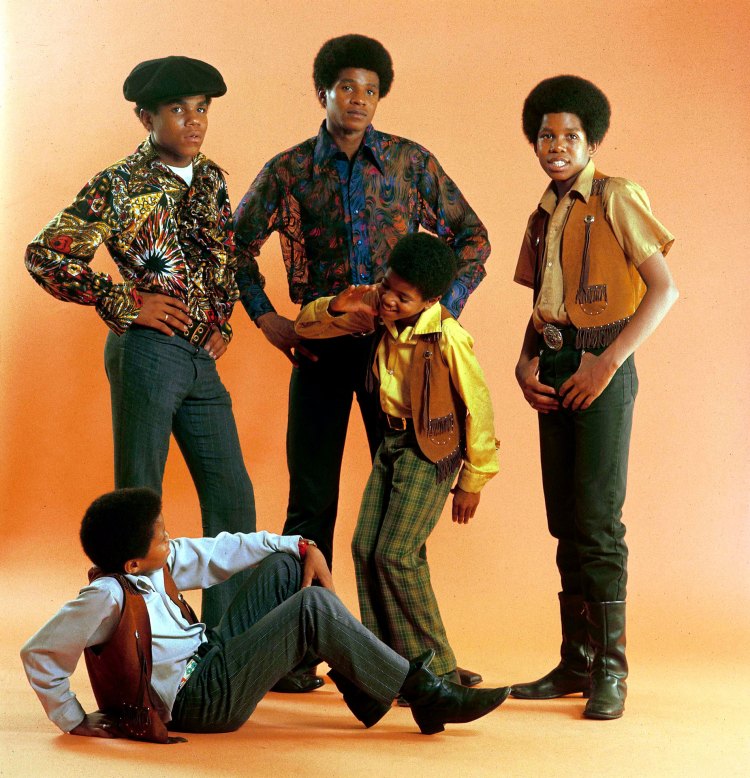 In the late ‘60s and early ‘70s, when Michael Jackson’s star was rising as the bite-sized frontman with the heavenly voice of the Jackson 5, his looks were heavily inspired by the times. He wore bells, butterfly collar shirts, prints galore and simplistic yet flossy loafers. Aside from the bellbottoms—although trousers and bottoms of all sorts are growing increasingly baggy—each of these themes are present today. This might be the greatest and widest Jackson style dig for Abloh. This era is ripe with looks that speak to modern design language. Moreover, so is the fit that made these garms special. 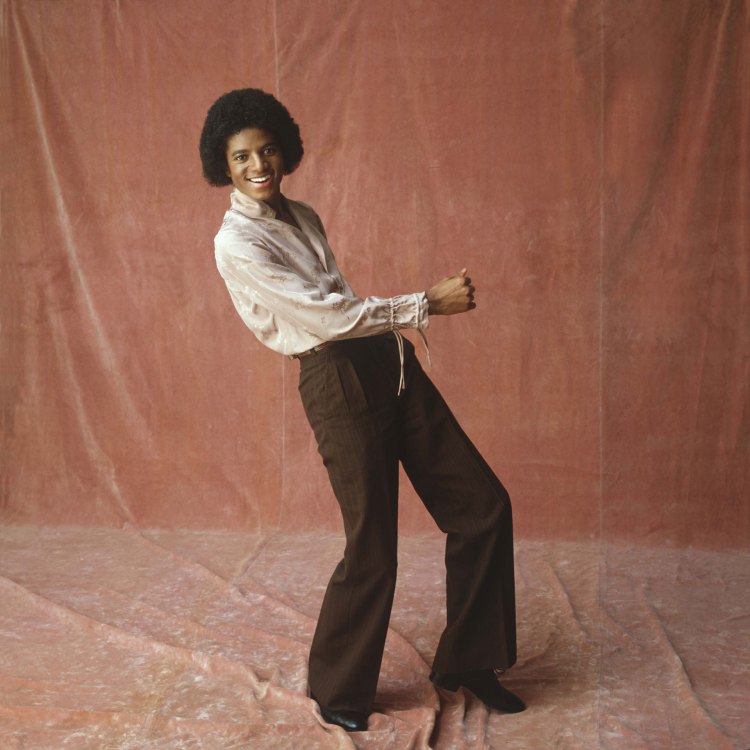 When you think about past LV seasons in recent years, the palette has been largely regimented. There’s black, white, some red and varying shades of grey. Michael’s look here from 1971 is foundational to the brown resurgence in 2018. This rich hue gives men distinction and elegance and is prime for Abloh to take into future LV seasons. MJ, too, is dishing out lessons in wearing silk, showing how earth tones can be as flashy as fluorescents when paired with the right accent. 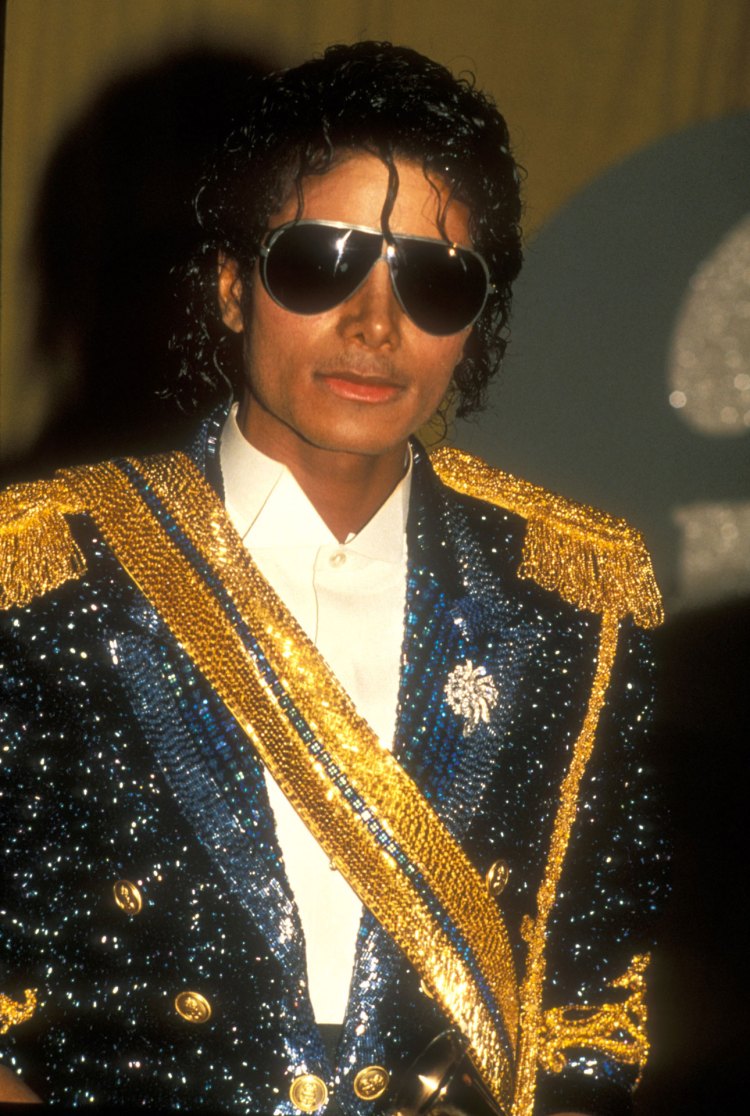 Louis Vuitton eyewear has a history that Abloh should undoubtedly tap into. And while he has a massive archive to reference, this mid–‘80s look from Jackson lends to the importance of large aviator–style lenses. Given the bravado–laden shaping, the frame in support must be subtle as it is here. Jackson went big, coupling the lenses with one of his most daring and experimental jackets of his career. The latter may not necessarily be ready for a comeback; the lenses, however, are a different story. 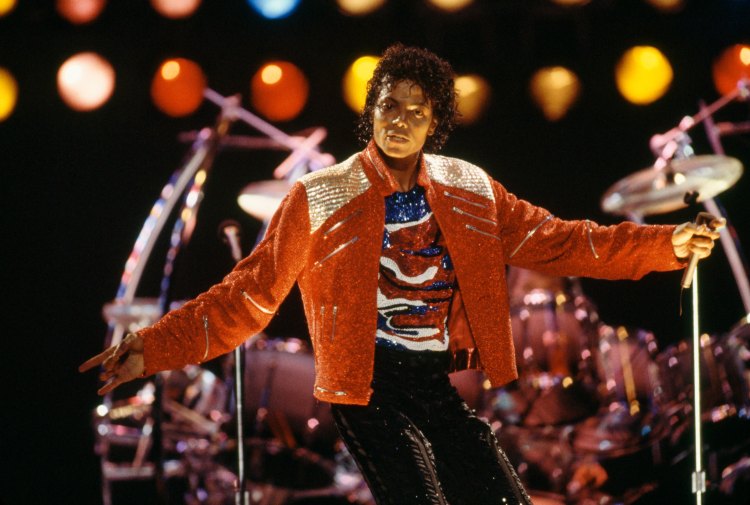 My Sweater Is Better

As the ‘90s began to take shape, so did the elevated flamboyance in Jackson’s personal style. Everything was shiny, glitzy and fully accessorized. Even his sweaters. This patterned gem looks a lot like Gucci pieces of today. Abloh, of course, has produced similar styles for Off-White. Aesthetically, this sweater on Jackson during a 1990 performance was a jumping off point for much of what we see today. A Louis Vuitton take on a piece such as this would be something special. 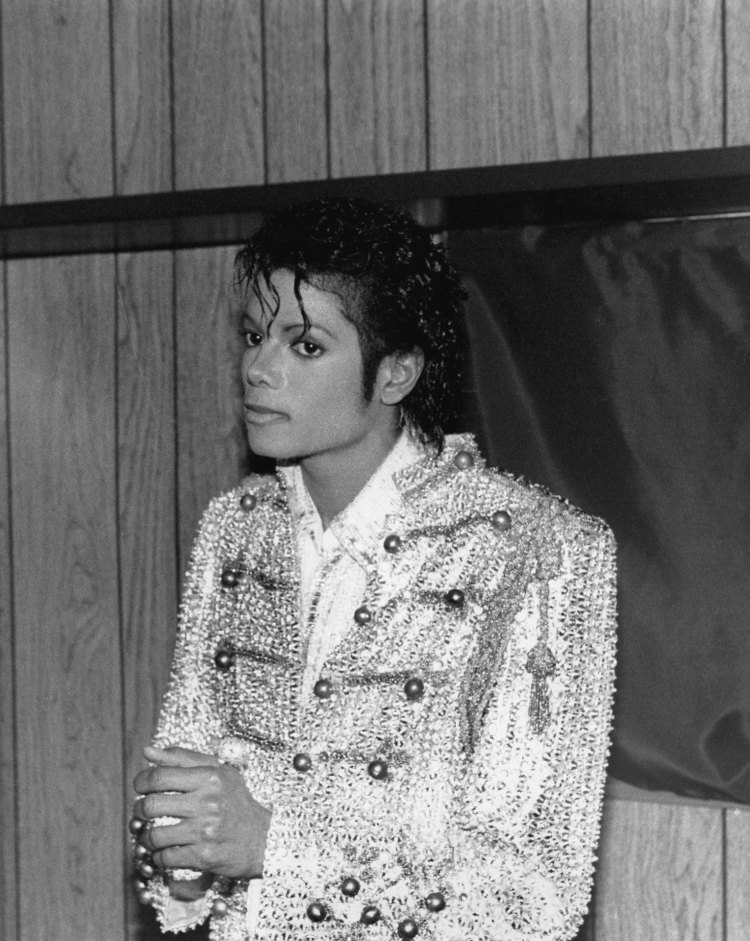 Throughout Jackson’s career, many of his performance outfits were OTT. They were overtly embellished but worked, given his larger than life persona. As we’ve grown more progressive in our tastes, embellishments have become more suitable for all. Abloh’s no stranger to this design technique through Off-White and his Nike collaborations. Also, he’s designing for Louis. It wouldn’t be Louis if it wasn’t a little fantastical.

Alongside his sister Janet in 1995, Jackson’s “Scream” visual stood as the most expensive music video of its time. A futuristic spaceship employed by the talented siblings was unlike anything anyone had seen in a music video. So were the space-age garms both Michael and Janet donned throughout the clip. Abloh has taken bountiful design liberties over his career, playing with varying shapes, cuts and methods in which to display branding. There’s little doubt his forthcoming LV work will mirror his courageous creations in the past. 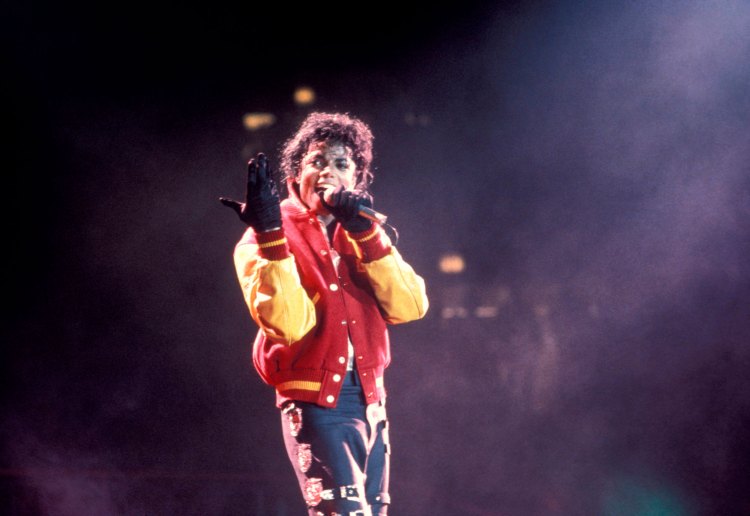 A good varsity jacket can completely reinvigorate a brand. Just ask Saint Laurent, who are still riding the wave of their time-tested Teddy Jacket. Jackson’s look here is as classic as it gets while remaining seamlessly modern. Abloh is certainly no stranger to a good varsity jacket. He’s smartly produced them for Off-White. A Louis Vuitton varsity needs to happen. And Abloh is the man to get it done.