What is Story Mfg.? 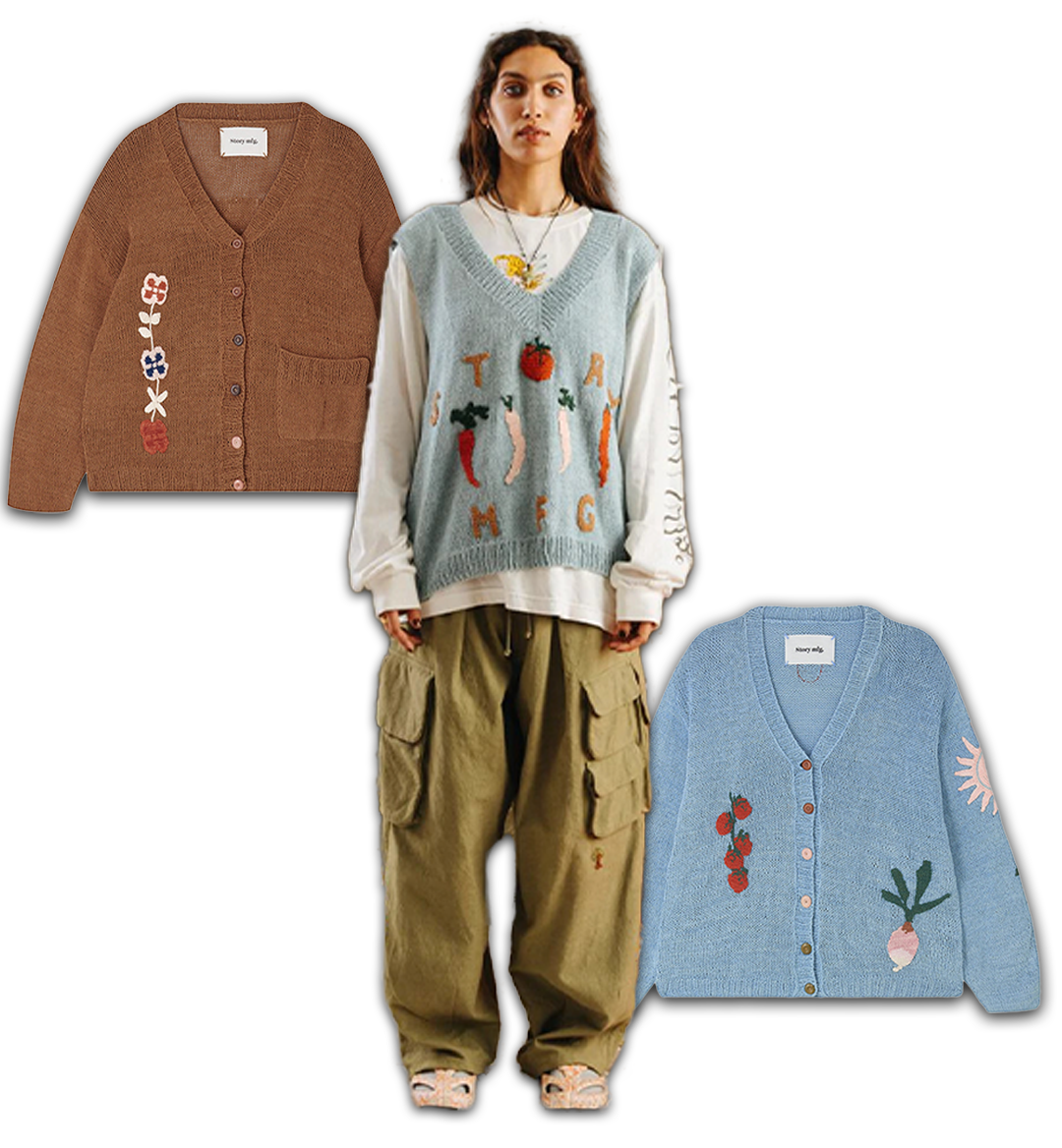 As the modern industrial machine that is the fashion world optimizes itself in an effort to maximize profits, the day of reckoning from our planet looms ever nearer. Incredible amounts of clothing from brands spanning the entire gamut of price ranges go to waste each year, be it H&M or Louis Vuitton. The latter has even been caught burning unsold stock to maintain a sense of exclusivity (LV is hardly the sole perpetrator). Fortunately, circumstances have made consumers much smarter in recent years. Buyers are increasingly looking for more sustainable options these days, and are becoming disillusioned by the greenwashing of massive brands. That's where brands like Story Mfg. come in.

Once the patrons of artisans and craftsmen, large fashion houses have pivoted to the streetwear-centric market for a quick buck. Because of this, the responsibility of preserving craft falls onto the shoulders of smaller producers.

Amidst these problems and an urgent sense of "we need to do better", young designers are navigating the process of creating a modern, contemporary brand that manufactures clothing responsibly, without cutting corners. Husband and wife duo, Saeed and Katy Al-Rubeyi, have been doing just that with their brand, Story Mfg.

Story Mfg. rethinks manufacturing from the ground up, from making its own textiles to hand printing and embroidering the garments. The pair's objective is to create clothing in an environmentally conscious and socially responsible manner and is incredibly transparent in the way they operate, sharing everything about their process via Story Mfg.'s website. 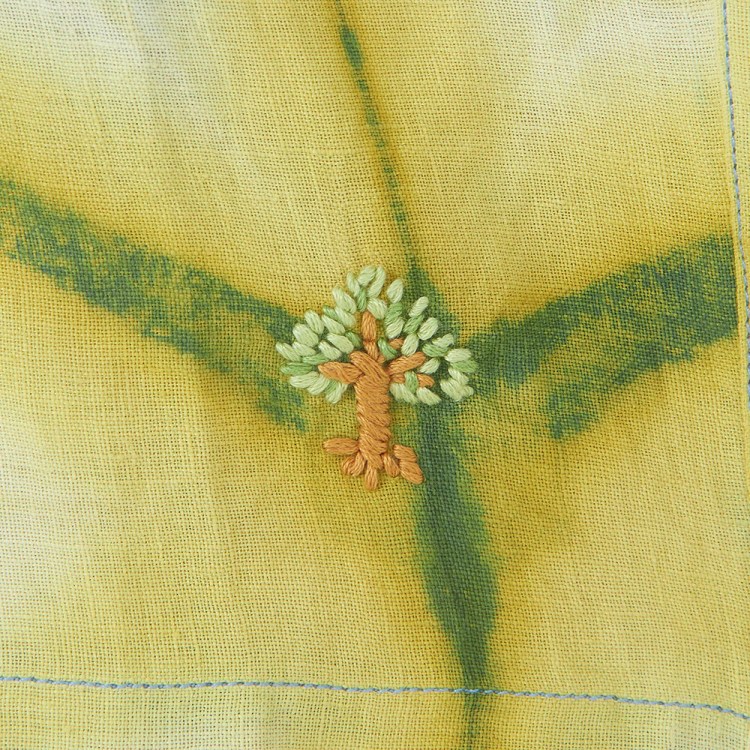 How did it start?

The brand was founded in the U.K. in 2013, but found its footing upon moving production to India in 2014. In most other situations, a move like this would be cause for alarm. Story Mfg. wasn't looking for cheap labor, though. It sought out India's traditional artisans, craftspeople who have mastered age old arts such as dyeing and weaving. Story Mfg. found a dye house in southern India, where these centuries-old professions are steadily disappearing due to the prevalence of modern technology.

As industrialization and globalization have ramped up, so too has the fashion industry. What was once an already exhausting seasonal calendar has been turned into a constant cycle of fast fashion micro trends, each new one beginning before the last has even begun to fade. Story Mfg.'s production methods are a staunch rejection of these practices. Turning to traditional methods requires a much slower pace, but ultimately results in a significantly superior product.

The story begins at the aforementioned dye house, where Story Mfg. collaborated with them to create a pair of denim. They began with 100 jeans, and worked with an old workwear manufacturer in the U.K. to create them. The denim was then brought to India for the dyeing process, and then buttons were sourced from Turkey. The idea was to be slow and steady with growth, because it was practically impossible to maintain that level of quality even at such a small scale.

After the denim came a jacket. Then a shirt. Slowly, Story Mfg.'s catalog grew, and so did its audience. The brand attracted the attention of the owner of LN-CC, a store in the U.K. The store had a "conscious" design section, and asked Saeed and Katy if they would be willing to produce a small collection. Piggybacking on this, others asked for a collection and so it came to fruition.

The first collection was minimal, consisting of three jackets and two pairs of jeans, made in two different fabrics. While it all started with menswear, the ensuing collections began to include womenswear as well, eventually working up to seasonal releases for both. Nearly the entire catalog is made from scratch, with Story Mfg. even buying cotton and making their own threads. Naturally, this makes expansion difficult. "It took us three years to make corduroy. But other designers are just going to buy corduroy. That’s easy." Saeed explains in an interview with Sabukaru Online. "It took us five years to make t-shirts because it’s very hard to make eco-conscious t-shirts the way we like it. It took us five years to do screen printing, it took us three years to get patterns."

When you hear about a brand like Story Mfg., the knee-jerk response is to conjure a mental image of poorly designed products that lean too heavily on the ethics of their manufacture. Story Mfg. is far from this, stressing that the brand produces designer products. Aesthetically, Story draws from outdoor fashion and utilitarian clothing, made with a craft approach. Ornamental stitching and embroidery is frequently seen on the garments, adding an element of playfulness. Many of the garments are classics reimagined, reinvigorated with fresh ideas like handwoven ripstop.

Story Mfg.'s ever-growing product line ranges far and wide, even into the realm of home goods. Some of our favorites include the woven hats, cardigans, and the wide legged pants. Given the use of natural dyes, Story Mfg.'s palette is often centered around muted tones, highlighted by pops of bright color from the plants more capable of such tones. 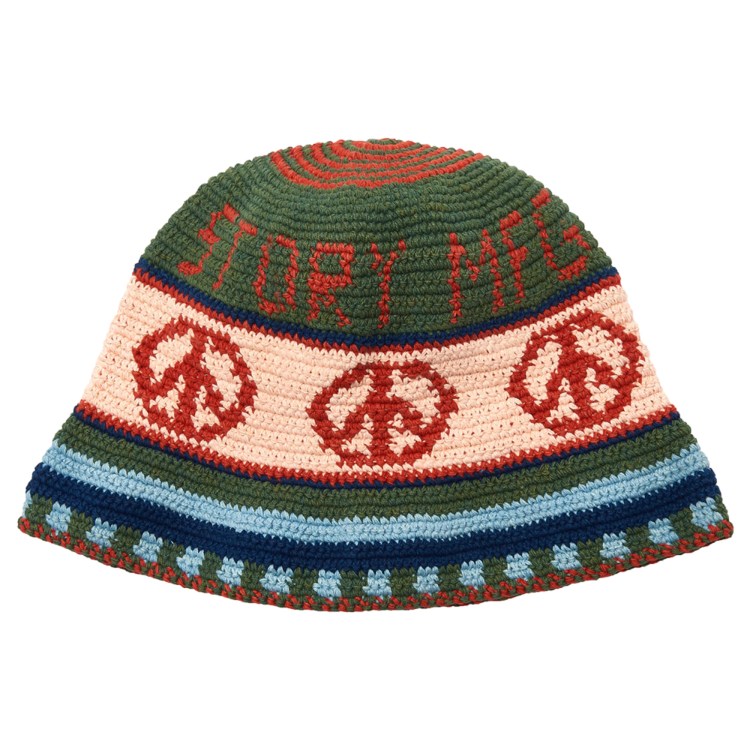 Obviously the most glaring thing about Story Mfg. is the price tag. While it may turn many off, remember that every single thing the brand makes is handmade and absolutely worth it. Don't just take our word for it though, check out Story Mfg.'s website to see for yourself.