Ready for a throwback? 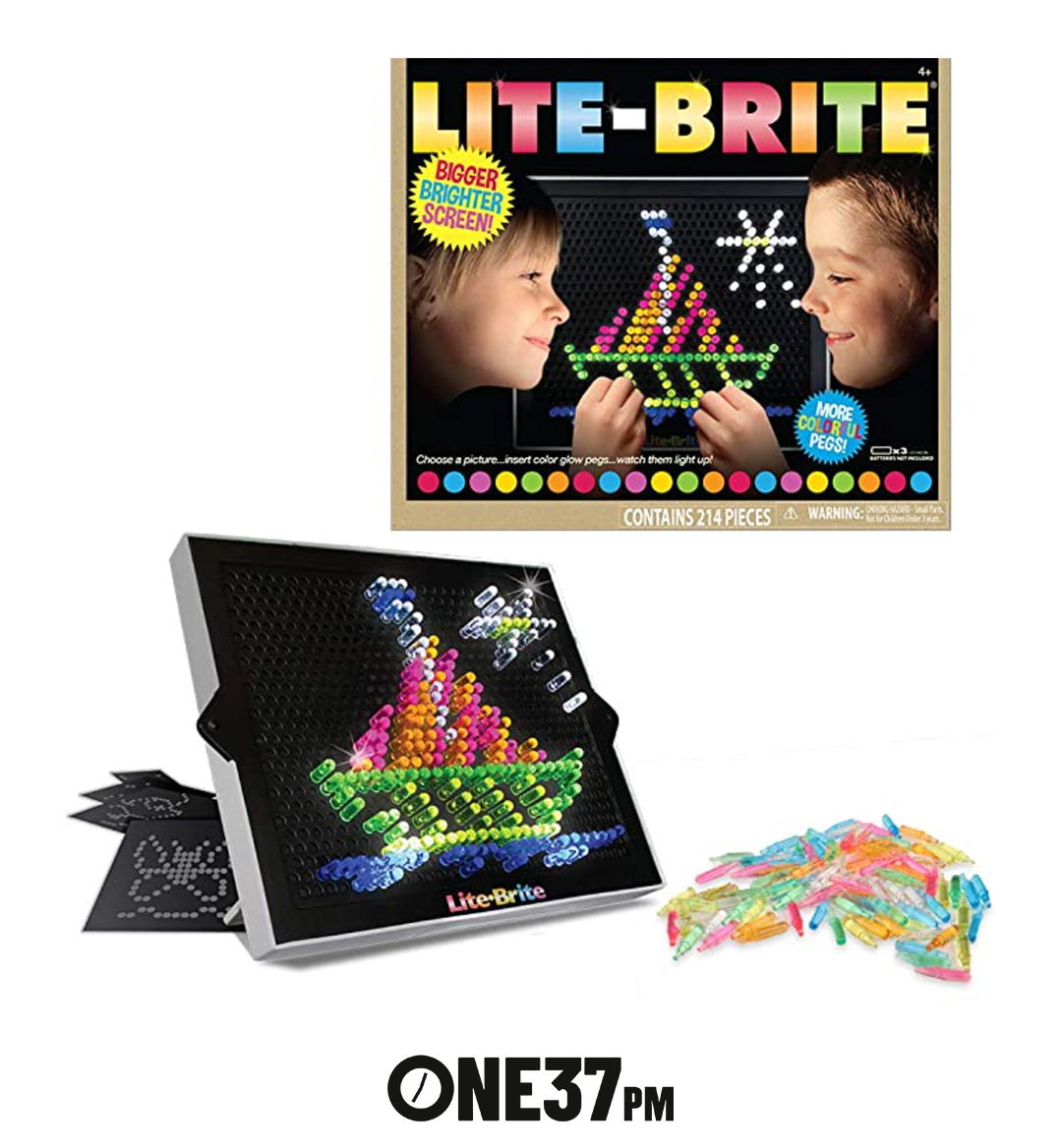 The 1990s officially began 31 years ago, and while recent generations have drawn from other eras such as the 1970s and 1980s, the 1990s have remained a constant source of inspiration. From fashion, to music, and even the many iconic television sitcoms and movies, those that lived to experience the 90s in real time have bouts of nostalgia, and those who didn’t seem to be curious as to what made the decade so special. While there were many elements to 90s culture that made it great for adults, it was also a magical time to be a child. Today we’ll be looking back at 10 different throwback toys that will give you a blast from the past. Let’s take a trip down memory lane shall we? 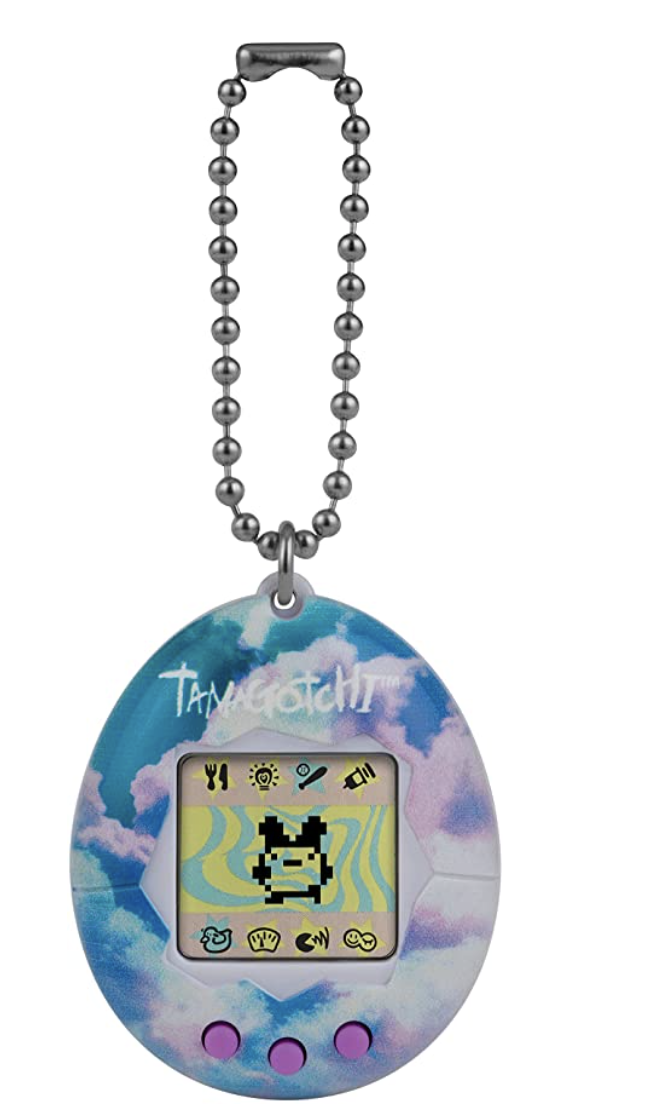 Taking it all the way back to 1997, the digital pet has made its way back with digital programming, and 36 different colors to choose from. The Tamagotchi comes with many cool features including the ability to feed it, give it medicine, and check its health when needed. Games are automatically loaded into the Tamagotchi, and a chain is included upon purchasing, giving you the ability to have your Tamagotchi with you at all times. 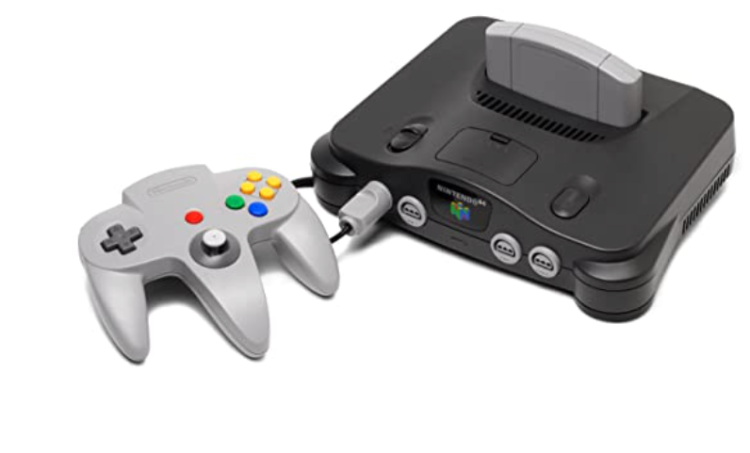 The 1990s weren’t complete without a Nintendo 64 (better known as N64). Tons of legendary games came on the platform including: Super Mario 64, Donkey Kong, and Pokémon to name a few. Picking up an N64 is a great way to experience the incredible joy of 1990s gaming culture, and the refurbished consoles are actually on the inexpensive side considering it’s a rare vintage item. 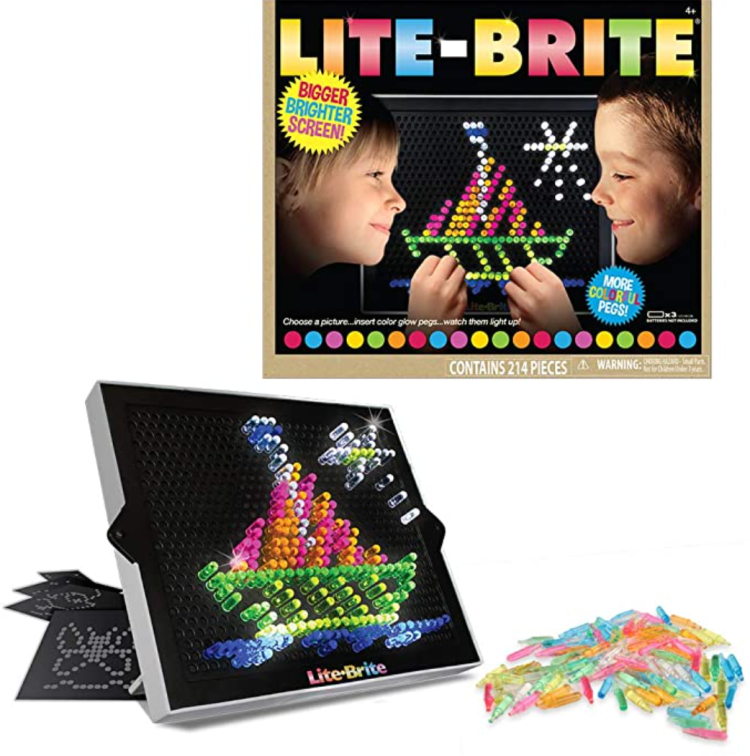 Lite-Brite has come back bigger and better than ever with a larger screen and more pegs available at your fingertips. The toy features battery-powered LED bulbs that screens four different ways to show your work, and includes six design templates made specifically to fit your screen depending on the size. The Lite-Brite is a great gift for kids, and perfect for birthdays, holidays, or any other special occasion. 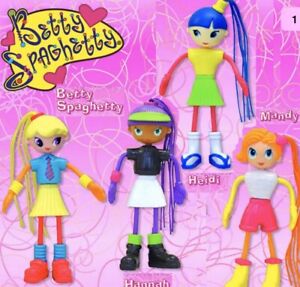 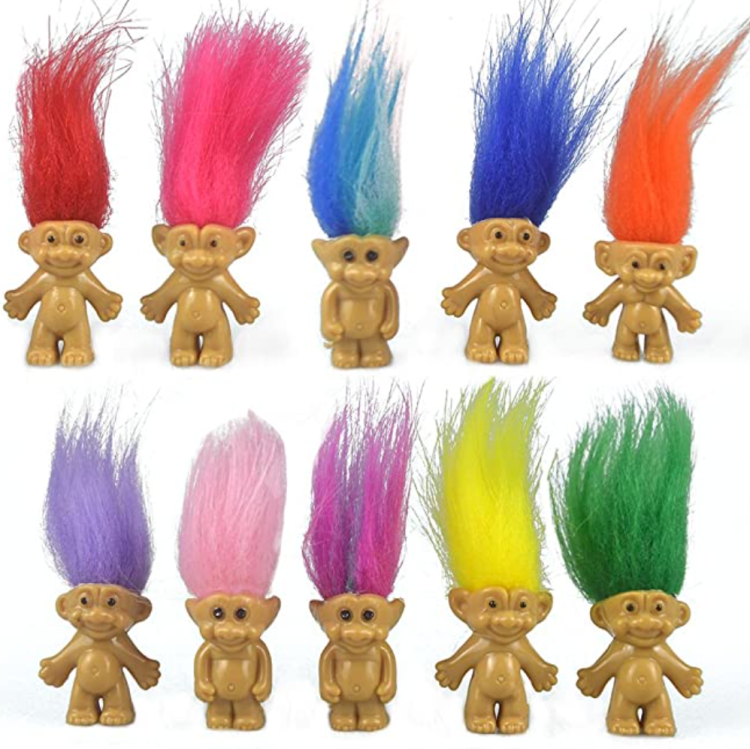 Nothing screams 1990s quite like Troll Dolls. The 10pcs Mini Troll Doll set gives Trolls fans everything they can ask for and more with 10 different dolls that have the classic design that takes us all the way back to our elementary and middle school years. The dolls can even be used as an addition to a personal collection, for a school project, and as a decorative cake topping for parties and festivities. 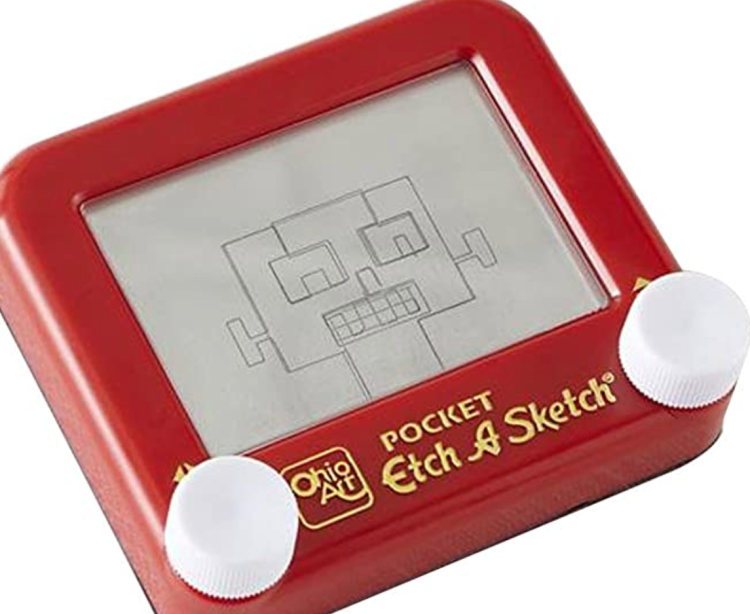 Etch-a-Sketch was a staple to 90s childhood entertainment. If you couldn’t draw in real life, then the Etch-a-Sketch pad was a way to make your artistic dreams come true. While it took some time to truly understand how to use the pad, once mastered, you could draw just about anything you wanted. You can still find Etch-a-Sketch pads both online and in-person at various different retail locations. 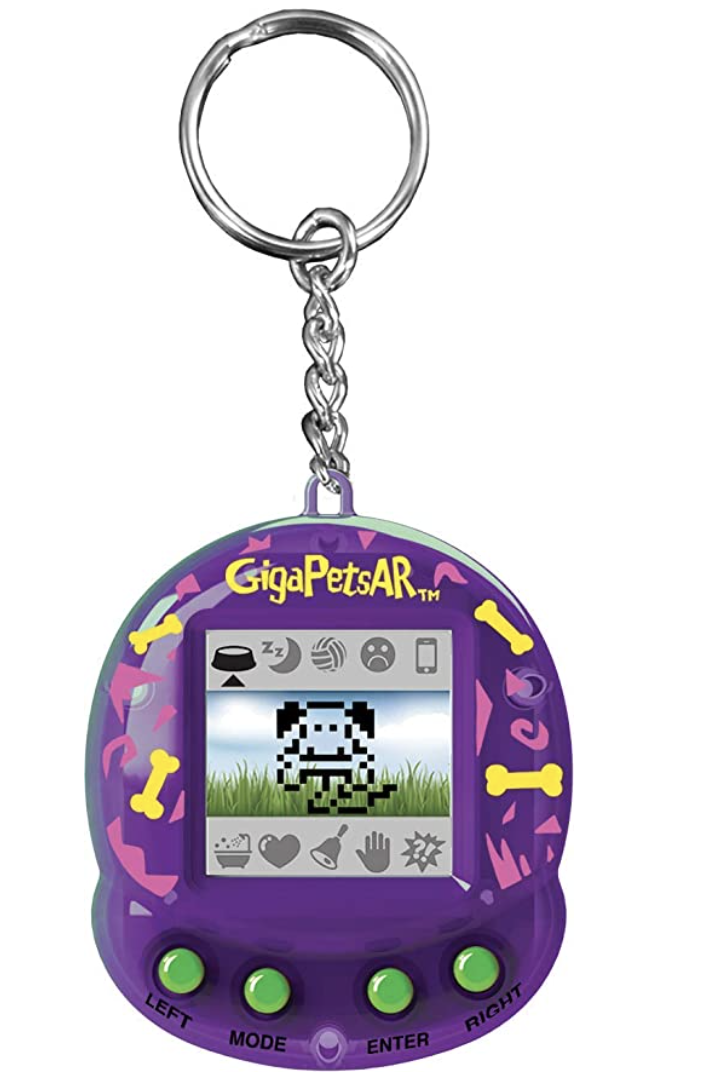 If you weren’t allowed to have a pet in real life, then virtual pets were the next best option. Giga Pets are similar to the Tamagotchi with it’s virtual design and mobility. This new edition of the Giga has new programming and animations to go with a larger speaker, and more realistic sounds. You can also download the accompanying 3D app to see your Giga pet in action, which adds to the fun. The Giga also comes with a keychain that be attached to backpacks, so you can keep it with you at all times. 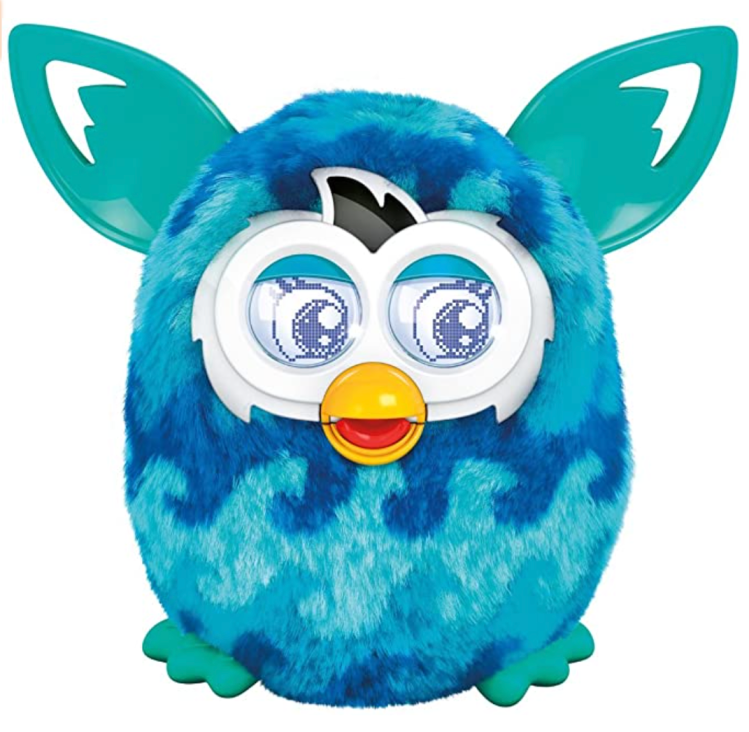 Who could ever forget Furby? One of the most iconic toys of the 1990s and 2000s, Furby continues to live in the minds of many millennials. Furby’s are now somewhat of a collectors item that can be hard to find at times, but you can get lucky on eBay depending which type of Furby you are looking for. 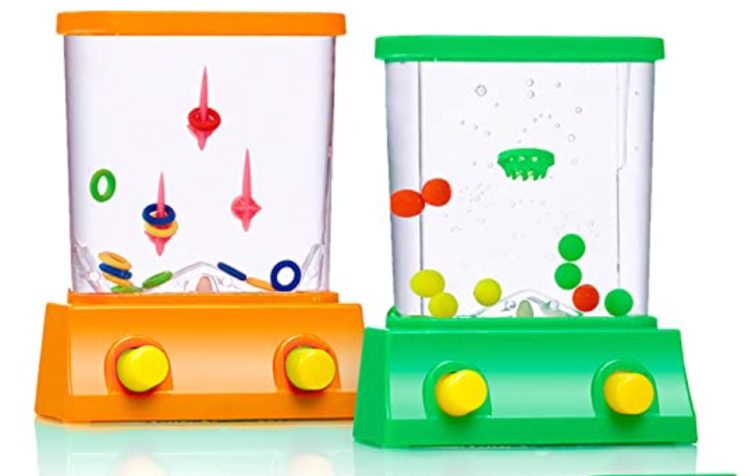 If you grew up playing water games at the Arcade, then this the perfect toy to pass down to your kids (or still play yourself if you are in the mood for a throwback game). A highly entertaining and borderline addictive game that can be carried anywhere, this handheld water device will keep you occupied for hours on end with its fun and relaxing challenges. Not only is the Handheld highly regarded for its entertainment, it is also renowned for its ability to relieve stress and tension. 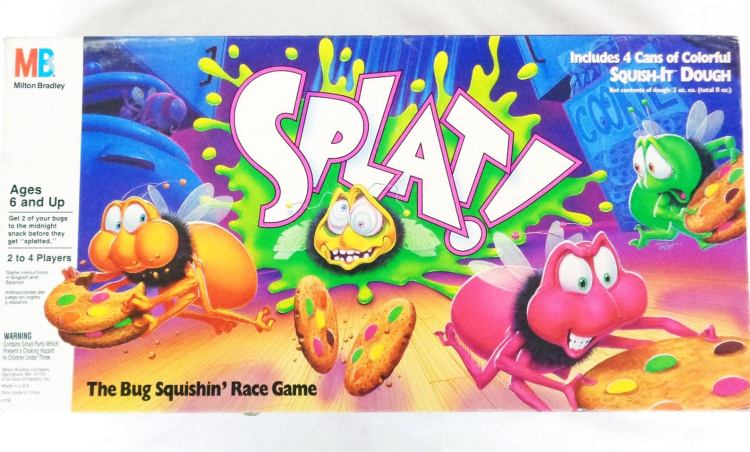 We could be wrong on this, but it seems like board games have become a thing of the past in this era of digital entertainment. Board games were an awesome opportunity to not only spend quality family time together, but a way to improve your critical thinking skills as well. It’s time we bring board games back, and why not start with Splat!? Splat! was a children’s path racing game that required you to smash your opponents in order to win the game. Splat! was super cool, and will always be a great way to spend time with the little ones in your life.

ONE37pm may earn compensation through affiliate links in this story.

5 Sneakers To Watch Out For This Memorial Day Weekend