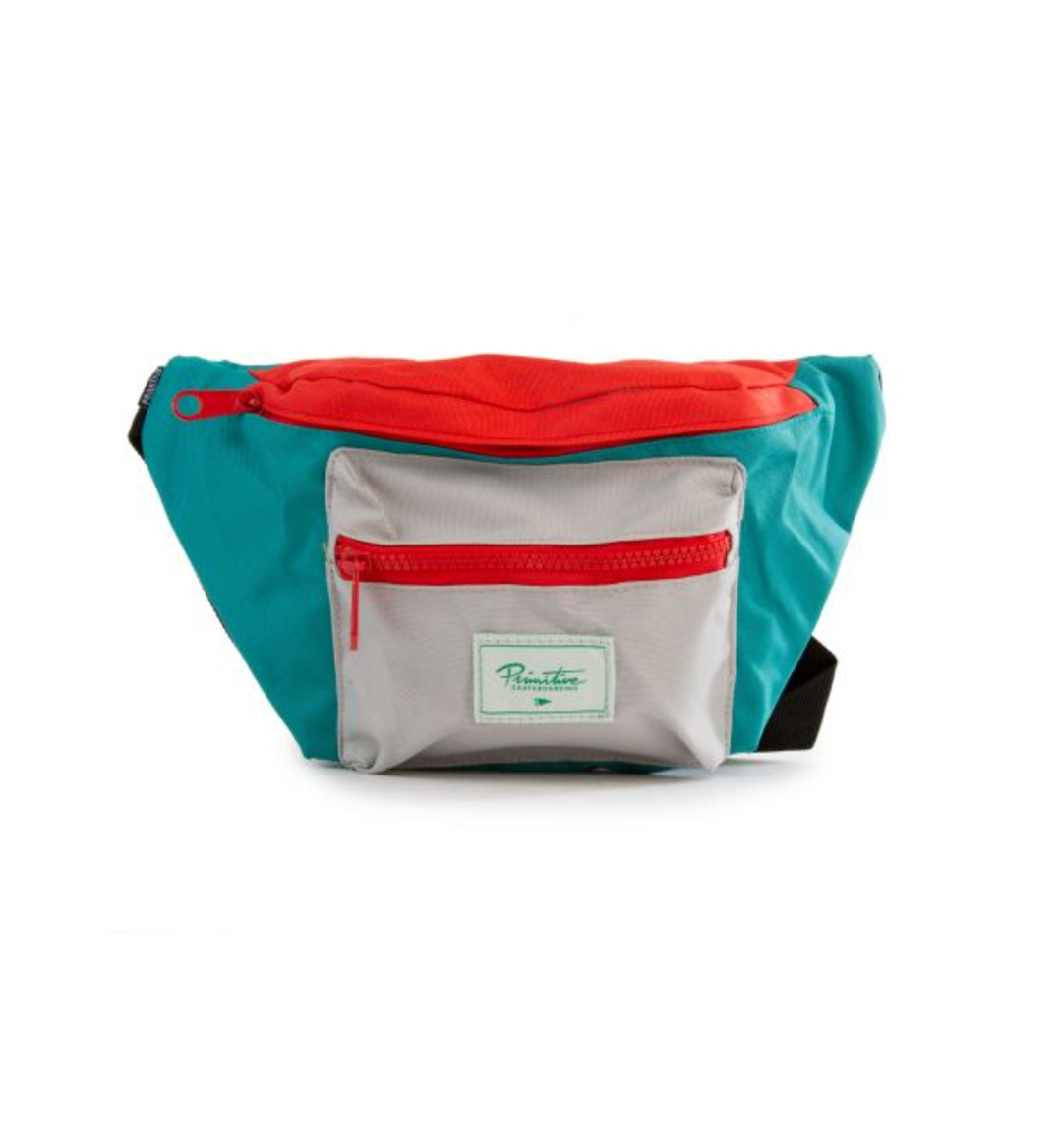 If you were to ask trend forecasters in the late 90’s and early 2000’s what item they thought could never make a comeback, I’m sure at least a handful would have answered the fanny pack. Although in the 80’s fanny packs were eternally on-trend, the accessory transitioned from a symbol of utilitarian smarts into a pinnacle of goofy tourist-wear often used as a punchline about someone totally out of sync with what’s stylish. See: Weird Al’s “White and Nerdy.”

By 2015, fanny packs were beginning to emerge as a post-ironic anti-fashion statement, which then quickly turned the item into a must-have for clout chasers and hypebeasts. In 2018, Vogue officially declared that “due to our odd fascination with ugly throwback clothing … the fanny pack has been vindicated.”Right before the pandemic hit, it was impossible to go to any trendy bar in New York without seeing at least a dozen fanny packs — worn by all genders, creeds, and social classes.

Nowadays, pretty much every major designer, label, or brand has its own clever take on the traditional fanny pack. Some hark back to the retro color palettes of the ’80s and ’90s, while others are fresh spins on useful athleisure and health-goth aesthetics.

We’re counting down 19 of the most fashionable fanny packs we could find, ranging from under $10 to over $1000. Check them out, below! 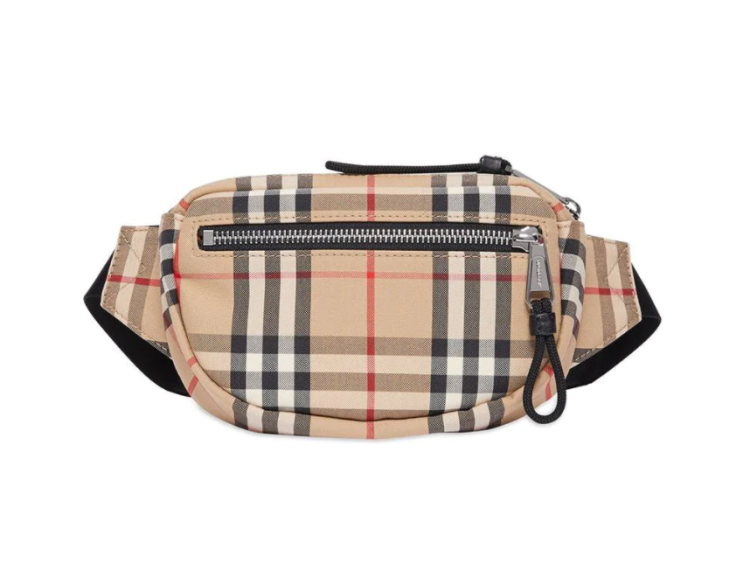 Few things are more confidently arrogant than Burberry’s signature beige check pattern. At $550, this micro-bag is an obvious declaration of wealth, but having a disposable income is always a good look. The fabric is a cotton blend with a top zip closure feature, a front zip compartment, stitched panels, a rear buckle fastening, and mesh panels. 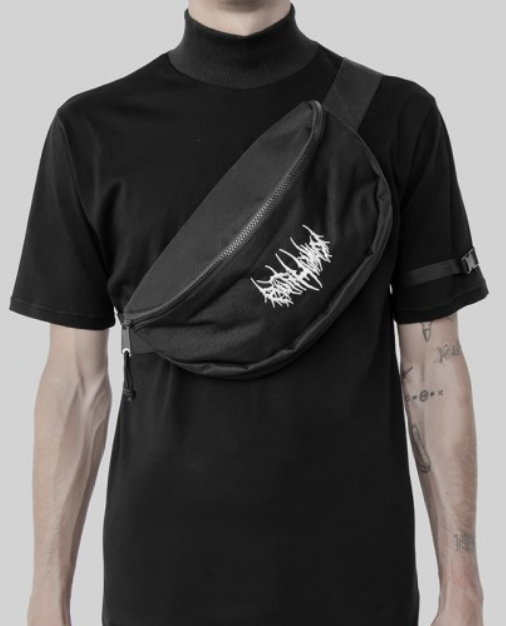 Illegible black metal fonts never go out of style. Italian designer Loredena Pinasco’s oversized fanny pack has lots of room and inside netting pockets to keep everything organized. As darkly brutal as it is apocalyptically stylish. 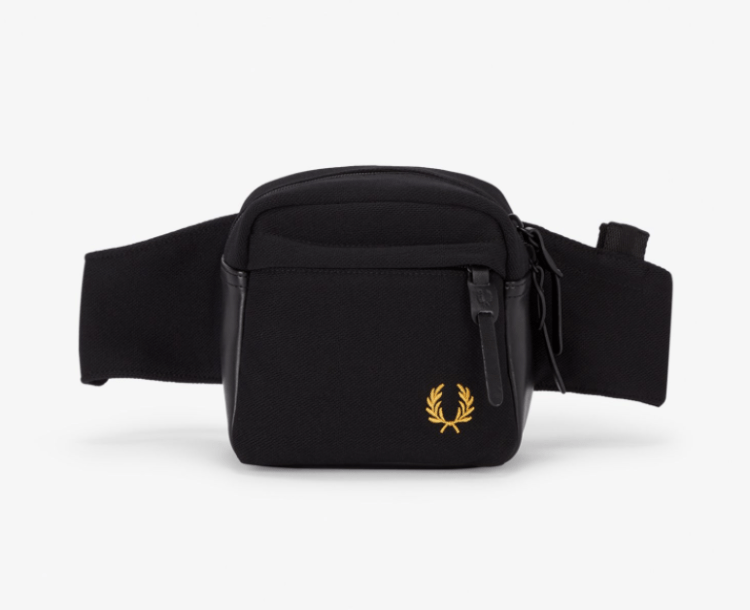 The classic British mod brand offers a simply styled hip pack with two pockets. The corduroy fabric gives the small bag a slightly more distinguished finish and the yellow/black color palette is always a look. Premium leather trim elevates this from a useful accessory into a declaration of good taste. 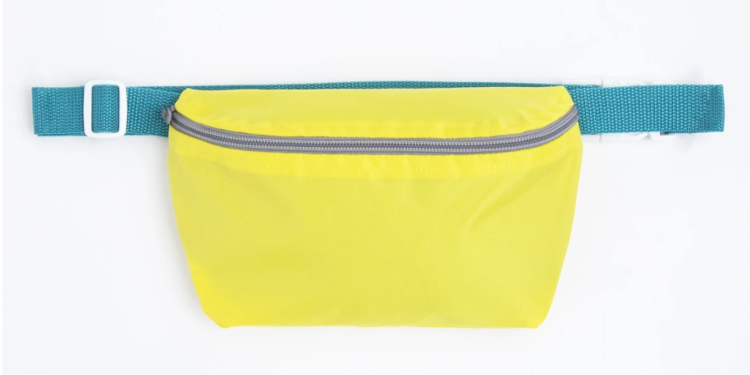 American Apparel was ahead of the curve when it came to fanny packs before they went out of business. The newly revitalized Los Angeles Apparel stays on-trend with flashy fanny packs in lightweight nylon, keeping true to the early 00’s indie aesthetic that made this label’s original incarnation so ubiquitous. The accessory comes in bright pinks and blues or more modest browns and blacks. 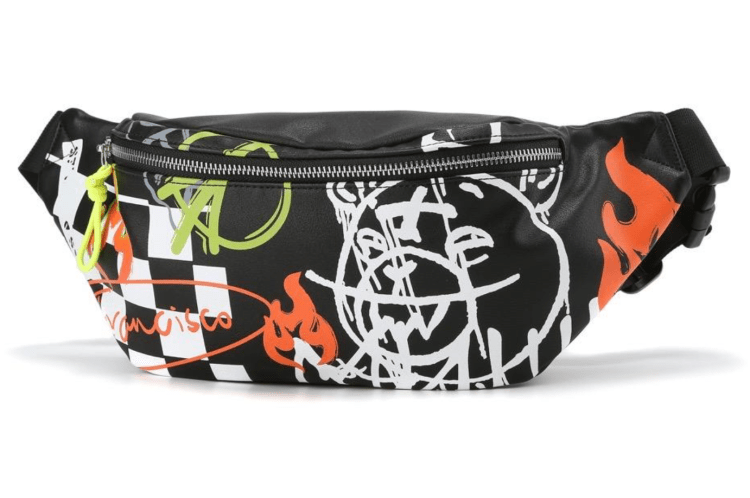 Mishka’s been a staple of streetwear cool since the brand’s founding. Their graffiti-inspired fanny pack is a bold statement piece drawing on classic skateboard styling tropes: checkerboard, flames, and an insidiously cute mascot. The size isn’t quite oversized but can still fit all your essential goods and green. 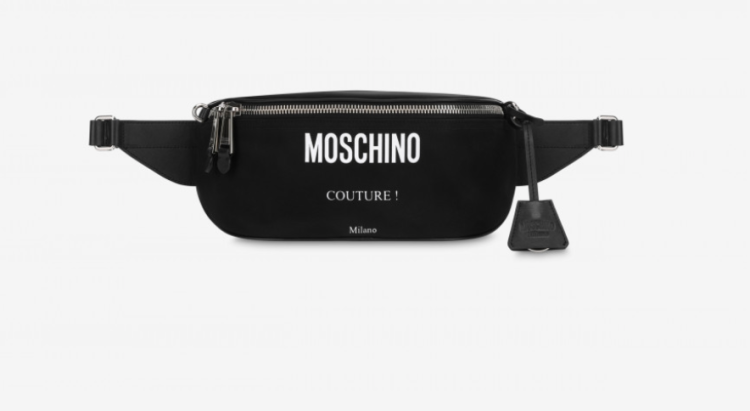 Moschino’s playful and self-referential couture is far from affordable but it’s a powerfully conspicuous statement when paired with the right outfit. The brand’s signature oversized zippers are somewhat cartoonish, but what else would you expect from the pop-art-influenced label? 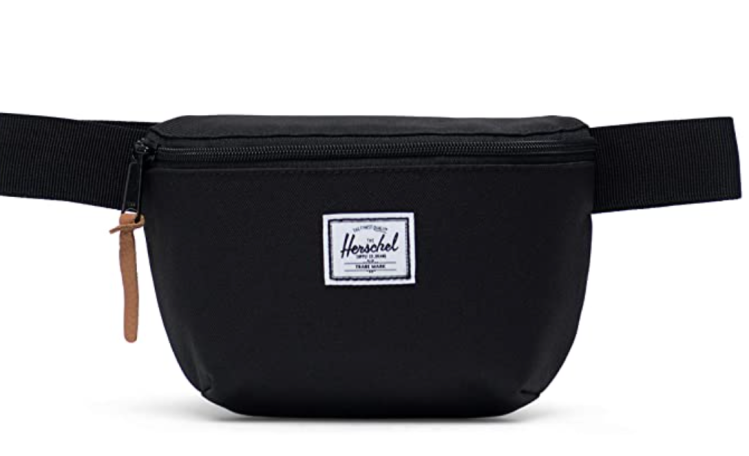 In trendy urban areas, Herschel’s affordability and durability have allowed the no-frills brand to become totally omnipresent — and, honestly, fair enough. It’s hard to argue with the $28 price point here, and the garment isn’t likely to fall apart. This particular hip pack is smaller than the average fanny pack, but it’s still got enough room for your wallet and phone. 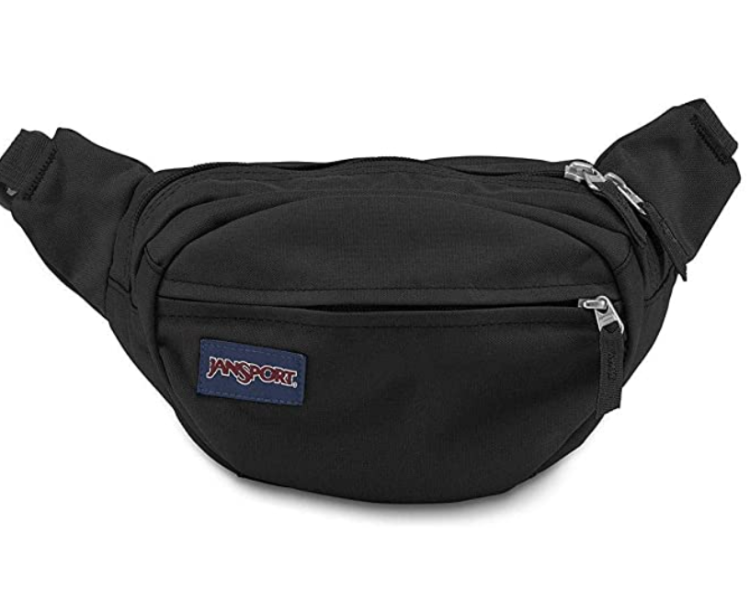 Jansport always gets a certain age bracket feeling nostalgic, and their bags and backpacks are made to outlast the fond memories. This plain black, inexpensive fanny pack has an adjustable waist belt with a buckle enclosure. Nothing fancy, but totally useful. 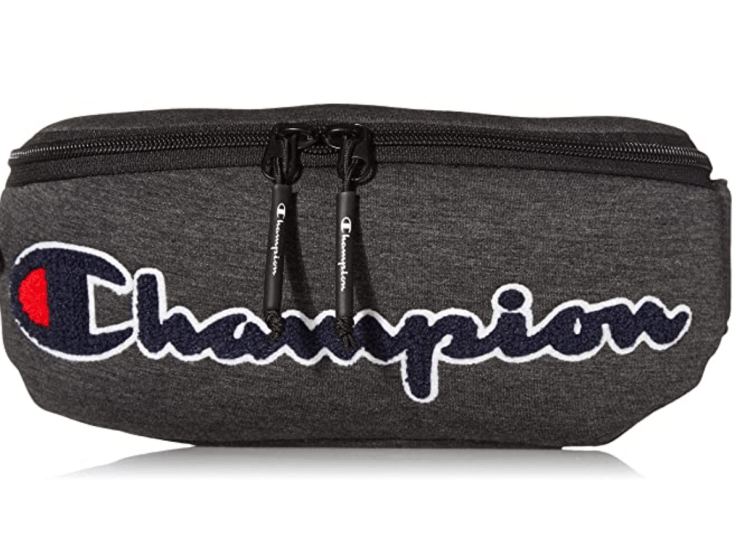 Champion’s big, bold label is slapped right on the front of this roomy fanny pack. Although the brand’s been designing with athletes in mind, there’s plenty of everyday use-value in this spacious-but-not-oversized side bag. Note the modest price point. 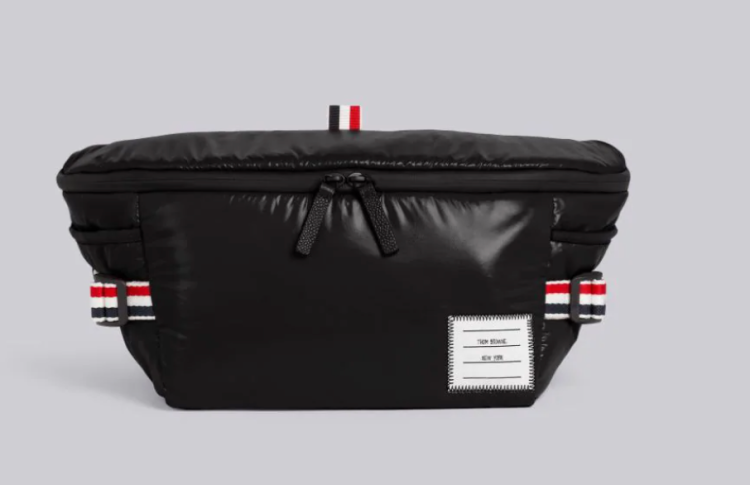 Thom Browne brings a uniquely American take on fitted mod sensibilities, as seen in this oversized bum bag. Considering Browne’s mostly known for super-skinny fits, the big fanny pack provides a stark contrast with the rest of their wares. The high price point comes with a whole lot of clout. 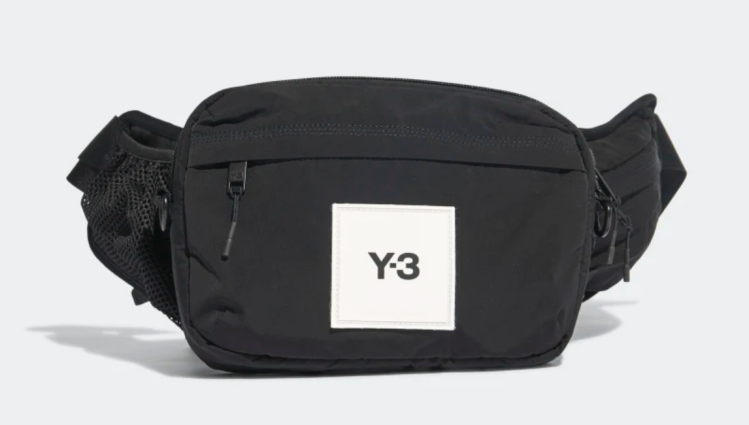 With adjustable clips that allow for three different possibilities for wear, Yohji Yamamoto’s ongoing Adidas collab once again brings “a utilitarian approach in creating a versatile, multifunctional piece.” The brand’s label on this is silicone, making it stand out. 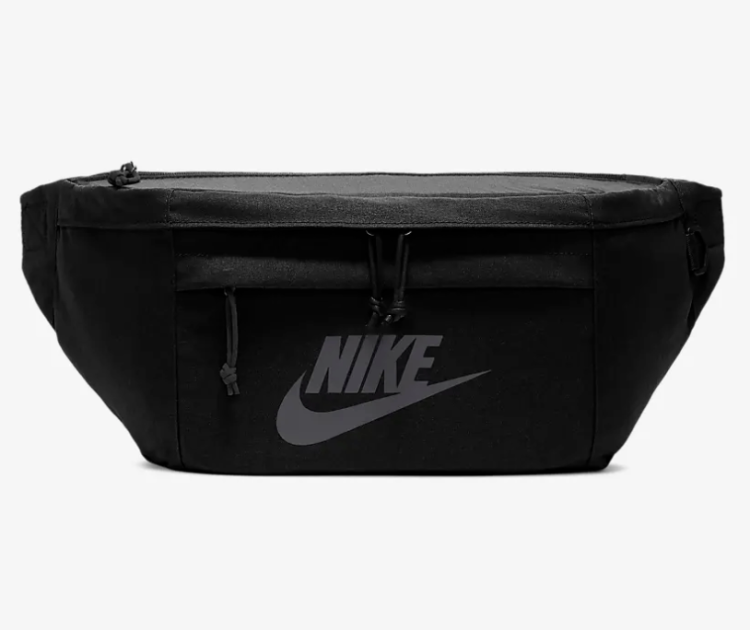 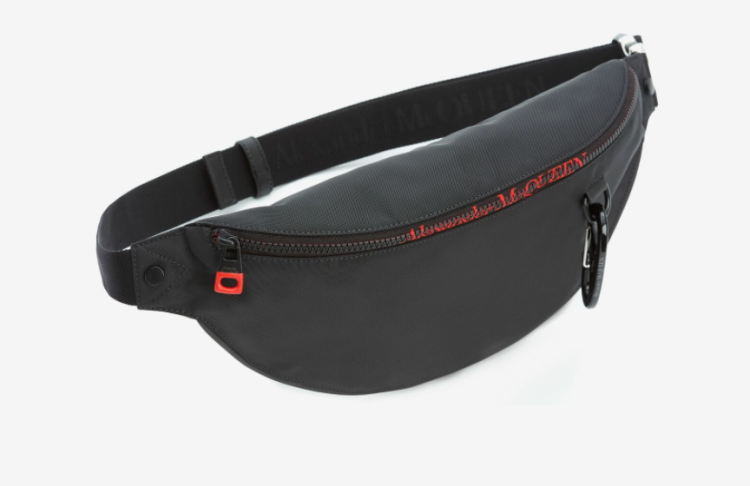 Even before McQueen’s solo Met show stunned the high art world, any article of the couturier’s impeccably designed garments was a sign of erudite sophistication. This understated fanny pack isn’t as outre as some of McQueen’s more macabre contributions to fashion, but it will instantly win the admiration of true fashion snobs. 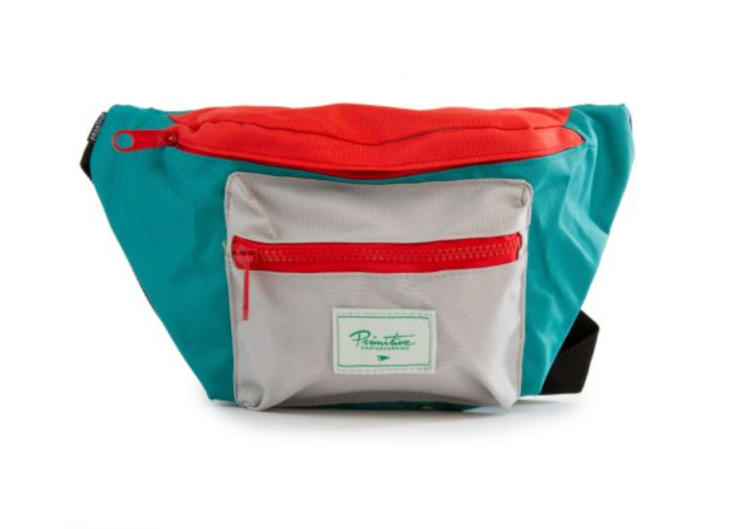 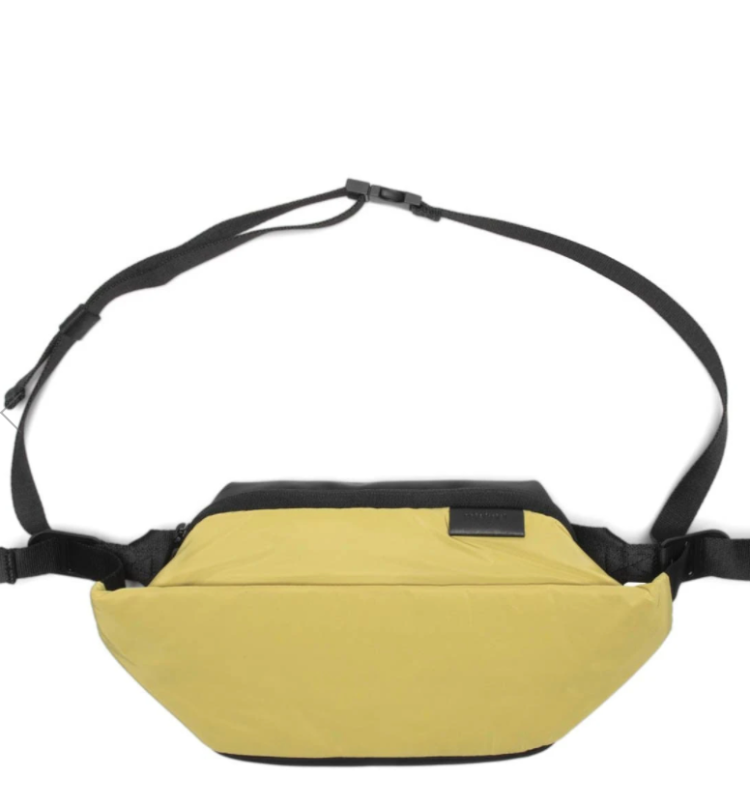 The Boston-based streetwear curators at Bodega have once again struck gold with their selection of the French brand Côte&Ciel. The fresh label’s aesthetic “incorporate[s] a sleek, industrial-style into their designs resulting in unique shapes and unlikely silhouettes. This “highly versatile” bag can be worn as a cross-body, around the waist, or as a tiny backpack. 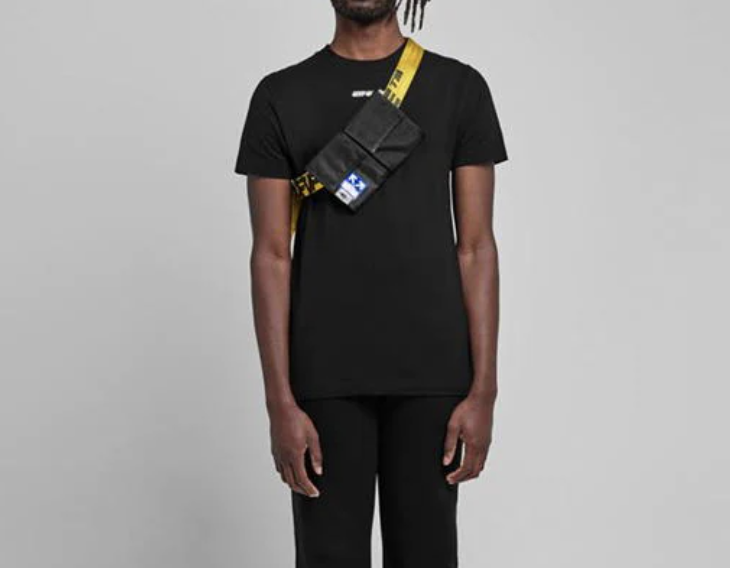 If we can put the political buffoonery aside, Off White’s semi-industrial, postmodern/deconstructive designs remain utterly cool. This particular fanny pack looks closer to a Final Fantasy-esque item bag, but the functionality is comparable to other items on this list. The half-translucent buckle is an intriguing detail, as are the small patches on the pouch. Ideal for music festivals, the bag is “constructed with two touch fastener closed pockets along with an adjustable grosgrain belt that boasts the signature jacquard logo branding.” 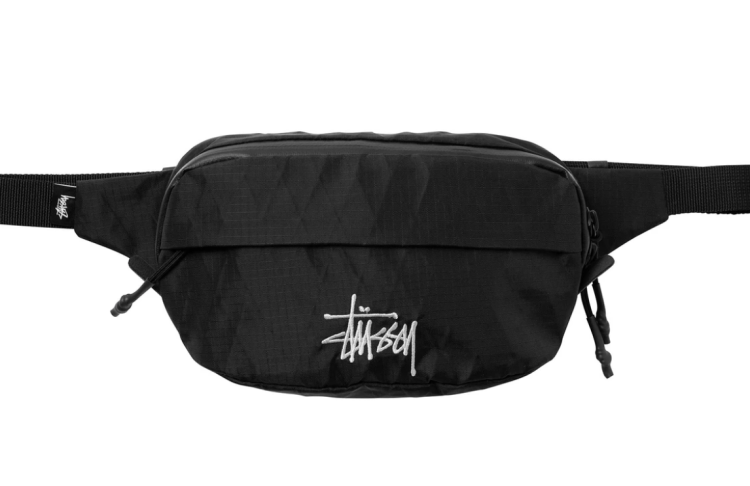 One of the most iconic hypebeast brands (no shade), Stüssy has been a staple in the California skateboard and hip-hop community since the early ’80s. Vintage Stüssy used to be a hot commodity amongst resellers and second-hand experts, but their newer merch is just as on-trend. Their moderately-priced nylon waist pack features the company’s logo embroidered on the front — for the clout. 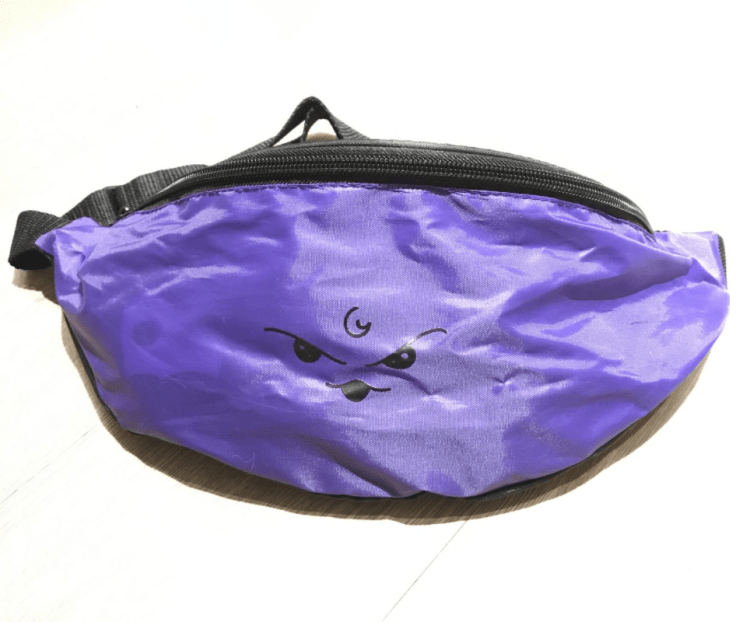 We put Marty and Sarah Love Wrestling at the top of our wrestling podcasts list, and the duo’s merch game is just as strong as their weekly show. This adorably goofy fanny pack, featuring the pod’s resident mischievous space alien, is a cute novelty gift and a campy fashion statement in a playful purple. 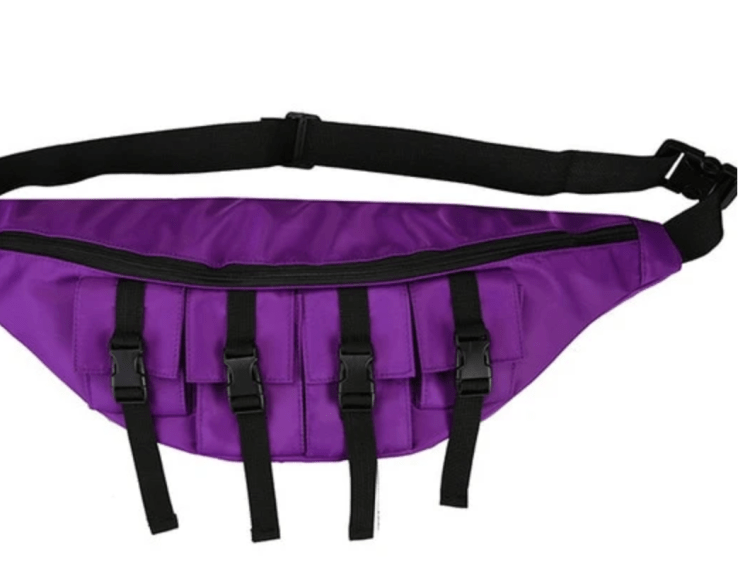 So oversized it’s maybe closer to a backpack, BoiPKG’s water-resistant bag is a quirky, urban take on the traditional fanny pack. This queer-owned and operated label is best known for making all-gender undergarments and using non-binary drag performers and transgender Instagrammers as tastefully sexy models — but their ventures outside the world of intimate apparel and underwear are proving fortuitous. At just $35 dollars, this huge bag fits books, gym supplies, a tablet, and whatever else you need for a day or night out. Comes in white, grey, purple, black, and a multicolor variant.