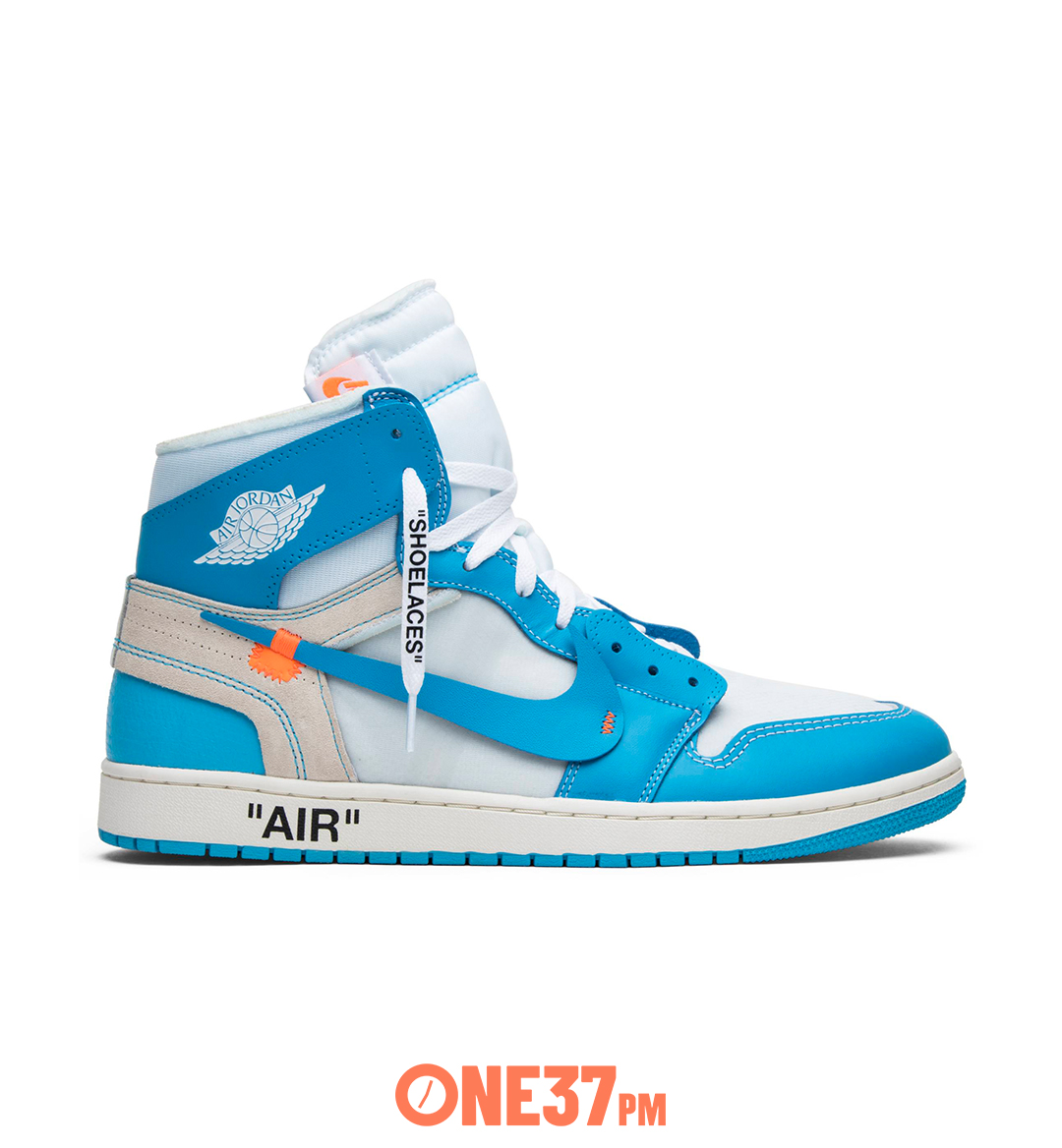 The category is collaborations. Nike collaborations. There’s a bunch of them out there, and apparently we can’t get enough because every new collab (major or minor) is pretty much a sellout at this point. Think about it—it’s Nike, one of the biggest brands in the world, and arguably the biggest sports brand in the universe while also being home to some of the most legendary and influential figures in history. Who wouldn’t want to collaborate with Nike? The answer to that is very few, and today we are revisiting some of the finest.

With dozens of collaborations and counting, it’s hard to narrow down which one is the “best,” but we are going to try. Let’s give it a go shall we?

Boy where do we start. Supreme and Nike have released so many different drops that it’s hard to specifically say that one is better than the other. With a partnership spanning nearly two decades, Supreme drops are always something to look forward to, and both brands have been able to adjust to the times as their collaborations never look dated. For each collab we’ll be selecting the shoe/shoes we deem as the most (or among the most) iconic, and for this one we’ve gotta go with Nike x Supreme Air Force 1s.

We know this is a bold choice because the only thing separating the Supreme iteration of the AF1s from the standard are the Supreme branded laces (and the brand's logo), but these really stand out. Not everyone likes Foams, and super colorful sneakers may not be desirable to some, but you can never go wrong with Forces. 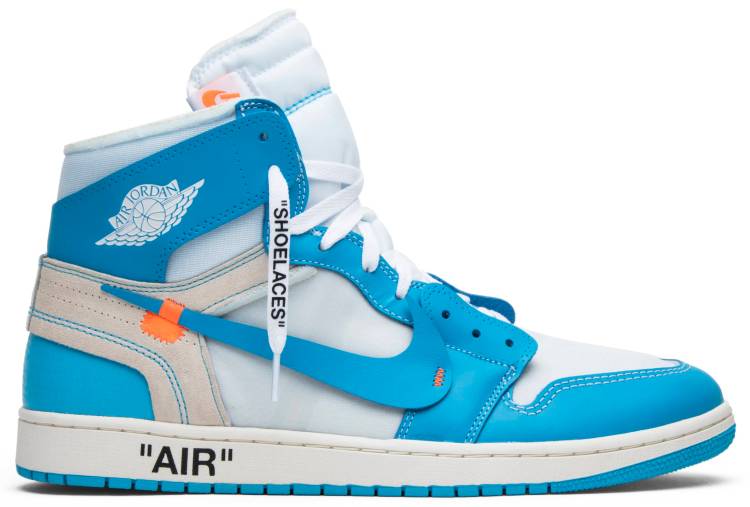 Virgil Abloh is a busy man isn’t he? Again, it’s hard to narrow down which sneakers in the Off-White x Nike partnership are the best as it really depends on personal style and preference. By now you should know that any Virgil Abloh design is going to be a unique blend of streetwear and couture, and that has been in the case with all of his Nike releases.

For this one, we’ll select the Air Jordan x Off-White Retro High UNC sneakers. Every Off-White collaboration is super hyped, but this one right here has a case for being the most anticipated thus far. Highly coveted and highly sought after, these high tops were inspired by Jordan’s alma mater, and are still incredibly tough to get your hands on. 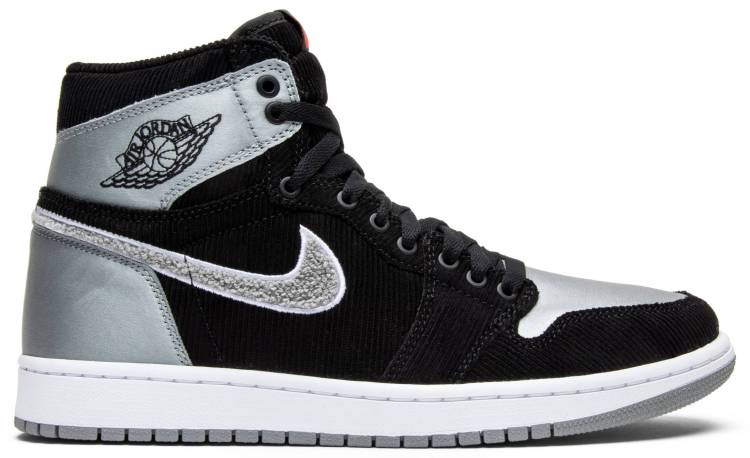 Aleali May and Jordan are still going strong in their partnership, as the two are set to release a new Jordan 14 called Low Fortune in August. Like their counterparts, there are loads of shoes to choose from if you are looking to add something from their collaboration to your sneaker closet, but our favorite by far is the Aleali May x Air Jordan 1 Retro High “Satin Shadow.” The retro aesthetic combined with the satin black and grey upper made these an instant classic, and one of the most prominent in their collection. 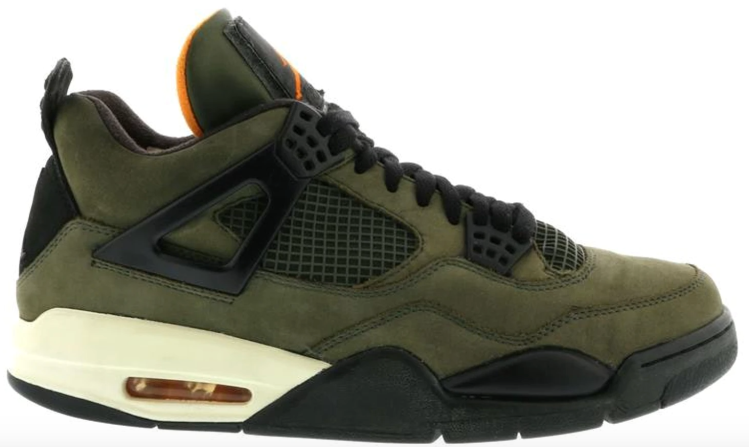 Where do we start? From high tops to low tops and everything in between, we’ve seen some legendary drops come from these two linking up, and our selection for the Undefeated x Air Jordan collaboration is none other than their very first drop. Nothing is more sentimental than the very first release of a collection, and the UNDFTD x Air Jordan 4s from 2005 will always have a special place in sneaker history. It’s hard to believe it’s been over fifteen years since these two joined forces, and these sneakers represent a simpler time in 2000s culture. 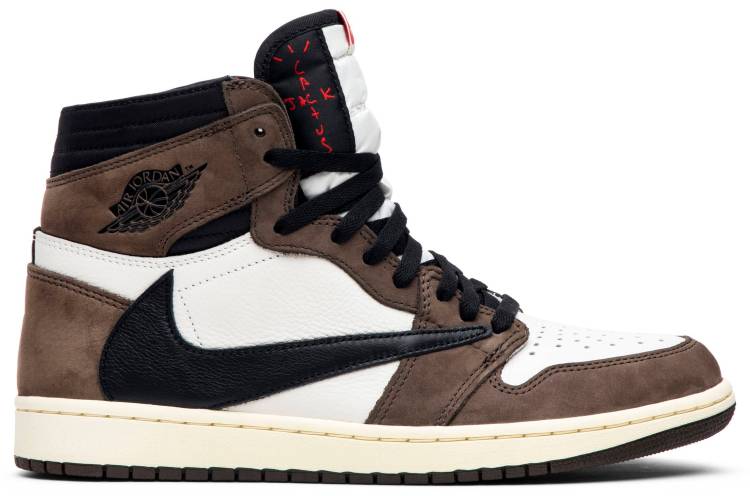 You had to know this was coming. Travis Scott remains one of the most popular celebrities in the world, and his drops with Jordan have gone similar to some of his other deals (I.E. McDonalds). Again there is no right answer when it comes to which release is the “best.” Some prefer his “British Khaki” iterations, while others will tell you the “Retro Mocha” Jordan 1s are their favorites. Our selection for this article are the AJ1s, but we definitely appreciate the “British Khaki’s” as well. 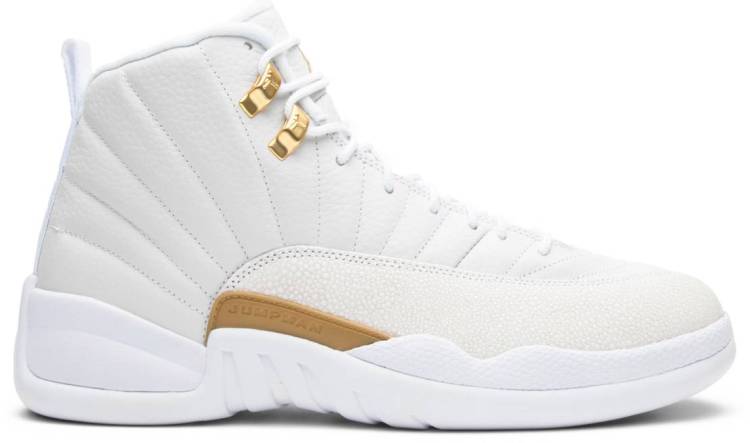 Since we’re on the topic of Air Jordan collaborations with legendary musicians, let’s take a look at some of the OVO and Air Jordan releases. OVO has a couple of trainers with the Jordan brand, but in our opinion, none are more groundbreaking than the OVO x Air Jordan 12 “Retro White” sneakers that were released in 2016. Described as being “luxurious", the shoe featured a white leather upper with gold accents. Unfortunately we haven’t been able to get a pair yet, but fingers crossed that we can soon. 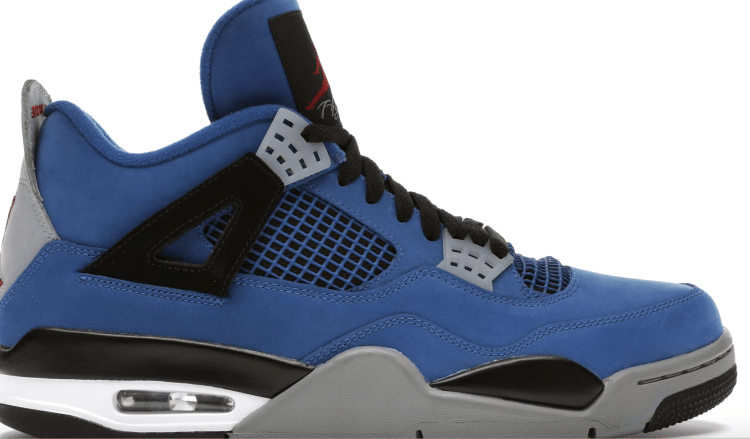 Let’s keep the hip-hop partnerships going shall we? This collection is a major blast from the past, and quite possibly an introduction for those who may not have been aware that Eminem and the Jordan brand have come together on a few occasions. The “Encore” Jordan 4s were named after the rapper's 2004 album of the same name (which is regarded as one of the best rap albums of all time), and pulled from the blue and black stage featured on the album cover. As you can imagine, these sneakers are very expensive (the starting price on StockX is $24,133), but a testament to how powerful these shoes still are. 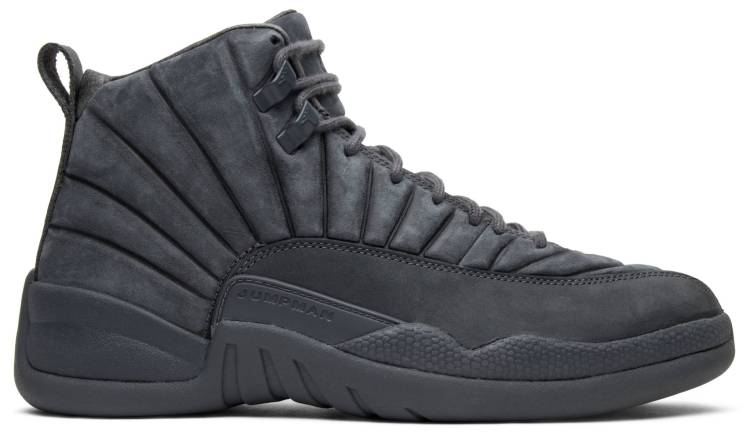 Remember these from 2015? Released as a part of an apparel collection, the PSNY x Air Jordan “Dark Grey” 12s were the pair that started it all as the brand went on to release three more colorways with the Jordan brand two years later. This shoe was the definition of simplicity with its all-grey design, but make no mistake, these were and still are cold. The leather-aligned insoles were an added bonus, making this one of the most memorable Jordan collaborations of the 2010s. 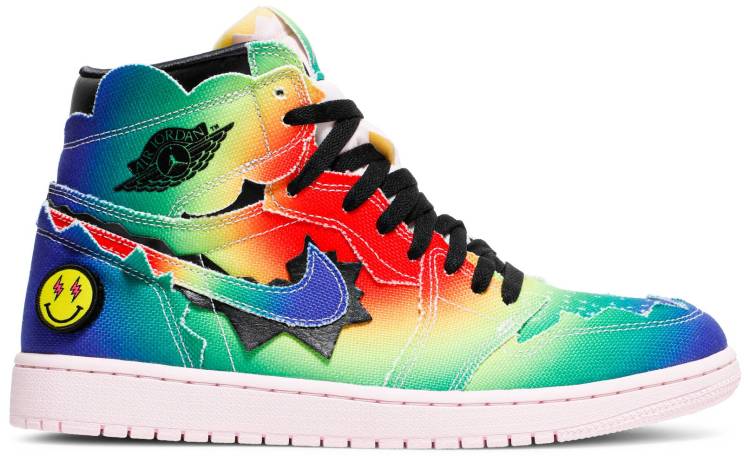 J. Balvin’s work with Jordan may not make an all-time list if we take it all the way back to when Jordan first started doing collabs with other brands, but it can definitely make a newer/younger list. Dubbed “Colores Y Vibras,” this Reggaeton colorway pays tribute to J. Balvin’s Colombian heritage with its color scheme and J. Balvin’s signature smiley face. These were only released less than a year ago (December 2020), but the reviews were positive which means we could be seeing a lot more from the artist in the future. 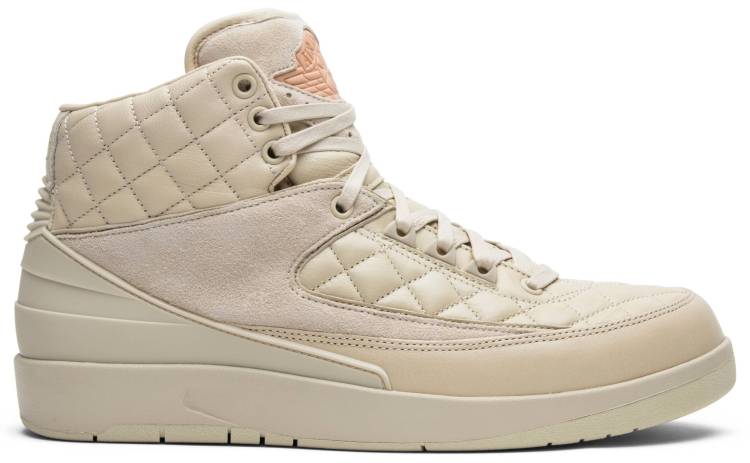 It seems like we keep making our way back to 2015 for some reason. 2015 to 2016 was definitely a great time period in sneaker culture, and Don C’s collaboration with Air Jordan is yet another indicator of that. Don C teamed with the Jordan Brand to release two iterations of premium leather quilted Jordan 2. You could go with the Taupe colorway if you wanted something more on the neutral side, or you could rock with the royal blue colorway if you were in the mood for something more colorful. These shoes are still in demand, and can now be found on the secondary market. 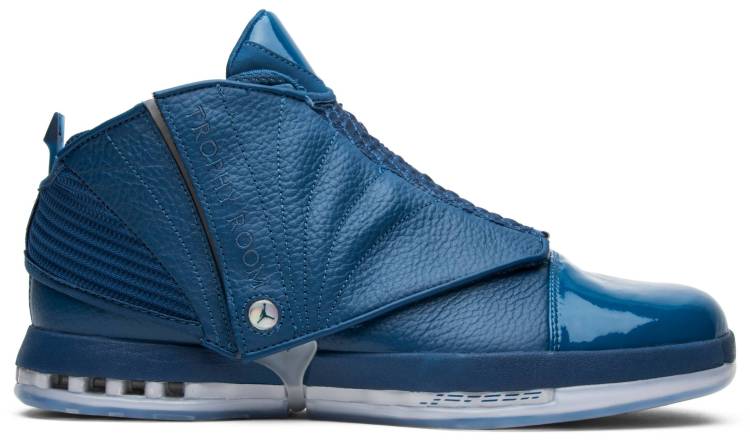 Don’t roll your eyes! We know some of you are still a bit salty from the February AJ1 Chicago drop (and rightfully so), but that doesn’t negate the fact that Trophy Room and the Jordan brand have produced some masterpieces (and the Chicago 1s would have been included if the rollout and subsequent drop wasn’t so chaotic and impossible).

We won’t include those on this list, but the “French Blue” Jordan 16s are an honorable mention for our selection. The others are great too, but this is such a unique sneaker with its luxury leather shroud and French Blue upper. Hopefully Trophy Room can rectify the situation with the Chicago 1s and re-release the shoe in a better way to give those of us who really wanted a chance at snagging them a fair shot. 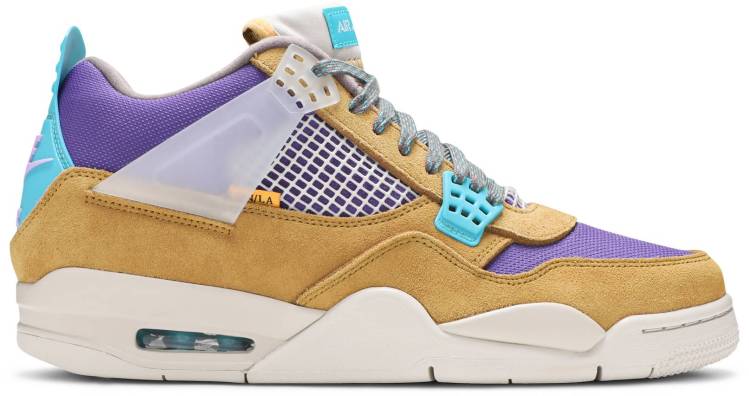 Union and Air Jordan are frequent collaborators, and you could pick your poison when it comes to which shoe to purchase, but we’ll put something more recent on your radar. Union and Air Jordan put out two different iterations of the 4s for their latest drop—the “Desert Moss” sneakers and the “Taupe Haze.” While not the most dynamic in the partnership, these are still pretty dope if you ask us. We’re sure there will probably be another Union x Jordan drop in the coming months, and we are definitely looking forward to it.