We spoke to the team at GOAT about the best kicks to sport on the blacktop. 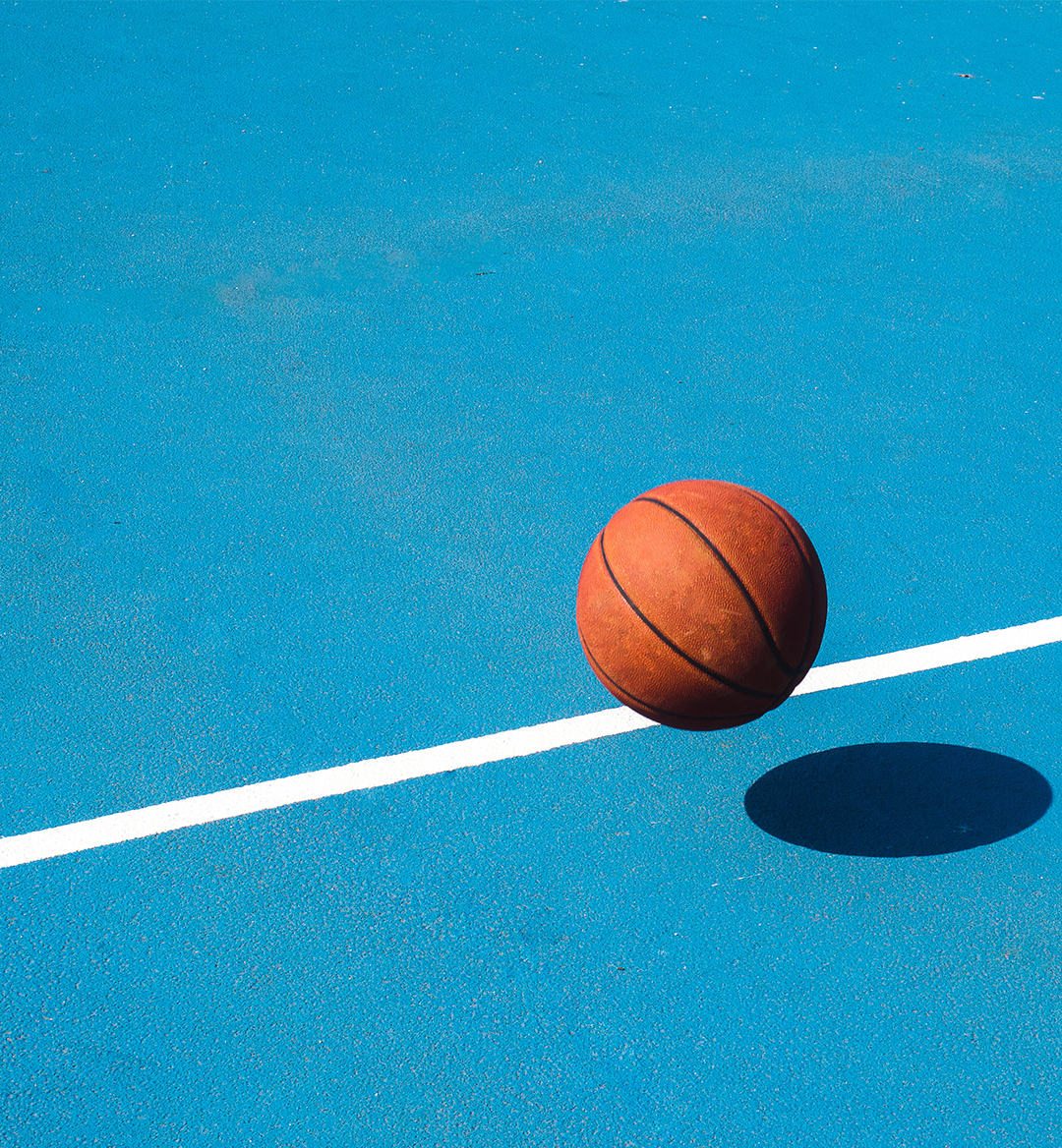 The basketball sneaker has long been arguably the most ubiquitous component of the sneakerhead's collection. Representing a combination of style and pragmatism, the shoes donned on the court allow players to express their individuality without sacrificing supreme performance. From the Jordan to the Kobe, players’ signature shoes have taken on a life of their own off the court.

The Lebron 18 and the Jordan 34 dropped this year, just to name a few of the signature kicks to come out of 2020. With a multitude of color-ways launched around All Star week, there are truly so many options—from flashy to minimalist—to choose from. It’s a huge year for Lebrons as the King finalized his revival of the Lakers franchise with his dominant performance in the NBA Finals. Players showed off a slew of sneakers this year; Lebron wore his 17s and 18s frequently throughout the season, and finally broke out the 18s during the Finals. It was also a huge year for the Kobe 5s (seen on the likes of PJ Tucker, KCP, AD and more) and the Kyrie 5, which have both become mainstays of a lot of players’ rotations.

With so many kicks to choose from, we wanted to narrow it down to some of the best options for playing on the blacktop. We connected with the team at GOAT to compile a list of the best basketball shoes for playing outdoors, from eye-catching to understated. Check out all fifteen below. 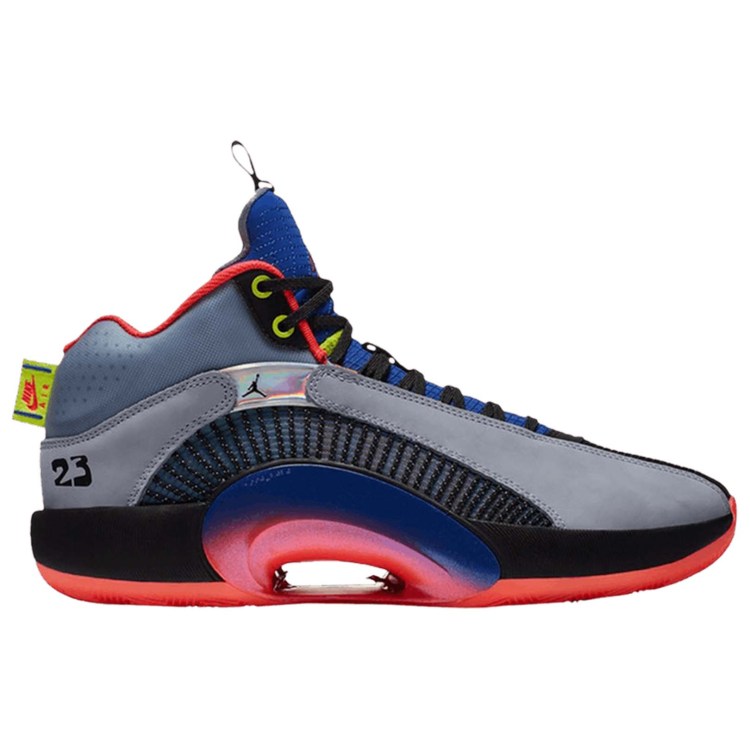 The Air Jordan 35, which debuted this year, is a welcome addition to the Air Jordan series. The ‘Center of Gravity’ color-way features a suede gray highlighted by pops of navy blue and vibrant pink hues. From a performance perspective, it includes a stabilizing Eclipse Plate 2.0, which extends up the midsole for lateral structure and support. The Zoom Air cushioning under the heel improves the sneaker’s overall comfortability, while the extra-durable rubber outsole makes this pair of kicks a great choice for outdoor play. 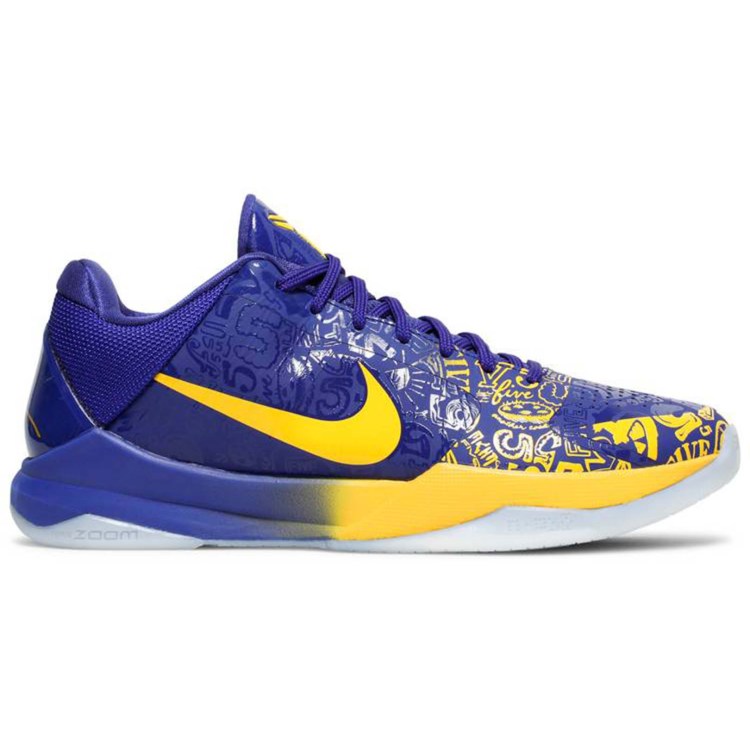 The Kobe 5 is certainly having a resurgence, as many players on both championship teams in the bubble donned the iconic model. The 5 originally released in 2010, and the Protro ‘5 Rings’ model revives a celebratory color-way from the legendary Laker’s fifth championship with the LA team. The model features only two colors, concord and midwest gold, and numerous doodle-like graphics across the upper. The midsole incorporates Zoom Air cushioning, making it an exceptionally comfortable and high-performance sneaker for outdoor or indoor courts. 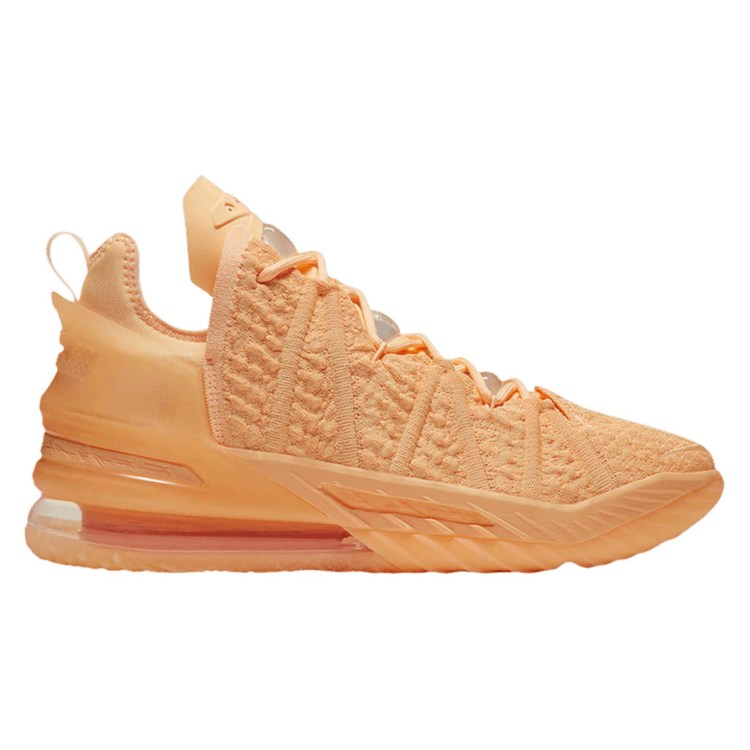 The Lebron 18, which released this year, is already on its way to becoming a staple of sneaker history. The ‘Sisterhood’ colorway, which was announced following the King’s final revival of the Lakers franchise, is loud in the best way possible. The shoe is comprised entirely of a gorgeous Melon Tint color, with the exception of a few translucent bubbles down the throat. These were the sneakers Lebron was wearing in Game 6 of the finals, when they put the final nail in the coffin of the Miami Heat to give the LA Lakers their 17th NBA Championship. Although they might be best-suited for indoor play, they’re durable enough to take a beating on an outdoor court as well. 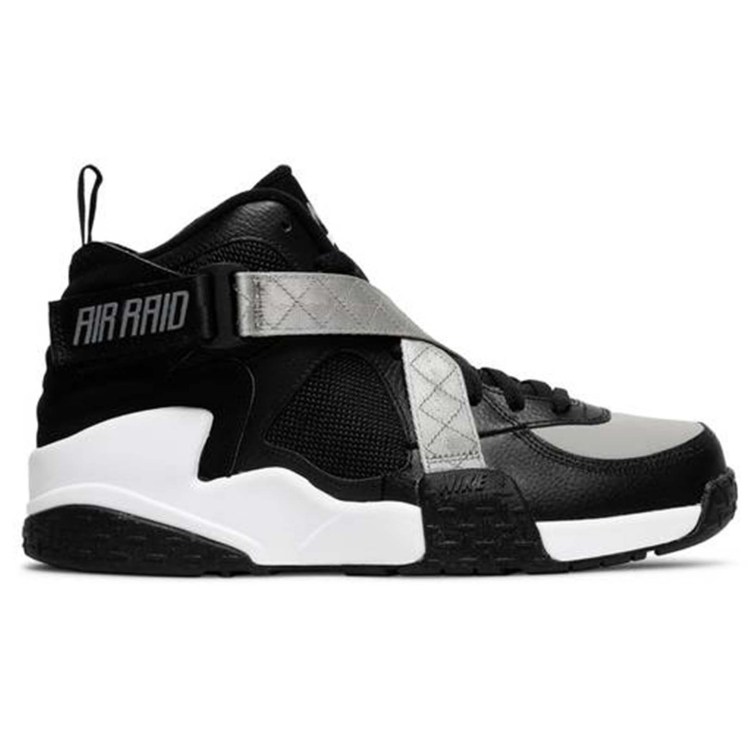 These kicks were designed specifically for outdoor wear. The 2020 reissue is a revival of Tinker Hatfield’s 1992 iteration, featuring the now iconic cross-strap design. The black and white color-way is minimal, but the “Air Raid” embossed on the strap lets sneakerheads know exactly what these kicks are. The outsole utilizes extra-durable rubber, making these rugged sneakers a truly perfect fit for your needs on the blacktop. 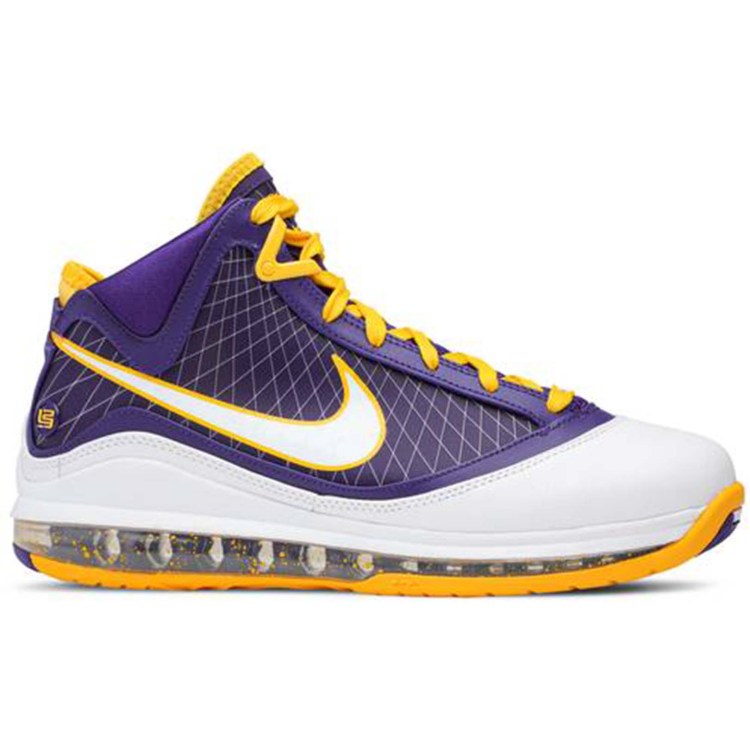 Many diehard Lebron fans consider the 7 to be the most iconic model of his line. And this iteration, which was debuted during Media Day 2019, features an asymmetrical color palette between the two sneakers, all highlighted by the signature Lakers’ colors. One sneaker is primarily purple with pops of yellow, while the other is the inverse. The kicks feature Nike’s signature Flywire cabling, making them simultaneously lightweight and supportive. Although Lebron wears these indoors, they’re definitely durable enough to take to the blacktop as well. 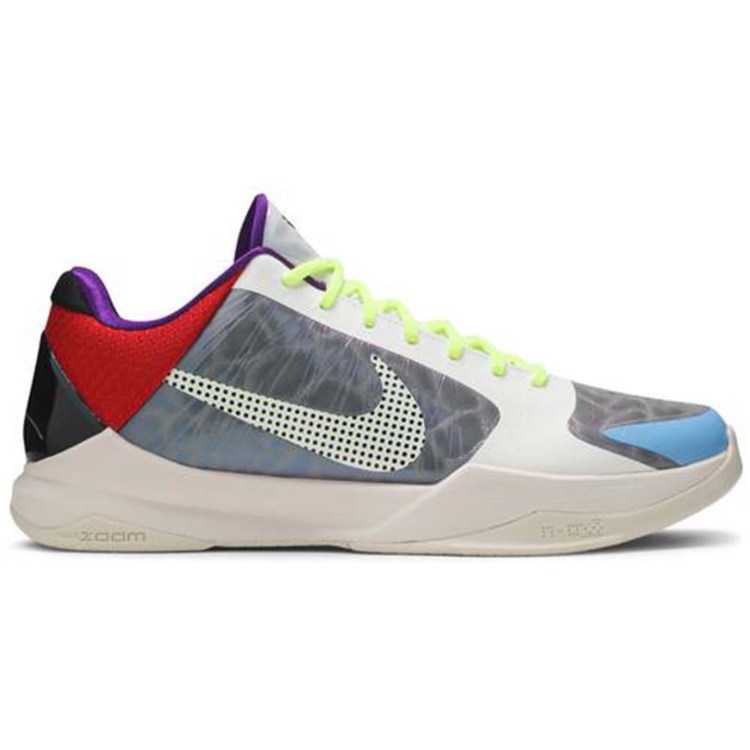 Another Kobe 5 Protro to make our list, the ‘P.J. Tucker’ iteration, is just so easy on the eyes.  The color-way, which was designed specifically for the Houston Rocket and notorious sneakerhead, features tonal animal prints across the upper (you have to look closely, or you might just miss it), giving the sneakers an overall minimal aesthetic, with a lot to unpack if you look closely. These low tops also feature Flywire tech, making them both lightweight and supportive. We love the flashes of red and purple on the heel, which contribute to these kicks' standout style. 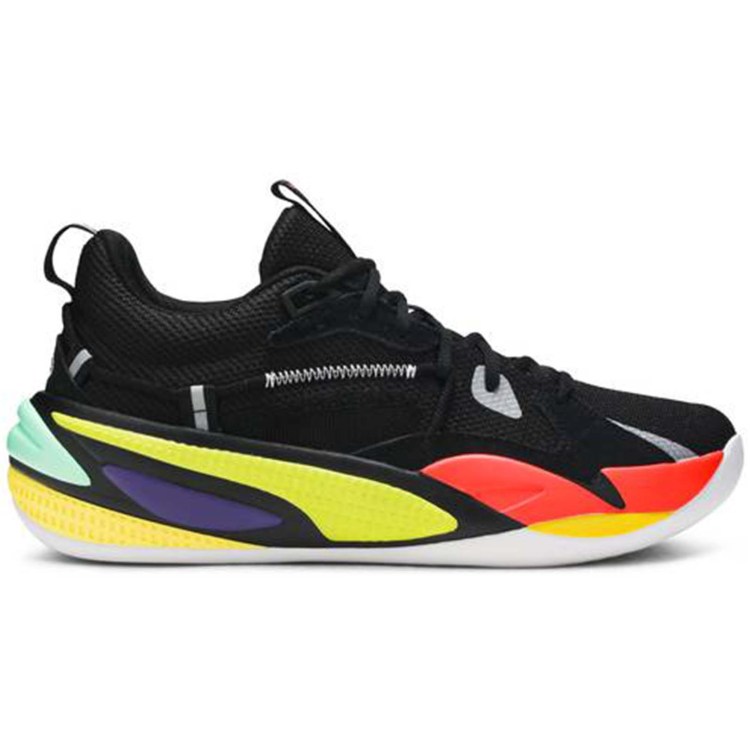 Part of what makes the Puma RS-Dreamer such a great sneaker is its versatility. The ProFoam midsole, which utilizes technology from Puma’s running line, makes it a great performance basketball shoe. Simultaneously, the color-way (the debut for this silhouette) gives the sneakers a pop to let them stand out both on and off the court. The heel of the kicks features J. Cole’s “Dreamer” branding, and the black knit upper ties the pair together. These are a great option for those who want something that will feel great on the court, but can be worn casually as well. 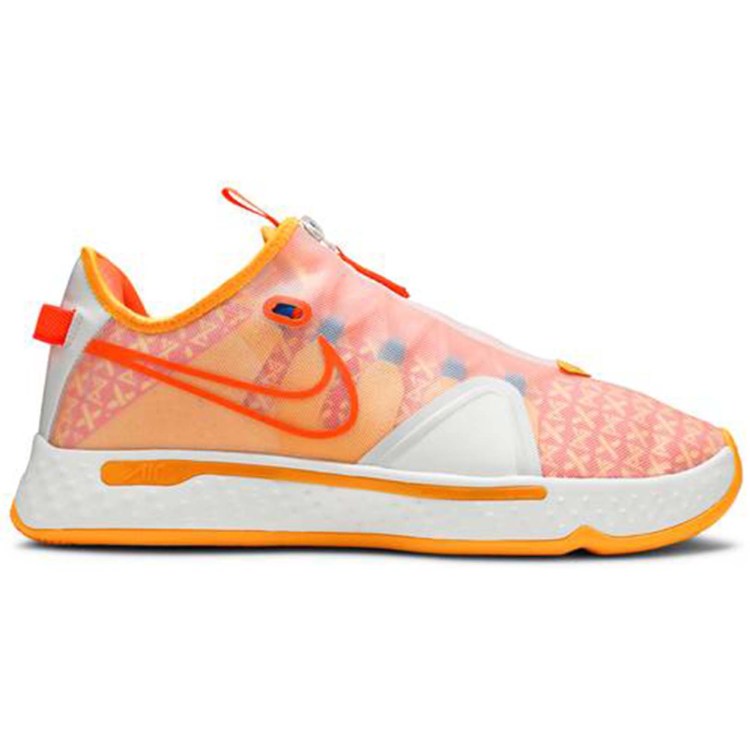 The PG 4 is an undeniably fly silhouette. The low top profile and the thick sole give them a feel almost akin to the Air Force low. These kicks launched as part of a collaboration with Gatorade; I dare you to take one look at the vivid ‘Citrus Orange’ color-way and not get thirsty for a sports drink. The sneaker sits atop an Air Strobel, a lightweight foot bed comprised of a full-length Nike Air unit. According to Nike, the footbed “caters to George’s fluid offensive game as he engages the full surface area of the foot, whether he’s timing a crossover or needs to make an irregularly-paced burst.” These shoes are a great choice for indoor or outdoor play, and their vivid color will surely make you stand out on the court. 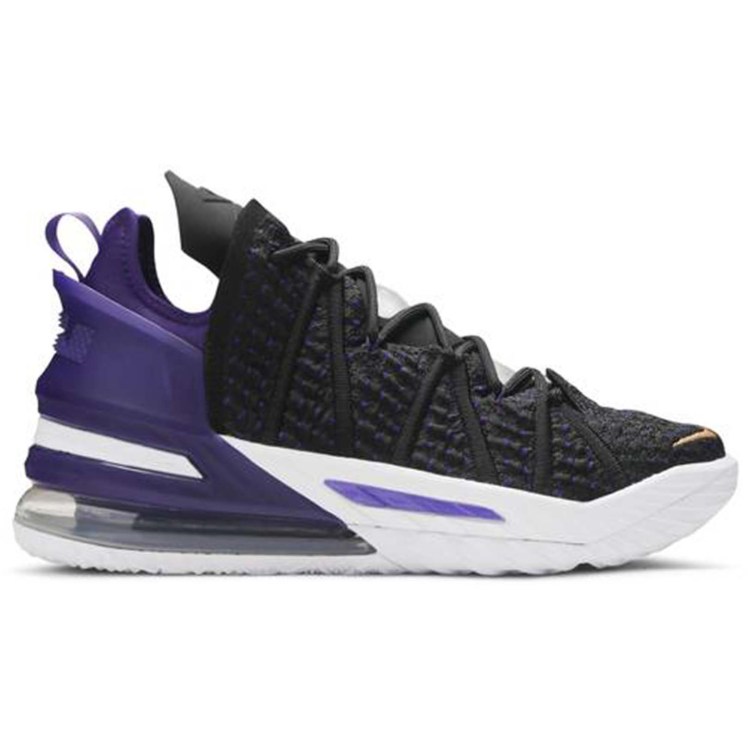 The ‘Lakers’ addition of Lebron’s latest silhouette is an understated entry to his line. Primarily comprised of black KnitPosite (speckled with purple), these kicks scream performance. The purple heel and metallic gold swooshes (on the forefoot and medial heel) pay homage to Lebron’s Champion Lakers team. The midsole house includes a full-length Zoom Air unit, while the back half of the sole features the Max Air unit. These definitely aren’t the flashiest kicks on the court, but upon close inspection, their design is immaculate. 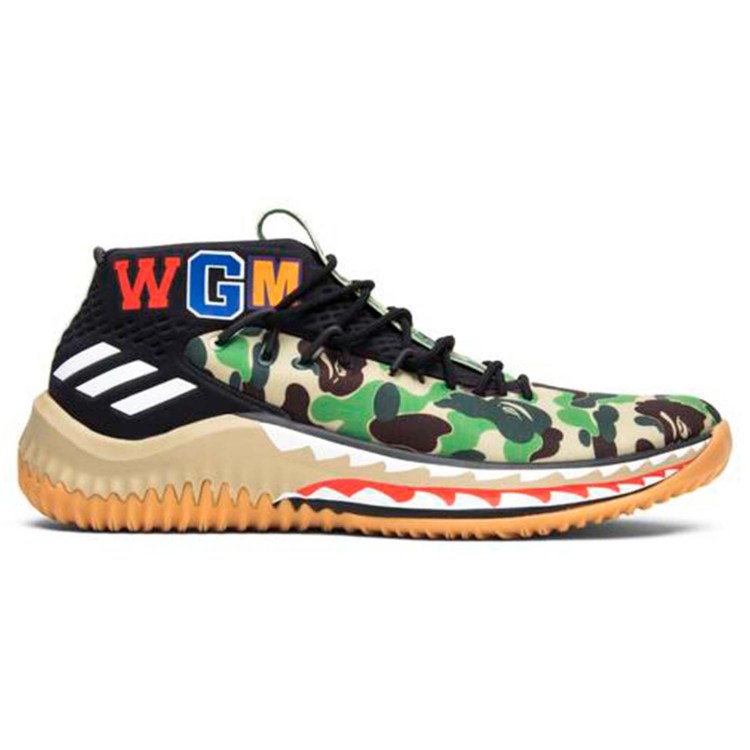 If you ask me, these are the freshest kicks on this list. These sneakers were a collaboration between legendary Japanese streetwear brand A Bathing Ape and adidas for All Star Weekend 2018. In one pair of shoes, they managed to include all of Bape’s signatures, from the camo to their iconic sharktooth design. And the full length BOUNCE midsole will have you above the rim in no time. Wear these on the court to ball or off the court to flex, the choice is yours. 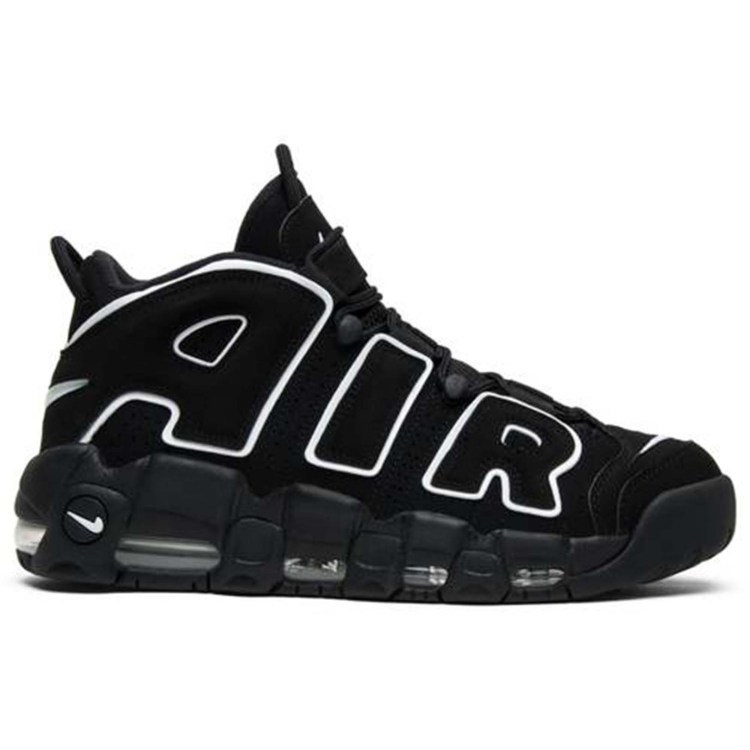 If you’re a Bulls fan, then odds are you know the Uptempos. They became famous on the feet of Scottie Pippen during the Bulls legendary 1995-1996 run, but they’ve since been cemented as an absolutely iconic staple of vintage sneaker culture. The black and white color-way is muted, while the emboldened “AIR” branding gives them some real flash. The black rubber outsole makes them a great pair of kicks for the blacktop, and the black suede will keep them from looking too beat up outdoors. 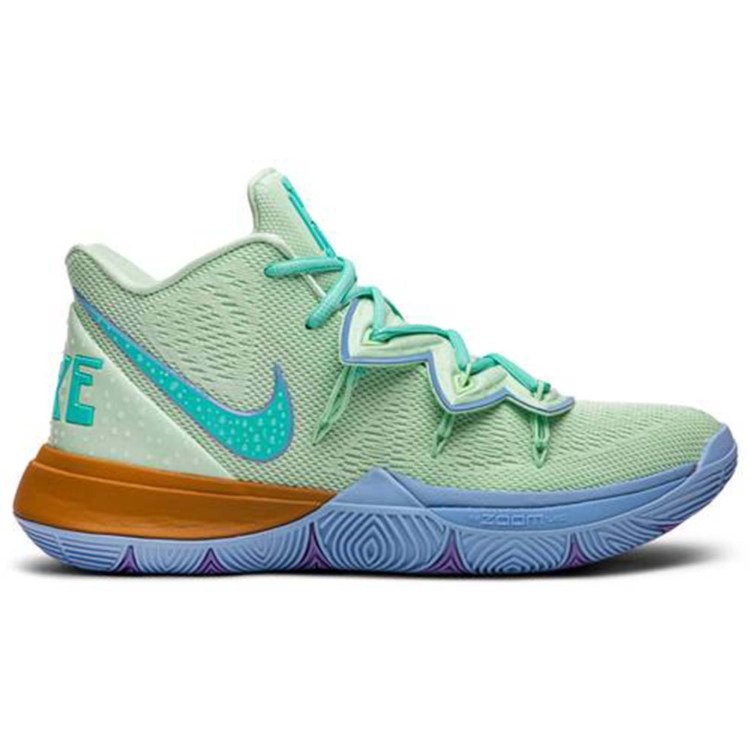 The Kyrie 5 has become a ubiquitous model on NBA courts in the past few seasons. The ‘Squidward’ color-way, which launched last year as a collab between Nickelodeon and Nike, utilizes a ‘Frosted Spruce’ color across the upper, with a Spongebob-ified Nike logo on the heel. These are such a goofy iteration of a beloved silhouette, and they’re fairly inexpensive, making them a good choice for players or fans of the cult cartoon alike. 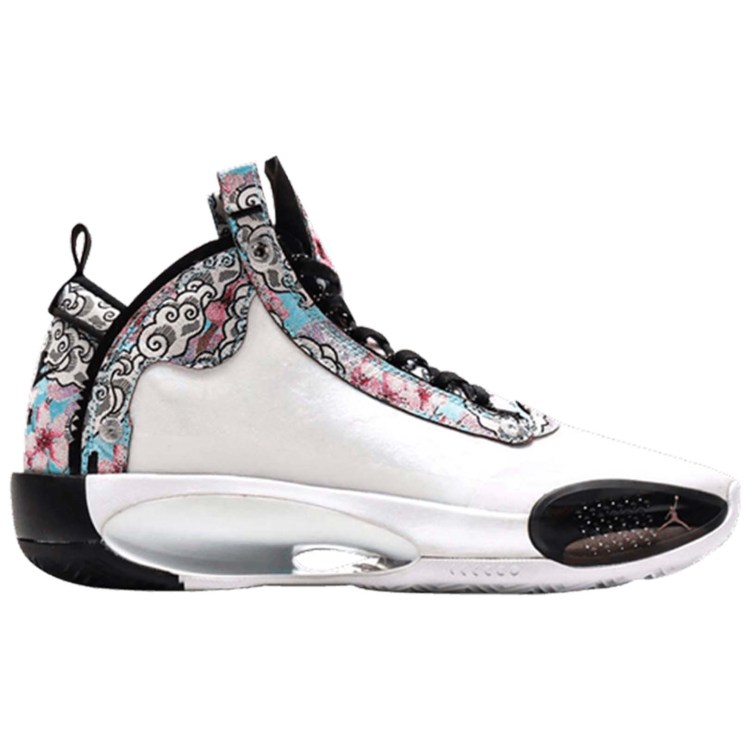 Rui Hachimura’s color-way represents a take on the Japanese-born Wizard’s split cultural roots. One sneaker features a print inspired by the West African nation of Benin, while the other sneaker acts as an homage to Hachimura’s Japanese ancestry; the right shoe features a cherry blossom graphics on a textile upper made to resemble washi, a traditional Japanese paper. The ‘Heritage’ is an extremely sick sneaker, demonstrating how players’ unique identities can inform their style on and off the court. 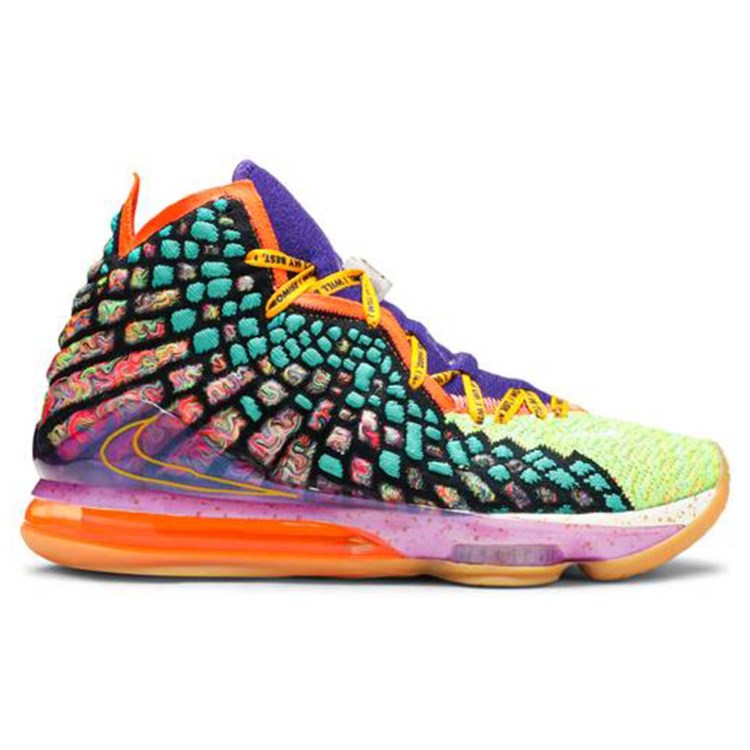 If you’re looking for an understated basketball shoe, then you better scroll on. But if you’re looking for something eye-catching and simultaneously geared to perform, then the Lebron 17 ‘What The’ might just be the pair of kicks for you. Each individual sneaker has a totally different multi-colored Knitposite upper, including flashes of vibrant pink, turquoise and purple. If you wear these on the blacktop, you better be ready to bring your A-game, because all eyes will be on you. 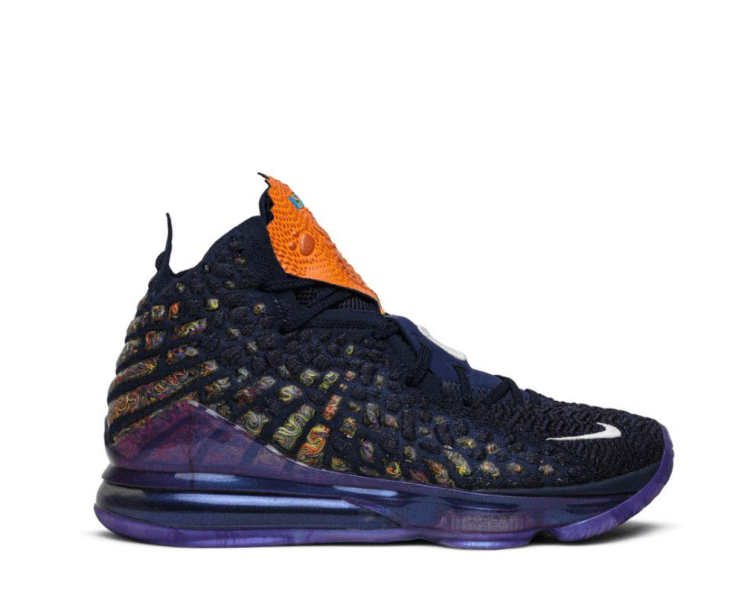 The long awaited Space Jam sequel can’t come soon enough. This color-way of the Lebron 17 debuted during All Star week 2020 as a nod to the antagonists of both the 90s classic (featuring MJ) and the forthcoming follow-up. This iteration of the signature 17 features a navy and orange color scheme—the color palette of the Monstars’ uniforms—on the Knitposite upper. Although the movie hasn’t dropped just yet (it’s coming July of 2021), get a taste of the thrill by copping these in the meantime.