An Intro to Gorpcore

Exploring the outdoor-influenced style that's taking over the street 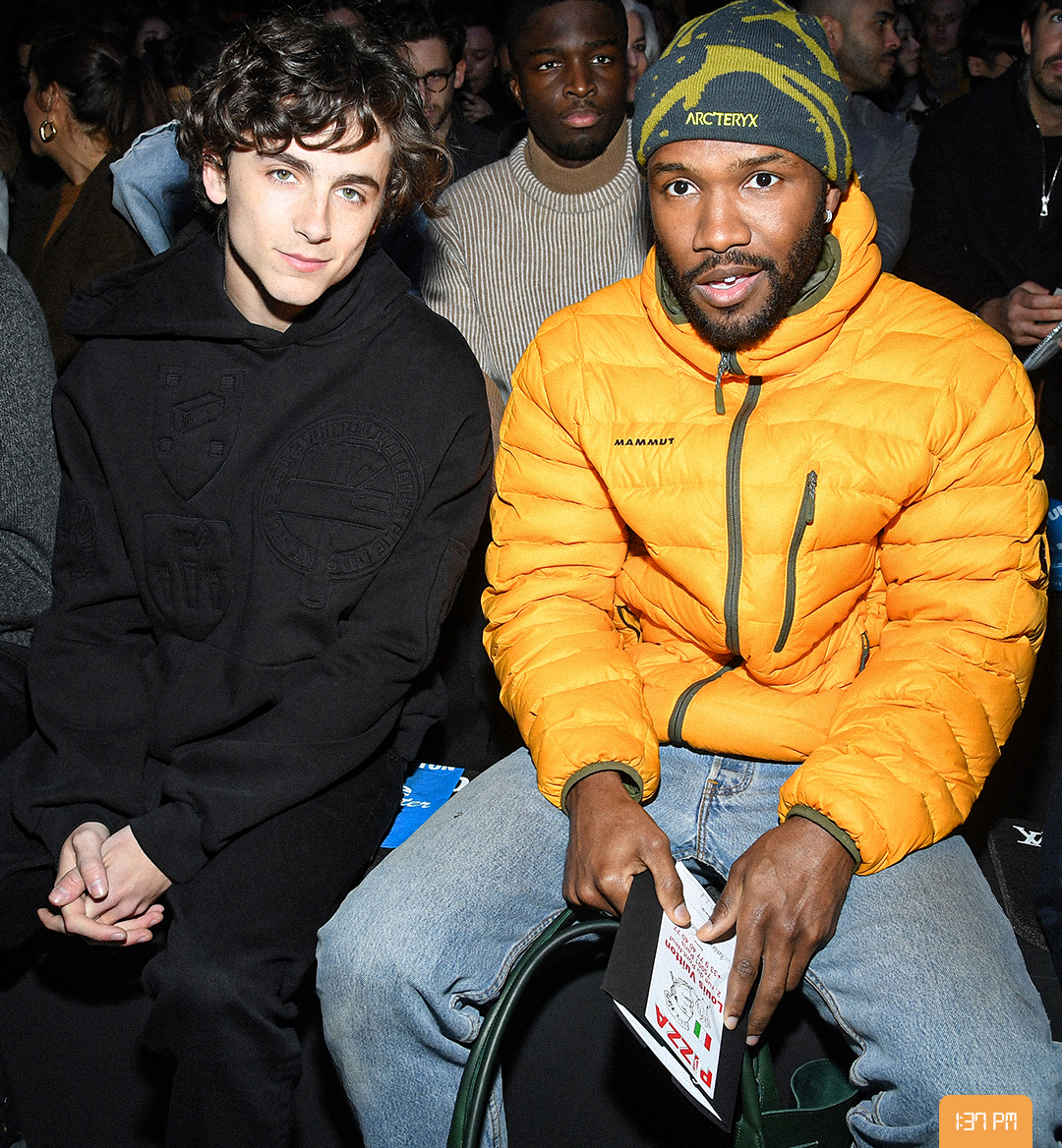 Once a vague, esoteric term, gorpcore has grown in popularity both as a descriptor and a style into a catchall term for a look we all know, but don’t quite have a name for. Think of those Hydroflask toting bros who probably love their Arc’teryx shell a little too much, and might love the outdoors—or just want to look like it.

The History of Gorpcore:

First conceived by The Cut in 2017, the term gets its name from the abbreviated version of “Good Ol’ Raisins and Peanuts”, a term commonly used to describe trail mix in the United States. Stylistically, gorpcore focuses on function and comfort, drawing heavily from the hiking and mountaineering canon as the name would imply. Commonplace items include Gore-tex shell jackets, cargo pants, trail running shoes, and hiking boots.

The fashion style has always had a devoted fan base since its inception, however it became much more popular in the midst of the COVID-19 outbreak. Outdoor activity saw a significant increase during the pandemic, possibly as a means of stress relief during such trying times. Naturally, the fashion industry responded and the pandemic saw high fashion brands drawing heavily from the outdoor lexicon for their winter collections. Winter runway shows featured puffer jackets, technical training shoes, and hiking boots galore beginning in 2020, and continue to do so today. Landmark collaborations from this era thus far include Gucci and The North Face’s joint capsule collection, as well as luxury sportswear giant Moncler’s ‘Genius’ line.

Some may draw similarities to the techwear style which saw moderate success in the early to mid 2010s (think ACRONYM, Nike ACG, Y-3), but the two have very distinct differences. Techwear revolves more around utilitarian garments catered to an urban environment, whereas gorpcore frequently features people literally wearing their hiking gear in the city. The former is also much more brooding, with heavy use of a muted, dark color palette and draped hoods, while the latter often makes use of bright colors commonly associated with outdoor clothing.

As with any trend as of late, it is not uncommon to see people mixing aspects of the gorpcore look with the rest of their wardrobe. One can frequently see someone pairing an Arc’teryx shell jacket with Carhartt double knee pants and New Balances, or mixing up jeans with a pair of Salomon trail running shoes. That’s the beauty of gorpcore though; you can go from the trail to brunch, without anyone ever batting an eye anymore.

Key brands within the space have frequently dominated first within an outdoor capacity before finding themselves on the streets. For example, The North Face’s Nuptse puffer is now so ubiquitous that it essentially owns the name of the quintessential down jacket.

The North Face has always been a prominent player within clothing, having a series of iconic collaborations with Supreme (remember The Weeknd in that map jacket) that shaped the style choices of many of us who were browsing fashion forums on the internet in the mid 2010s.

If you’ve seen or worn a fleece in the past few decades, there’s a good chance it was made by Patagonia. While the brand’s most commonplace item is their line of fleeces, they have cemented themselves as a company you can trust. The iconic indigo and orange skyline behind a black mountain range is a surefire mark of quality and values, with Patagonia producing a solid portion of their product from recycled material along with having a rigorous recycling for old garments themselves.

Well known within the skiing community, the Salomon has been a long standing producer of skis, snowboards, and bindings. Over the years, the french manufacturer has expanded their catalog to include products for all kinds of outdoor sport markets ranging from trail running to hiking and climbing. They are the creators of the now iconic XT-6 model, which was named GQ’s sneaker of the year in 2019. Since then, though, the XT-6 has skyrocketed in popularity and has been seen gracing the feet of celebrities, fashionistas around the globe, and probably some of your friends.

Arc’teryx in particular has seen a meteoric rise to superstardom within the fashion industry, with musicians such as Travis Scott, Frank Ocean, and Lil Yachty being seen rocking the brand. They have released new lines focused more on aspects other than performance, such as Veilance and System_A. Arc’teryx is also no stranger to collaboration, having worked with the skate brand Palace and releasing a collaboration with Jil Sander in the near future. Along with this surge in popularity, there has also been no shortage of memes surrounding the brand and its culture. By nature, Arc’teryx shell jackets are intended for use in a mountaineering context. However, due to a variety of factors such as price, logo, and hype, the jackets have become somewhat of a “flex” piece. Owners take advantage of any chance they can get to show off their luxury rain jackets, with the memes surrounding the gorpcore scene poking fun at this. These jokes have received a lot of attention on social media, ranging from people filming themselves in the shower wearing the jackets to layering multiples of them as a tongue-in-cheek display of wealth.

During the height of the “It’s for the better, right?” meme’s popularity, a version of it circulated featuring Anakin wearing an Arc’teryx jacket and Padme saying a twist of the titular line, “It’s for hiking, right?”

To some degree the popularity of gorpcore has eclipsed its intended purpose of function, as brands have begun to explore the realm of tech-influenced pieces that serve to please the eye rather than serve a practical function. Some of these include the workwear influences of Kiko Kostadinov and Craig Green, who bring a distinctly modern edge to garments inspired by classics of the working class, making them fit right in with the gorpcore look.

Another similar brand is Post Archive Faction, frequently abbreviated as PAF, which twists and morphs classics like technical windbreakers and puffer jackets with intricate patterns and artistic structural changes. The hiker aesthetic reigns supreme with brands like Reese Cooper and Phipps, who both seek to elevate gorpcore staples while maintaining a certain degree of utilitarianism.

Below, we have included some of the key products from the gorpcore catalog, so you too can get your fix of some outdoor goodness.

We are truly in the midst of the heyday of the puffer jacket. Once relegated to the realm of unflattering convenience, down filled quilted jackets have become a modern staple in high fashion, and it seems as though every fashion brand now has a down jacket, each with their own take. 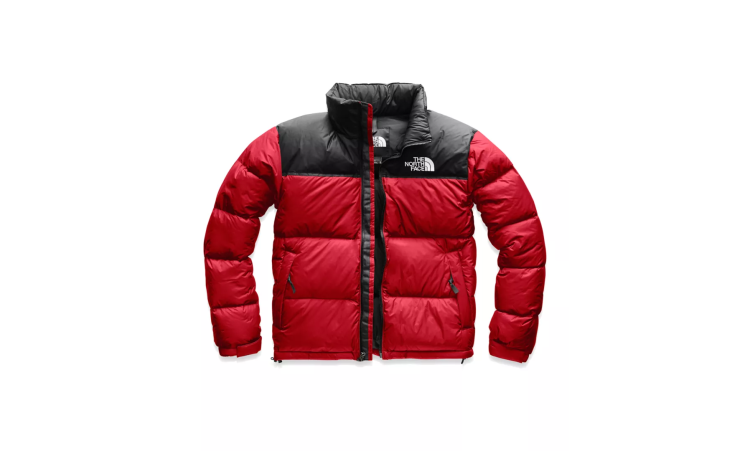 The North Face’s Nuptse jacket is easily the undisputed king of puffer jackets. First released in 1996, the Nuptse is almost archetypal in nature as it is likely the first down jacket to come to mind for anyone who has spent even five minutes looking for one. Given its quality and reasonable cost effectiveness, it is unlikely that the Nuptse will ever be dethroned from its position. 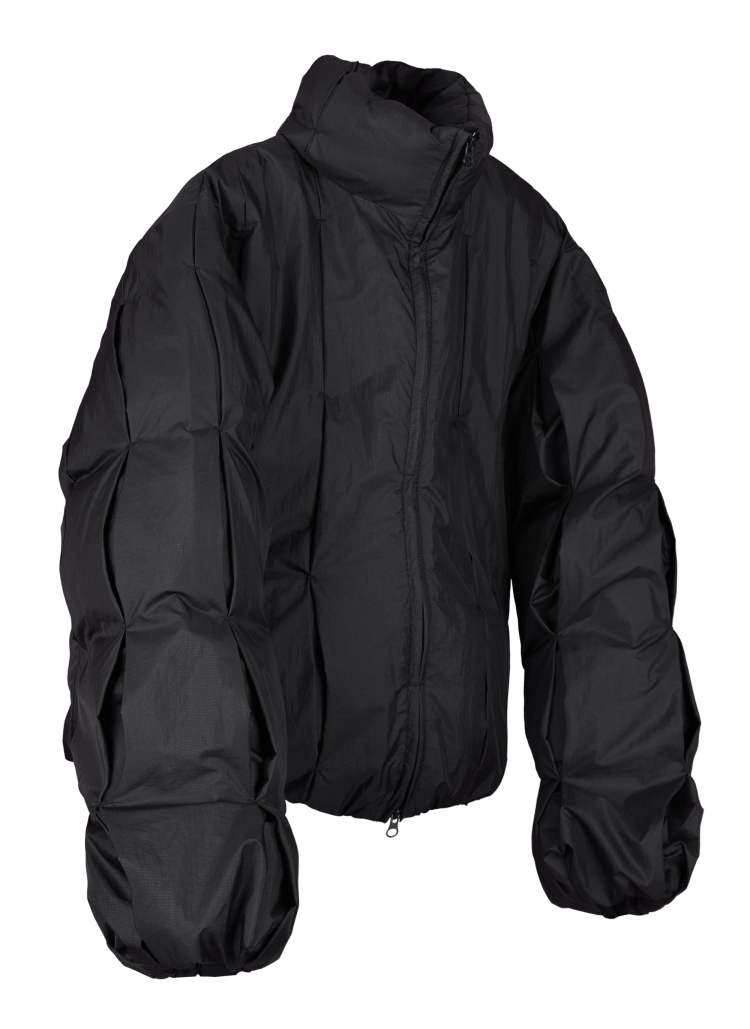 Post Archive Faction has presented a few of their own takes on the classic down jacket, with this model featuring beautiful pleats that stretch the vertical length of the piece. Hidden pockets are featured within some of the gaps between these pleats, providing a clean eye-catching look that's still functional.

Lightweight and durable, waterproof shells have become a staple of the gorpcore lexicon as they are easy to stow and throw on whenever needed. 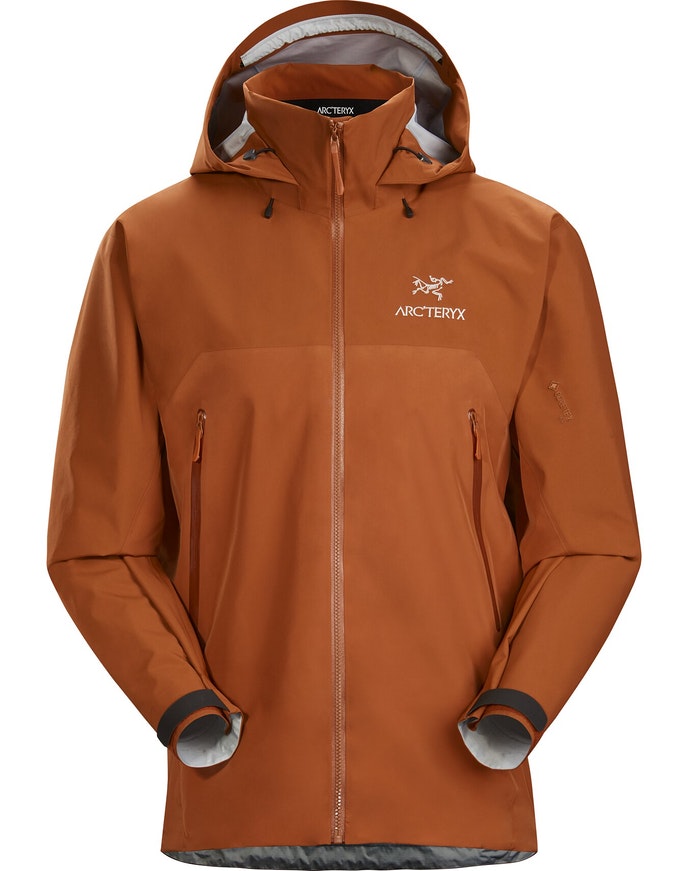 Their broad range of Gore-tex shell jackets is essentially what made Arc’teryx the brand that it is today. Although the jackets carry a hefty price tag, often around $600, they offer undeniable comfort in the midst of the harsh elements—or keep you dry on your way to the office. 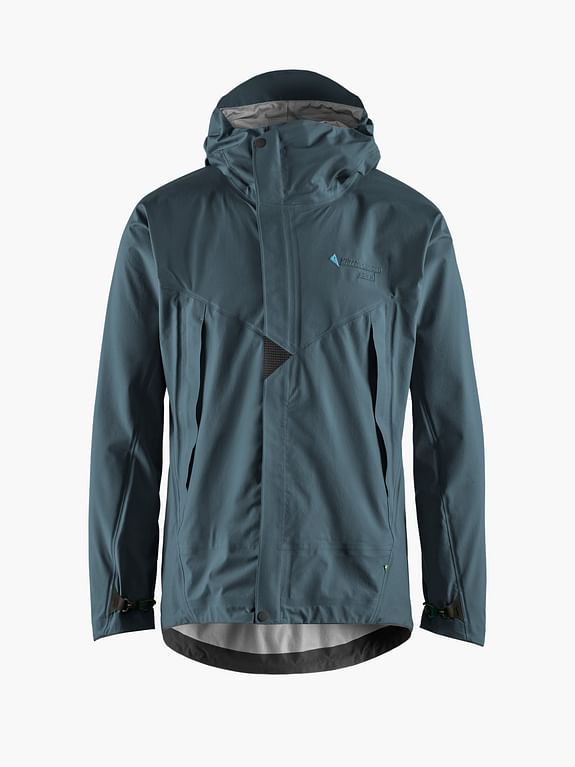 Klättermusen has quietly been making some of the best outdoor garments since 1975, having only recently grown more popular. The Scandinavian company rigorously tests all of their products in real world applications to ensure you get the biggest bang for your buck.

No list describing a style that revolves around outdoor culture would be complete without hiking boots, so we've provided a classic traditional offering and something a little more adventurous. 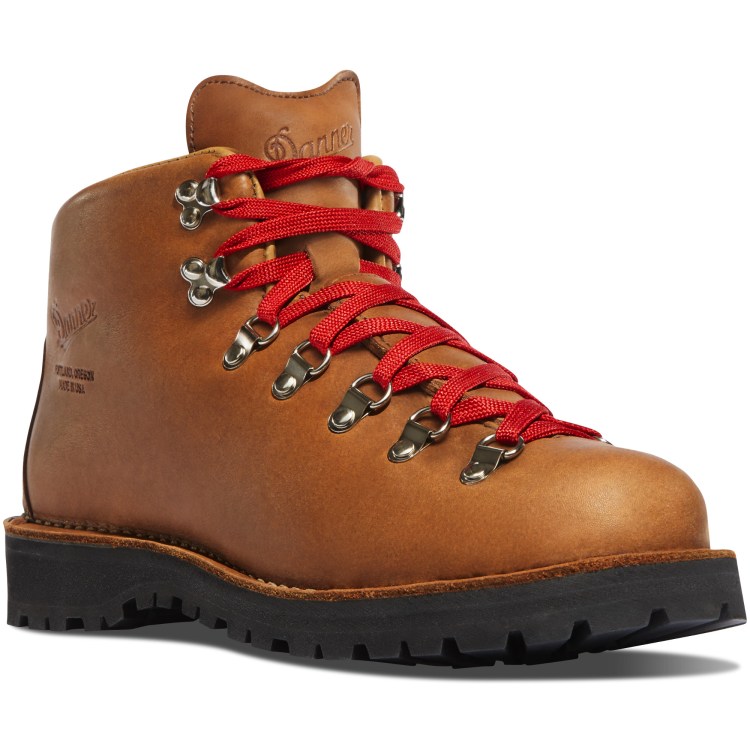 Danner has been a longtime bastion of quality and craftsmanship, with their classic Clovis boot being the epitome of a traditional hiking boot. 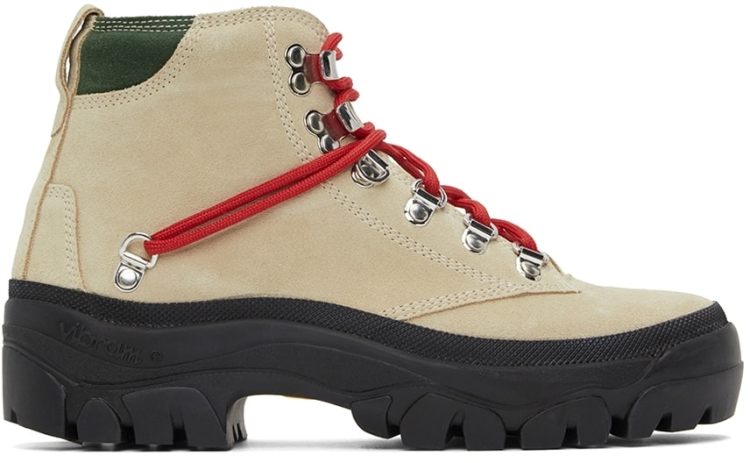 The new Wilson boot from Reese Cooper features a largely typical design with the exception of the D-rings near the heel that let the red laces visually break up the boot's paneling. A more considered design of your average lug sole boot.

Fleece as a clothing material traces its roots back to Norway in 1961, when Helly Hansen created the first fleece liner, and since then has become one of the most popular menswear items out there. Recognizable ones that come to mind are Patagonias Synchilla Quarterzip and Deep Pile Retro-X Fleece. 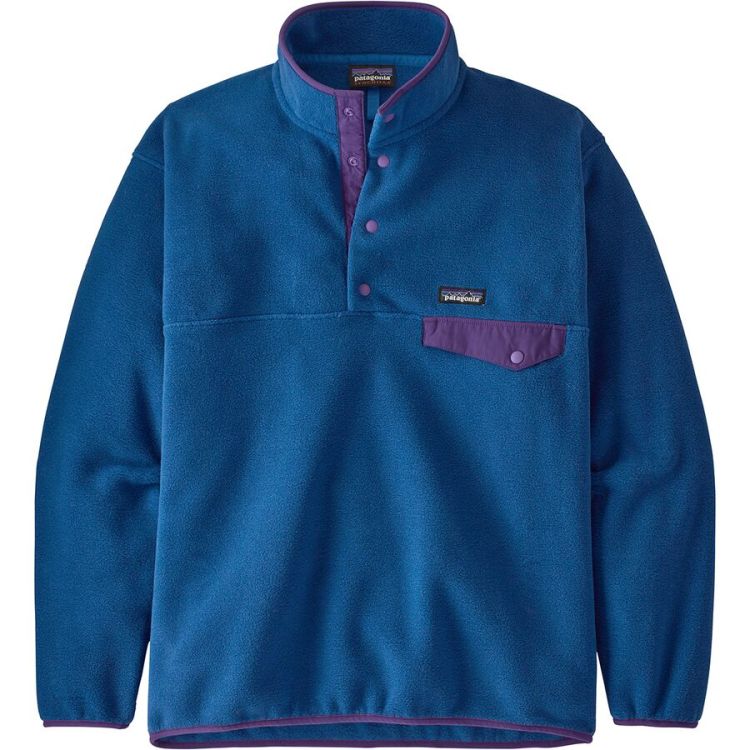 Interestingly, the Patagonia fleece has become particularly popular with finance bros and gorpcore guys alike, but the latter will be the first to tell you they wouldn’t go anywhere near Wall Street, even with a ten foot avalanche probe. 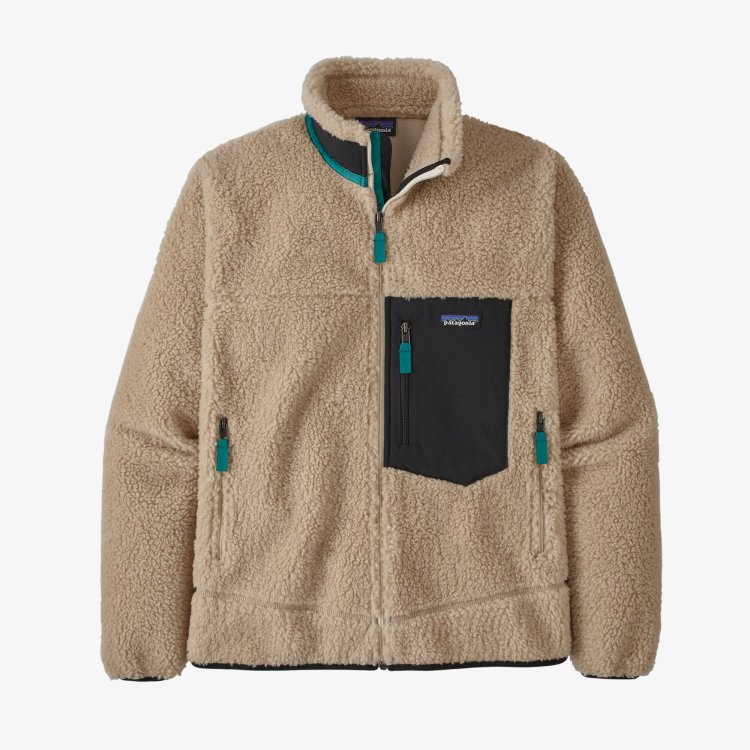 When you need something a little thicker, opt for Patagonia's other, equally popular, fleece jacket.

Probably the most commonly seen item on this list as of late, trail runners have become a staple of many wardrobes. They often offer better comfort than other sneakers, and can add an element of interest to an otherwise run of the mill outfit.

As mentioned earlier, the Salomon XT-6 has been the go-to trail running shoe for several years within the fashion community. We don't see that changing any time soon, so go pick up a pair. 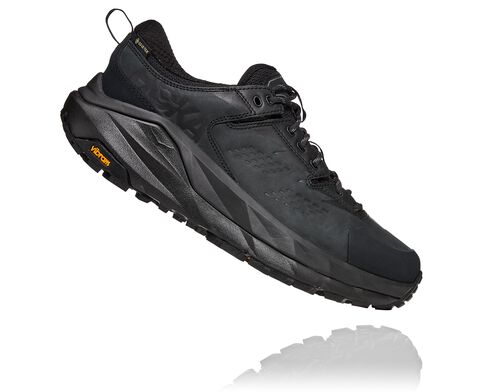 HOKA has been making waves within the running community for quite some time now with their maximalist approach to shoe design, but their recent offering featuring Gore-Tex is the perfect gorpcore shoe.

Cargo pants are well known outside of the scope of gorpcore, but maintain a strong presence within the style. I mean, where else are you going to stow your granola bars? 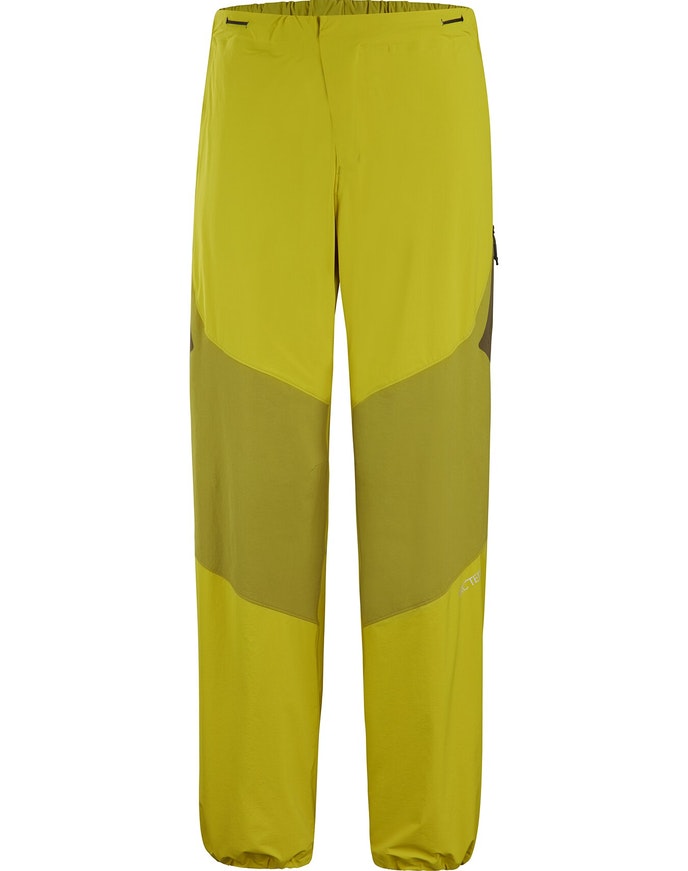 Arc'teryx has answered the call of their fans with their new System_A Paltz Cargo Pants. Featuring a wider fit than many of their other cargos, these are a perfect lightweight option for climbing or day-to-day life. 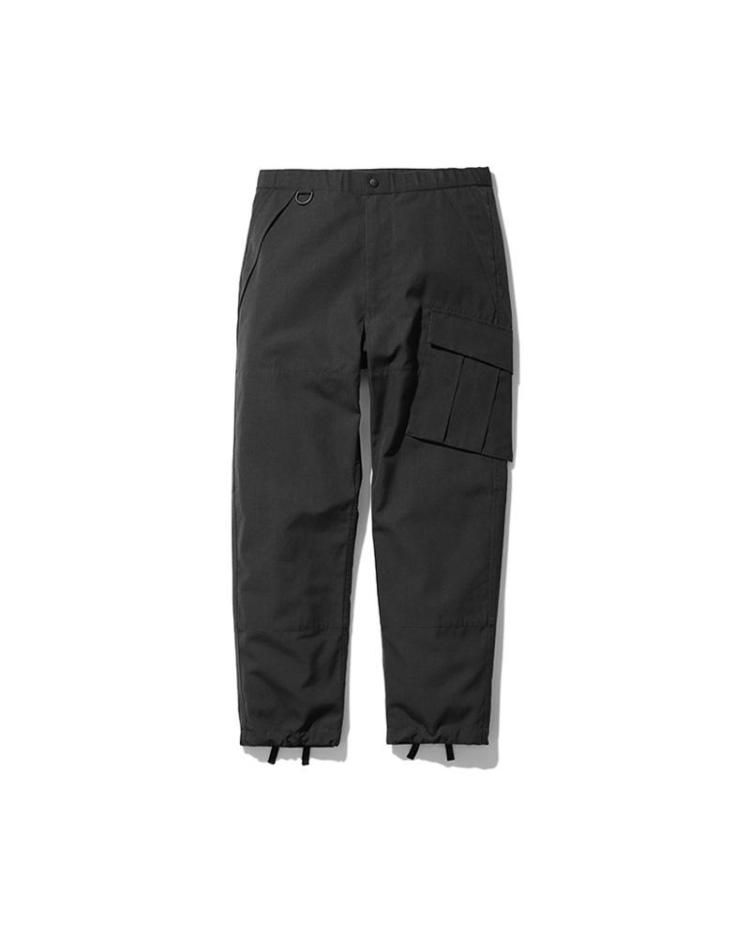 Snowpeak has brought Japanese craft to outdoor wear, and it shows. The minimalist designs they offer are all super functional while maintaining a sense of doing just enough.