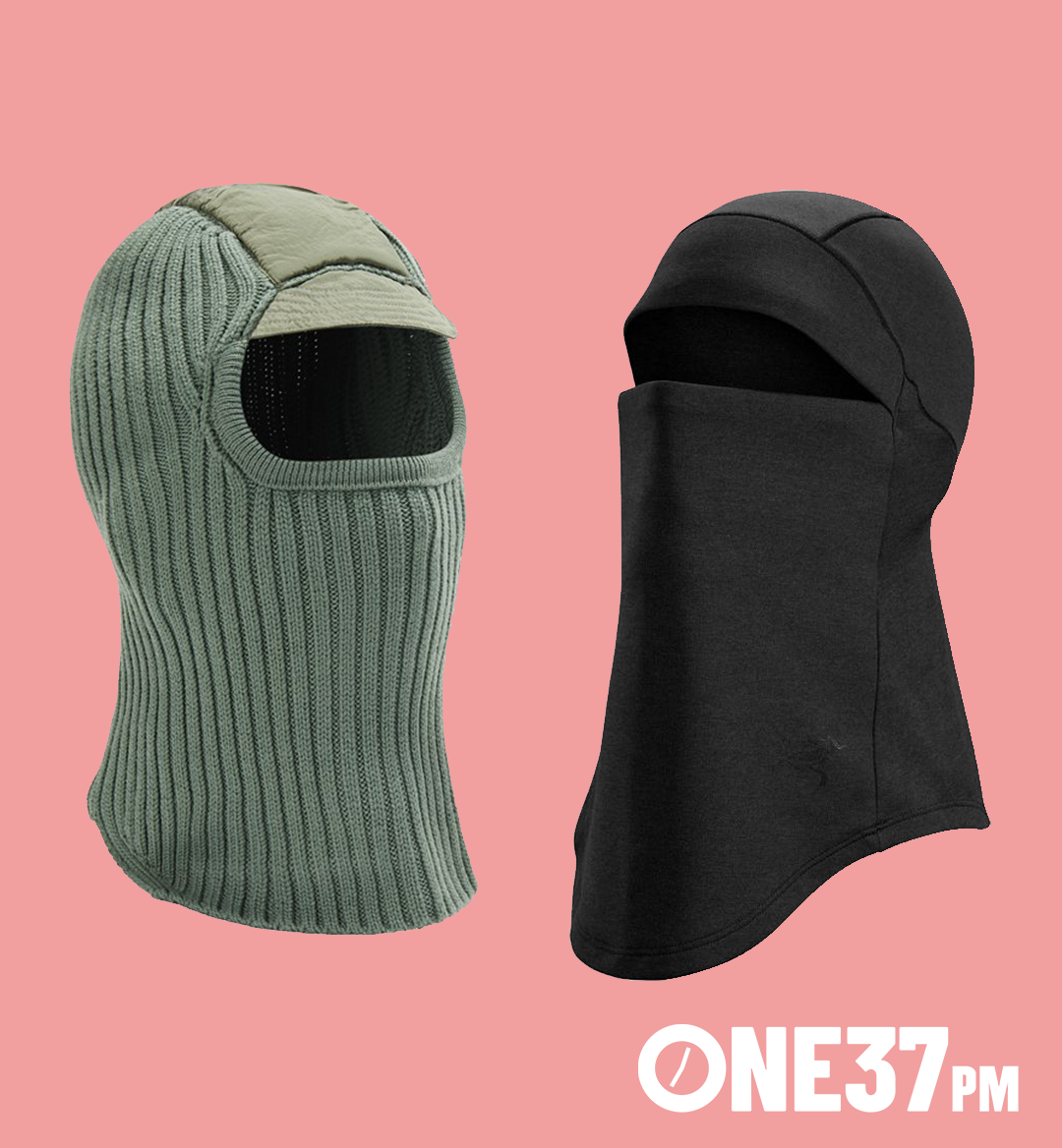 As the cold weather began to rear its head a few months ago, tastemakers searched for winter headwear to join–and potentially dethrone–the beanie. Ultimately, the balaclava proved itself to be this year’s contender for the hottest winter accessory on the market, with Google trends indicating that the search volume for them is at least double that of previous years.

What is a Balaclava?

Balaclavas are a versatile headpiece, capable of being worn a number of ways. Typically they cover the entire head and neck, leaving only the eyes exposed, but recent designs have pushed the definition of the balaclava somewhere into the realm of detached hoods as well. Often one can now see balaclava-adjacent designs that leave the entire face exposed, but we see no reason to distinguish them from others.

The balaclava trend has manifested itself in a multitude of ways, with the hood-like version being more popular with women and the full face mask being more popular with men. It should be noted, however, that neither style has been entirely exclusive to any gender. Traditional use cases for balaclavas typically surround themes of safety, warmth, or concealing one's identity–an ever increasing desire in today’s society. Celebrities like Kanye West have been big proponents of mask-wearing as of late, and no doubt contributed to the modern trend. 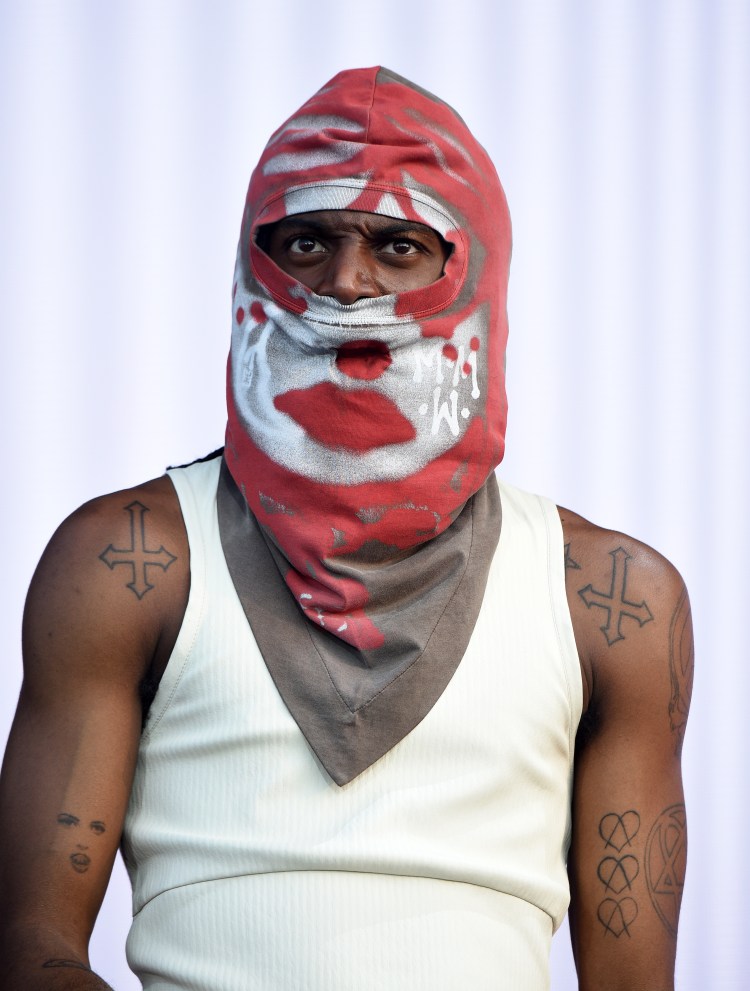 Additionally, rappers like Pooh Shiesty and Playboi Carti have been photographed frequently with balaclavas, increasing their presence among youths and counterculture communities. Additionally, quarantine has led to a massive increase in homemade goods, with folks knitting and crocheting during the extended periods we have spent indoors the past few years. Aside from hats and scarves, masks and hoods seem to be logical subject matter for avid makers. Naturally, this has led to brands following suit, and the most reason winter collections are chock full of hand-knit (or what appears to be such) pieces of headwear and clothing.

The History of the Balaclava

The balaclava's history is somewhat nebulous, but the name can be traced back to the Battle of Balaclava in 1954, during the Crimean War. During this time, British soldiers wore hand-knitted headpieces to keep warm during the frigid winters. Similar items from this era include the Uhlan cap, worn by Polish cavalry during the 17th and 18th centuries. Oddly, however, images of these garments bear little resemblance to the modern definition of the balaclava. Similar headwear has been worn for centuries, though. Knights and other warriors of the middle ages frequently wore a version of a coif, made of chainmail, underneath their armor for added protection. In terms of design, this looks closest to what we know today. As mentioned previously, the balaclava is typically used as a means to protect its wearer, whether it be from temperature or identity theft. Skiers, mountaineers, and others operating in cold conditions frequently wear them for warmth, while firefighters and race car drivers wear balaclavas made of fire retardant material for safety. Specialized police forces and military personnel can often be seen wearing balaclavas, presumably to protect their identities from those with malicious intent.

However, our intentions are pure. We would simply like to share our favorite balaclavas we've found for this winter and beyond, as we don't think that the trend will be going anywhere. Without further ado, here are some of the best ones. 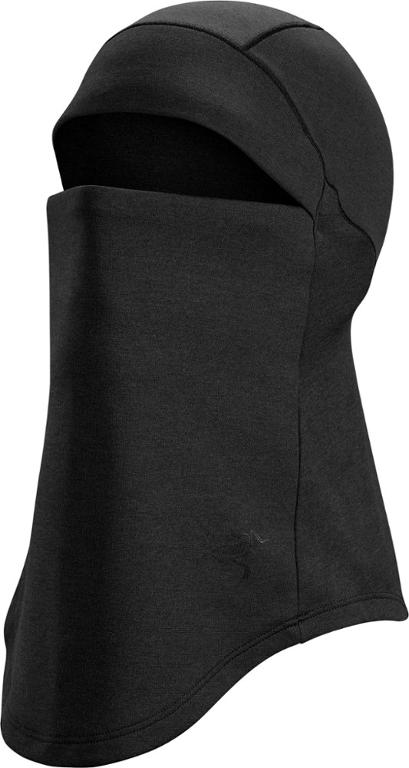 Feeling shiesty? We got you. Arc'teryx not only perfected the basic beanie, but they also have the black balaclava on lock. There's nothing extraneous here, and it does exactly what you need it to. It's also a great option for layering with other headwear and neckwear due to its minimalist aesthetic. 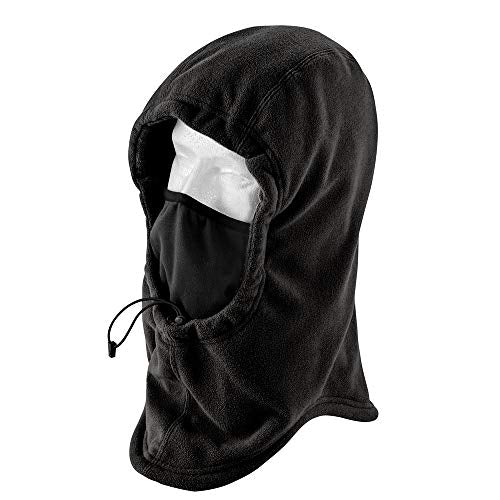 This awesome balaclava from Carhartt is made of a super soft fleece, and the cord toggle lets you decide how tight you want the hood to sit around your face. This is an especially solid option for the colder climates. 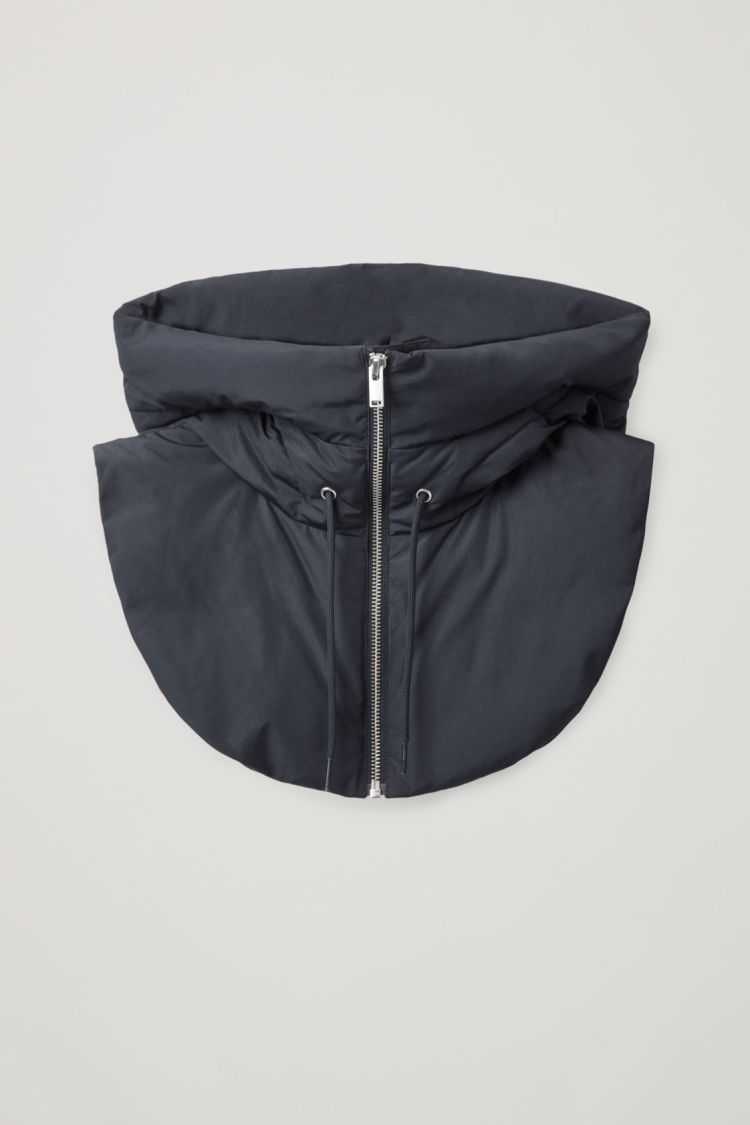 We're not quite sure where this piece fits in within the balaclava and hood realm, but its way too cool to pass up. It features a large padded hood with a zip-up mock collar to make for an accessory that we promise nobody else has right now. The COS option is a good example of this new era of neckwear that blurs the lines between scarf, balaclava and hood. 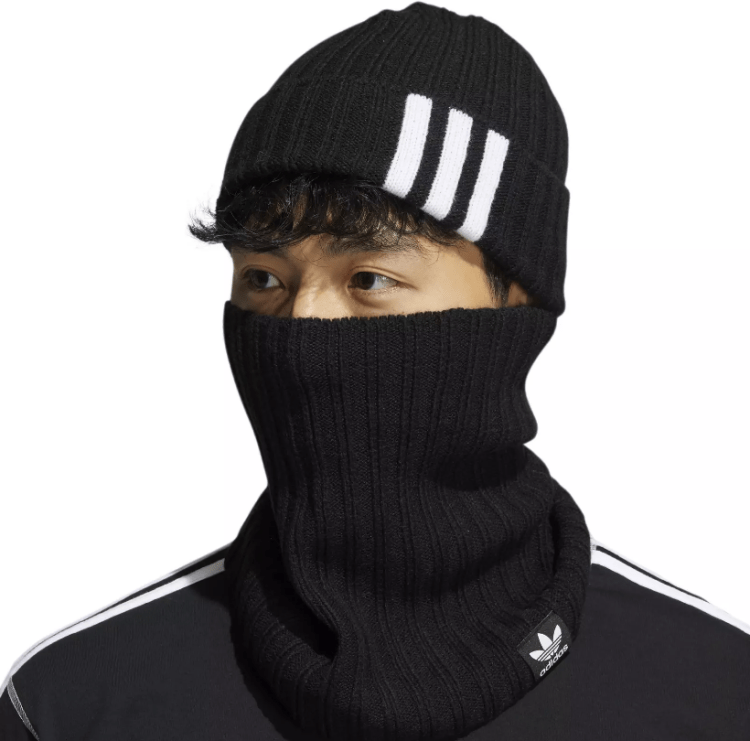 This entry from Adidas is essentially a beanie-neck warmer combo, and makes a great choice for traditional streetwear aficionados. At just $30, you can't go wrong with this one and its muted black colorway will allow it to mesh with a wide array of different winter outfits.

If you're looking to spend a little more on something a bit more upscale, there are a lot of high end designers who have put their own spin on the neckwear. Knit balaclavas have been having a special moment this year, and entries from brands like Philip Lim, Aries and more have good options for really escalating your winter look. 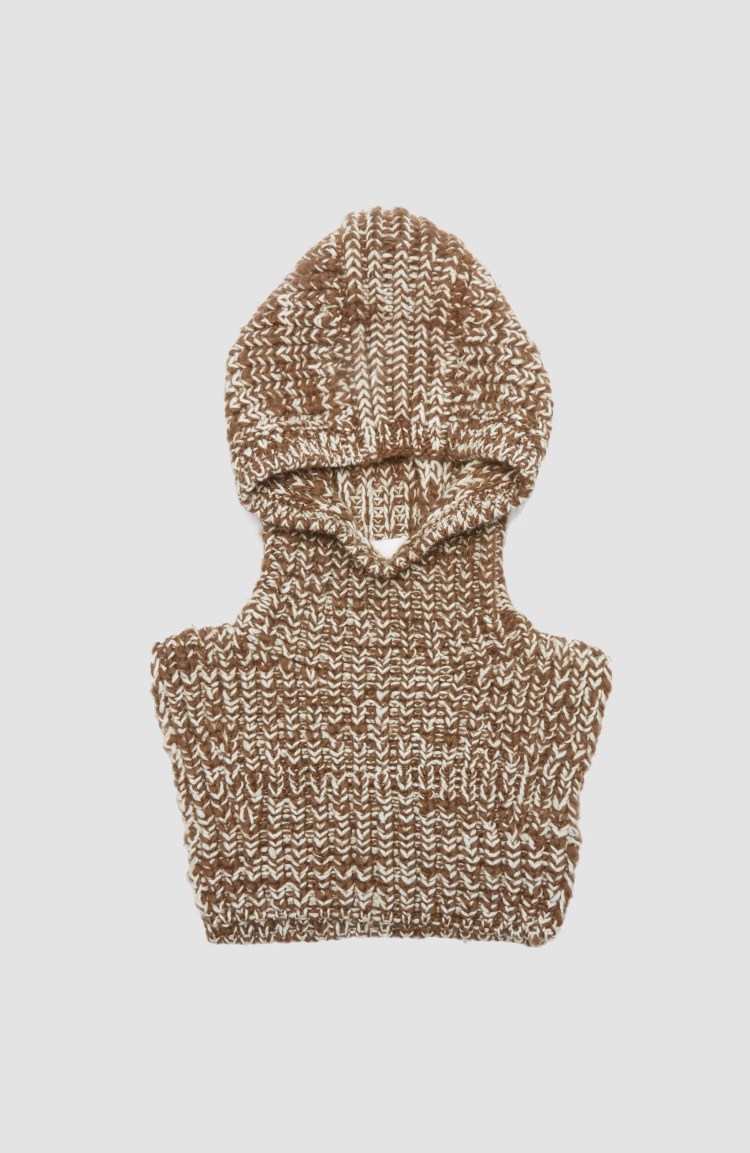 This phenomenal knit hood from Philip Lim is huge, ensuring that there is absolutely no chance you get cold this winter. Coming in a beautiful mix of brown and white, the knit pattern feels beautifully crafted and homemade. It even features a sort of bib that goes down over your chest and back. 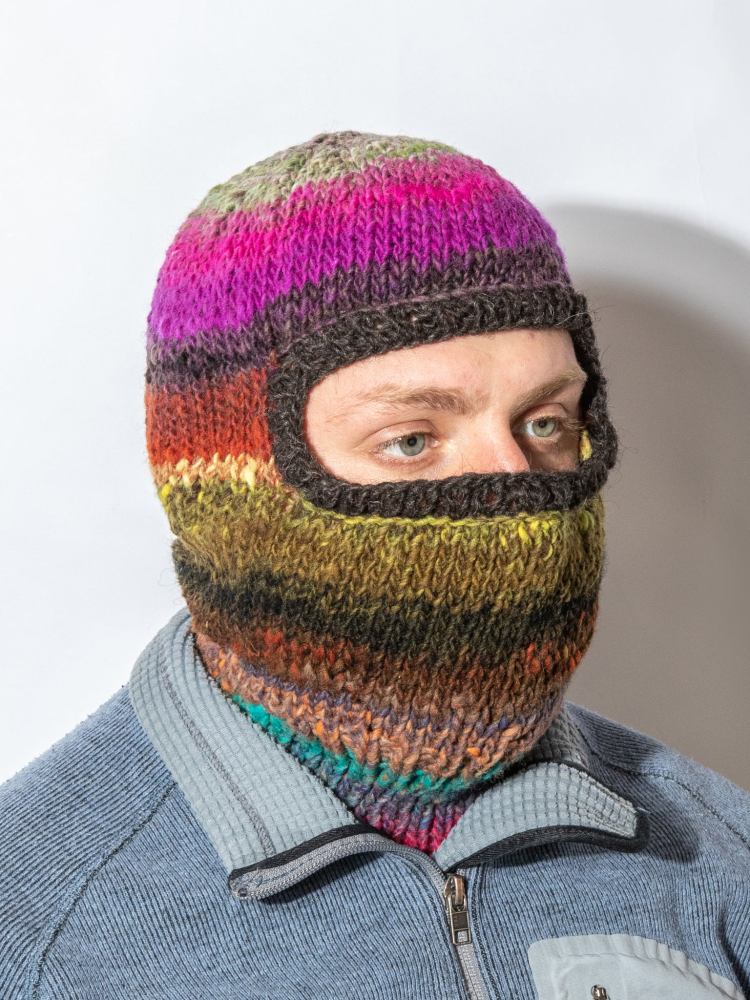 Unfortunately, these balaclavas can be a little tough to get your hands on, as they are each hand made and thus limited in their release. However, they are simply so beautiful that we need to keep them in this list. Each balaclava is completely unique, so you know you're getting a special and personal item. If you really want one now, they do pop up on the secondhand market from time to time. 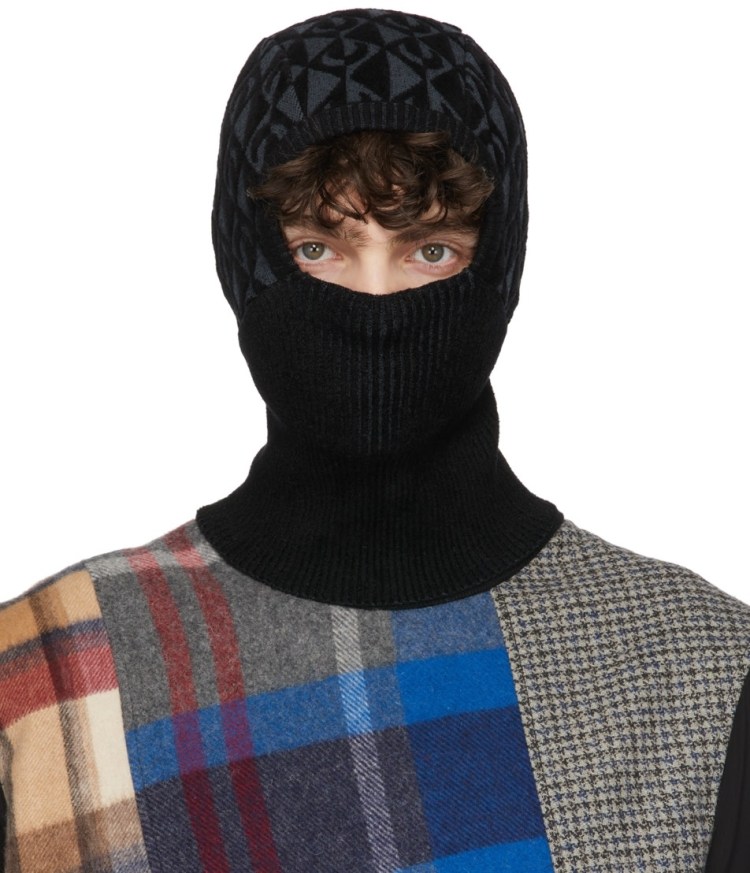 Marine Serre twists the classic all-black balaclava with her iconic moon print littered across the garment's top surface. It's subtle, but adds a lot to an otherwise simple piece. 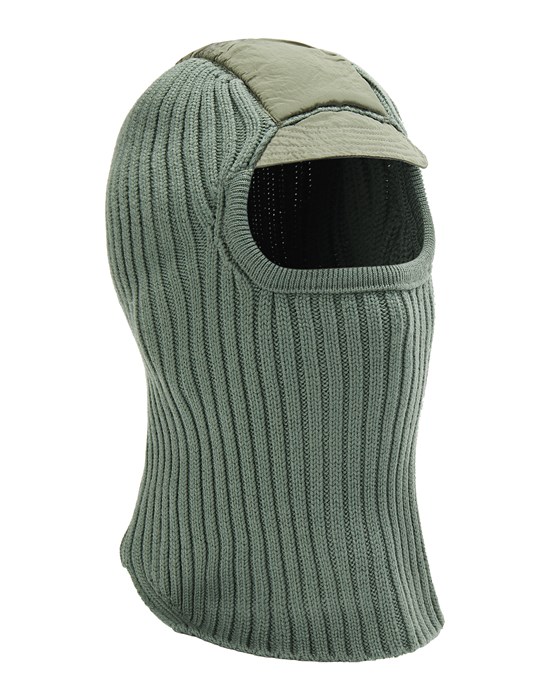 Stone Island's knit balaclava does just enough with its subtle brim and nylon detailing, giving an outdoor edge to any winter outfit this season. 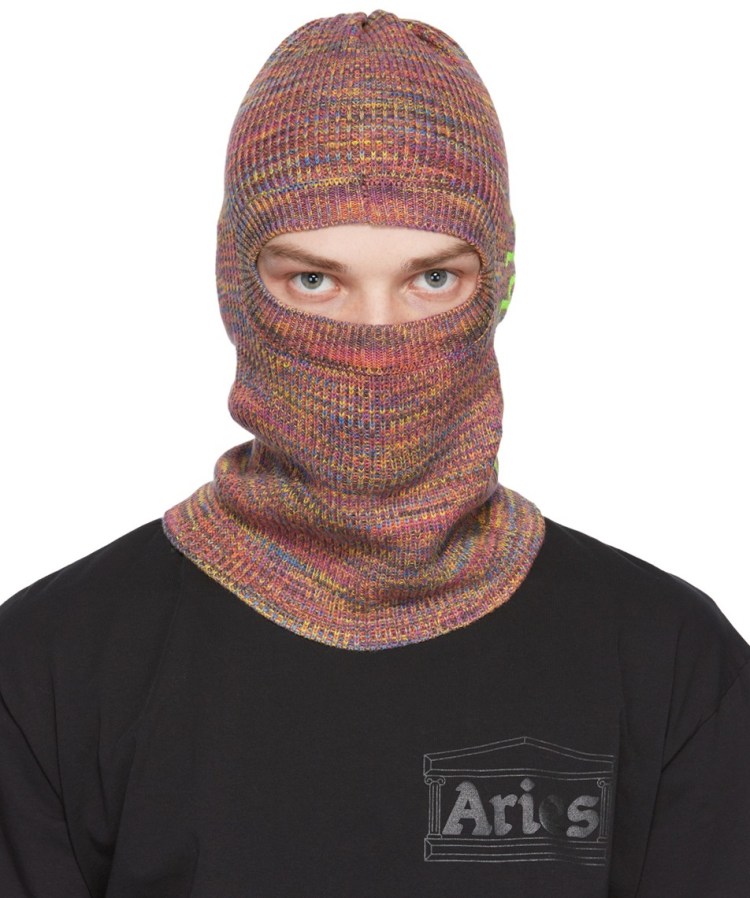 This colorful option from Aries is a fun play on the growing knitwear trend, incorporating a wide array of colors which culminate in a pseudo-pastel look. It's of course a bit pricier than the sportswear brands we mentioned earlier, but when there's a good sale on SSENSE, you can get lucky.