An xSuit Review And Conversation with Founder Max Perez 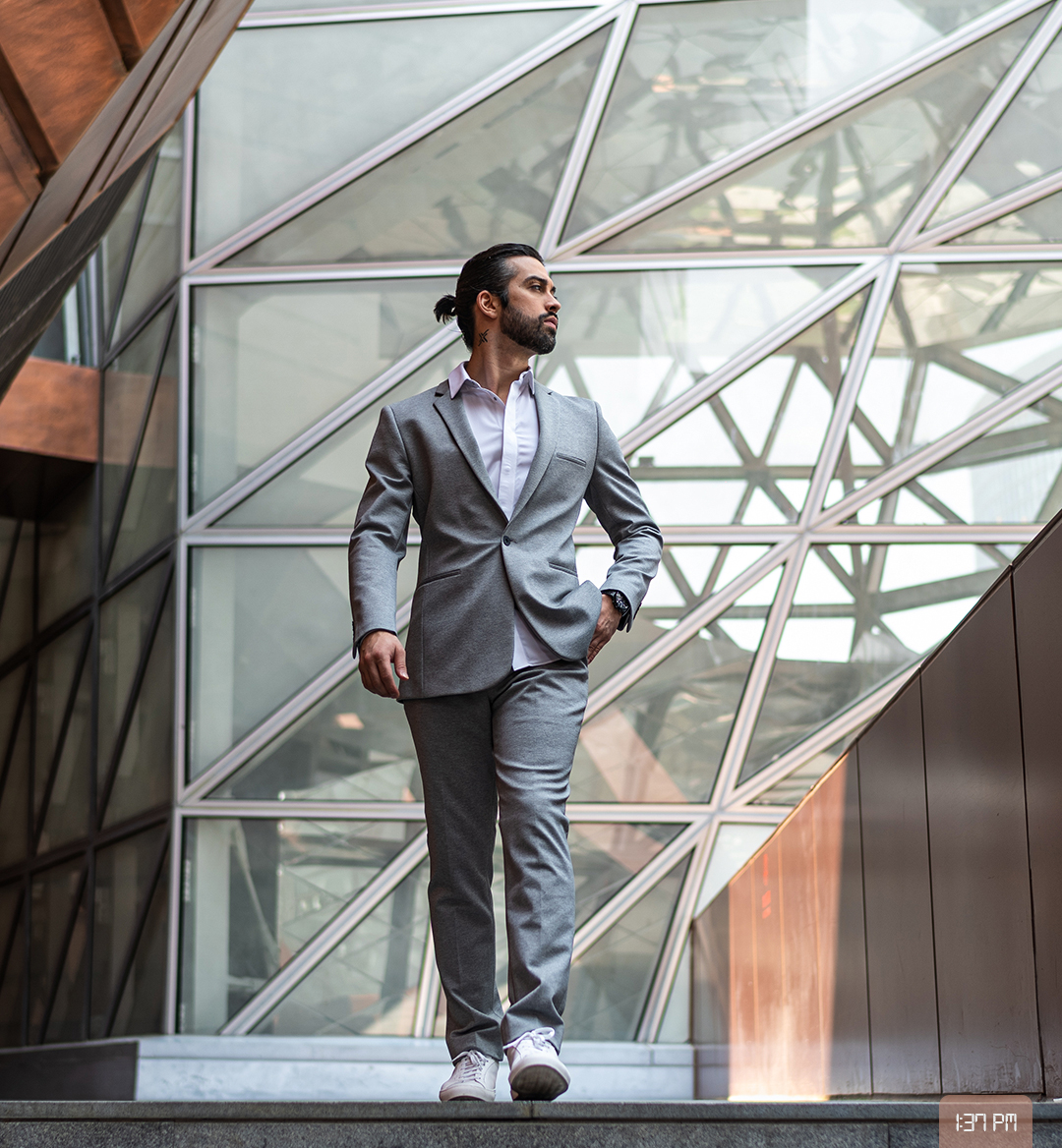 I’ve been paralyzed by the thought of purchasing a suit ever since embarking on my professional career. Especially in a world forever altered by the pandemic, the notion of having an overly expensive, overly damageable suit just never seemed necessary. However, if there was a way to alleviate the potential pitfalls of owning a suit due to lack of storage space and/or commitment to suit maintenance, I’d be all ears.

xSuit first came onto my radar back when it launched in 2017. With over $650,000 raised on Kickstarter and Indiegogo, the suit began making its way around fashion forums and the like years ago. There have been three iterations of the suit since its genesis. The V3 just released last month, and I was lucky enough to get the opportunity to try one out. 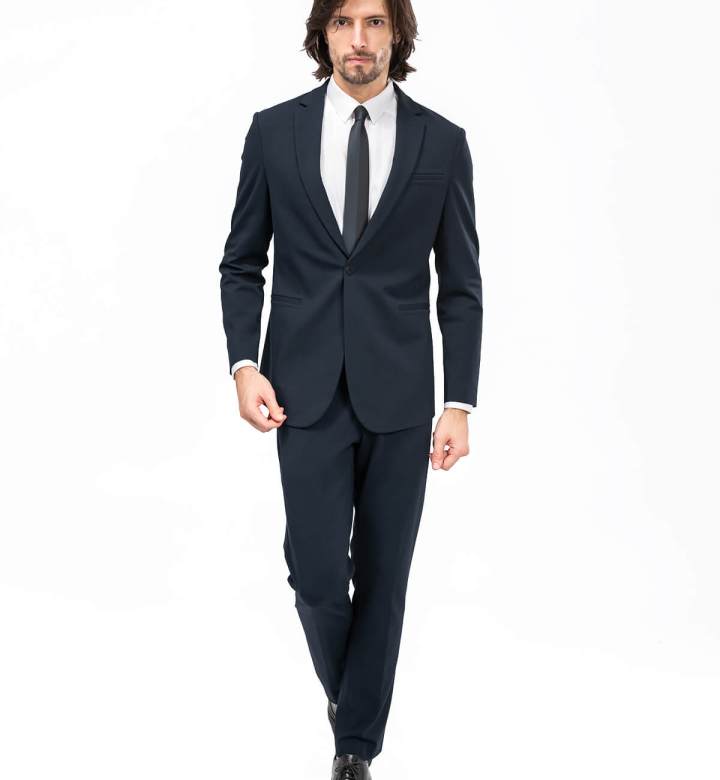 From the moment it was delivered, it was clear this wasn’t an ordinary suit. Rather than arriving in a large, lengthy container with the suit on a hanger, my xSuit arrived in a slender, small box. I wondered how the suit could possibly fit in there without wrinkling or creasing. The same technology that gives the suit its patented comfort also makes it easily storable and foldable. Once out of the box and on my body, any residual wrinkles from its journey to my apartment had already dissipated. From the moment I touched the suit, I could tell that what I had heard about xSuit was true. This was a suit from the future.

Upon a few more wears, I found that the pants were so light that it felt like wearing no pants at all. The product is certainly innovative for the world of suits, but the sci-fi quality of the material immediately conjured up even more possible innovations available with this technology—innovations that the brand’s founder, Max Perez, is keenly aware of. More on that later. 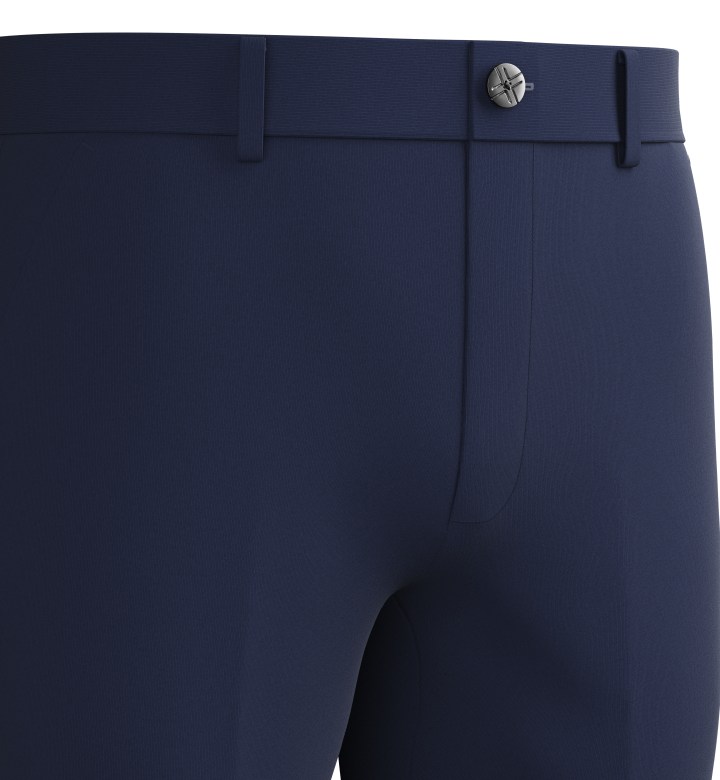 The site boasts that the xSuit is “made with wrinkle-resistant stretch fabric and [utilizes] proprietary nanotechnology to add stain and odor resistance.” In my first half a dozen or so wears of the suit, I’ve yet to create a wrinkle that didn’t ultimately fall out; as a man prone to stains, I’ve yet to leave any stains on the jacket or pants, despite my clumsy lifestyle which has wreaked havoc on innumerable other pieces of clothing from my closet. While I am not overflowing with occasions to wear a suit in a remote work environment, the pants have become a staple of my at home wardrobe. In our conversation, Max told me: “I have pajamas that are less comfortable than our pants.” Skeptical at first, I would now easily rank them my most comfortable pants, beating out my coziest, most durable sweatpants. On top of all of that, both pieces of my xSuit are machine washable, helping me avoid the bank account-draining habit of dry cleaning.

Wearing the suit left me hungry for answers. How did the xSuit come to be? What’s next for this inspired technology? Who created xSuit and how do I thank them?

So I sat down with the brand’s founder, Max Perez, to hear a bit more about the history of the brand and what the future of innovative garments may look like.

The genesis for the brand was ultimately fairly simple. Max was essentially living the lifestyle that the xSuit was designed to cater to. After graduating from a fashion design program, Max found himself working for a PR company for about 5 years. “I was spearheading the creative direction for that company and I had to wear a suit every day,” he tells me, before adding: “One of the things I dreaded the most about wearing a suit was the comfort of it.” We often hear about the physical limitations of wearing a suit, but physical limitations can easily seep into mental blocks. “I feel that it restricted my creativity a bit,” Max tells me.

Around this time, Perez wanted to begin his own brand. His brothers worked in manufacturing in Shanghai (where he is located to this day), and the pieces began to fall into place. In the process of ideating the concept for the brand, Perez wanted to stay away from some of the more oversaturated markets in fashion: “Everyone is doing streetwear. I wanted to do something different, not just another fashion brand.” And like with any good business, he had to find a problem and solve it. “I wanted to find a solution to a problem,” he tells me. The pesky pitfalls of traditional suiting sounded like a pretty good problem to solve.

While in the process of ideating the idea for the brand and getting manufacturing practices in place, Max attended the Magic trade show in Las Vegas. There he met someone working in a lab for the US military and pitched the idea as “not a fashion brand, it’s a tech product.” By the summer of 2017, all the wheels were in motion. They launched their Kickstarter, launched their PR campaign, and xSuit was born.

The following summer, they launched V2 of the suit. The third version of the suit was supposed to launch last summer, but the pandemic had other plans. So, like any good businessman, Perez pivoted and launched a successful mask line within the xSuit roster. They even donated 20,000 masks to frontline workers.

Finally, in August of this year, the xSuit 3.0 launched, the most technologically advanced suit to date. The suit features seam-taping throughout, making it more durable and resistant than previous iterations, and is completely machine-washable, one of the requests that many consumers had had with previous iterations. xSuit 3.0 sold out in a mere few weeks; they’re in the process of restocking right now.

When you browse through the xSuit site, I was most struck by two few things. First, the brand’s relatively small quantity of products and, second, the social responsibility section of their About page.

“I’m a very minimalist type of guy,” Max tells me. Disenchanted by the world of fast fashion, Max has always prioritized quality over quantity, even in his personal wardrobe. “I didn’t want to be that brand that has a billion products and revamps them every season. We have basics that’ll last five times longer than anything you’d buy from mass market brands,” he tells me. So when he was developing the ethos behind the brand, it quite quickly became: “Let’s do less, but let’s do it right.”

Let’s do less, but let’s do it right.

He made it a priority to find the best production partners, emphasizing sustainability and utilizing earth-friendly fabrics to create the suit. His brothers, who handle the manufacturing, were meticulous about finding production partners who have a reputation for complying with fair work practices.

In an effort to give back to the community, xSuit also distributed masks to frontline workers in 2020 (as mentioned above) and launched a program for providing suits to communities in need. As they began to get feedback from the community that they were “throwing away their old suits” because the xSuit was all they needed, Max and the team decided that they could open up a program “of working with local urban communities to provide clothes to men out of work or recently entering the workplace.” In exchange, those who returned their suits could get a credit towards buying an xSuit. They plan to relaunch the program this year, and this time will even allow people to turn in their old xSuits for a credit towards a new one.

While the past is certainly exciting, the future is even brighter. I could have listened to Max talk about the potential future uses of the suit’s patented technology for hours. “I have V4 and V10 planned already,” he cheekily notes to me. A lot of xSuit’s specific future innovations are under wraps (understandably), but Max has some big ideas about the future of smart technology in the garment industry.

“Garments will no longer be about fashion, they’ll be more of a utilitarian piece that will serve a purpose,” he tells me, adding the following possibilities for innovation in the next 10 or 20 years: “A jacket that heats up when you go outside,” “Garments that change colors through electromagnetic charges,” and numerous other types of wearable smart technology. “I believe that it’s a question of time before garments link up to your mobile device,” he tells me.

Max shares a couple brands with me who are already making waves in smart fashion. One such brand is TeslaSuit, which is creating a product intended for use with VR games and other AR tech. He also mentions Hexoskin, which is “like an Apple watch, but a tanktop.” While some of the future technology Max reveals to me seems to be pulled from a sci-fi novel, many of these innovations are part of a not-so-distant future.

Whatever the future holds, Perez and xSuit plan to “invest more in research and development to be at the front of that technology.” In the next year or so, we should expect to see some other accessories (self-clipping belts, ties, shirts and more) and the suit’s fourth iteration. Perez’ goal for the future is simple: “Integrating as much technology as possible into our products.”

Whether it’s in the form of a wrinkle-free garment, smart tee shirt or VR-compatible suit, the future is coming. It’s time we took a cue from Max Perez and xSuit and started getting ready.