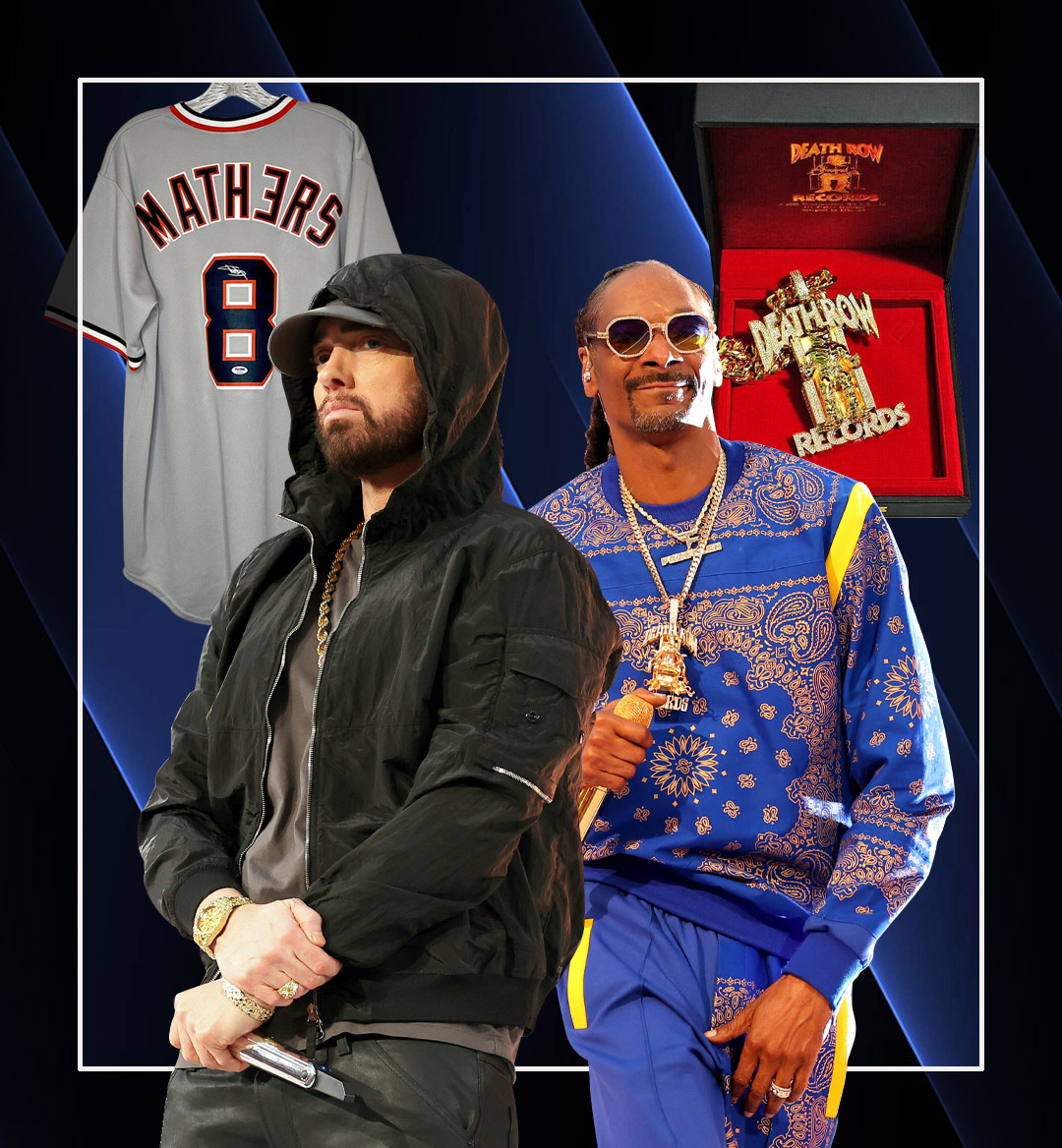 So you're wondering all about hip-hop collectibles?

You’ve likely heard the phrase “rappers want to be athletes and athletes want to be rappers.” There’s good reason for that.

Sports and hip-hop have long been in sync in popular culture. From MC Hammer roaming the sidelines at 1990s Atlanta Falcons games due to his obsession with Deion Sanders (now “Coach Prime” for the Colorado Buffaloes), to Drake sitting court side and becoming an official “global ambassador” for the Toronto Raptors, it’s only natural that this would eventually become true from a collectibles standpoint as well.

Why is identifying categories more intriguing than simply listing cool collectibles? Because one can argue that collectibles only have intrinsic value to collectors. However, when broken down into categories where multiple true sales of the same item type have been recorded, there becomes a real market for it.

This is what has happened in the sports card market, and I see potential for this with hip-hop collectibles as well.

So while athletes like Shaq, Chris Webber and others have tried to rap, and artists like Master P (Percy Miller), have actually played pro basketball, the connection between the recent rise of the sports card market, and potentially emerging categories of hip-hop collectibles makes a ton of sense.

Without further ado, here is my list of the top hip-hop collectible categories as well as some eye opening sales: 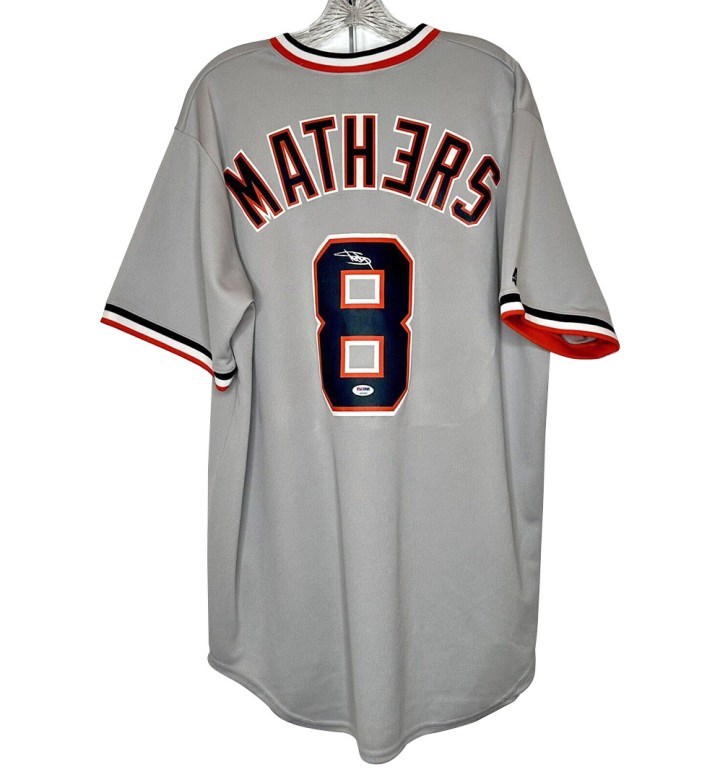 Not a huge departure from sports memorabilia here, and a great example of aligning artists with cities they represent, we have the custom Detroit Tigers Eminem Autograph PSA / DNA Authenticated Majestic Jersey. Complete with a backwards “E” in the name “Mathers” on the back of the jersey, representing the second E in EMINEM always being backwards on each of his album covers, with Marshall having signed the player number 8 on the back (for 8 Mile), it sold for $2,425 with 22 bids on eBay on December 18, 2022.

While a super cool item, the Mathers jersey isn’t “artist-worn,” but this Snoop Dogg Pittsburgh Penguins Jersey that sold for $2,175 with 37 bids on eBay on December 11, 2022 claims to be a 1/1 Artist Worn and Autographed item - the significance of the Pittsburgh Penguins jersey with player number 94 being what Snoop wore in the Gin & Juice music video from 1994 while on Death Row Records.

Both items sold for a similar price, and have their own unique twist. While Eminem didn’t wear the custom Tigers jersey, it comes with an authentication letter from PSA/DNA. The Snoop item on the other hand doesn’t appear to come with any autograph authentication or verification that it was ever worn by Snoop himself.

In addition to these unique jerseys selling on eBay, there have been some solid jackets from the personal collections of iconic hip-hop artists that have sold via Sotheby’s. 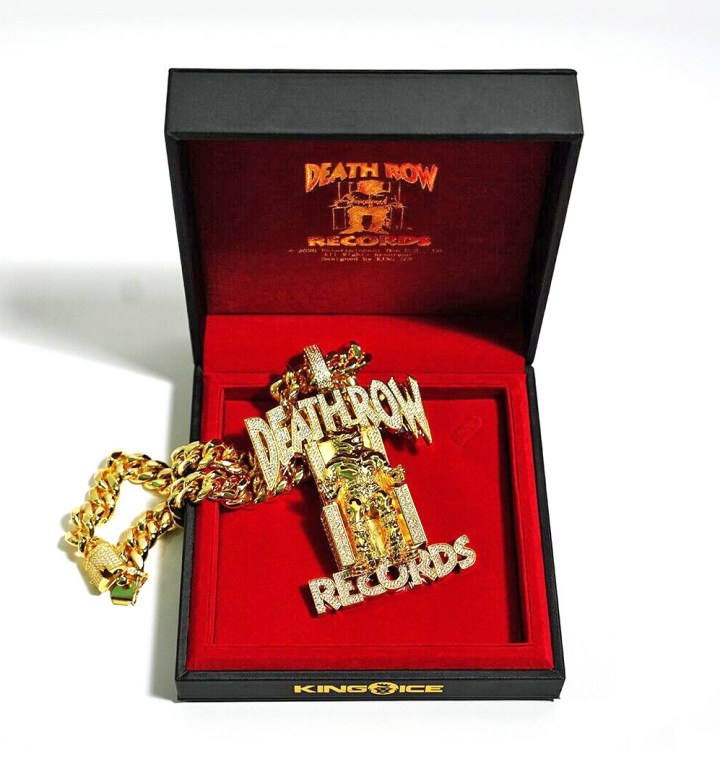 Upon joining Death Row Records in 1992, each artist to join the label was gifted a medallion and chain like this one. They were rarely removed from their necks during the record label’s heyday.

And now that Snoop owns Death Row and its brand assets, this medallion and other Death Row collectibles could have increased relevance in the coming years.

What's unclear is if this was actually Snoop’s real chain, or simply a replica that he wore once. This listing is from the same eBay seller who sold the Penguins jersey mentioned above. I’d caution you to be careful when buying any memorabilia that doesn’t come with an official authentication letter from a reputable company.

Sotheby’s recently closed bidding on this Ice T “Africa” pendant worn by him on the cover of his album “Power” in 1988. The lot includes a promo poster signed by him and sold for between $3k-$5k. 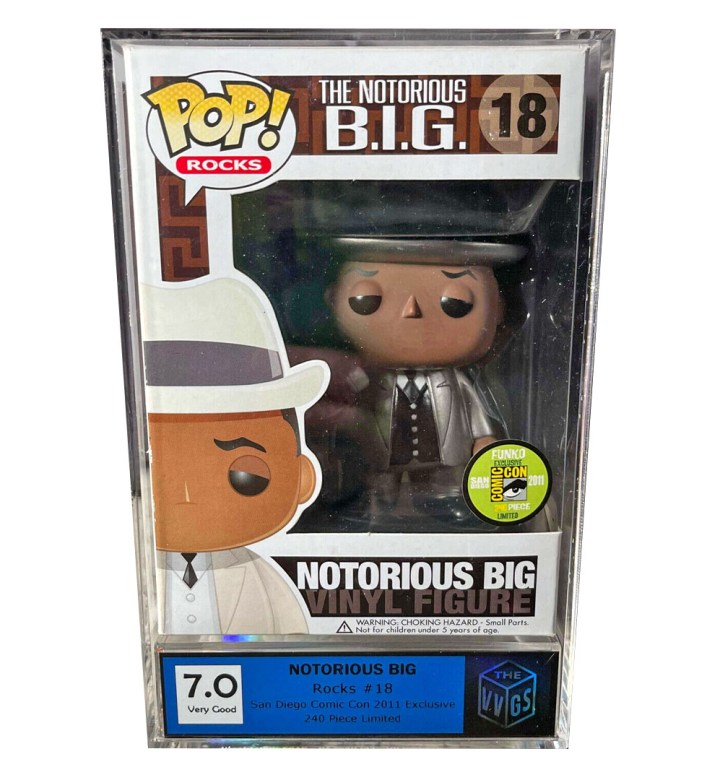 Other Hip-Hop POPs are selling too.

While Hip-Hop Funko POPs may seem like a quirky fad to some, they actually could be as close to a sustainable market segment of collectibles as any on this list, due to their sales volume, production runs, rarity, and gradability. 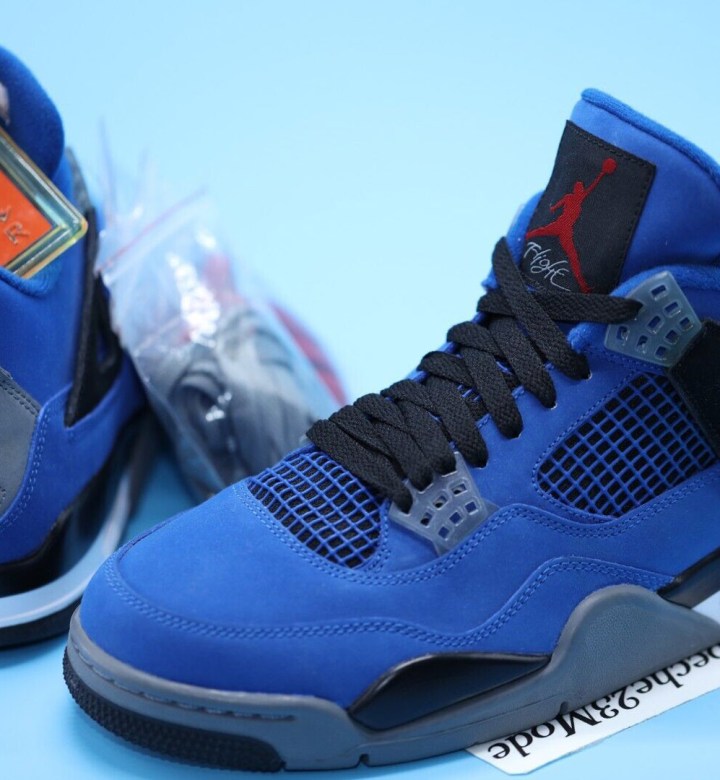 This should be no surprise, but Hip Hop sneakers are blazing. A pair of the SAMPLE NIKE Air Jordan EMINEM 4 Slim Shady IV 9 DS Promo IV sb 2017 just sold on eBay on October 28, 2022 for $24,099 with 82 bids, and some of the hottest items on Sotheby’s are the following sold sneakers: 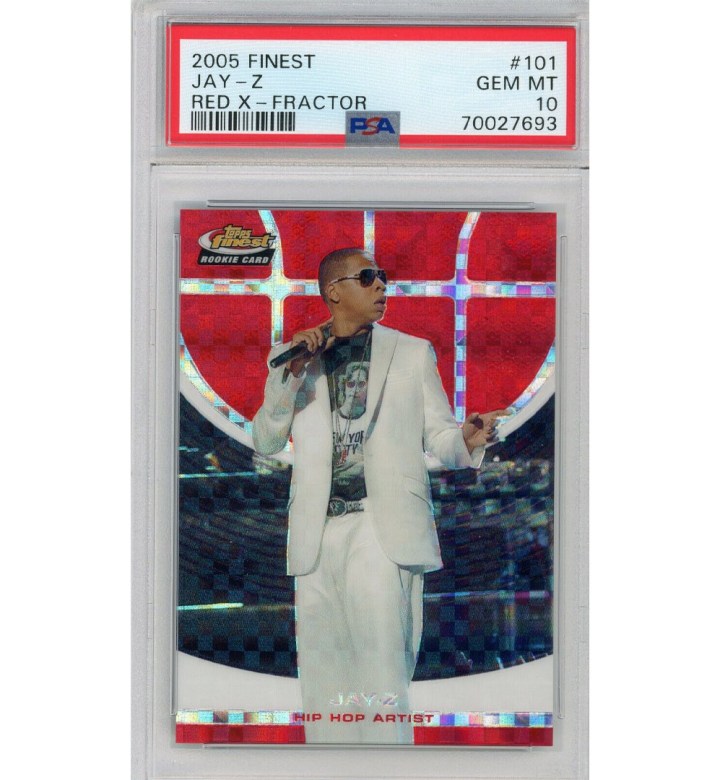 Hip-Hop icons like Jay-Z have actually appeared in sports card releases like Topps Chrome Basketball in the past, and sets like Topps Allen & Ginter have featured autograph cards from artists like Snoop Dogg, B-Real of Cypress Hill and many more. And there are also the mass-produced but super cool and collectible 1990 and 1991 Pro Set Yo! MTV Raps Cards, and other sets like 1991 Premier Premier Rap Pack.

Two Snoop Dogg PSA 9s from the 1995 Panini Smash Hits set just sold for $299.99 each. If you want to try your luck at pulling one to get graded at PSA, grab a lot on eBay now for around $2.50/pack. Or if you feel like spending more money, grab an autographed PSA / DNA certified version of this card on eBay for around $1,300.

Iconic auctions just sold a Beckett Authenticated Too $hort rookie from the 1991 Rap Pack set for just over $200.

A Notorious B.I.G Biggie Rookie Card 2012 Platinum League Self Made card just sold for $375 on eBay. 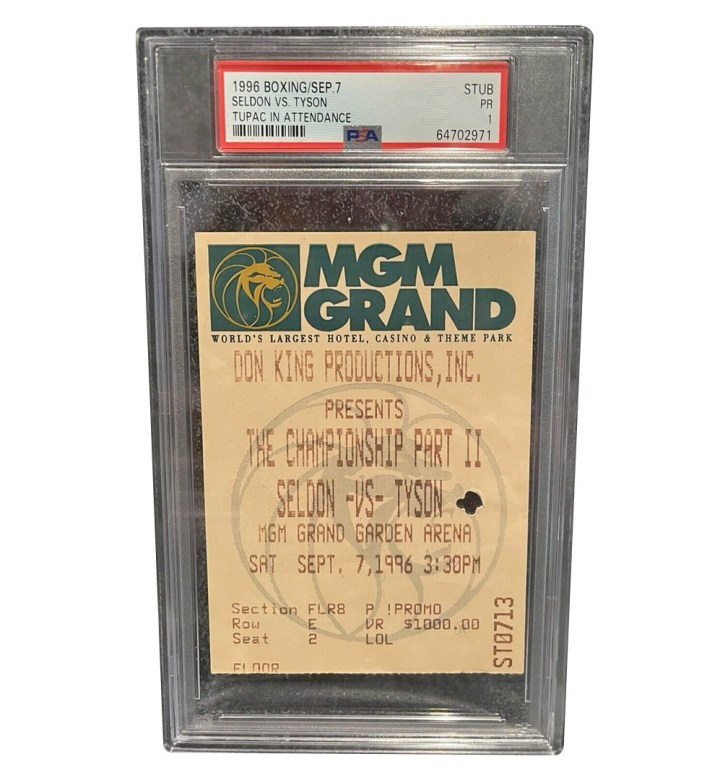 While a 1986 Hip-Hop Festival Ticket featuring Kurtis Blow just sold on eBay for $39.99 and a 1987 Run-DMC reunion concert ticket stub sold for $30, a Mike Tyson vs. Bruce Seldon Boxing Ticket from September 7, 1996 graded a PSA 1 sold on eBay for $2,275 with 20 bids on eBay. The hip-hop significance of this? Tupac Shakur attended this fight just before he suffered ultimately fatal gunshot wounds later that night.

Want one actually signed by Mike Tyson? A PSA 9 POP 1 is available on eBay for $25k or best offer. 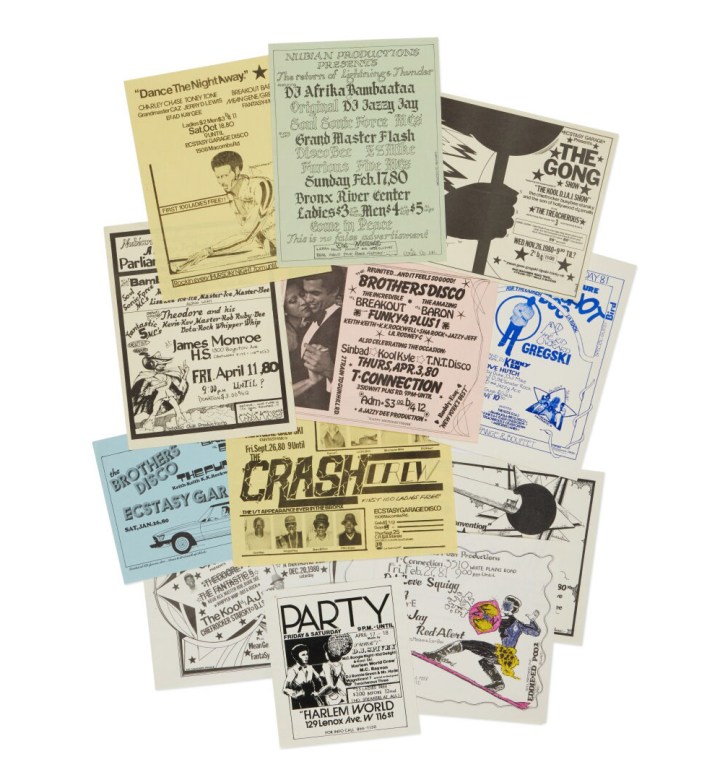 It looks like maybe even more popular than hip-hop ticket stubs are actually handbill show flyers from when the artists were building their careers early on, before their record label days.

Even less rare but original promo posters for shows sell for hundreds of dollars. A Luniz Operation Stackola promo poster 1995 I Got 5 on It Bay Area just sold for $400 and a Run-DMC Raising Hell Tour Poster sold for just less than $3k. Many more sold via Sotheby’s recently, including: 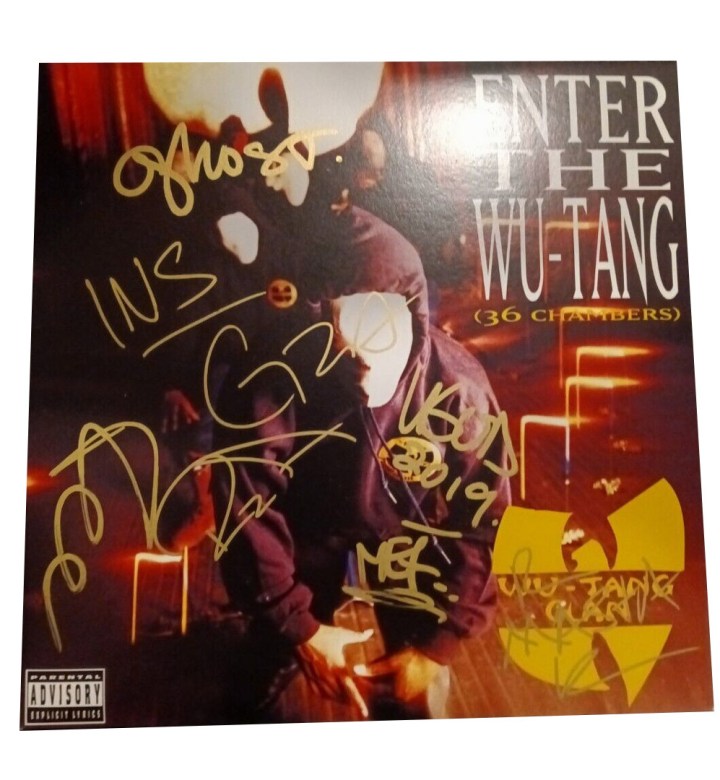 Hip Hop started on turntables, so it’s only fitting that nearly 50 years after the first parties occurred on the ones and twos, that autographed vinyl and vinyl album covers are super collectible. Some of the top recent sales include: 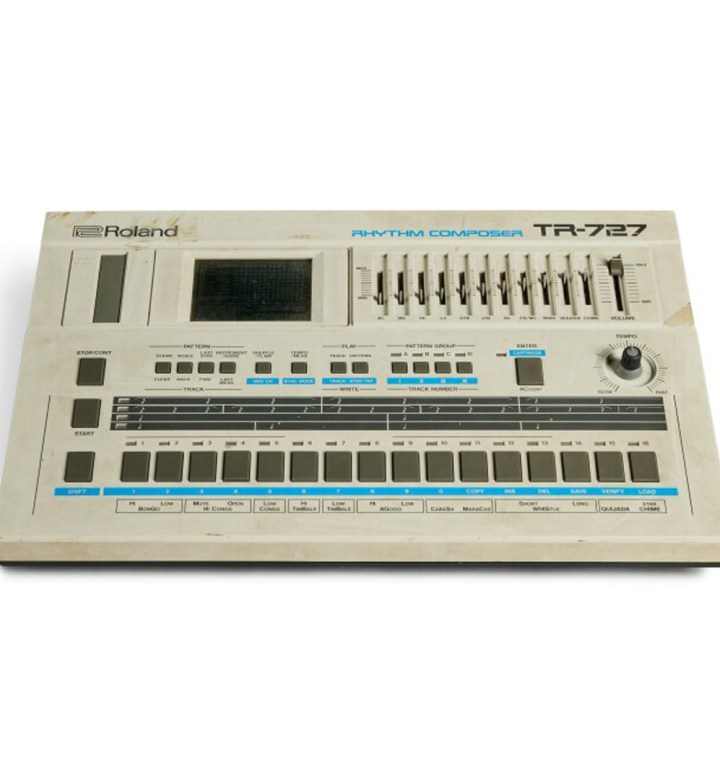 Yep, Artist Used Drum Machines like the one legendary producer Jazzy Jay used to program LL Cool J’s “Rock The Bells” in 1985, produced by Rick Rubin and released by Def Jam Records sold for between $2k - $3k via Sotheby’s. 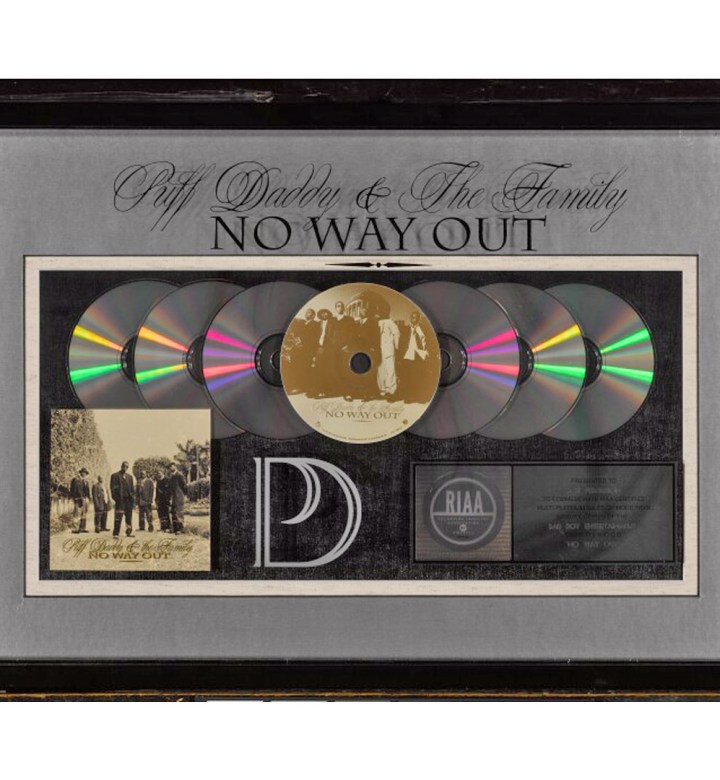 Closing out my list of hip-hop collectibles is a category that 99.9% of us will never actually earn, these Platinum Plaques. When I stumbled across a Bell Biv Devoe Poison Platinum Plaque that sold for just under $600 on eBay, I did a little more research and found RIAA Plaque Awards that have sold recently, many of which are still available from legendary hip-hop artists.