Sotheby's "Modern Collectibles" is the Exhibit You Need to See 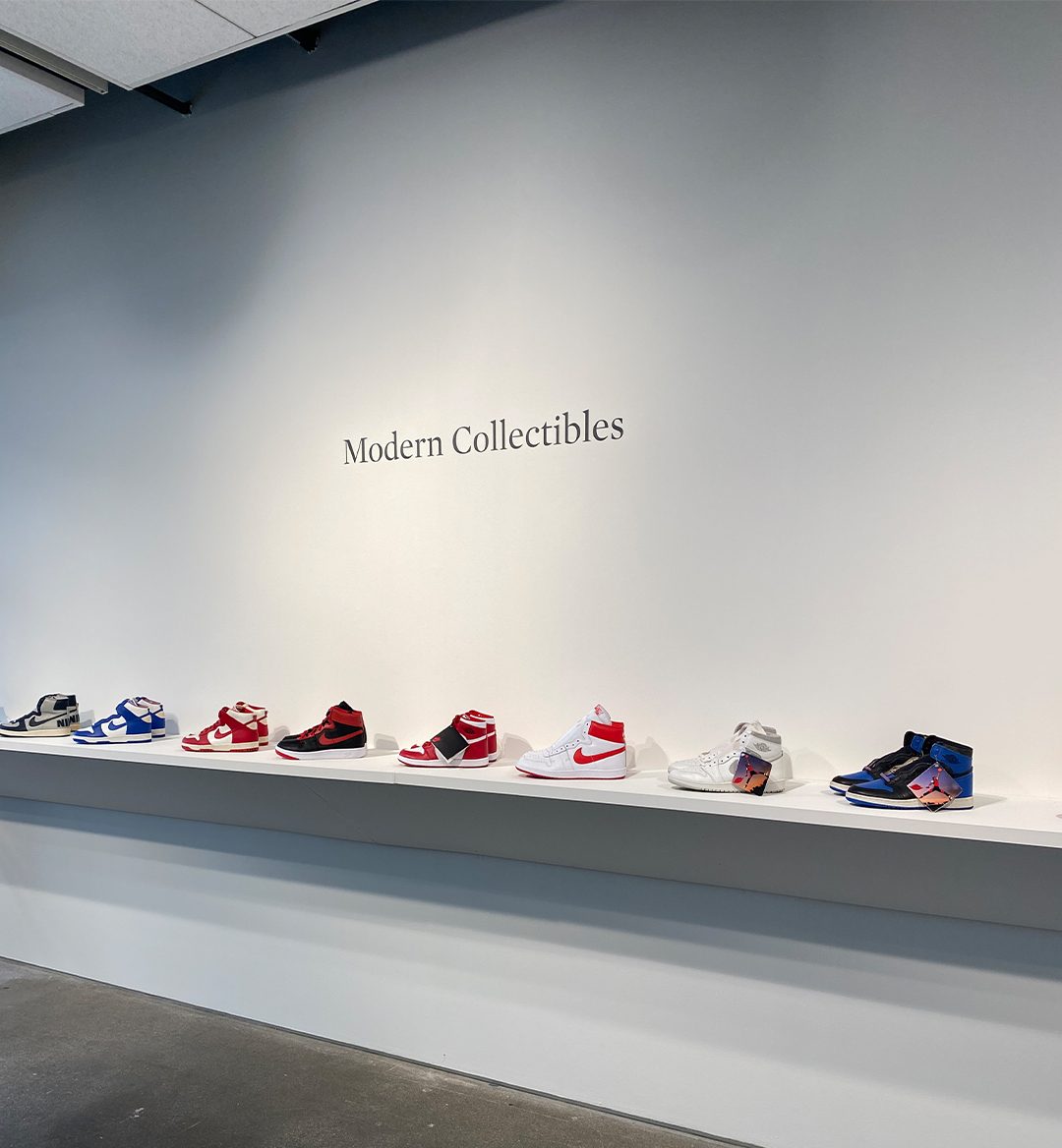 Sotheby's, the world-renowned luxury auction house, has recently opened a new exhibition free to the public. Titled "Modern Collectibles", the exhibition showcases some of the most sought after design works and memorabilia of the modern zeitgeist. As such, key pieces include classic basketball shoes dating all the way back to the famous Converse Weapons, a Supreme bicycle previously owned by Eric Clapton, a t-shirt worn by Will Smith in the film "Men in Black", and much, much more.

If that list isn't enough to entice you to go right away, we've compiled a few of our favorites from our visit to the exhibition to compel you further. After all, it's free!

Basketball Sneakers of the 80's 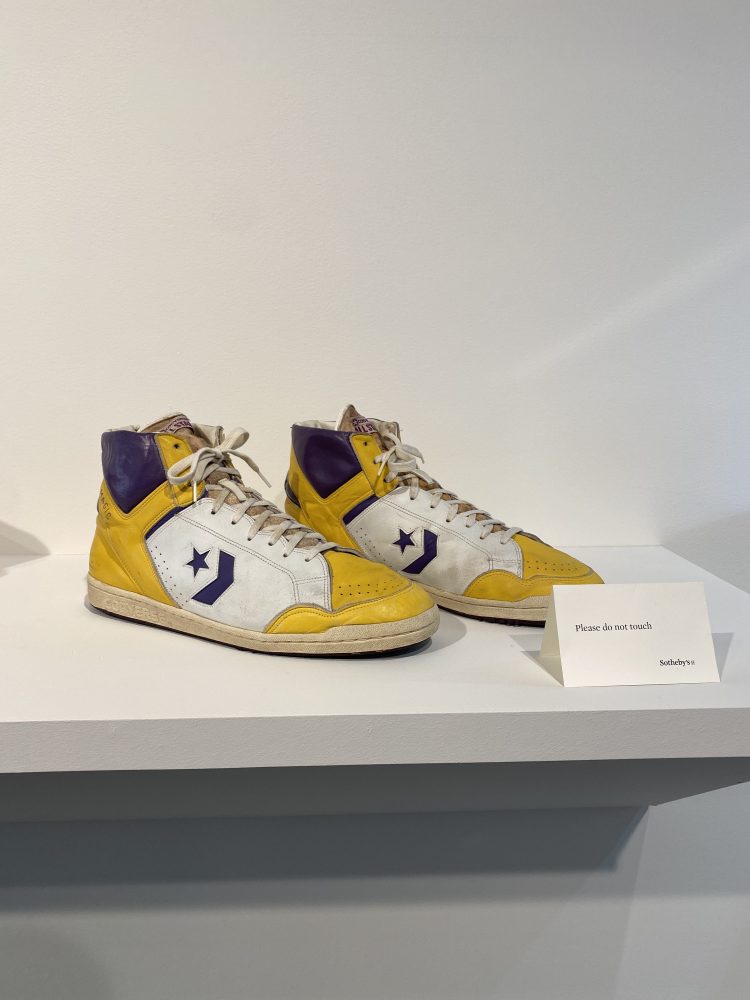 Upon entering the exhibit, one is immediately greeted with an all-star lineup of basketball shoes that have ultimately defined modern footwear as we know it. Among the shoes are sneakers like Nike's collaboration with Kentucky and St. John's Universities on the Dunk model, and three colorways of the famed Air Jordan 1. One can also see the Converse Weapons, which was the dominant shoe of choice for ball players of the 80's, including Larry Bird, Magic Johnson, and many others. 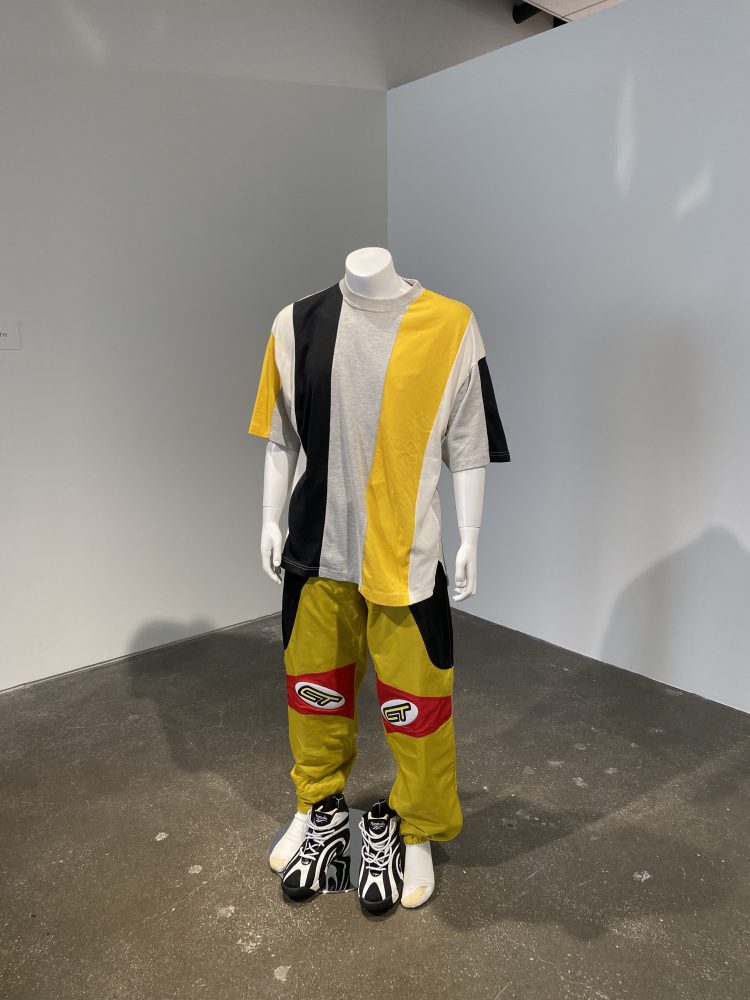 Right next to the dreamy selection of basketball sneakers one will see instantly recognizable pieces of film history. The first is a color block t-shirt worn by Will Smith in the iconic "Men in Black" film, available alongside the rest of the outfit worn in the same scene. Nearby, two pairs of the covetable Nike Air Mag sneakers from "Back to the Future", sit encased in glass and on the wall. The exhibition features two pairs of these shoes, one from the original 2011 release, and a pair from 2016 with the self-lacing capabilities that made the shoes so famous in the first place. 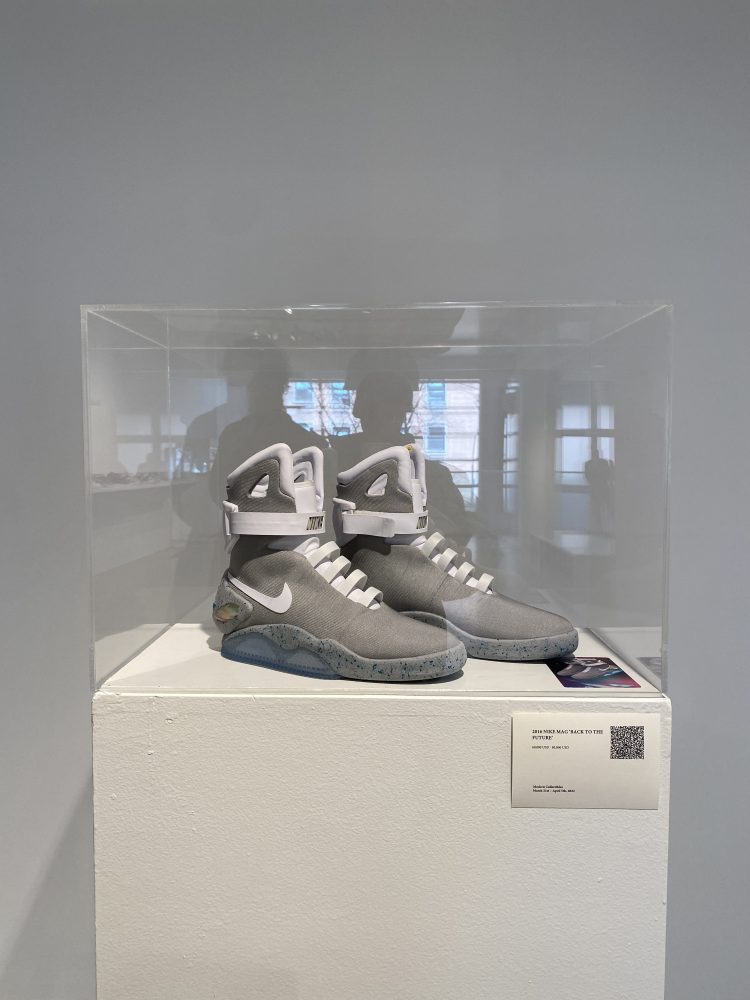 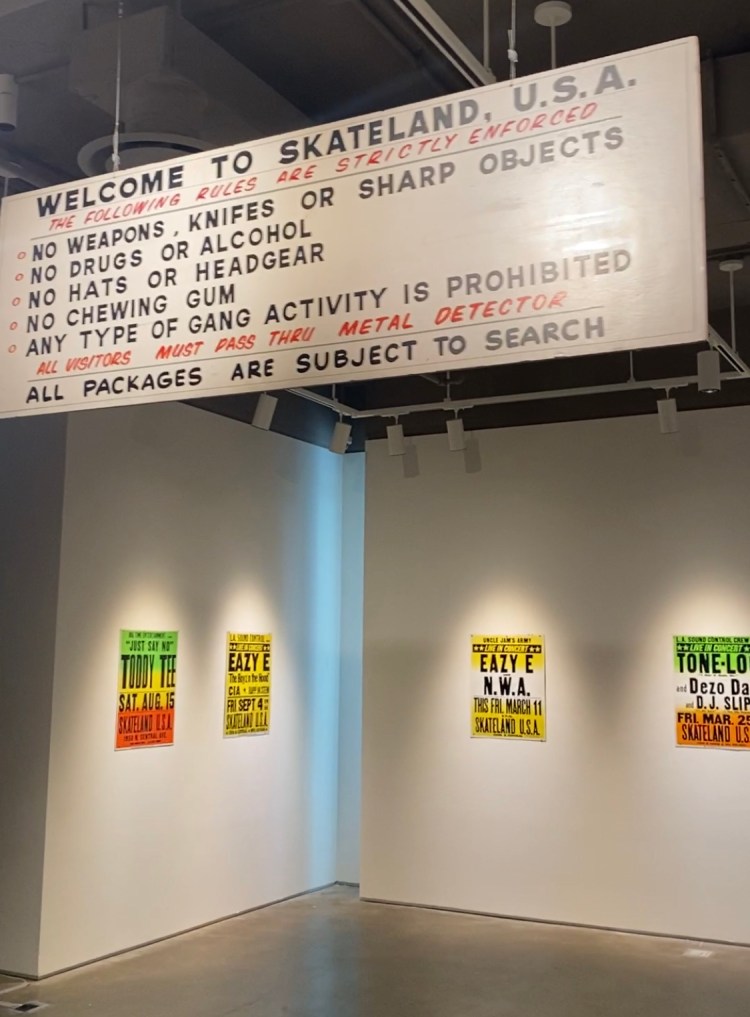 One of the key facets of the exhibition is the large display of historical artifacts from the early years of hip hop. Large scale photos of rap icons like MF DOOM, 2pac, and The Notorious B.I.G fill the walls, and the drum machines of yesteryear responsible for some of the genres early classics sit atop pedestals, signed by their owners. In another room, posters litter the walls for shows at a location well-known to rap fans: Skateland U.S.A. The Compton venue was famed as the place that launched N.W.A.'s career in the late 80's.

If you are a fan of basketball or rap with deep pockets, know that everything in the "Modern Collectibles" exhibit is available for auction, with prices listed alongside each object. Without giving away too much more, we urge you to check the exhibition as soon as possible, as it closes Tuesday, April 5. Find it at Sotheby's location on 1334 York Ave.