A Brief History of ‘Star Wars’ Games from 1982 to Today

Let’s look back at the 60-plus games in the franchise as we await the release of ‘Star Wars Jedi: Fallen Order’ 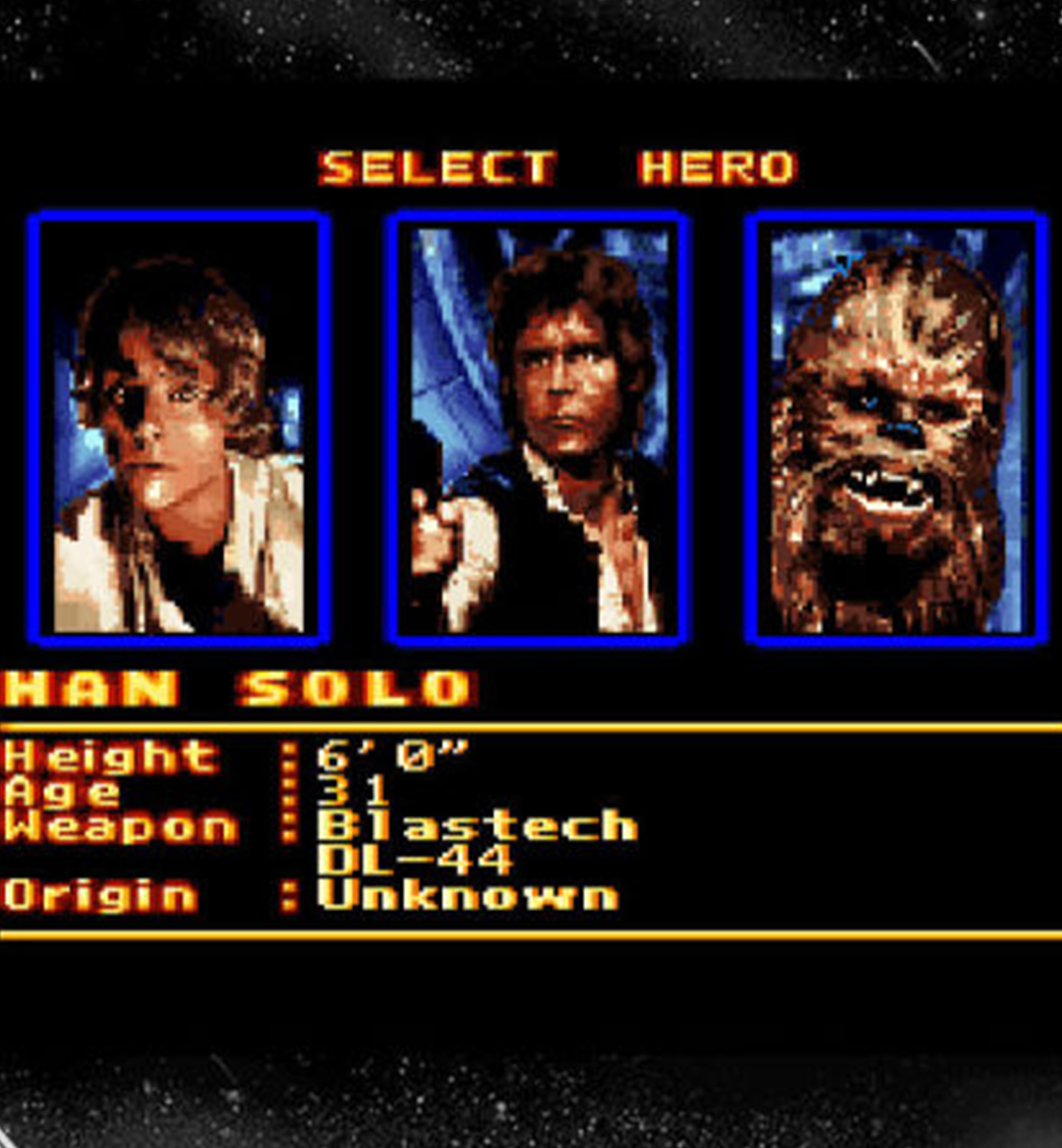 Respawn Entertainment, creators of the Titanfall series and Apex Legends, just became the most recent studio to announce a Star Wars game. Star Wars Jedi: Fallen Order, due out in November 2019, is a single-player, third-person game that tells the story of a young Padawan escaping from Emperor Palpatine’s order for clone troopers to kill all the Jedis. It’s also the newest game in a very long tradition of Star Wars video game titles. In the franchise’s 42-year history, more than 60 games have been made that are set in that galaxy far, far away.

Looking through the long list, it’s easy to group the titles into a few different categories of ways that developers have tried to capture that special Lucasfilm magic, including the LucasArts studio, over the years. Additionally, looking at all the categories, and how the best reviewed games were made, we can tease out some of the broader strokes in what made them great.

It’s no surprise that one of the most popular video game genres to come out of a franchise named Star Wars is the space combat simulator. Not only have many games taken advantage of the space setting, but multiple series have encapsulated them. And they are some of the most popular Star Wars games of all time. Games in this genre include the hallowed PC game X-Wing from the early 1990s and Rebel Assault.

The quality of these titles varied immensely. And the genre proved to be fantastic for the early days of video games. It didn’t necessarily take high-end graphics to put players into the blackness of space and fire at far-off dots. Many of the games, from the franchise’s first arcade game to the highly celebrated TIE Fighter, took place almost completely in space, with the player taking control of a spaceship in outer space’s vacuum. But many of these games straddled the line between space combat and ship pilot simulator.

Most of the video games in the Star Wars franchise fall on some point of the action game spectrum, though some are awfully close to the space combat simulators. The very first Star Wars game was a 1982 Parker Brothers game for the Atari 2600 called Star Wars: The Empire Strikes Back. This had the player (clumsily) take control of a ship on the ice world of Hoth to try to stop the approaching AT-ATs from invading the Rebel hideout. Since it doesn’t technically happen in space, it becomes difficult to call it a space battle simulator.

The tradition of exploring other ways of telling Star Wars stories continued from there. Games let players be everyone from Luke Skywalker taking on a training droid with a lightsaber to Han Solo in Cloud City taking on a maintenance droid. Action games have become the bread and butter of Star Wars games and seem to be the driving influence for Respawn’s Fallen Order. But as Yoda might say, an action game does not a good Star Wars adventure make. Many action games within this franchise, like Star Wars: Bounty Hunter and Star Wars: Yoda Stories, were not at all up to snuff.

Straight video game shooters are relatively new to the Star Wars scene, and they lie mostly in the hands of the Battlefront series. This specific blend of third-person action/shooter began with the Star Wars: Battlefront game released in 2004 for the PlayStation 2, Xbox and PC by erstwhile developer Pandemic Studios. And while most of the games in this series were well received, developing Star Wars games can have its pitfalls. EA suffered a pretty large scandal after it seemed to prioritize milking its players for microtransactions over rewarding them for progression. Though the games themselves were (and are) fairly well regarded, the most recent entry stands as a warning not to make games that overly emphasize taking money from players.

One of the issues that has conceivably dragged down many Star Wars games has been their adherence to the stories told in the movies. Over the past four decades, a large number of games tell some or all of the stories that exist in the films, with the player in multiple roles. What’s notable about RPGs like BioWare’s Knights of the Old Republic is that it, along with other titles in the series, takes place completely outside of the movie plot. Not only that, but through the nature of being an RPG, allows the players to tell their own stories within a universe that they already know, understand and appreciate. These RPG games, mostly developed by BioWare, are considered to be among the best games inspired by Star Wars.

Lessons learned ahead of ‘Fallen Order’

There have been many other games, in many other genres, but the ones listed above are the standouts in one of the video game industry’s most exploited franchises.

And there do seem to be many lessons that Respawn can reflect on while creating Fallen Order. Judging strictly from the correlation between review scores and reception, it comes as no surprise that the most well received games are those that take the franchise the most seriously. Looking at some of the most-praised titles, such as Knights of the Old Republic, you see games that treat the source material as reverently as a die-hard Star Wars fan would. On top of that, it’s clear that obvious cash-ins aren’t too welcomed by Star Wars stans. Having a sequel for a sequel’s sake, or a game specifically tied into the release of a movie, doesn’t seem to be the best course of action for a developer/publisher to create a game of lasting renown. Many of the best reviewed Star Wars games, like 1993’s X-Wing or 1992’s Super Star Wars, came many years after the movie they were based on.

Fans can hope that Fallen Order follows a few of these bread crumbs along the twisted and treacherous road of Star Wars video games. It already seems to have checked off a few of those boxes. Some of the most celebrated games tell new stories in the franchise’s universe, which Fallen Order promises to do. And though Fallen Order, with its late 2019 release date, will come hot on the heels of Star Wars: Episode IX, it smartly is not directly tied in with that movie. It instead tells a story in between Episode III  and Episode IV.

Respawn is a relatively young studio, formed in 2010, but it has already built a highly regarded name for itself. On top of that pedigree, it can also learn a great deal from the decades of Star Wars games that have come before Fallen Order. Those two factors give Star Wars fans a lot of reasons to be excited about Respawn’s upcoming game.