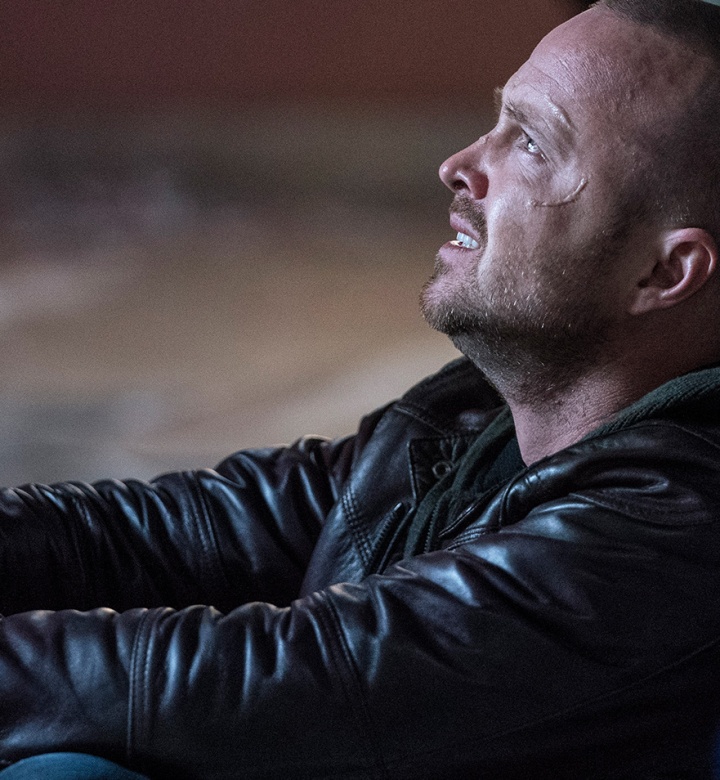 El Camino: A Breaking Bad Movie is a film about memories. Major spoilers ahead! After escaping the clutches of Jack’s tortuous gang in the 2013 TV finale of Breaking Bad, Walter White’s protege Jesse Pinkman (played by Emmy winner Aaron Paul) tearfully drives off in gang member Todd Alquist’s car, an El Camino. El Camino picks up seconds after that and is centered on Jesse remembering old relationships and tricks in order to get enough money to relocate with a new identity and escape the police manhunt that’s underway because of his connection to the largest methamphetamine drug operation in U.S. history. Jesse’s memories are what get him through this ordeal, and it is those memories that help expand the Breaking Bad universe.

Those appearances are great fan service by Breaking Bad creator Vince Gilligan, who also wrote and directed El Camino. ONE37pm combed through the 122 minutes of this glorious return to the world of arguably the best TV show ever to find out how the film helped expand the world of Breaking Bad.

The Hell Jesse Went Through

The most insight into the previously unseen aspects of the Breaking Bad world that El Camino elucidates is the hell that Jesse was subjected to as a prisoner forced to cook meth for the gang while chained in a cell, after being captured in season 5’s episode 14 titled “Ozymandias.” In the show, we see Jesse living disheveled in an underground cell and forced to watch his girlfriend Andrea be shot in the head by Todd after he tried to escape. Besides those few moments, the episodes that span his time spent in captivity were largely focused on Walt escaping and then returning to enact his revenge.

In El Camino, we see flashbacks of Jesse being pummeled with water from a hose and forced to dispose of a housemaid that Todd killed. The Breaking Bad universe expands a bit more in the film as we find out how a man named Neil of Kandy Mobile Welding helped construct the chained contraption used to keep Jesse captive but able to move around to cook meth. Jesse was even forced to run back and forth to test the durability of the chain, leaving scars all over his body. Another gang member, Kenny, told Neil they had trouble with Jesse escaping before, revealing that this happened sometime between the events of “Ozymandias” and the finale episode titled “Felina.”

Walt and Jesse No Longer Exist 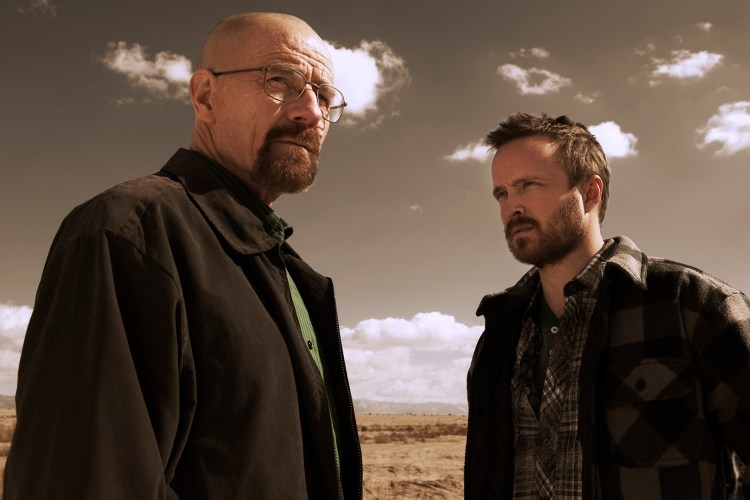 We saw Walt sprawled on the floor bleeding out from a gunshot he set in motion, as the police came bursting in for the final scene from the Breaking Bad series. Yet many of us held out hope that everyone's favorite neighborhood meth kingpin would reappear in El Camino. He does—but in a flashback—after Jesse learns from the news on television that his teacher-turned-partner-turned-dictator-turned-liberator is, in fact, one of the deceased. This confirms without a doubt that from here on out, the Breaking Bad universe no longer includes Walt.

Jesse’s “death” is a bit more complicated. Using money from Todd’s fridge, Jesse relocates to Alaska with a new identity that vacuum shop owner Ed Galbraith (played by the late Robert Forster) helps him obtain. Ed also helped Jesse and Walt’s lawyer, Saul Goodman, relocate, as well as Walt temporarily, in the final season of Breaking Bad. We see Jesse stuffed in a coffin-sized compartment in Ed’s truck, a callback to how Ed transported Walt to New Hampshire in the barrel of a propane truck in the penultimate episode of Breaking Bad. As the film ends, Jesse rides off to Alaska as Mr. Driscoll.

Mike Is Why Jesse Is in Alaska 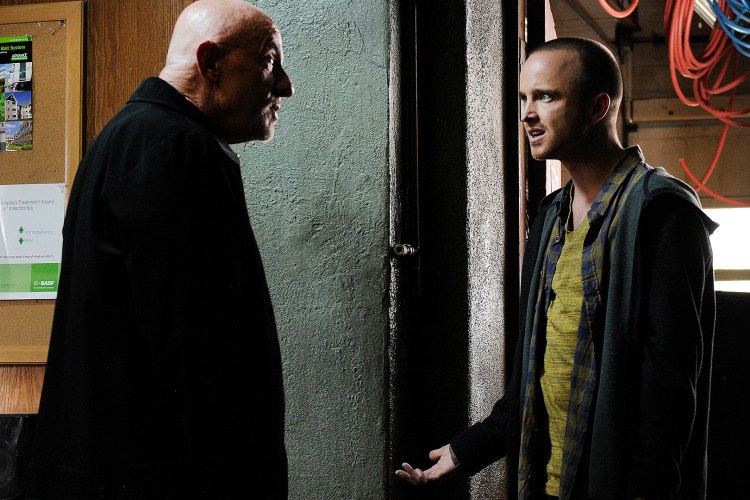 The film starts with Jesse and Mike overlooking a riverbank as Jesse tells Mike he’s getting out of the drug business and planning to restart his life. When he asks Mike where he’d go if he were him and able to restart his life, the stoic former cop reveals he’d go to Alaska because “it’s the last frontier … you can be whoever you want.” Not only does that explain Jesse’s desire to head to Alaska at the end of the film but also why Jesse told Saul he wanted to relocate to go to Alaska in episode 11 (“Confessions”) of the final Breaking Bad season.

Since Mike is killed by Walt five episodes earlier in that season in the “Say My Name” episode, Jesse and Mike’s conversation probably occurred in the sixth episode (“Buyout”). Another Easter egg from that episode is that the riverbank scenery is eerily familiar to the location where Mike’s body collapsed after Walt shot him, a callback that reinforces the notion that in the Breaking Bad universe, freedom and death are two sides of the same coin.

Walt (played by Bryan Cranston) reappears in El Camino in a flashback to a diner scene with Jesse. The old RV they used as a meth lab is seen in the parking lot, and Jesse makes an unusual bribe to a waiter to leave the entire pitcher of water before repeatedly telling Walt to stay hydrated. For the Breaking Bad fanatic, those are obvious allusions to the ninth episode of the second season titled “4 Days Out,” in which Jesse and Walt are stranded in the blazing desert heat with barely any water after the RV battery dies as they’re in the middle of an extensive meth cooking session.

Walt eventually gets the RV battery to work, and Jesse drops Walt off at the airport in order to trick his wife, Skyler, into thinking he was returning from a trip. The scene in El Camino happens in between the time they fix the RV and when Jesse drops Walter off. In the scene, we discover that Walt doesn’t remember he was onstage when Jesse was handed his high school diploma, either a result of the dehydration or Walt’s myopic view of Jesse as a perpetual fuck-up. We also learn this is when Walt first asks Jesse about finding one big buyer to purchase their $1.3 million worth of meth instead of Jesse’s piecemeal distribution on the streets.

One simple conversation at a diner set in motion the events that would change the entire ‘Breaking Bad’ world, and we had no idea about it until this new film.

That suggestion eventually leads to Walt and Jesse connecting with drug emperor Gus Fring. That relationship expanded Jesse and Walt’s small operation to international levels and helped create Walt’s Heisenberg identity. One simple conversation at a diner set in motion the events that would change the entire Breaking Bad world, and we had no idea about it until El Camino.

The Saga Lives on with a Child 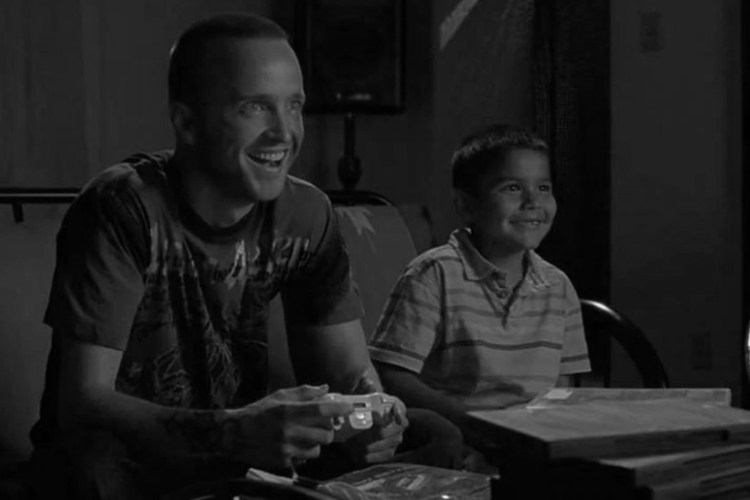 Outside of the few black-and-white future montages of a relocated Saul with a new identity working at a Cinnabon in the Breaking Bad prequel Better Call Saul, the film is the furthest in the future we get in the Breaking Bad world. In one of the final scenes of the movie, before Jesse hits the road toward his new life, he hands Ed a letter he wants him to mail. If you pause and look closely, as I’m sure every Breaking Bad fanatic has, you can see the letter is addressed to someone named Brock Castillo. Castillo is the last name of Jesse’s deceased girlfriend Andrea. Her pre-teen child is Brock.

Jesse either somehow knows where Brock is located after his mother was murdered outside of their home or is hoping he still lives at the same address. If the former is true, it opens the door for the possibility of Jesse returning to reconnect with Brock, a child whose hospitalization played a major role in Jesse not relocating when he first had the chance. The letter also means that Brock is the last person to hear from Jesse in the Breaking Bad universe. What he told him in the letter isn’t revealed, but we can see that Jesse writes a considerable amount. After reading it, Ed asks Jesse if he has anyone else he wants to say goodbye to, implying that the contents of the letter amount to a sort of goodbye. It’s safe to assume, with Jesse’s crimes plastered on the news for Brock to see, Jesse gave Brock an explanation for why he did what he did.

Now the authorities that are almost definitely watching Brock and anyone else Jesse may have had a close relationship with probably will get their hands on the letter. What Brock or they do with the contents going forward is up to them—and hopefully, we’ll witness all this in another movie.