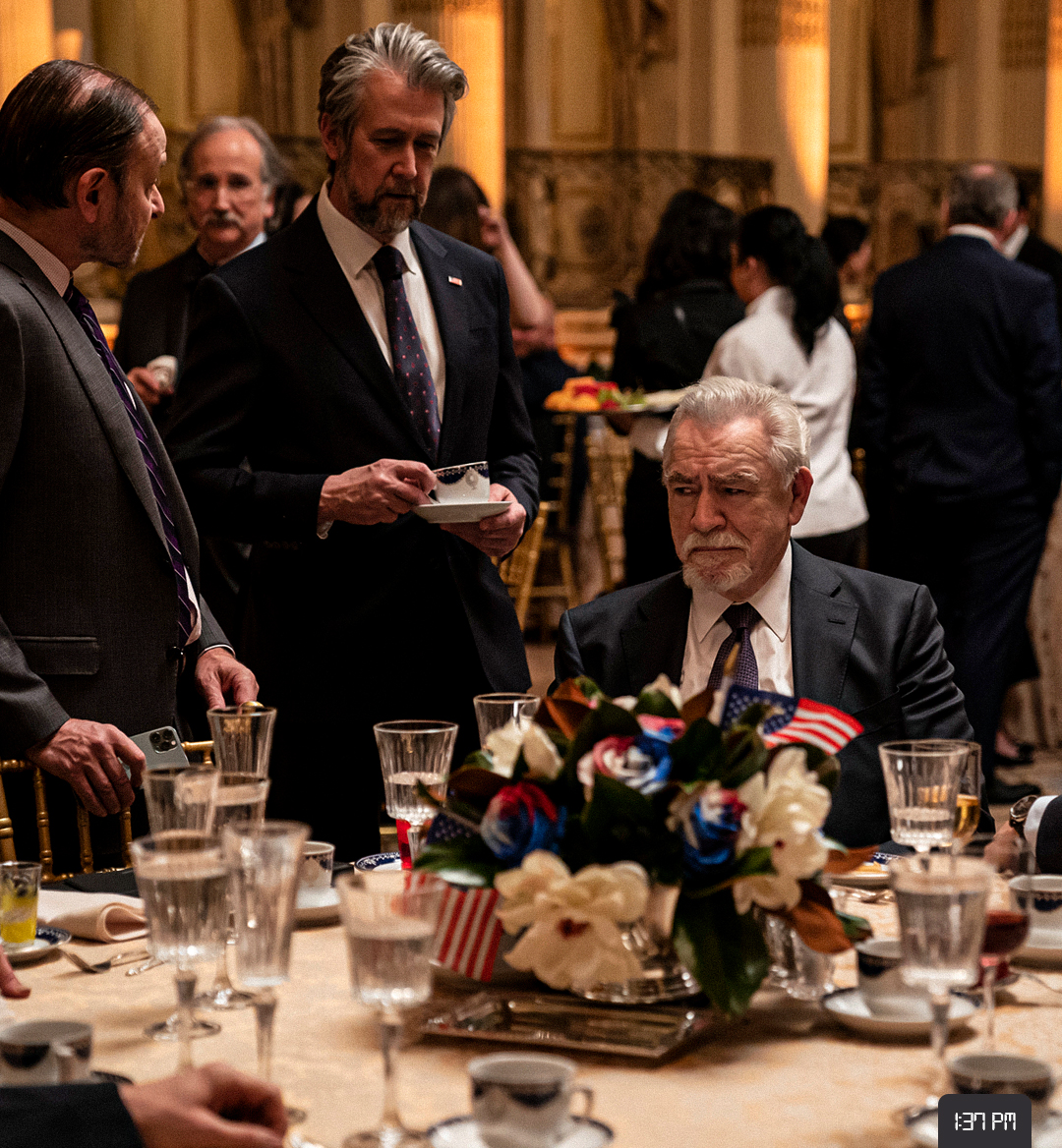 In a strange turn of events, the episode began with the intro instead of leading into it a few minutes in.

Kind of takes away its charm. Oh, well.

Kendall is having a mock deposition with his lawyer, Lisa Arthur, ahead of their real deposition with the Department of Justice but is being extremely dismissive of the entire thing. Afterward, Arthur lets him know that Waystar has decided to cooperate with the government and will be conducting their own thorough investigation, thus making them look much better in terms of optics. 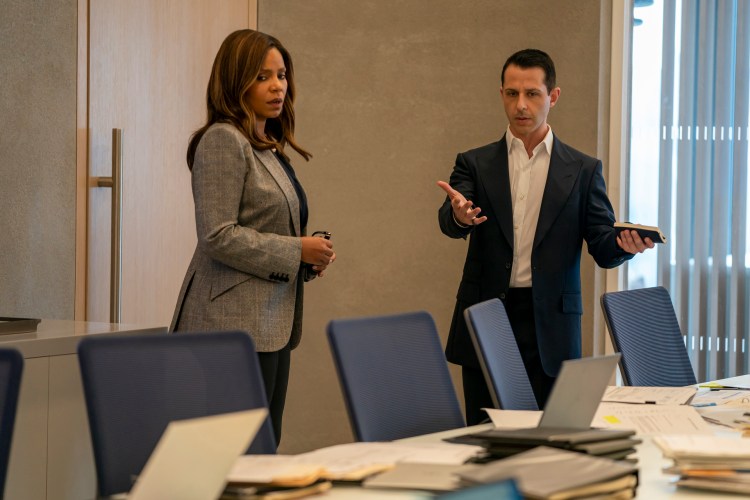 The Waystar crew is headed to the Future Freedom Summit in Virginia, designed to "unofficially" pick the Republican nominee for president now that the current president has decided to drop out. The three candidates being considered are the current Vice President, Dave Boyer, and two other politicians, Jeryd Mencken and Rick Salgado.

On the plane ride over, Greg sends a text to Kendall (following a string of unanswered texts) regarding their last conversation about the possibility of him burning Greg: "Hey dude. Hope ur good. Just checking in. Any update on the burning?"

Logan—very quietly—walks to the center of the plane for a quick call to action, but not before Roman emphasizes how he misses his father's medical boot: "I miss the big boot. At least you could hear him coming." Logan wants everyone on the team to start pushing the anti-tech narrative because they're gaining too much power in relation to Waystar and ATN. 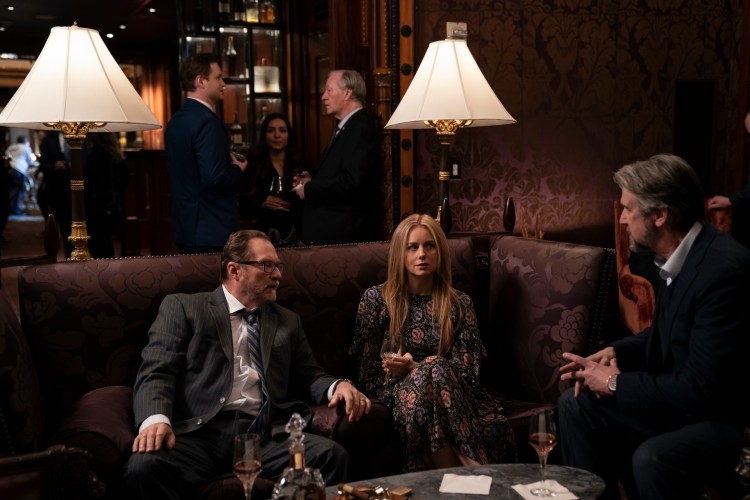 Almost immediately upon arriving at the summit, Connor starts schmoozing with the other attendees, given that he still considers himself a contender for president. He brought Willa along with him, who's clearly annoyed about being there instead of having time to write another (poor-performing) play. She then decides to write the play on her phone.

Veering off the topic of choosing the next president, Roman finds himself in a conversation with a stranger who tells him that his mother is getting remarried to Peter Munion, of which he knew nothing about. Given this new information, he runs to Shiv, who was also unaware. They decide to call Kendall on the assumption that he was hiding it from them, but he knows nothing of the matter. He also finds the phone call as another opportunity to be obnoxious towards his siblings.

Greg pulls Tom aside to both ask him advice and tell him about Kendall's plan to burn him. He mentions how he can't stop obsessing over going to prison, and Tom is extremely understanding of Greg's situation, given that he's in the same (though probably much worse) boat.

Back at their hotel room, Shiv and Tom drink some disgusting, earthy wine, but not before Tom brings up how the prison he was planning on attending is now full. Shiv is pretty dismissive of Tom, having had as much of the prison talk as she can take.

Still at the summit, Roman is googling photos of Munion at the bar when Mencken walks up to him and strikes up a conversation. The two end up getting along fairly well, with Mencken wrapping up their chat by asking who will be taking over Waystar after Logan steps aside. Roman claims that there will be no takeover, but Mencken believes that he's just "sticking to the line."

Unable to sleep, Tom calls Greg to get a meal at the local diner in preparation for what their meals will taste like in prison.

Concerning their omelets, Tom adds that "it won't taste as good as this either. You have to take off 30 to 50 percent of the taste." But more important than their meal, Greg asks Tom if he'd be willing to take on his charges since he's likely already going to prison, to which Tom actually agrees.

Though we only see a tiny snippet of Kendall's deposition, it's clear by his demeanor that things didn't go as well as he'd expected. But when Arthur tells Kendall that he "did fine," he loses his temper and starts yelling about the DOJ's real plan while the counselors who deposed him are standing just down the hallway. Taking him aside, Arthur gets serious with Kendall about his performance and his mistakes in the deposition. 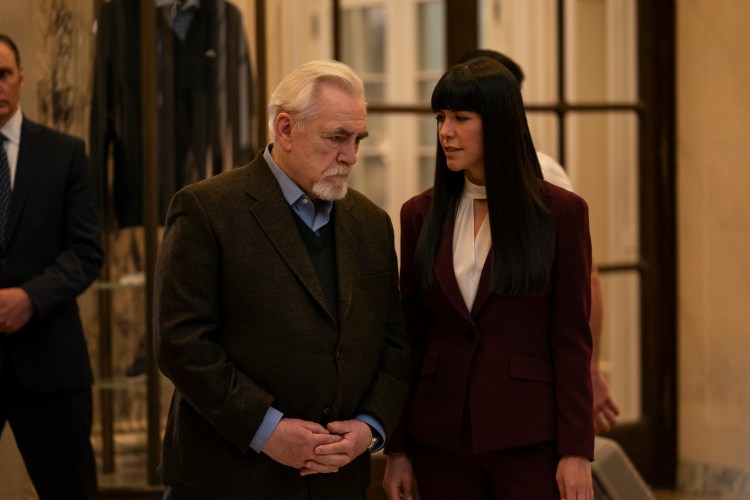 In a conversation with Boyer, he mentions to Logan that he wants to control tech as well, but even though this aligns with Logan's thoughts, it doesn't work in the vice president's favor. Instead, Logan confronts him about a rumor he heard: the Deputy Attorney General has a dartboard with his face on it, though the VP believes it's just a rumor.

Shiv talks with Salgado, who wants her to help him get on Logan's side to secure the nomination, and he has a plan: if she helps him, he'll make sure that once he's in office, Shiv will be the CEO of Waytsar. She gets a good feeling from Salgado during this chat and agrees to the plan.

In the middle of the summit floor, the three candidates start talking (and then promptly arguing) about various policies. Standing by, Shiv jumps in and calls Boyer and Mencken out. Eventually, Mencken says "F*** ATN" and goes on a negative rant about Logan, even though Logan is within earshot to hear it all. He ends his rant by saying, "Logan Roy was an icon, but he's no longer relevant."

Back at his hotel room, Logan holds a meeting with his children and team, wanting to know who they're pulling for within the candidates. Unsurprisingly, Connor is on Team Connor, while Roman is pushing for Mencken. Shiv still wants Logan to vote with the Democrats, but since that doesn't seem like an option, she's going with Salgado, along with Tom. 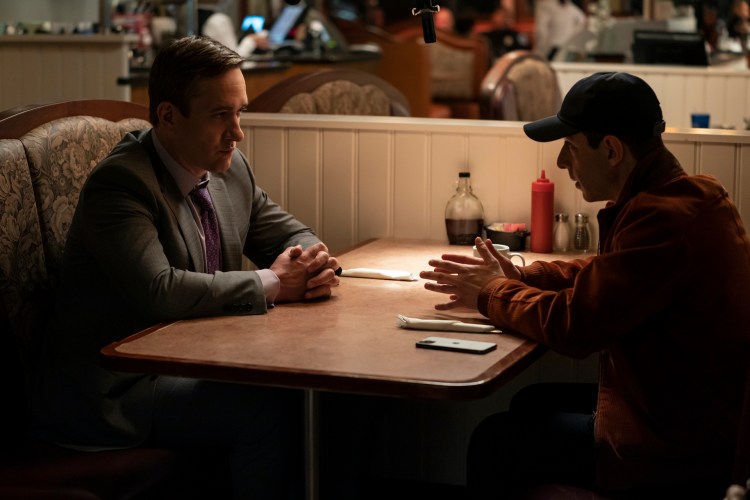 In the middle of their gathering, Tom gets a call from Kendall to meet up at the diner. At their meeting, Kendall tells Tom that he can get him out of his possibly-prison situation if he implicates Logan in the DOJ case; this helps out Kendall because it fills in the gaps of his poor performance at the DOJ deposition. If Tom does decide to cooperate, he'll be granted full immunity, thus avoiding the prison nightmare that he's been dreading all this time.

Kendall finally asks if he'll go along with the plan, and Tom says that he'll think about it, but Kendall pushes back and insinuates that Shiv might not be waiting for him when he gets out of prison. In response, Tom states that he'll be sticking with Logan because—given the amount of time he has spent with the family—he believes that Kendall is "going to get fu**ed" and that he's "never seen Logan get fu**ed once." Just as Tom is walking away, Kendall starts taking pictures of him on his phone. 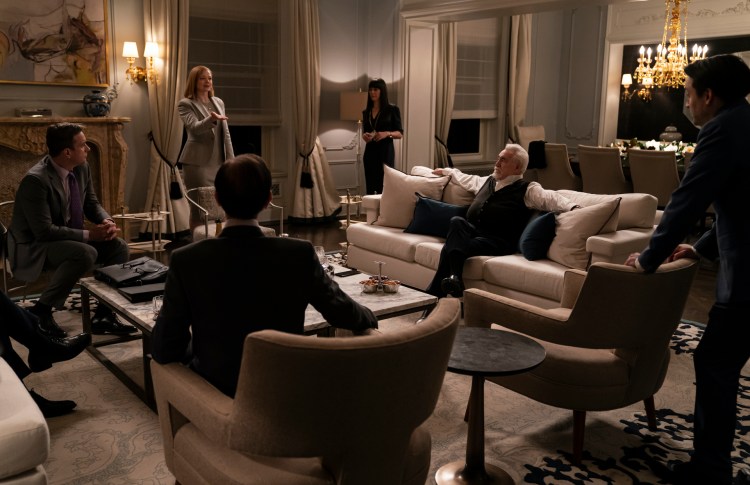 Still arguing about who should get the nomination, Logan gets on the phone with Boyer and asks him to stop by—and to bring him a Coke. Although he doesn't end up bringing the Coke, Boyer and the team have a discussion about tech and other issues, which seemed pretty neutral overall.

Roman hangs out with Mencken in the bathroom, where Roman basically asks if he's a fascist. The two bond not over anything in particular, but in a way that their personalities just mesh well together. Roman finally says that Mencken needs ATN on his side, and Mencken rebuts by saying that they could use him.

Going back into the hotel suite for a meeting with Logan, Mencken brings a can of Coke, opens it, places it right in front of Logan, and then leaves. Although Shiv tries to make a case that the climate around Mencken is no good, Logan disagrees, claiming that he's a "climate denier," and thus endorsing Mencken. The next morning, Logan's assistant tells him that Ron Petkus (the organizer of the summit) has confirmed that he's backing Mencken, which all but secures the nomination for him.

Logan calls Shiv over to take a photo with Mencken and the team, given their new support. At first, Shiv absolutely refuses to take the photo, but when Logan demands that she get in the photo and asks her if she's part of the family or not, she reluctantly agrees—but only if she can stand nowhere near him.

Answering Musician's Questions on the Monday To Monday Podcast