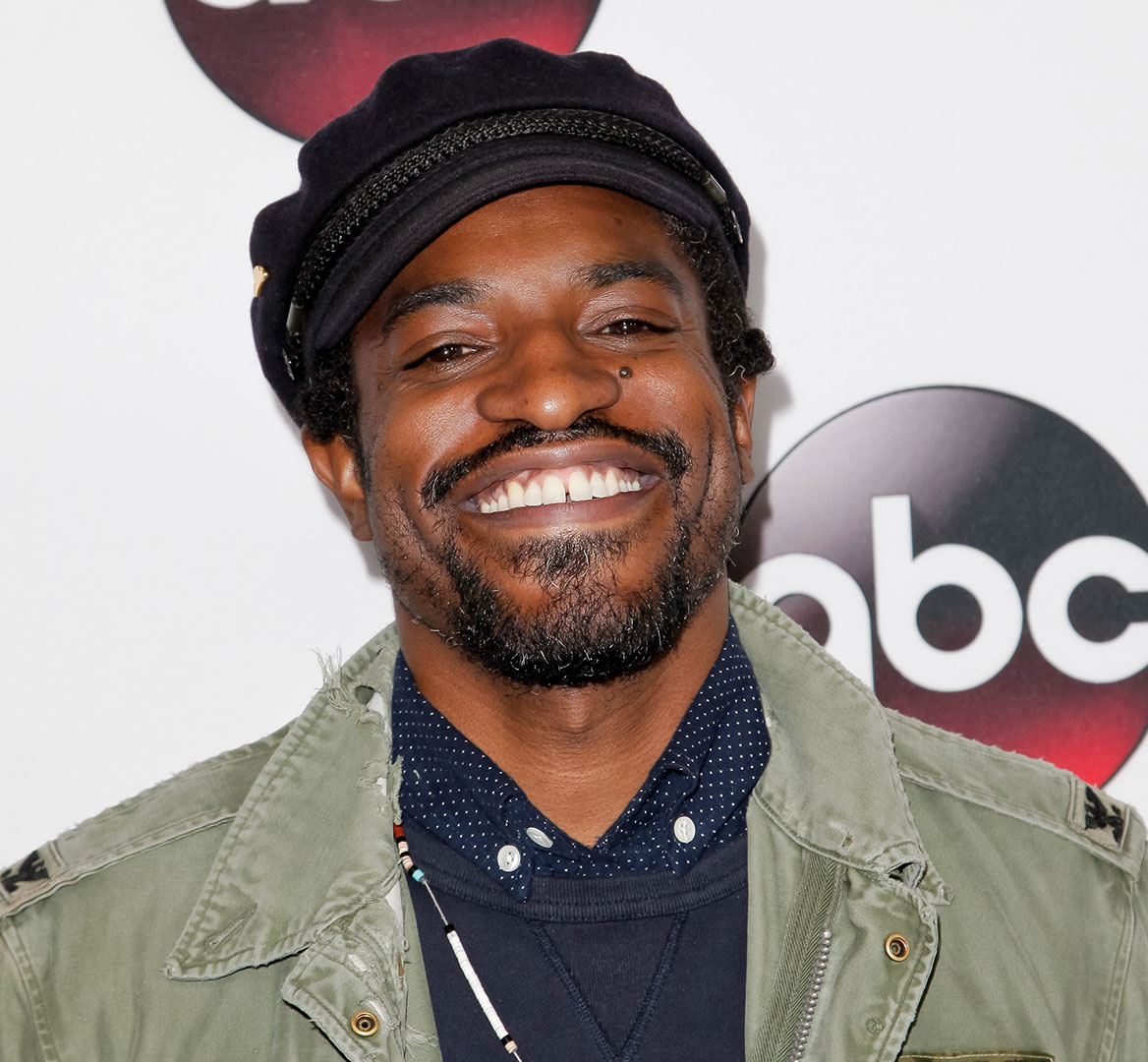 Although Hip-Hop fans know him as one of the greatest rappers to ever grace a microphone, it took more than just being an MC for André 3000 to amass his estimated net worth of $45 million. Despite his reputation for being a recluse and mysterious figure that avoids the public eye, 3 Stacks has a portfolio that rivals any rapper out today in terms of his variety of ventures. So how exactly did he do it?

Even today’s music fans that missed the early 2000s era will probably know OutKast for "Hey Ya!", "Ms. Jackson", "Roses" and some of their other notable hits. These transitioned to the mainstream audience incredibly well, so much so that André and Big Boi’s 2003 double-disc album Speakerboxxx/The Love Below has sold more than 11 million copies to date. When you go on the internet to find out more about what artists make per album sale or for a platinum album etc., you’ll find that it depends on their specific contracts and that it’s not as much as people might think after expenses like recouping the advance, paying songwriters and producers, etc. are considered. But for argument’s sake, even assuming that André and Big Boi made just 50 cents each off of each copy sold makes you realize the commercial and financial success that their music brought them. With that being said, it's estimated that 3000 made close to a $1 million on Outkasts' debut album Southernplayalisticadillacmuzik. The groups following two albums ATLiens and Aquemini reportedly earned Dré close to $2 million. Stankonia brought in close to $5 million, while Speakerboxxx/The Love Below ranked in a smooth $11 million as mentioned earlier. 3000 continues to earn revenue through streaming, radio plays, and even dedicated Outkast fans that still make it a point buy the hardcopies of their albums. 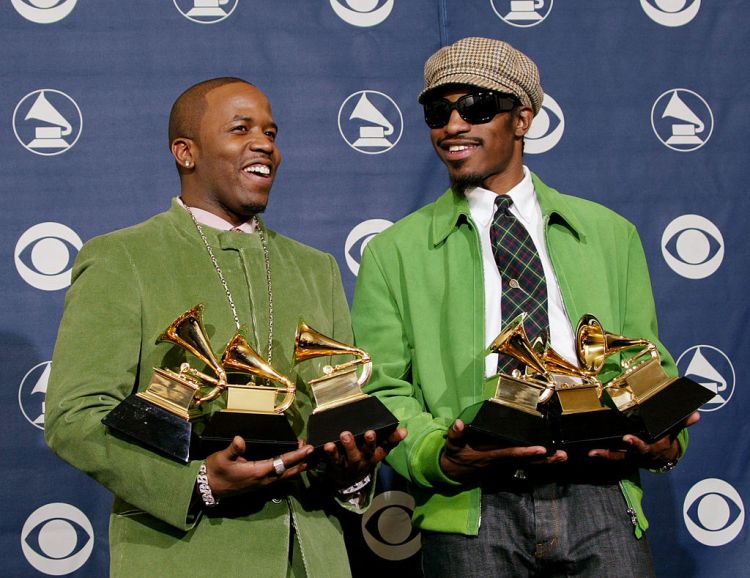 Dré is considered a notorious non-touring act, suffering from social anxiety and famously, he pulled out of a 2006 tour with Big Boi to focus on acting (which we’ll get to later on). In 2012 on his feature on T.I.’s appropriately titled "Sorry", he apologized to his former Rap partner for “fucking up the tours”. He raps “I hated all the attention so I ran from it… you know I ain’t never cared ‘bout no damn money”. Touring is the biggest source of income for any artist, so it’s incredible and commendable that 3 Stacks walked away from money for his own artistic choice and/or mental health. But just how much money was he walking away from?

In an interview with HOT 97 shortly after that song came out, Big Boi said “I don’t get it, like, apologize for being awkward at shows? Nah, apologize for turning down a million dollars a night!” before laughing. It was in jest and the pair have insisted that they have remained friends throughout the years, but we can take a lot from that comment. Around the time that they released Idlewild in ’06, the pair were grossing $1 million for a show, an amount comparable with only the biggest artists today. For comparison’s sake, on his Club Paradise Tour in 2012 when he was already a star, Drake was earning half of that. Anyway, despite Dré’s recent reputation, in 2014 the pair did reunite for a series of shows at festivals. In terms of the show, they received mixed reviews, but there’s no doubt that it was healthy for 3 Stack’s pockets if nothing else.

How André 3000 made money outside of music: 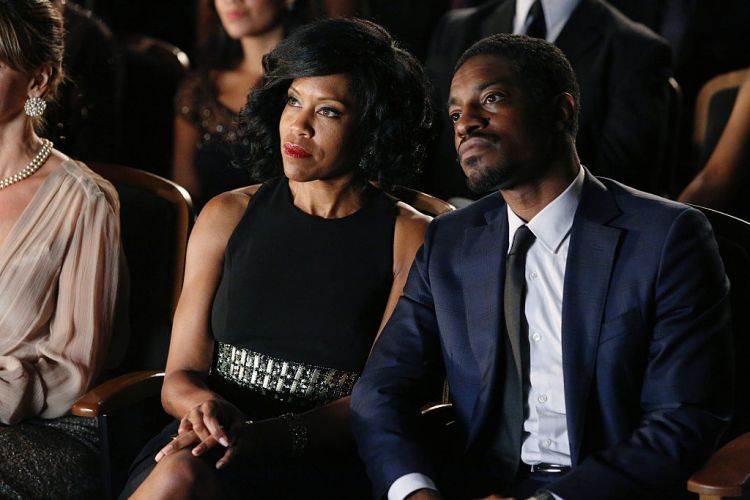 André has had his fair share of success outside of the music industry too. His aforementioned acting career has led him to star in over a dozen films, a few of which he is a leading cast member for. Perhaps most notably, in 2013 he played the legendary Jimi Hendrix in the biographical drama Jimi: All Is By My Side. The budget for the film was $5 million and it’s safe to assume that 3 Stacks’ money came from an upfront payment of a few hundred thousand dollars. But before that in 2008, he appeared alongside Will Ferrell and Woody Harrelson for Semi-Pro which had a budget of a whopping $55 million. Another film André starred in had a budget of $8 million. Appearances in films and television show such as Four Brothers, The Shield, and Revolver, have also helped to increase 3 stacks net worth. While his official salaries have never been made public, Dré is very strategic with him film choices, only selecting projects that he feels can dominate at the box office. There’s no doubt that his impressive filmography has been a great addition to his net worth. Aside from acting in movies, famously André 3000 also appeared as a Gillette spokesperson for a long time in commercials that aired worldwide, another endorsement that’s hard to pull off for most.

An underrated source of income for a lot of entertainers is voice acting. Animated films/television shows have the potential to bring in just as much if not more money than "regular acting." For example, Eddie Murphy has made more from the Shrek series, than other films in his career. André 3000 is yet another example of that. in 2006, Dré debuted his animated musical series Class of 3000 on Cartoon Network, where 3000 voiced the character of music superstar and teacher Sunny Bridges. The show aired for two seasons, and received positive reviews from both fans and critics.

Throughout his career, André’s fashion choices have been a topic of conversations amongst fans and critics alike. “What’s up with André? Is he in a cult? Is he on drugs? Is he gay?” 3 Stacks rapped on ‘Return Of The “G”’, mimicking the gossip surrounding the Atlanta MC in the late 1990s. But in 2008, it culminated with the launching of a clothing line called Benjamin Bixby. Although a lot of fans see this as a successful venture, 3000 actually talked about empathizing with Kanye’s infamous Sway In The Morning rant when he admitted that he lost millions of dollars with the line. However, it did give him valuable experience when producing merchandise, as collaborators described André as being very hands on with the project. On that same OutKast tour in 2014, the rapper wore different jumpsuits with different messages on like “art or fart?” and “have you stopped growing?” He said they were just his thoughts, but they caught the eye of many and got him a lot of attention, so he produced t-shirts with those same messages on them.

Don’t be fooled by how quiet he’s been for the latter part of his career, André Benjamin is doing just fine. Although we want a solo album from him, his net worth of $45 million means that he really doesn’t have to do anything for a long while.