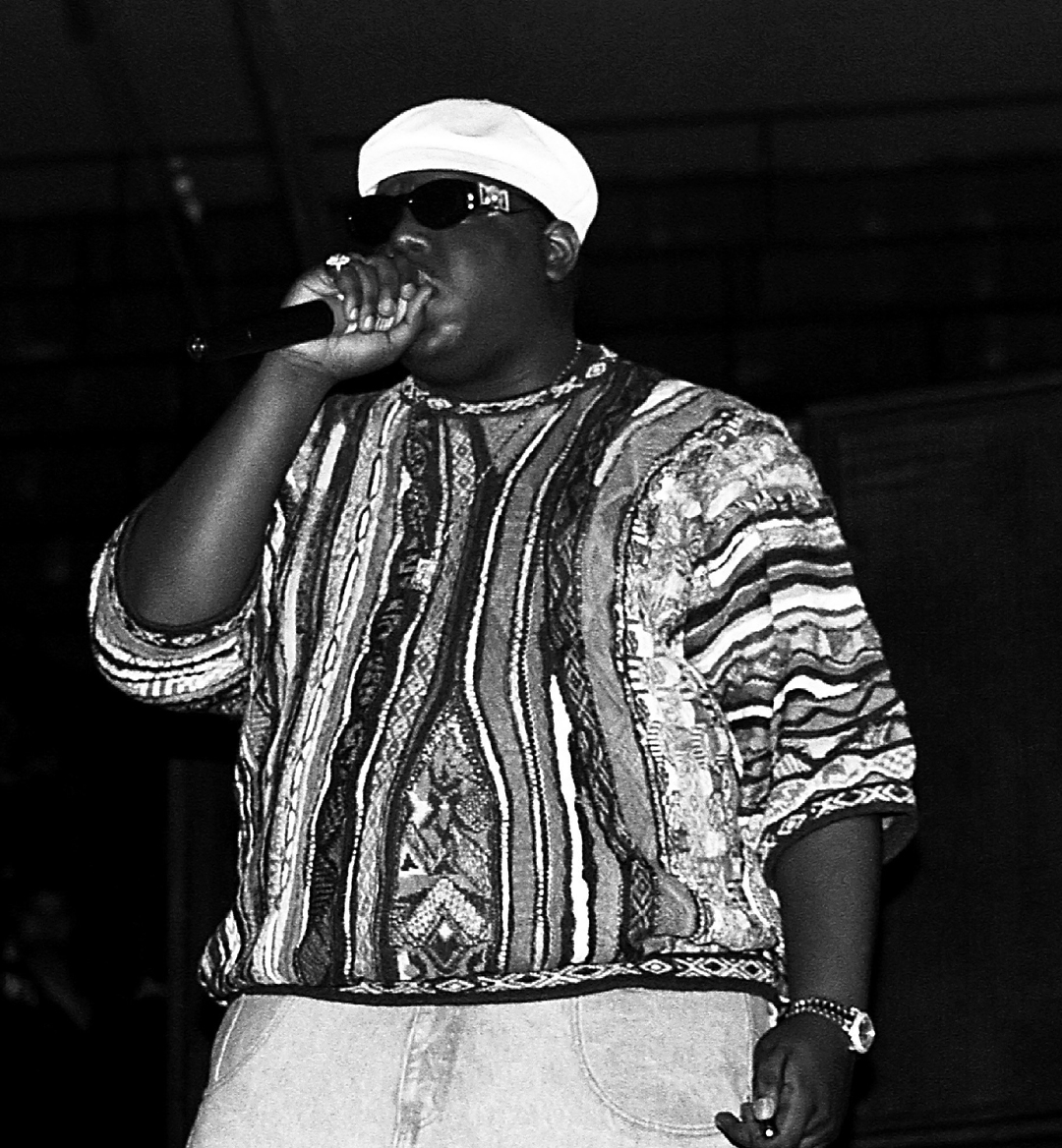 “It was all a dream, I used to read Word Up! magazine/Salt-n-Pepa and Heavy D up in the limousine/Hangin’ pictures on my wall/Every Saturday Rap Attack, Mr. Magic, Marley Marl.”

How could you not know the lyrics to one of the most inspirational, coming of age themed rap songs of all time? The way Christopher Wallace aka “The Notorious B.I.G.” eloquently described his rise to hip-hop stardom was masterful and simply unforgettable. When Biggie Smalls existed on this Earth in physical form, he blessed our ears with two solo albums that showcased his mastery of the microphone. He exuded a different type of swag, instilled confidence in all the fellas that looked just like him, and came hard on every song he starred on. We lost the Notorious B.I.G. far too soon, but his family, friends, and fans have done an incredible job of making sure his memory is never forgotten.

We’re going to aid in those commendable efforts and take a look at all the LPs that were graced by Biggie Small’s presence. From the albums he recorded while he was still here right on up to his posthumous efforts, these are all of the Notorious B.I.G. albums ranked from weakest to strongest.

After dropping his debut album for the world at large, Biggie chose to link up with his ensemble of fellow MCs to offer up this collaborative effort. That LP is the Junior M.A.F.I.A. project known as Conspiracy. To be quite honest, this album hasn't really aged all that well. The production featured on the majority of it screams “generic mid-90s boom bap fare” and the bars aren’t particularly memorable. There’s a few undeniable hits on this album, though - “Player’s Anthem,” “Get Money,” and “Lyrical Wizardry” have definite replay value. As for the rest of this LP, Conspiracy just doesn't hold up in this day and age. And judging by the reviews that came out for it at the time of its release, a lot of critics weren’t too fond of it either.

Faith Evans’s soulful vocals and Biggie’s smooth cadence when it comes to rapping prove to be the perfect match. This posthumous collaboration LP brings the two together for an album that has a few gems worth mentioning. “A Billion” offers a rousing solo from Faith herself, while “Legacy” delivers a soothing vibe that kicks off the album on a very strong note. Then there’s a bunch of other solid tunes littered throughout the rest of this album’s tracklist - “Can’t Get Enough,” “Tryna Get By,” “The Reason,” and “I Don’t Want It” are supremely strong efforts. The one thing holding this album back from being great is the overstuffed feeling it produces due to it featuring 25 songs in total. And sadly, a lot of those songs feel like filler and should have been left on the cutting room floor. The King & I is still a recommendable effort from Faith and Biggie, but it doesn't truly excel as a full playthrough.

Biggie’s first posthumous compilation album isn’t well remembered by many, which is a crime. Born Again has a couple of songs on it that are still held up as some of B.I.G.’s best songs from his storied catalog. “Notorious B.I.G.,” “Dead Wrong,” “Dangerous MCs,” and “Biggie” still have a ton of replay value. Some of the harder cuts on this album feature some surprising guest stars, such as Redman, Sadat X of Brand Nubian fame, Snoop Dogg, etc. “Who Shot Ya” is on this project, which should let you know how much of a forgotten gem this is. The more party-friendly songs on this album are the weakest efforts on it, however. And the beats that accompany those tracks are nothing but ear sewage, sadly. It’s hard to be upset with Born Again when you have quality Bad Boy group efforts like “Let Me Get Down” and “If I Should Die Before I Wake” on it, though.

Biggie’s second posthumous effort features a who’s who of hip-hop and R&B legends strewn all over it. And for the most part, they match up with Biggie’s archived verses quite well. “Spit Your Game,” “Whatchu Want,” “1970 Somethin,”, and “Get Your Grind On” are fiery rap-a-thon clinics. The main party-ready joint (“Nasty Girl”) still rings off in the club and at random weddings. The Bob Marley collab (“Hold Ya Head”) is the type of track that the world never thought they’d even get to hear - thankfully, Duets: The Final Chapter makes that dream music scenario a reality. This album is a bit stuffed, which means a few songs here and there feel like total wastes. But the good far outweighs the bad here, so there’s a lot to love from this Biggie collab compilation.

Just a few weeks after the tragic passing of B.I.G.'s death, the world was treated to his second album. And man, what a hell of a follow-up it is. Life After Death is one of the few hip-hop double albums that’s a lot better than you’d expect. “Hypnotize,” “Kick In The Door,” “I Love the Dough,” and “What’s Beef” are just some of the songs on this massive project that hit on all cylinders. A good majority of this LP provides an easy listen thanks to some amazing beats, quality collabs, and classic Biggie bars. “Sky’s the Limit,” “Ten Crack Commandments,” and “Sky’s the Limit” make up the second half of this project and do an awesome job of keeping the good streak of songs going. There are a few weaker tracks on this project, which should be expected since it’s a double album. But once you reach the end of Life After Death, you’ll be left satisfied and a bit depressed when you start to ponder about what would have come from Biggie if he was still with us.

Ready to Die is considered hip-hop royalty by many - its cover is the very definition of paradigmatic and the songs that make up its tracklist are considered homework for anyone looking to research the very best of the genre. Biggie came into the game like a force to be reckoned with as evidenced by the wealth of quality material he dropped on this album. “Things Done Changed,” “Gimme the Loot, “Machine Gun Funk,” and “Warning” hit hard and leave an indelible mark on anyone that jams out to them. Then there are iconic songs featured on here, such as “Juicy,” “Big Poppa,” “Unbelievable,” and “Respect.” Ready to Die is the type of exclamation point that all rappers should hope to attain with their first major studio effort. Biggie’s greatness was solidified from the very beginning thanks to this amazing debut album.