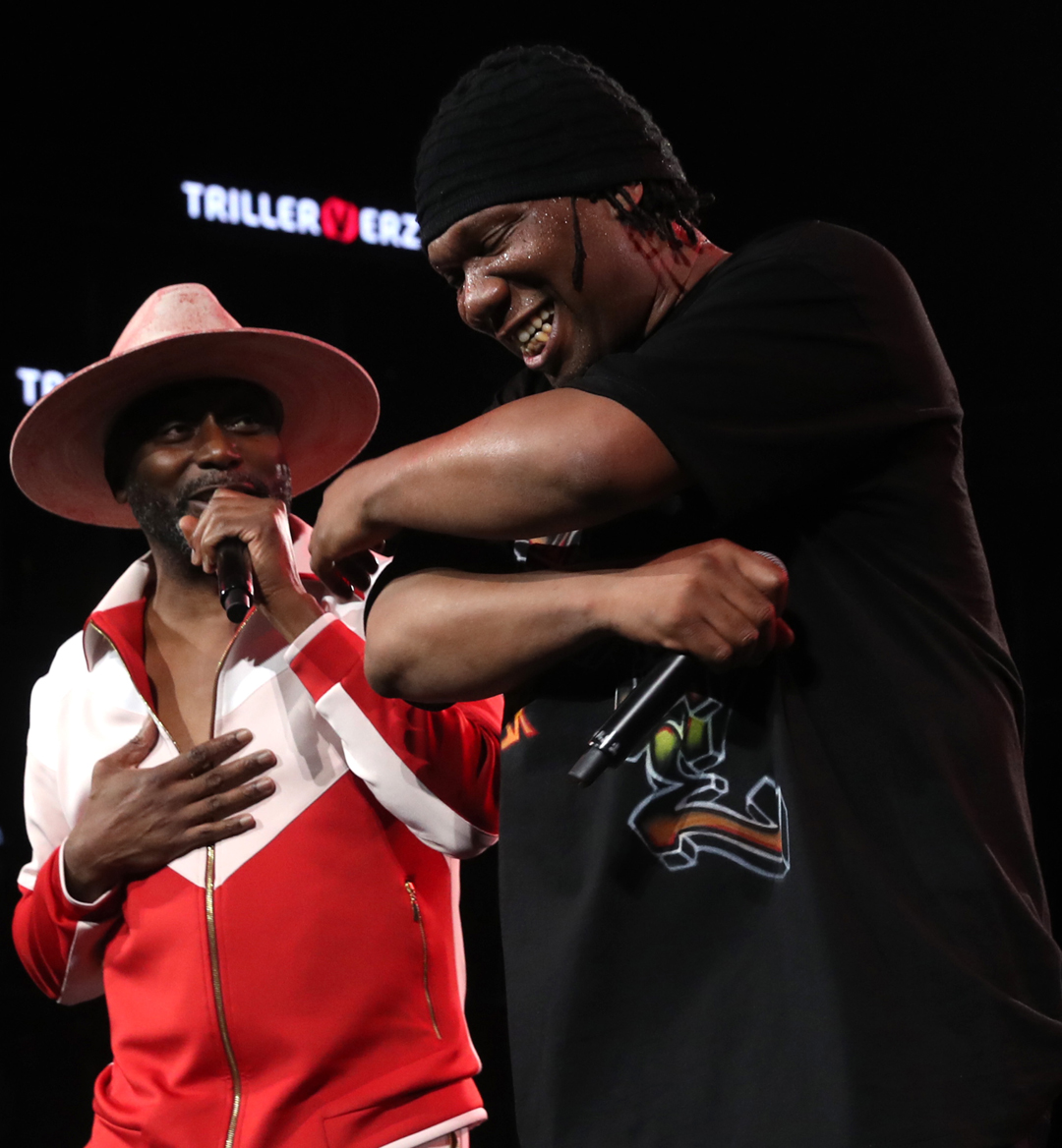 On Sunday night (Oct. 17th), Verzuz held what was easily its most iconic showdown between a pair of hip hop’s most legendary MCs in Big Daddy Kane and KRS One at the Barclays Center in Brooklyn, NY. For over two hours, both artists not only performed their greatest hits but put on one heck of a show which included top-notch crowd control, freestyling, and a bunch of special guests that included Roxanne Shante, Das EFX, Eric B, Nice & Smooth, Kool DJ Red Alert, and Rock Steady Crew’s Crazy Legs.

From the moment those of us in attendance walked inside Barclays, the vibe was immediately known—we were going to witness hip-hop in its purest form. The first performances on Sunday night came from the DJs. DJ Scratch, a three-time Grammy winner and who was Kane’s DJ for the Verzuz, hosted a resident DJ competition where the winner would not only receive one million dollars but the chance to become Verzuz’s in-house DJ for one year.

Once that concluded, Scratch rocked the crowd with a tribute to NYC’s hip-hop scene during the “Golden Age” of hip-hop. The Barclays crowd responded by getting on its feet, enthusiastically rapping and singing every lyric, and kept it that way the entire time. It was an energy that even propelled the legendary DJ Kid Capri’s performance when he joined Scratch on stage as he was set to spin for KRS. 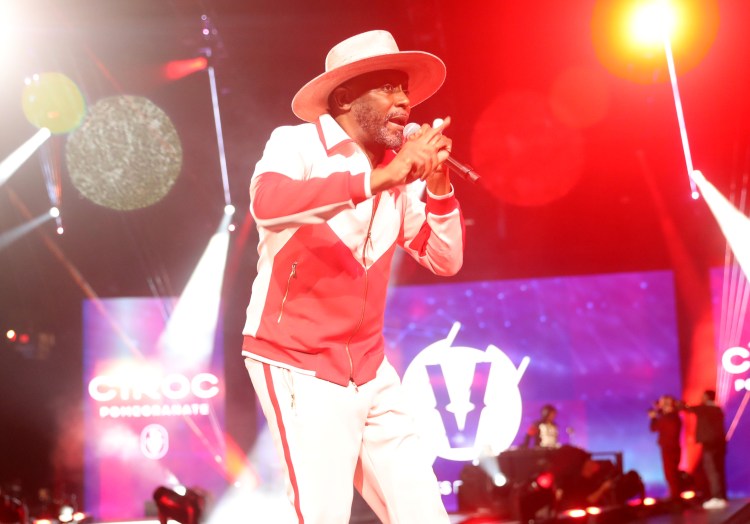 Looking upon the crowd, you realized you weren’t at your average hip-hop show. While usually attended by a younger demographic for many of today’s acts who are also more youthful (20’s and early 30’s), this crowd was filled with 40 and over fans who’ve been loving hip-hop their entire lives. People not only came dressed to impress, but like previously mentioned, rap and sung every lyric from records played throughout the night, and only took it up a notch when Kane and KRS finally touched the stage.

The pair of “Golden Age” MCs wasted no time getting started after being introduced by the one and only Fat Joe, who competed in Verzuz last month against Ja Rule at Madison Square Garden. For every round, standout records were played (Think “Ain’t No Half Steppin,” “Sound of da Police,” “I’m Still #1”, and “The Bridge Is Over”), both Kane and KRS made sure to prove they had bars.

It didn’t matter if it was acapella or even over a newer beat such as “Sharing Locations” by Meek Mill; Kane and KRS decided to highlight the freestyling element that was so important back in the day and did so with great success. While that was a common occurrence on Sunday night, the surprise guests took this latest Verzuz to another level. Witnessing the likes of Das EFX and Nice & Smooth bring great energy to the stage was an additional jolt to a crowd who couldn’t get enough of it. But what happened between Big Daddy Kane and Roxanne Shante was one of the best moments of the night.

Even though Kane initially brought out the rapper turned Sirius XM radio host to respond to KRS, who just performed his classic 1986 diss record “The Bridge Is Over,” which was aimed at Roxanne and her Juice Crew, the moment would become more significant. In front of everyone, Kane gave Roxanne her flowers as an MC and the “motherly figure” of the Juice Crew, which drew a loud ovation from the crowd inside Barclays. 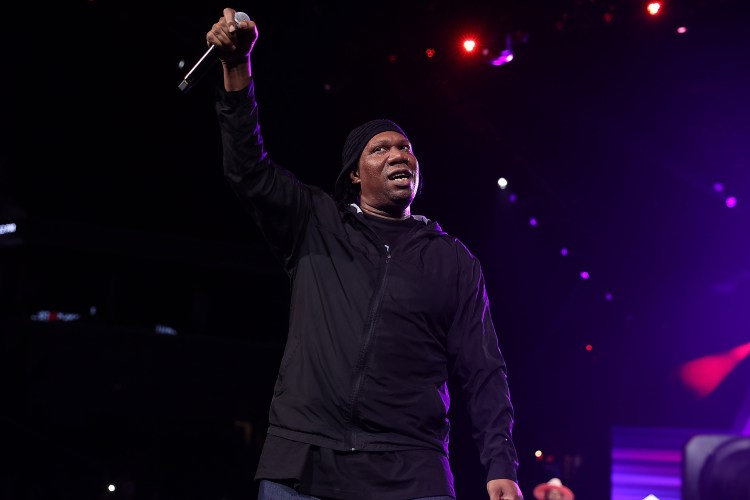 Over the last few years, the act and saying of giving someone their “flowers” have become increasingly popular within hip-hop, and for great reason. Too many times, various people from our culture have come and gone without getting their just due despite what they accomplished. And in the case of Kane and Roxanne, his gesture on Sunday night was not only the right thing to do but also moved viewers to do their research on Roxanne, who have and will recognize how great a talent she was.

As the night came to a close, a reminder from Big Daddy Kane and KRS One came to mind. Hip-hop won on this occasion. Although some viewers will debate who “won,” the message was loud and clear. Hip-hop was again on the biggest stage and didn’t have to readjust its image to get there. In the same way, we’ve recently witnessed the music and its culture grow in live time; the same can be said for Sunday night as traditions of thirty-plus years ago reigned supreme in front of the world.

What we witnessed wasn’t a battle. It was a celebration.