Something special is happening in the country music capital 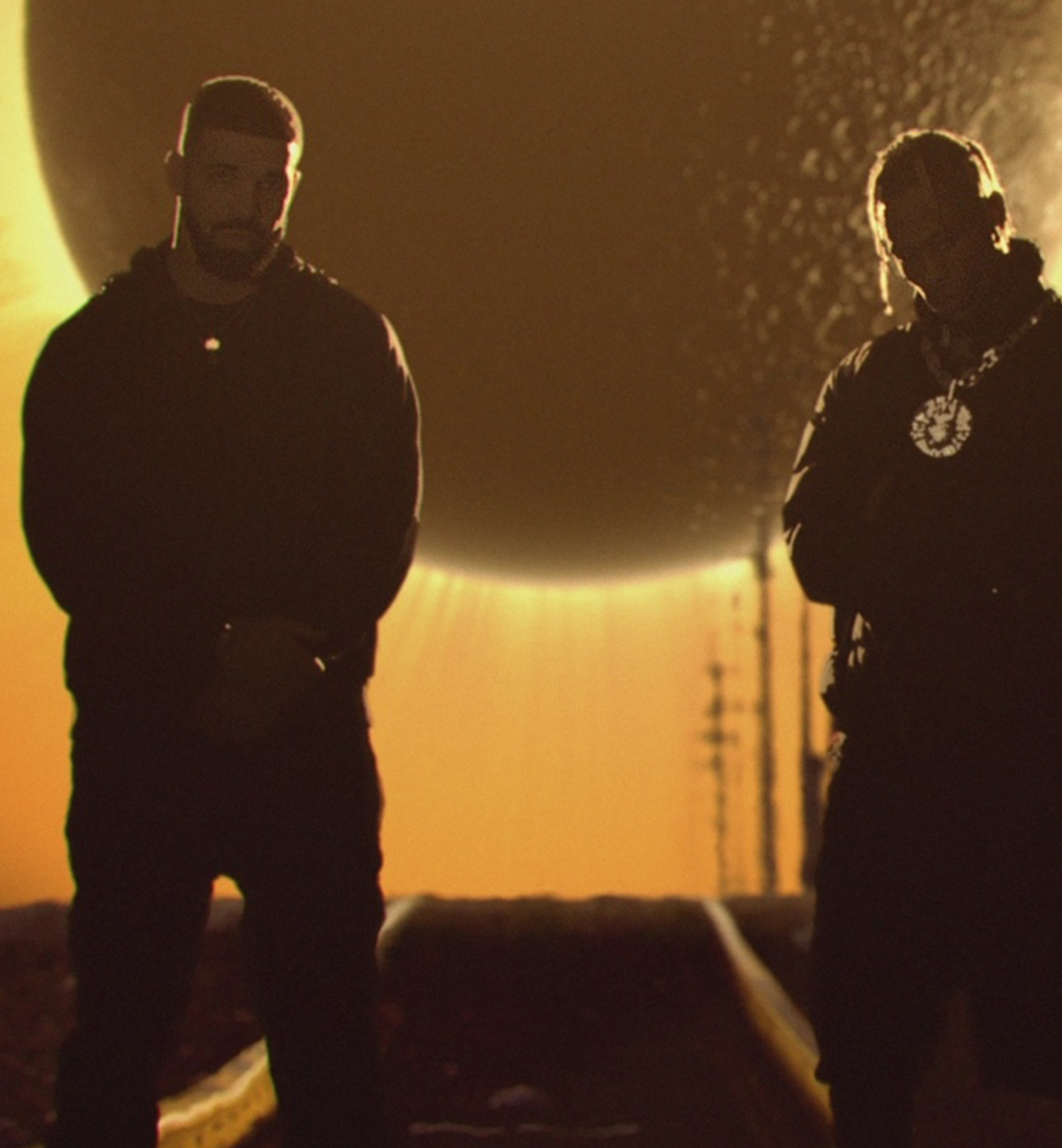 One major connection among these artists who provide the sound track to millions of people’s lives can be summed up in one word: Nashville. In recent years, each artist has worked with musical talent from or connected to Tennessee’s capital to produce or co-write their most popular music.

Two of the biggest rap and R&B records of the past year have connections to the country music capital of the world. Grammy-winning producer and Tennessee native Tay Keith graduated from Nashville’s Middle Tennessee State University in 2018 just as the song he co-produced—Travis Scott and Drake’s “Sicko Mode”—reached the top of Billboard’s Hot 100 singles chart. Four months later, he modernized Frankie Beverly and Maze’s “Before I Let Go” for Beyoncé’s world-stopping Homecoming live album.

Something special is happening in Nashville, so ONE37pm traveled there in August as Red Bull gave the historically underserved local hip-hop and R&B scene its biggest stage for the Underflow showcase at Marathon Music Works. The event featured a triumphant DJ set by Tay Keith, with a lineup and show production curated by two men responsible for sustaining and spreading the Nashville influence around America: Eric Holt and Ron Gilmore Jr.

Gilmore is one of Dreamville Records’ best-kept secrets, producing on every J. Cole, Bas and Ari Lennox project since 2013. Holt cofounded Lovenoise, an independent concert promotion company that grew from a music and poetry event and has brought venerable acts such as John Legend, Questlove, Musiq Soulchild and Macy Gray to an R&B-starved area.

Regardless of how you feel about [country], the recording, production and songwriting of country music are precise. Everything is given attention to detail, and that’s what makes Nashville’s sound different than anywhere else.

At the Underflow event on August 17, that hunger was satiated as hundreds of people from different pockets of Nashville congregated in a cavernous, dimly lit warehouse-turned-music-venue as local acts rapped and sang their hearts out all over a massive plexiglass stage that emitted the brightest lights in the space. After the event, with post-show adrenaline and hometown pride coursing through his body, Gilmore proudly asserted “Any show I’ve done, you can put this show up against it” and that includes J. Cole.

What exactly is the Nashville sound and how do hip-hop and R&B factor into it at all?

Country music is so inextricable of Nashville that the three biggest record labels—Sony Music, Universal Music Group and Warner Music Group—have their country music divisions based there as subsidiary labels bearing the Nashville name. Local hip-hop and R&B acts at the epicenter of all things country music are imbued with the inexplicable yet pervasive Nashville sound.

“We’re in close proximity to country music. Regardless of how you feel about the genre, the recording, production and songwriting of country music are precise,” Gilmore attested. “Everything is given attention to detail, and that’s what makes Nashville’s sound different than anywhere else.”

For Gilmore, the Nashville sound is “music without error,” where the musicianship is so consistently precise that it gives the comforting illusion of perfection. That’s why the Grammy-winning producer wants his lasting legacy to be “taking the Nashville sound and injecting it into hip-hop.” His crusade to spread the Nashville sound has helped transform a prodigal mixtape rapper into a bona fide international touring act—that’s J. Cole. “When you listen to Born Sinner and how amazing that record is, or songs like ‘Rich Niggaz,’ ‘Chaining Day’ or ‘Ville Mentality,’ those are products of me coming up in this system where we don’t fuck up,” Gilmore said. “An album like Born Sinner is Nashville at its finest. That was the most production work I’ve ever done in my life and that remains one of his best albums to this date.”

If anyone exemplified the musical precision of Nashville, it was singer Jamiah Hudson with her stylish background dancers and impressive dance routines that were a perfect fit for that grand stage and the Billboard Top 100 charts. She strutted around singing her blend of R&B and pop with crystal-clear clarity and choreography, eliciting some of the most rapturous applause of the night. Such a dynamic R&B talent exists in Nashville, but a performance of this magnitude was merely a dream for Hudsonnot too long ago.

The Underflow event gave these glimmering fragments of the Nashville sound a platform to potentially influence the larger music scene. In the crowd were record-label executives. Some were noticeably dancing in the back with the lack of rhythm you’d expect from a person who influences the music industry from a plush chair in a boardroom. Rhythmless or not, some of the people who help shape popular music were visibly moved.

“Every artist that was up there was a local artist but looked like a major artist with a major budget doing major things,” Gilmore said. “They looked like you should already know about them.” 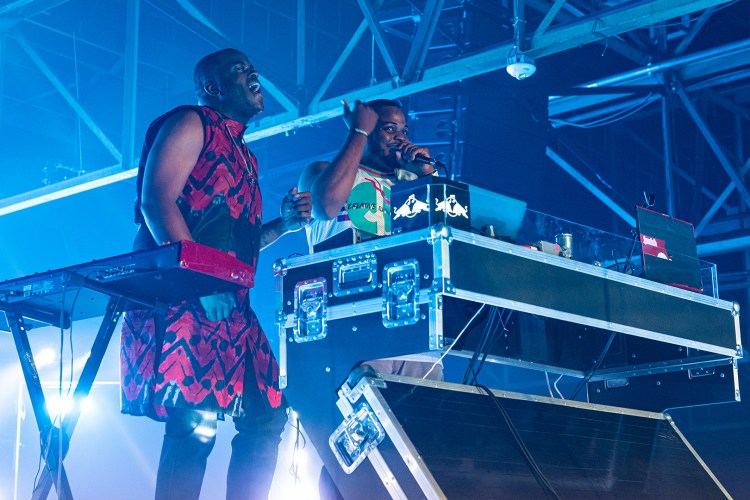 Rapper Tim Gent left very little of the stage untouched by his Yeezy Boost 350s as he stomped around with a commanding voice rapping “Money is second, don’t care what I say” as an intricate series of small spotlights shot from the stage, dancing around the rapper. Nashville’s professionalism may be its identifying sound, but Gent’s music embodies the soulful everyday man, a logical by-product of the rural Americana of Tennessee and hip-hop’s inherent proclivity for self-aggrandizing flair. “The everyday man, but we make it sound cool. We make going to the park and just hooping with your homies sound cool,” Gent said.

Gent remembers going back and forth between Clarksville, Tennessee, and Nashville over the past five years, taking meetings with publishers and agents who weren’t really taking the local rap scene seriously. “To me, this is the end of an era and the beginning of a new one. I feel like this show is going to show everybody that comes here—reps, bystanders, fans—that our talents aren’t on a local level. We can take this anywhere with the proper opportunity provided,” he said.

The game has changed where hip-hop is the top earner. We’re seeing the actualization of hip-hop being pop.

For the first six months of 2019, only four albums were certified gold and platinum by the Recording Industry Association of America. None of those albums were from the country genre, while three were from hip-hop. Only two country albums released in 2018 were certified gold in the same year they were released: Carrie Underwood’s Cry Pretty and Jason Aldean’s Rearview Town. Both were certified gold between August and October 2018, so in back-to-back years, country music didn’t produce a single gold- or platinum-certified album in the first half of the year. “The game has changed where hip-hop is the top earner,” Gilmore said. “We’re seeing the actualization of hip-hop being pop.”

A teenager mixed the 808 bass bounce of hip-hop with Wrangler jeans and Billy Ray Cyrus’s horse-riding musings to make the longest-running No. 1 song in the 60-year history of the Billboard Hot 100 charts. Regardless of whether you hear country, rap or both when you listen to Lil Nas X’s “Old Town Road (Remix),” its impact is undeniable and yet still understated. The song revealed a viable market for music that fuses country with hip-hop.

Nashville is a place where a rapper like Petty is repurposing Ray Charles’s timeless 1960 sclassic “Hit the Road Jack” for his “Get Your Hoe [[Ho?]] Back” onstage at the Underflow. “Urban music is having an influence on country music, and because of that the local urban music scene in Nashville will be able to benefit from that shift,” Holt said.

The night was capped off with Tay Keith’s mosh pit–inducing DJ set. The infectious energy of the crowd had carried over from the hometown artists’ sets, and by the time the fifth straight Billboard hit blared through the speakers at Marathon Music Works, it was clear: Nashville may be the historic home of country music, but hip-hop is quickly becoming the new sound of the country.