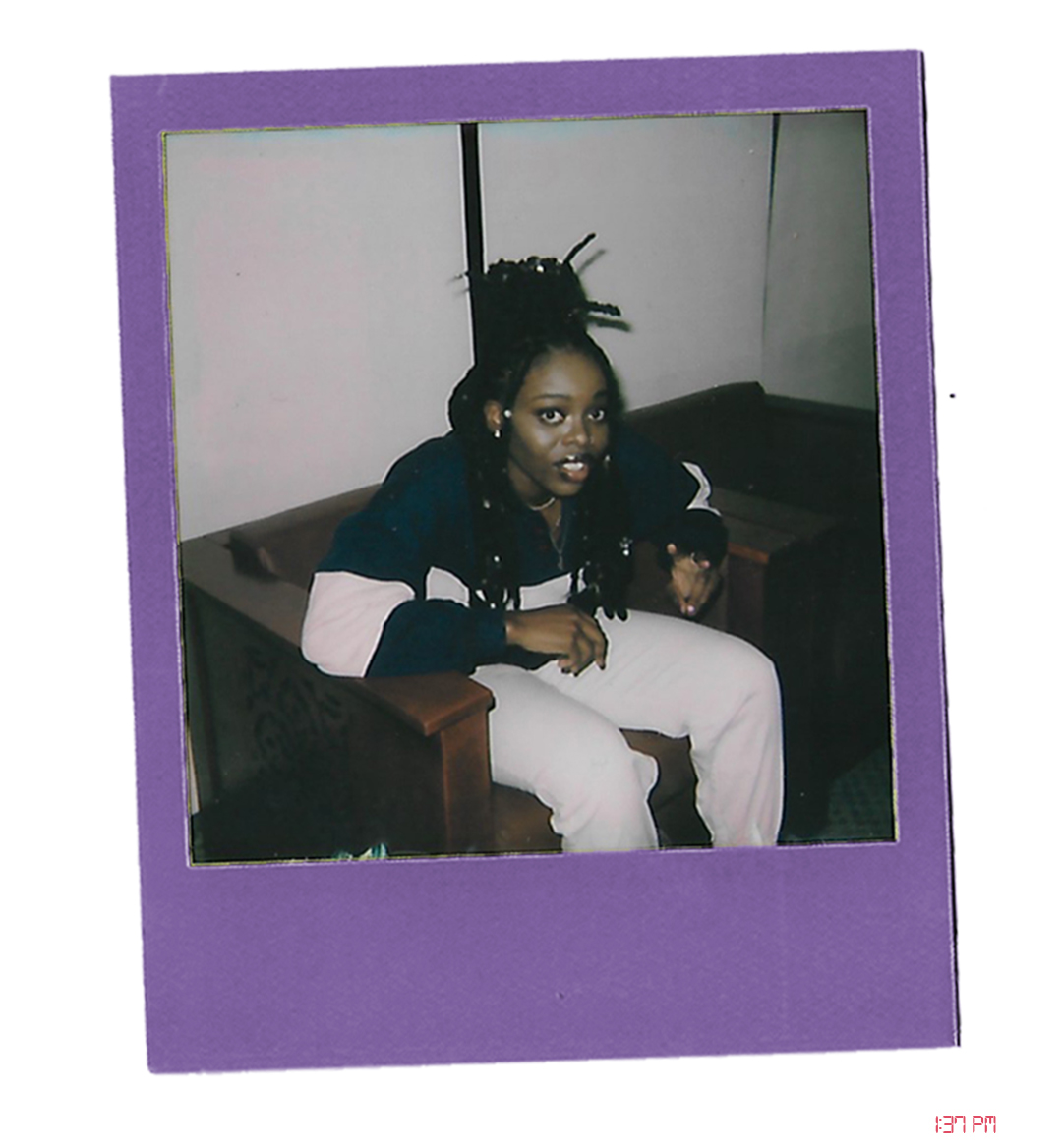 Satomaa, real name Amma Fordjour, is an artist, singer, rapper, songwriter, and multi-faceted musician based in Los Angeles, California. Even with those titles, it still feels as if we're putting her in a box, as the talent she possesses exceeds that.

If you are unfamiliar with the emerging artist, Mike Boyd Jr of the Monday To Monday podcast interviewed her back in September. The episode talks about what family means to her and life as an emerging artist. In addition, Satomaa discusses what it is like being a child of immigrant parents, her family in Ghana, and the many experiences with that. To end the episode, Satomaa dives into her creative process. Be sure to tune in below!

On December 2nd, Satomaa released her new single "Suffocate." The song is a fun, upbeat song that incorporates elements of several different genres. Satomaa offers a flow and style within this song that is new to her frequent listeners. On "Suffocate," you can hear a catchy guitar pluck complemented by refreshing vocal chops. The song's crisp bass also bleeds through to create a catchy song.

In past Satomaa songs, such as "Orange Crush Shawty" or "WWE," you can hear Satomaa being forthright. You can also listen to her more vulnerable and melodious on "Call You Back" and "Alternate," you can listen to her more vulnerable and melodious. These factors and past styles build-up to create "Suffocate." We know her new and regular listeners alike will enjoy a new style. Be sure to give the song a listen below!

We had the opportunity to talk to Satomaa about this release and her plans for the future! Be sure to tune in below!

1. What can we expect from you on this new release?

This new song, "Suffocate," is something fun and bouncy, something everybody can bob their head to. You can play it in the club, the car, the gym, etc. I love it because it sounds like something I've never made before. At first, I was nervous about experimenting with my sound but it helped me figure out what sound I would want moving forward. In my other songs, I would usually rap kind of aggressively or with a little more energy. This one is special because it's sexier and fierce without having to scream to get my message across.

2. If you could describe this release in three words or less, what would it be?

3. What inspired you to create this song? Was it anything in particular?

All of my songs come from personal experiences. I feel things deeply, and oftentimes it's easier for me to express how I am feeling through my lyrics. This song is inspired by my overall failed dating history in 2021. I am a whee bit sensitive, so if I am dating somebody and I feel like the energy isn't being reciprocated the same way, the love goggles come off immediately, and I move on. When creating the hook, I went through some of my old journals to figure out how I wanted to phrase the lyrics and something I wrote in my journal that popped out was "I used to hate feeling suffocated by somebody but maybe I kinda like it."

4. What is your creative process for creating a song like this one?

The beat is everything. Producers do not get enough credit, the beat is literally the skeleton of the song. I showed my best friend Ana this 2000's beat that I liked a lot on YouTube and recited the "Suffocate" hook that I had in mind. She suggested finding something more up to date and bouncy, so our friend BBY Kobe created the perfect beat to fulfill that, which is the beat you now hear in the song. From there, we started working with Kobe's roommates/friends, Trinidad Cordona and Beauty, and together we were able to write verses that accompanied the message in the hook. Trinidad is really awesome because he is very much a singer and songwriter, so when we were working on this song, he was very specific and anal about how he wanted me to sound on this. Just for the hook alone, we kept having to re-do the takes over and over again until it sounded soft and sexy. BBY Kobe and Beauty helped me write the song and coached me through the verses to make it sound confident and intentional. This song is really special to me because everybody involved had a hand in it and is as passionate about it as I am.

5. What plans do you have for after this release? More singles, an EP/album, concerts?

I doooo have some plans! After this release, I want to step away for a while and focus on my upcoming EP. I really want to put together a 5 song EP that truly exhibits my talent and ranch. Each song will sound different than my previous tracks and the videos will be directed by Ana Peralta-Chong so they are guaranteed to be unique and well thought out. I have never performed live before, and I know its something I would absolutely kill, so I am looking forward to doing shows in 2022. I play the guitar and saxophone, so I have been intentional about including some of those instruments in my EP so that when its time to perform live I can incorporate those instruments into my set.