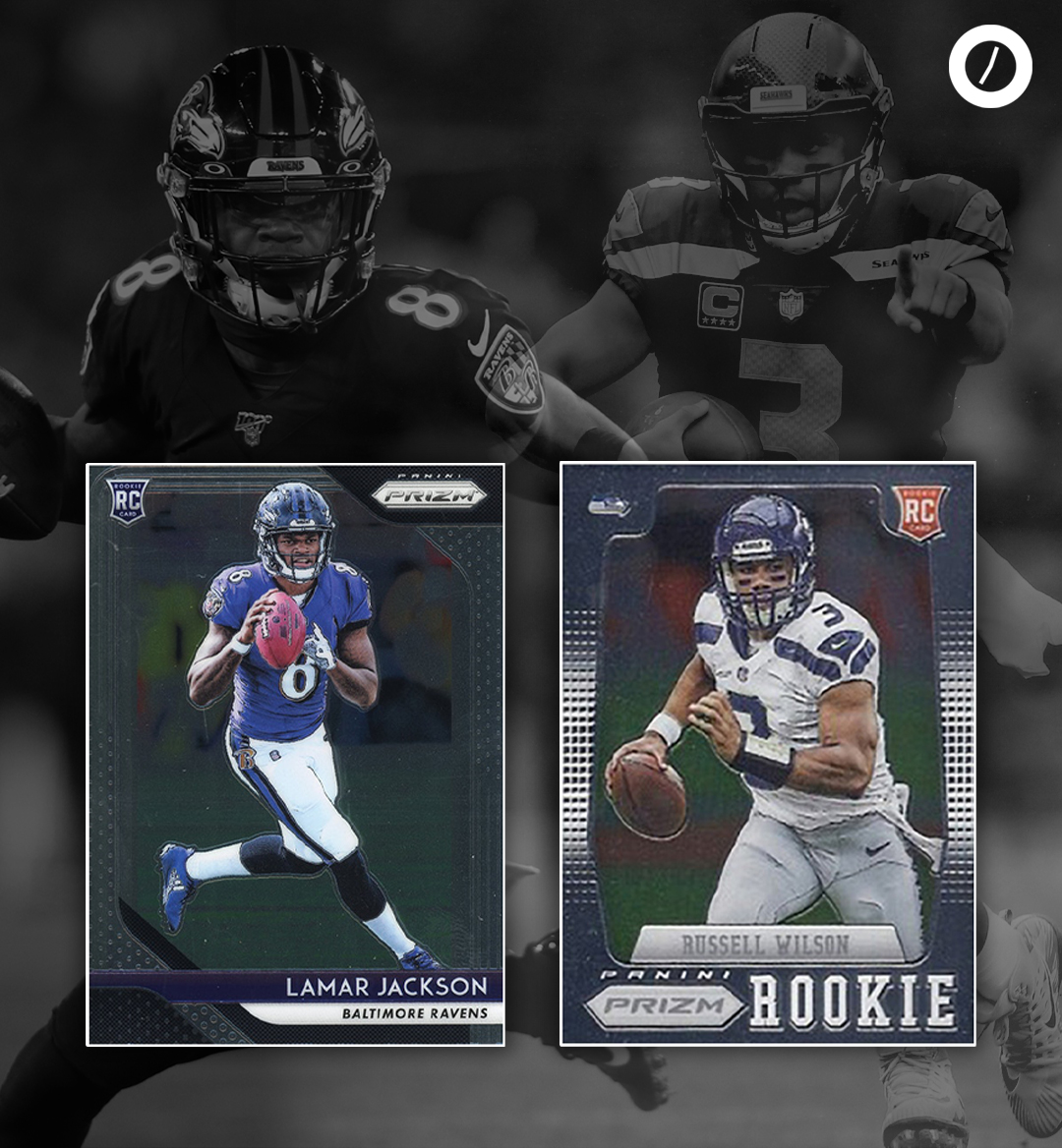 Welcome back to our “Data Debates” series, in which we aim to help newcomers understand the process of evaluating supply and demand and identify which cards are overvalued vs undervalued. In our third installment, we will compare reigning NFL MVP Lamar Jackson's 2018 Panini Prizm base rookie card against Russell Wilson's 2012 Panini Prizm "Towel Down" base rookie card.

(Note: All values and statistics are valid as of date of publishing. The opinions expressed in this article are that of the authors. Always do your own research before purchasing.)

The Case For Russell Wilson 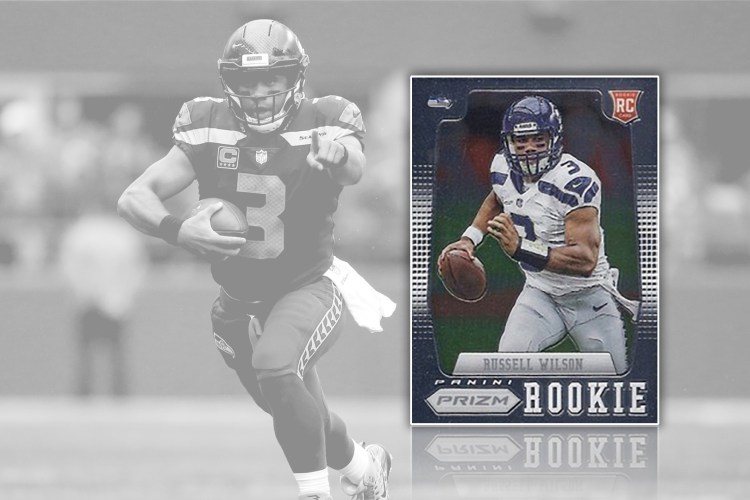 Russell Wilson was famously the 6th QB selected in the 2012 NFL draft, finally coming off the board in the 3rd round (75th overall). In his first training camp, Wilson beat out the newly acquired and high-priced veteran Matt Flynn for the starting job. He went on to win NFL Rookie of the Year after tying Peyton Manning’s record for most touchdowns thrown by a rookie.

In 2013, Wilson led the Seahawks to their first Championship, routing Peyton Manning and the Denver Broncos 43-8 in Super Bowl XLVIII.

As an encore, Wilson led the Seahawks back to the Super Bowl in 2014. With 25 seconds left in the game and Seattle only 1 yard away from winning their second straight trophy, head coach Pete Carroll decided to throw the ball instead of handing it to Marshawn Lynch, and Wilson was famously intercepted by Patriots cornerback Malcolm Butler.

The Seahawks haven’t been back to the big game since. However, Wilson has solidified himself as a top QB in the NFL, earning his first AP All-Pro selection after the 2019 season.

Off the field, Wilson is married to singer Ciara and has had endorsement deals with companies such as Nike, Pepsi, Microsoft, Levi’s, Durcell, United Way and Bose, just to name a few.

The Case For Lamar Jackson 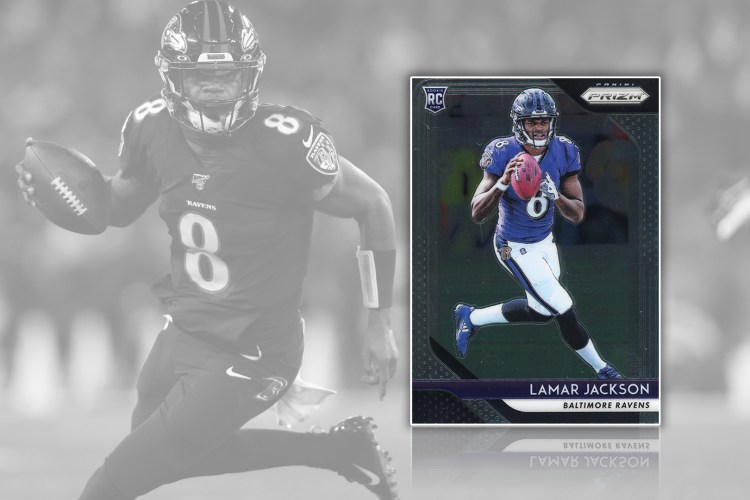 Lamar Jackson was selected by Baltimore with the 32nd overall pick, the final selection in the first round of the 2018 NFL draft. He began his rookie season as Joe Flacco’s backup, but was elevated to starter after Flacco went down with a hip injury in week 9. Jackson went on to lead the Ravens to a 6-1 record down the stretch and clinch a wild-card spot, ultimately losing in the opening round to the San Diego Chargers.

In 2019, Lamar took the league by storm, becoming only the second unanimous MVP selection in NFL history. The Ravens finished the season 14-2 and earned the #1 seed in the playoffs. However, in the Divisional Round, they were knocked out by the Tennessee Titans, and Lamar Jackson’s postseason record dropped to 0-2.

Off the field, Jackson launched his own sportswear line named Era 8, and because of that has refused to sign any apparel endorsement deals (except with Oakley eyewear). 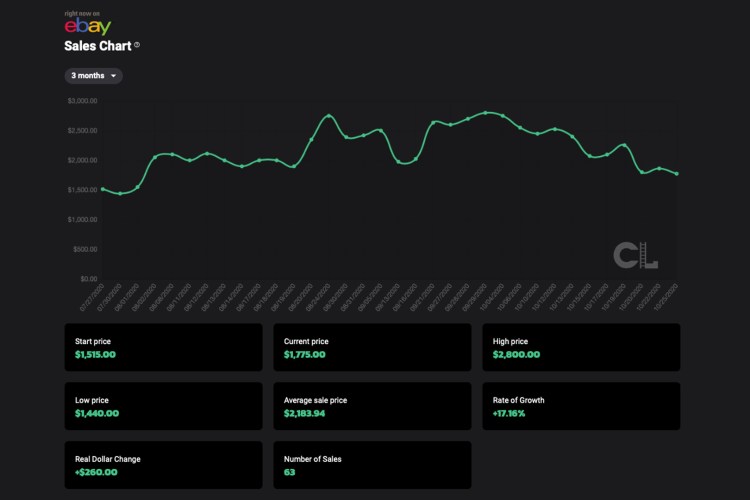 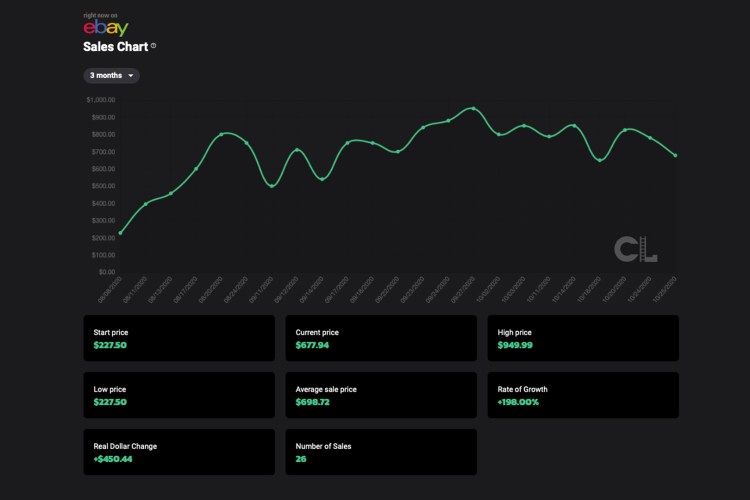 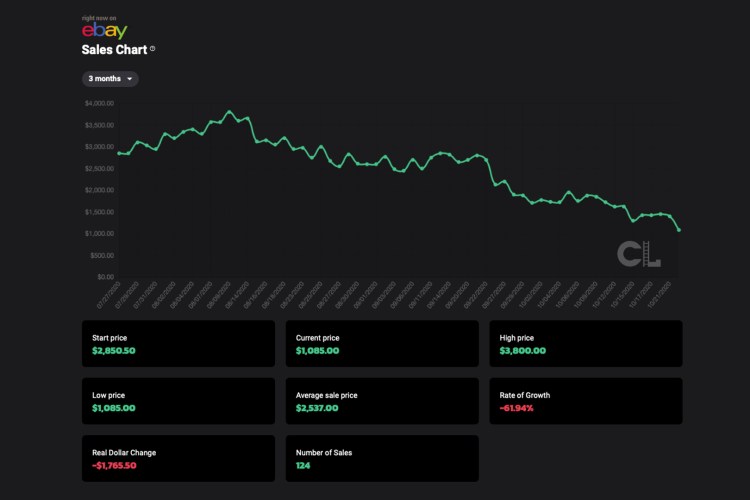 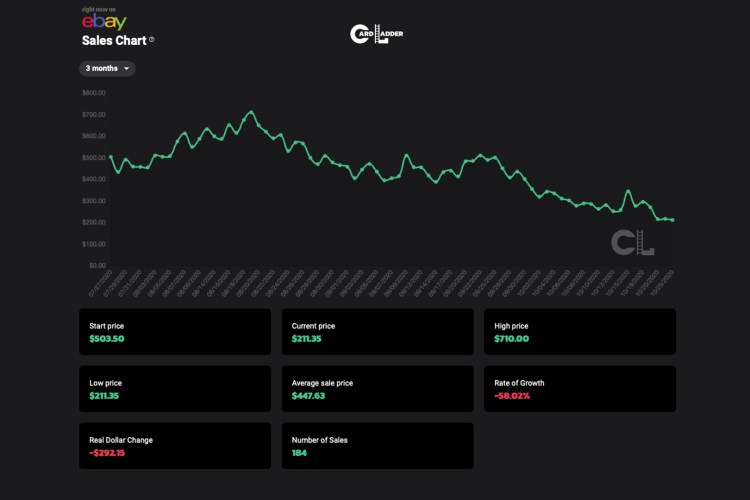 What It All Means 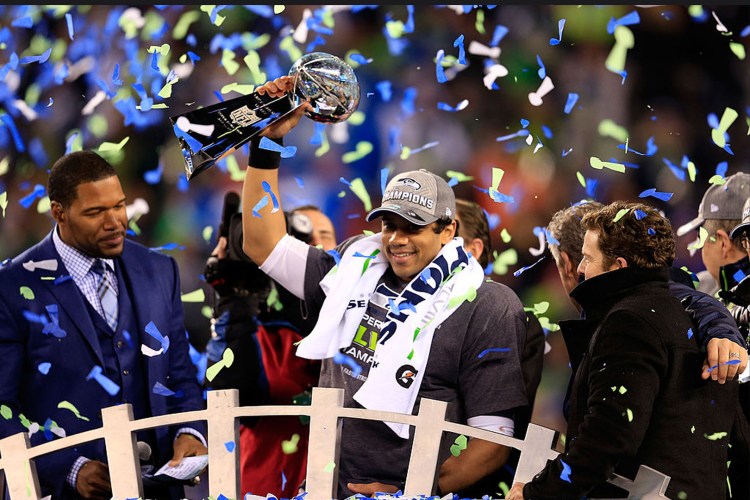 As the numbers above illustrate, the value of Lamar Jackson PSA 10 Prizm Base rookies have taken a huge 61.94% dip in the last 3 months. There are many factors in play that have led to this, most notably his 0-2 playoff record and (relatively) slow statistical start to the 2020 season. Also, the overall market is down since that August high.

However, there are reasons for extreme optimism that Lamar’s value could be in line for a huge bounce back.

While Lamar Jackson’s card value has taken a dip, Russell Wilson’s is currently trending up. In the last 3 months, Wilson’s PSA 10 Base Prizm Rookie has seen a 17.16% rise despite the overall market being down a bit.

Simply put, Russell Wilson is an absolute stud and one of the safest investments in the game. You know what you are getting with him year in and year out, and there is still plenty of meat on the bone. Why? 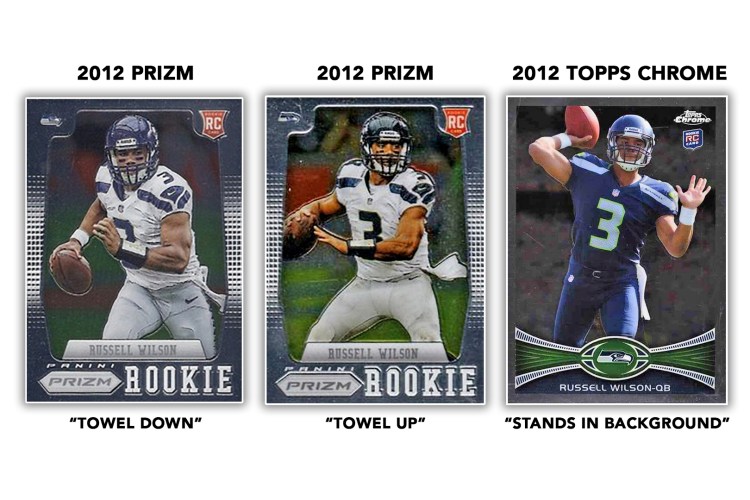 It is also important to note why I chose WIlson's 2012 "Towel Down" Prizm instead of his more common Topps Chrome 2012 "Stands in the Background" Rookie Card.

2012 was the first year of Prizm Football and Panini produced a relatively small number of cards in this set. With the upcoming release of Panini Prizm 2020 Football and hobby boxes pre-selling for over $1000/each, it's my opinion that the buzz surrounding the release will further stamp Prizm as "the product" to collect in the football market. Combine that with such low population of these cards, collectors could very well be stumbling over each other to purchase any and all that are on the market. This is a game of supply and demand. There are 760 PSA 10's and 632 PSA 9's of the Topps Chrome rookie compared to 264 PSA 10's and 122 PSA 9's of his Prizm rookie.

Who Is The Better Investment? 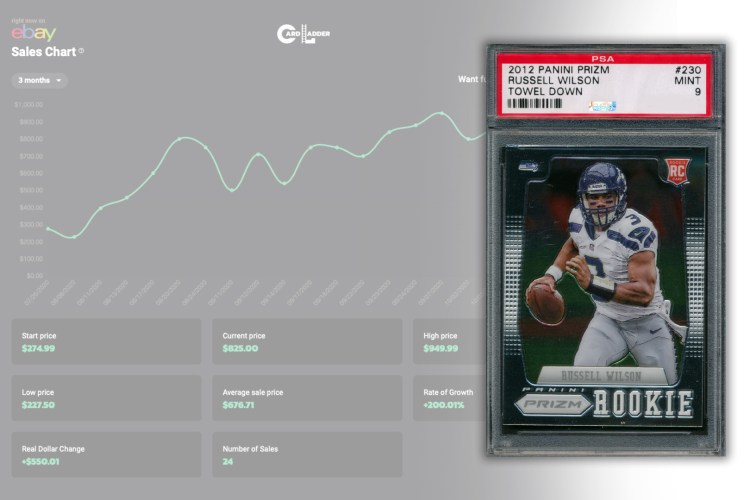 This is actually a tough one because I really like investing in BOTH of these quarterbacks. It truly depends on what your strategy is. If you want to make a safe play, there should be very little downside to Russell Wilson in the coming years. He already has a Super Bowl ring. He has little-to-no risk of any sort of off the field drama. He plays for one of the most stable organizations in professional sports.

When deciding who to invest in, the question should always be “who is more undervalued?” and not, “who is the better player?”.

With Lamar Jackson currently selling at such a dip, if you are a believer that Lamar Jackson can win playoff games not just this year, but in the coming years, he is a solid buy. If you think that Russell Wilson is primed to potentially win another Super Bowl and get his first MVP this year, he is also a solid buy.

Should Patrick Mahomes market cap for his PSA 10’s be 10x Russell Wilson’s and over 7x what Lamar Jackson is? Probably not, but we will dive more into that debate in a future article.

It makes no sense to me either.