Time to dust those controllers off 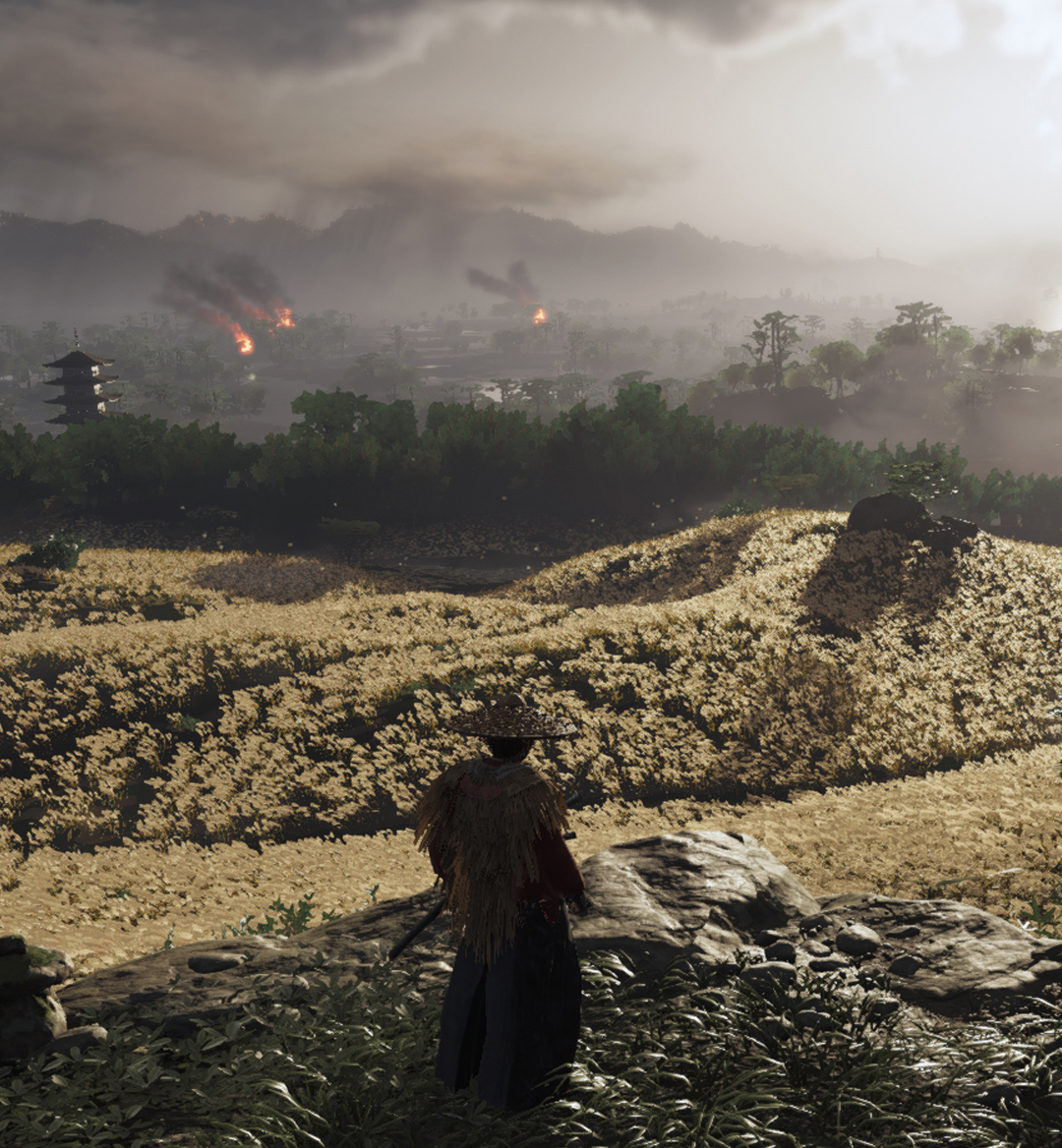 A quick look at the Wikipedia page for the topic “2020 in video gaming” will excite you and make your wallet quiver in fear at the very same time. The winter and spring months for the new year are jam-packed with an assortment of highly anticipated releases that hopefully live up to their immense hype.

And you know what’s the wildest part of it all? There are still a bunch of unannounced games we have no clue about for 2020. Plus, factor in the day one titles that are still under wraps for the holiday 2020 arrivals of the PlayStation 5 and Xbox Series X consoles. But right now, we’re going to delve into the ten games arriving in 2020 that we can’t wait to lose our social life to.

Sometimes, a simple beat ‘em up is all anyone needs for satisfaction. Sega’s brand of 2D street justice via Axel Stone and friends is set to deliver just that with a hotly anticipated sequel in Streets of Rage 4. What makes this sequel stand out is the fact that it’s the official comeback for a Sega franchise that’s been dormant for far too long.

There’s also the return of Yuzo Koshiro, who helped produce the revolutionary soundscapes for the game’s earlier entries. Street of Rage 4 is shaping up to be the type of Sonic Mania revival Sega’s beat ‘em up franchise sorely needs.

Arc System Works has owned the market when it comes to anime-inspired fighting games. Designer Daisuke Ishiwatari is closely associated with the Guilty Gear series and is in the process of giving the FGC the most gorgeous-looking anime fighter of them all: Guilty Gear –STRIVE-.

Watching this 2D fighter in motion is simply a revelation—who knew that the Guilty Gear series could look even better at this point? The onscreen action is intense, the metal soundtrack kicks ass and all your favorite Guilty Gear characters are back for another round of weapons clashing.

Moon Studios did an incredible job with its beautiful and emotional side-scrolling platformer Ori and the Blind Forest back in 2015. Several facets of that release were adorned with heaps of praise upon release: the graphics, the story, the gameplay, the music, etc. Its upcoming sequel, Ori and the Will of the Wisps, is attempting to improve upon all those mechanics and streamline the ones that may have frustrated players.

Autosaving looks to be implemented much more, plus a new shard system is being put in place over the first game’s upgrade system. Ori and the Will of the Wisps is on the verge of bringing even more curious onlookers into the fold with several welcome enhancements and the same strong gameplay from its excellent predecessor.

The leaks were real. And the constant hype surrounding Capcom’s next survival-horror remake reached a fever pitch. We all knew it was coming at some point, but we were all surprised to see that it was arriving just one year after the quality remake of Resident Evil 2. By the looks of the upcoming reimagining of Resident Evil 3, it looks like we’re in for another horrifying treat.

Jill, Carlos and the rest of RE3’s memorable cast look awesome with their new HD makeovers, plus the new look for Nemesis is equal parts inspiring and terrifying. RE3’s original campaign was full of high-octane, nail-biting scenarios that we can’t wait to revisit in this big-budget remake. With the extra cherry on top that is Resident Evil: Resistance, the remake for RE3 is going to be the ultimate survival-horror package you can’t miss.

When a game gets pushed back, angry message board rants are soon to follow. But with the 2019 release window of DOOM Eternal getting changed to a 2020 launch, we refrained from getting pissed and felt a bit more thankful instead. 2016’s DOOM reboot was damn near flawless if you ask us.

We’re willing to give id Software all the extra time it needs to help DOOM Eternal become an even better and more chaotic FPS over its previous work. And from the looks of it, they’re not too far off from that goal. DOOM Eternal appears to be even more berserk due to more onscreen demons to kill, more ways to kill said demons and a unique new multiplayer game mode. Hell on Earth sounds like it’ll be a great time thanks to this blood and guts filled shooter.

The premise behind the third Watch Dogs game is greatly intriguing. Instead of moving around an open environment with just one central protagonist, Watch Dogs: Legion gives players the power to control multiple characters with super helpful abilities. Taking down the powers that be as a member of DeadSec in a digital recreation of London sounds too good to pass up.

Ubisoft Toronto certainly has its work cut out for them with this ambitious sequel. But we’re placing our bets on them successfully realizing such a dope concept and making Watch Dogs: Legion one of the year’s best open-world experiences. And to be quite honest, any game that lets us take control of a retired assassin who also happens to a sweet old lady is worth a play in our book.

CD Projekt Red raised its profile and became more of a household name thanks to its outstanding work on The Witcher 3: Wild Hunt. The development studio produced their strongest work to date and gifted the gaming public with one of the greatest open-world RPGs of all time.

Now CD Projekt Red is moving from a medieval realm to a much darker one that’s ruled by corporations and filled with cybernetic body modifications. Cyberpunk 2077 has all the makings of another smash hit for CD Projekt Red, as the plot trappings sound exciting, the moment-to-moment gameplay looks enticing and the inclusion of a 3D Keanu Reeves is just too cool to pass up. Simply put, we’re all the way in for Cyberpunk 2077.

Sony’s offering of first-party titles was pretty weak in 2019. We’re hoping the PlayStation-powered tech company will remedy that in 2020 with releases such as this one. Sucker Punch Productions’ samurai adventure may just reach the high bar of quality established by other first-party titles such as Spider-Man, Horizon: Zero Dawn and God of War (2018).

As the last samurai known as Jin Sakai, you’ll need to combine your traditional approach to battle with the way of the Ghost. This means you’ll be sneaking around and engaging in climactic katana skirmishes as you attempt to defeat the invading Mongol Empire. Games based on the way of the samurai tend to be pretty sweet, so we’re extra excited for Ghost of Tsushima’s take on the thriving subgenre of action games.

Naughty Dog is coming with pure heat in 2020. And that’s all because of one game: the sequel to its post-apocalyptic masterpiece, The Last of Us: Part II. The bits of footage we’ve seen from this game had us on the edge of our seats and ready to re-enter Ellie’s broken world. She’s much older now and seasoned as a survivor, which means her violent clashes with infected creatures and vicious cult members will be that much more gruesome.

We’re also interested in seeing how Ellie continues to find her place in a United States ravaged by a fungal outbreak. How will Joel play into her further character evolution? Will Ellie confront new allies who are just as trustworthy as her former caretaker? And should we expect some sort of flashback sequence that gives us a closer look at Ellie’s mother? Here’s hoping that The Last of Us: Part II answers those questions and more.

The wait is almost over. Square Enix’s passion project is nearing completion and is on the verge of making Final Fantasy fans extremely thankful in 2020. The first part in the Final Fantasy VII Remake saga will finally be in our hands, and it’s been a long time coming. The extended trailers for this game have wiped all our fears away and given us newfound confidence in what’s to come.

Cloud, Barret, Tifa, Aerith and Sephiroth all look amazing with their newly realized HD models. The action RPG mechanics and optional use of turn-based combat options both look great in action. And the promise of additional story elements and a bigger Midgar to explore sounds extra enticing. Final Fantasy VII Remake may just end up being one of the best, if not THE best, game of 2020 once it finally drops.