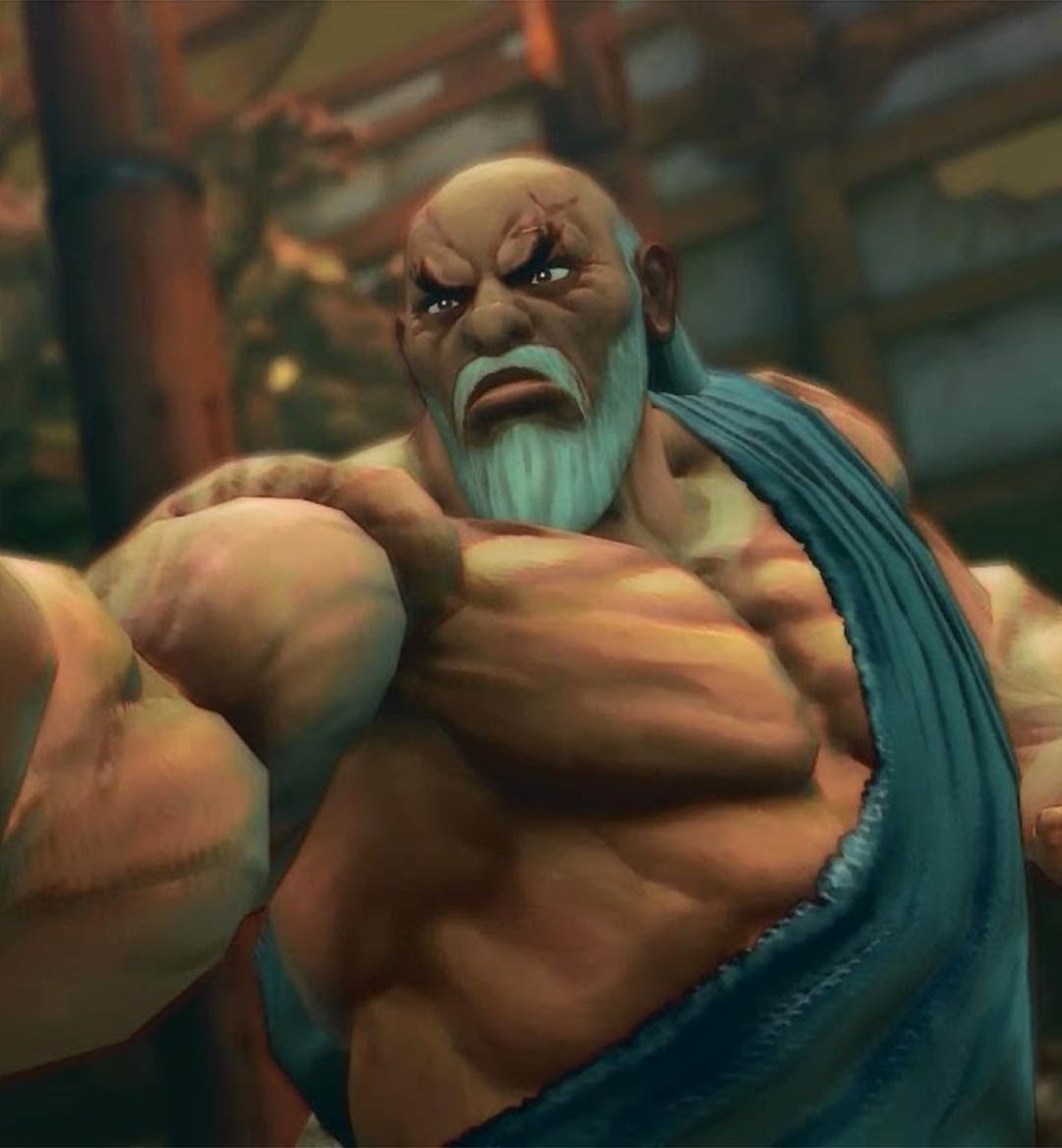 April 1st, which is known the world over as April Fool's Day, is usually one of the holidays that stand out the most as springtime draws near.

The most essential thing to do on April 1st is to play an April Fools joke, of course. Wherever you happen to be on the internet on that particular day, you will almost certainly come across a variety of sweet little lies and jokes. April Fools jokes are now a common occurrence in the gaming industry. Surprisingly, there are a good number of April Fool's jokes that have managed to deceive and fool gamers everywhere.

Join us as we reminisce and look back at the 10 best April Fool's Day gags that fooled the gaming industry.

The oldest (and arguably best) April Fool joke on this list is a combination of mistranslation and an amazing prank. Due to a misinterpretation of Ryu's post-match victory text in Street Fighter II, a rumor was created centering around a secret fight in the game against an individual named Sheng Long.

Electronic Gaming Monthly published an article about the secret "World Warrior" in their magazine, fooling gamers worldwide as other magazines went on to cover the story as fact. To add even more insult to injury, EGM pulled the exact same prank again in 1997 during the development of Street Fighter III, which practically portrayed the fighting game fans that fell for it a second time as extremely gullible.

Another older (infamous) April Fool’s prank was once again conducted by Electronic Gaming Monthly. The gaming publication released an article claiming that Sega's anthropomorphic icons Sonic and Tails could be unlocked in the platform fighter, Super Smash Bros. Melee. All the player had to do was beat at least 20 enemies in "Cruel Melee" mode. If you're not in the know, that task is an incredibly daunting undertaking.

You would think that after the Sheng Long debacle, gamers would be more alert and suspicious of such rumors popular surrounding fighting games. Who knows how many gamers attempted this task with such high hopes, only to be met with disappointment in the end. EGM confessed to this one as being nothing more than a joke and, to show that they were good sports, offered players who completed the Cruel Melee challenge a copy of Sonic Adventure 2: Battle.

Parodying the virtual reality trend, Sony released a commercial advertising the ability to simulate swimming levels in video games. Sony went all in on this prank and even made a cringe advertisement highlighting the capabilities of "PlayStation Flow." The product was advertised complete with goggles and arm sensors that actually looked halfway believable. The video highlighted the absurdity of the idea as it showed people swimming in their living room and kitchen as they attempted to simulate the act of swimming in the real world.

Blizzard Entertainment announced an intriguing and interesting new race to their popular World of Warcraft MMORPG in 2004, which was christened the Two-Headed Ogre. This newly introduced character would consist of two halves, each controlled by a different player. So, two players would be controlling one character model and it displayed a separate UI for both players including separate chat boxes.

Playing as the two-headed ogre race sounded fun until gamers considered the chaos of trying to control one unit with two players as well the programming nightmare that it would be. It was a fun little prank that probably fooled gamers for a little while before logic kicked in. Fun fact - Blizzard went ahead and turned this joke into a real thing when it created a character based on it in its MOBA Heroes of the Storm.

In 2008, IGN played a sweet yet oh so bitter prank. They released an article detailing the production of a Legend of Zelda movie. The article came complete with a three-minute trailer that boasted some highly impressive visuals. While IGN had played many pranks over the years, such as the "Bollywood Halo" movie, this one was perhaps their most believable to date.

But lesson learned, ignore IGN on April 1. The only saving grace of the prank that most likely kept many gamers from becoming super upset was that the movie didn't look all that in the first place. Had the trailer portrayed showcased some worthwhile footage, all hell would have broken loose as everyone's hopes were crushed on April 2, 2008.

The renowned PC hardware maker known as Corsair had one of the best April Fool jokes to date.

It caused the blood of every PC gamer to boil and probably caused hypertension in a few gamers as it advertised yet another game launcher in an oversaturated market already full of them. What was really funny about this prank was that the game launcher that Corsair was jokingly advertising simply served as a central point to compile every other PC game launcher.

Which meant it essentially served no purpose other than being another program running in the background that hogged down everyone's PC resources. What made this joke even funnier was the parody gaming titles used in the advertisement for the gaming launcher. Those titles, complete with official-looking box art, advertised games such as “S is for Speed 5, Super Kart, Sass Effect, and Business Simulator” to hilarious effect.

In 2020, Landfall launched a very innovative two-for-one: an April Fool's joke that served as a marketing tool. Landfall advertised "Bug" DLC for their game Totally Accurate Battle Simulator, which added bugs to the game. Yep, you read that right. The developer purposefully added bugs to their games and then advertised them as free DLC. Fortunately, the bugs added were of the comic variety and not the game-breaking variety that tends to infuriate gamers everywhere.

The DLC added bugs that messed with the game's gravity mechanics, enabled random immortality, stuck units together, randomly added wings to units, and randomly adjusted unit size, just to name a few. The bugs proved to be pretty cool and made the game itself more of a joy to play. It served its purpose well as an April Fool’s joke and a strong advertiser for Totally Accurate Battle Simulator.

Now this certainly qualifies as a harmless and goofy prank done right. Ubisoft launched a trailer for an April Fool’s prank that eventually turned into an actual in-game event. The trailer showcased For Honor gameplay but with the characters and their models scaled down to miniature versions as the title implies. Aesthetically, it was a funny, goofy, and endearing look. It's one of those videos that you just have to watch for yourself to take in all the hilarity.

Razer is another famous PC hardware company. Over the years they have announced numerous fake products that are often intriguing and sometimes products I was ready to buy before learning they weren't legit. One of the most interesting products they advertised as a joke was "RGB Hair." RGB and gaming hardware have become synonymous with each other over the years and this was advertised as an evolutionary next step.

I have to admit - this new product piqued my interest. Even though I don't dye my hair, the RGB hair color looked really nice and initially made me want to give it a try. The commercial even used the whole "famous guy looking at another girl" meme with the guy staring at some gorgeous RGB hair. While computer-generated effects will always look nice, RGB hair just sounds like it would look nice on just about anyone.

Perhaps the best and my personal favorite April Fool’s prank in the gaming world is the Yakuza turn-based RPG joke. In 2019, Ryu Ga Gotoku Studio, the developers of the Yakuza series, released a joke video portraying their popular action series as a turn-based combat experience. The video was meant to be a funny haha joke for all its loyal fans.

During the time of release, the game in development, Yakuza: Like a Dragon, was rolling along as an action RPG game. However, after receiving unexpectedly positive reactions to their prank trailer, the game's development studio decided to shift the game to turn-based and ended up releasing a spectacular game as a result. As such, this is my favorite story to date as it's an April Fool joke that's funny and led to something wonderful as a result.