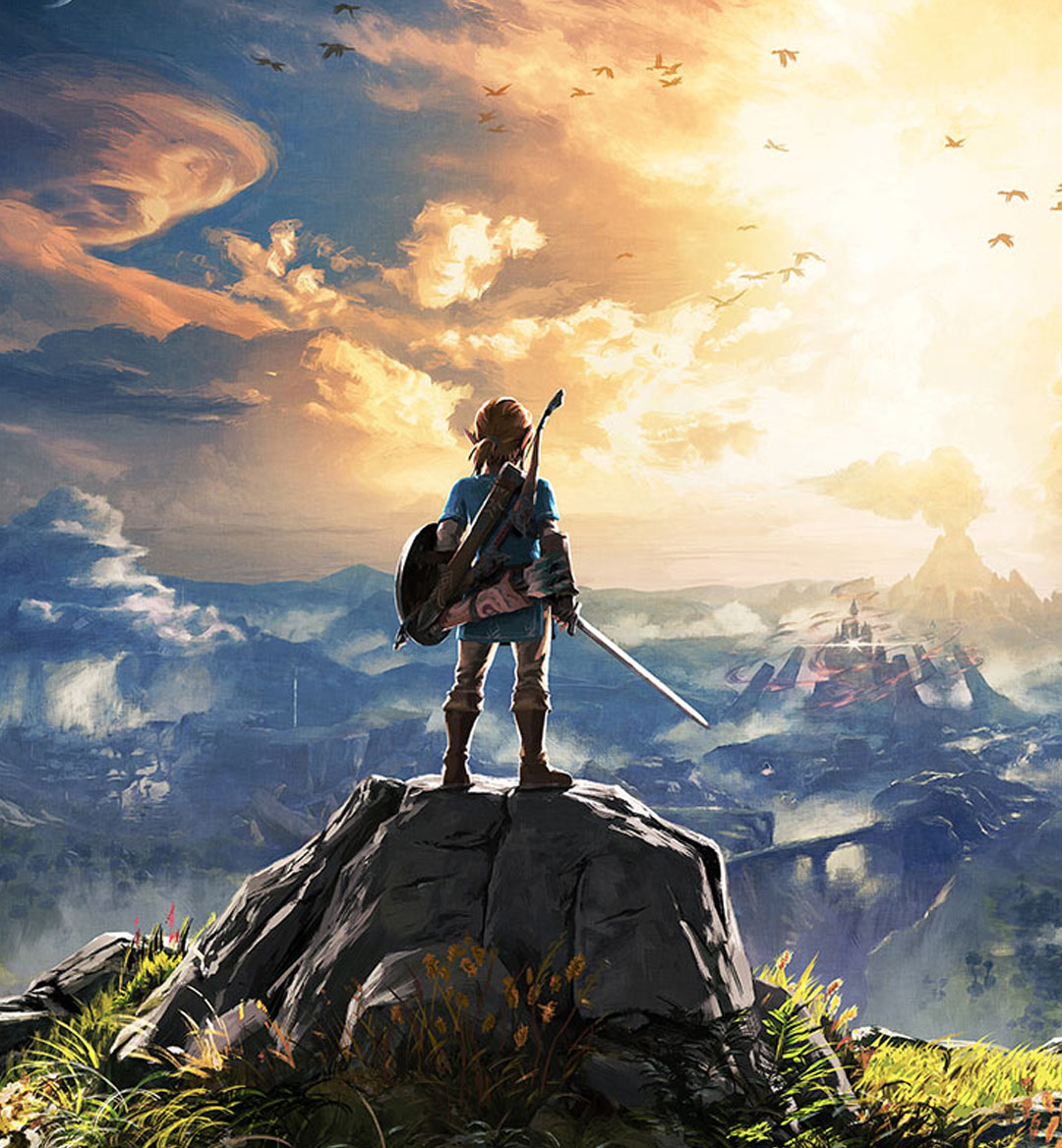 Earlier this year, the Zelda franchise celebrated a long three and a half decades since its first game. The Legend of Zelda was released on the 21st of February 1986, and ever since, the series has been considered to be not only at the forefront of the RPG, action-adventure genre but one of Nintendo’s staple franchises and one of the best video game series of all time.

The series follows the adventures of Link and Princess Zelda, with the former generally having to rescue the latter from Ganon(dorf). The games feature a mixture of fighting, puzzle-solving, and collecting items. All in all, the series is one of the most successful of all time, selling over 125 million copies as of 2017.

There have been a total of 18 games in the series, and as hard of a job as it is, we’ve done our best to put them in order of what we feel is the worst to the best. You can check it out below.

A lot of the positions on this list are going to be highly debatable, whether you’re someone who’s finished every game in the series or has just played the games casually. But if there are a few games that everyone should agree on, Tri Force Heroes is one of them. It’s almost unanimously agreed to be the worst Zelda game ever released. Released on the 3DS in 2015, Tri Force Heroes is a multiplayer game where you and a pair of friends can play as Red, Green, or Blue Link. You can play it on your own while switching between all three characters, but that’ll only take the main bit of fun away.

Though, as we mentioned, the series started off with a bang with the first-ever Zelda game, its immediate sequel didn’t get the same reception from fans or critics. The second Zelda game switched up the formula a lot, making it a side scroller in favor of the top-down view from the original. If that were the only problem, it would probably be remembered much more favorably amongst fans, but there were other glaring issues. Fans found it frustrating to play, not just because of the insane level of difficulty but the lack of direction.

The first-ever multiplayer game in the Zelda series, Four Swords, doesn’t get talked about enough, largely because of it being an extension that came with A Link To The Past and people confusing it with Four Swords Adventures. You can play with 1-3 other friends across the four dungeons where you’ll solve puzzles and compete to see who can get the most rupees, although, in the long run, you’re all working together. The plot here is that Link pulls the Four Sword out, which creates the copies of him, and you must all work together to save Zelda from Vaati.

Released in North America in 2004, Four Swords Adventures is the sequel to the previously mentioned game. This time, instead of rescuing Zelda, your objective is to bring peace back to Hyrule after Shadow Link takes over. That makes five Links in the game. Even when you’re done battling Shadow Link, you and your friends can battle it out to see who comes out on top. You can play this one solo, but it takes most of the fun out of it. Unfortunately, back in the day, getting three friends together with three consoles and three-link cables was quite the task.

14. The Legend of Zelda: Phantom Hourglass

Released in 2007, Phantom Hourglass is an important one in this series because it was the first game exclusive to the DS, which meant that it was able to take full advantage of the touch controls, letting players solve puzzles on the touchscreen. Unfortunately, that’s where the fun ends for a lot of people. The dungeons and gameplay fall short for a lot of people relative to the other games on this list.

13. The Legend of Zelda: Spirit Tracks

Released two years after Phantom Hourglass, Spirit Tracks is its direct sequel. This game comes with a lot of cool tricks. Operating the train was fun, but got old after a while. It was also the first game to feature Link’s Phantom companion. There was a feature where you could blow into the DS’ microphone to use Spirit Pipes and Whirlwind, but again, once the novelty wore off, it just got annoying, especially being in a nosy environment. Spirit Tracks is still a good game, but it being 13th on this list speaks to the greatness of the series as a whole.

12. The Legend of Zelda: Skyward Sword

Skyward Sword was released in 2011 for the Nintendo Wii. As much as you loved Zelda, if you weren’t a fan of the Wii, using the remote as a weapon and specifically Wii Motion Plus, then this was never going to be one of your favorites. With that being said, an HD remaster for the game was released recently and it boasts optional controls, which could solve the main problems that people had with it. Although, the gameplay is made for swinging a Joy-Con around.

11. The Legend of Zelda: The Minish Cap

As we get into this middle range, it’d be tough to call The Minish Cap one of the worst Zelda games ever released, but it’s far from the best. Developed by Capcom and Flagship, it introduced enough new things for it to be entertaining in the series and feel like a refreshing new entry for hardcore fans, notably the ability for Link to shrink in size, but in the grand scheme of things, the game doesn’t do enough to stand out against some tough competition.

10. The Legend of Zelda: Twilight Princess

Released in 2006, The Legend of Zelda: Twilight Princess marked the series’ last tenure with the GameCube and its introduction to the Wii. This is where the list starts getting tricky, because this game is great, but it’s tough to put it above so many other games in the series that are also great along with being innovative. Twilight Princess is mostly remembered for being one of the darker games in the series and doing everything by the book. An HD version of the game was released for the Wii U in 2016.

9. The Legend of Zelda: Link’s Awakening

Whatever you think about it, Link’s Awakening is always going to be a special entry in the series because it marked the first Zelda game on a handheld console. The game has seen three iterations; the original from 1993, its DX relaunch in 1998 for the Game Boy Colour, and its HD remaster for the Switch. The latter of those is certainly the best way to play the game because along with the graphics update came improvements to inventory, more items to find, and more.

8. The Legend of Zelda: Oracle of Ages/Seasons

This game was released in 2001. It was inevitable that Nintendo was going to try the Pokémon format of releasing two games together that are technically separate and their own entities, but need each other to be complete. All in all, it worked pretty well here. In Ages, you have the ability to travel through time with Link and in Seasons, you guessed it, you can change the season. Depending on how much you liked using Game Boy link cables and passwords to get the full benefit of both games, you could put this higher.

7. The Legend of Zelda: A Link Between Worlds

A Link Between Worlds is the sequel to A Link To The Past, which appears a little later on this list. Some people make the complaint about this game that it feels a little too much like A Link To The Past rather than its own game, but if you’re a fan of that one, that becomes a pro. In many ways, if this game were released a little earlier in the series, it might not be so high on this list, but because of what came before it, it felt like a nostalgia trip with multiple nods to older features which was welcome in 2013.

6. The Legend of Zelda

The one that started it all of. For many people who were there from the beginning, this one might be impossible to top, but we think it would be discrediting developers far too much to say they never again reached the height they did with the series’ original entry. Although it’s strange to think about now, this game was very innovative when it was first released in the mid-1980s, but that’s how influential it was. This one is inarguably one of the best video games of all time.

5. The Legend of Zelda: A Link To The Past

After the second Zelda game disappointed most, A Link To The Past was a much-needed return to what made the series so great in the first place, including the top-down perspective that drew so many gamers to it in the first place. It is almost as historically important to the franchise as the first game. A Link To The Past introduced us to parallel worlds, Link’s ability to run and move diagonally and so many more key factors. It was everything that Zelda II: Adventure of Link should have been.

4. The Legend of Zelda: The Wind Waker

Available on: GameCube, Wii U (HD)

Released in North America in 2003, The Wind Waker, like the name suggests, puts you and Link on a ship called the King of Red Lions to traverse the seas. Going with cell-shading for the art style was definitely a risk that paid off. The original version itself holds up, let alone the HD remake for the Wii U. This game is credited for boasting one of the better storylines of any game in the series, but mostly, it did a good job of switching up the formula and pleasing fans at the same time.

3. The Legend of Zelda: Ocarina of Time

Released in 1998, Ocarina of Time is widely considered to be one of the best games ever released on the N64 and one of the best of all time. If any other series had a game of this quality, it would likely take the top spot, but that just speaks volumes about Zelda. Ocarina of Time introduced Zelda players to a third-person perspective, a 3D open world, and a targeting system. But it isn’t just that those features are in the game, they’re actually done incredibly well.

2. The Legend of Zelda: Majora’s Mask

This game is the direct sequel to Ocarina of Time and was released just a year later. Even taking away that handicap, it’s incredible. There’s a mechanic in this game where the moon will crash into Termine in 3 days of game time and you can’t stop it unless you’ve done the right things in-game. It adds a suspenseful layer to the gameplay and gives the game an interesting element that isn’t present for other entries. The 3D remake released for the 3DS in 2015 is worth a try.

1. The Legend of Zelda: Breath of the Wild

Available on: Nintendo Switch, Wii U

Released in 2017, at the time of writing, The Legend of Zelda: Breath of the Wild is the most recent original main series entry in the series and it’s almost unanimously agreed that it’s the best game in the series. It’s not controversial to go a couple of steps further and call it one of the greatest games ever made. Nintendo found the perfect balance of revamping Hyrule, adding detailed new features, and still delivering the classic feel that the very first few games in the series did. Breath of the Wild allows for creativity like never before and for a series to take a giant leap like this, multiple decades into its existence is insane. The great news is that a direct sequel is on its way.