The Call of Duty Championship is Finally Here 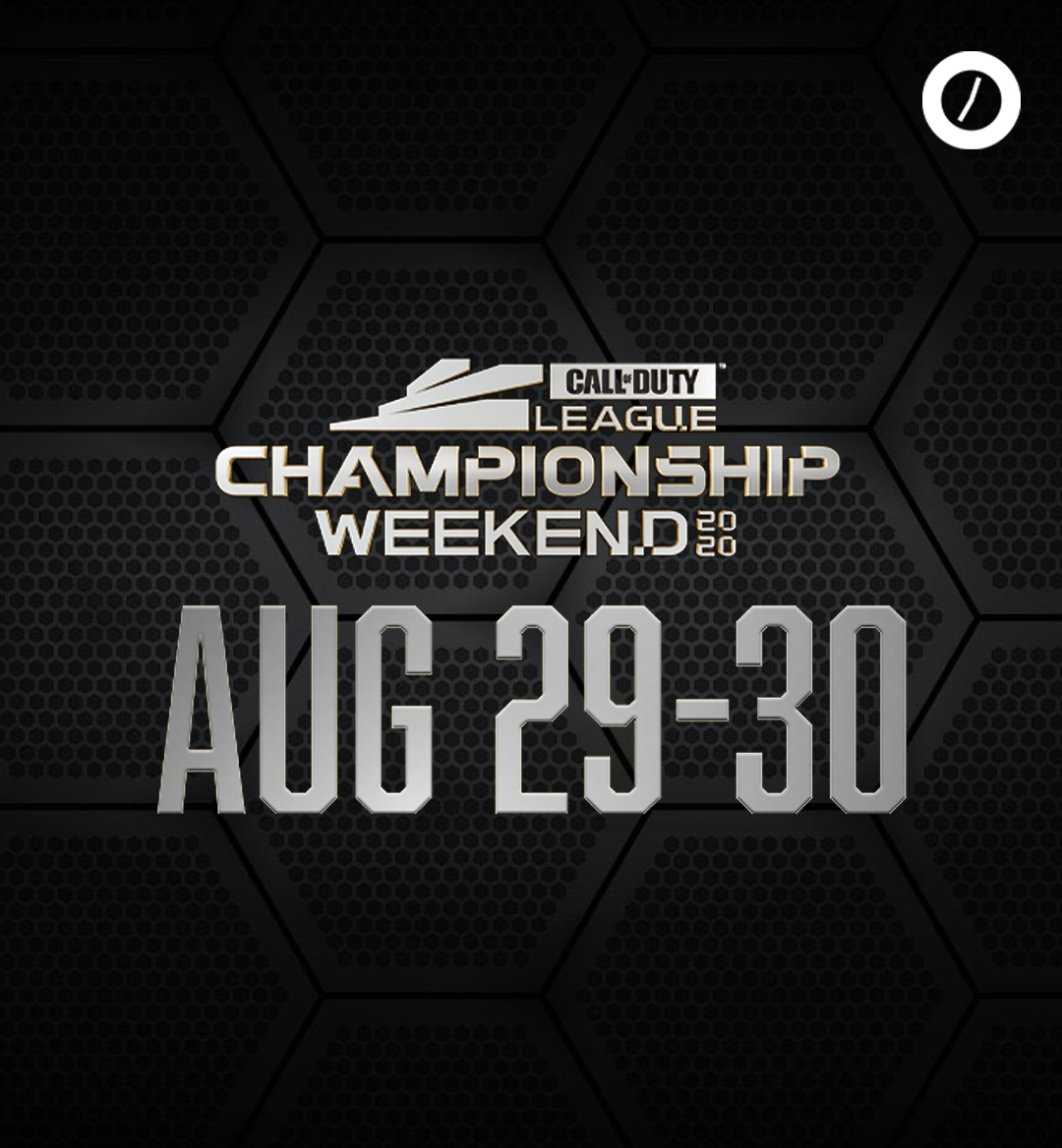 It’s the last week of August so that means we are approaching the Call of Duty Championship weekend. This season has been a unique one considering that this year was the inaugural season of the Call of Duty League. The season began in January of 2020, and featured twelve different teams competing in their home cities to earn enough points for a playoff berth.

Despite the league being in the first season, things were running pretty smoothly until the Coronavirus Pandemic occurred at the beginning of March. On March 13th, The COD League announced the immediate transition to online competitions. Two months later, more changes were made allowing all twelve teams to compete for Championship Weekend. The Playoffs began on August 19th, and after a week of intense competition, we are down to the Final Four; The Chicago Huntsmen, The London Royal Ravens, The Atlanta Faze, and The Dallas Empire.

So what’s the Grand Prize for the winners? Well the prize for winning the championship features a whopping $1.5 million reward to the organization. The remaining teams/organizations will also fare pretty well with the runner up receiving $900,000 and third place receiving $600,000. The fourth place team will receive $450,000, while The Optic Gaming and Toronto Ultra (who came in fifth and sixth) will split the $300,000 reward. The seventh and eighth place Florida Mountaineers and New York Subliners will split $175,000 and the ninth and tenth place Minnesota ROKKR and Paris Legion will split $100,000. Unfortunately, the Los Angeles Guerillas and Seattle Surge won’t receive anything due to placing eleventh and twelfth respectively. In addition to the mula, the winning team gets a Black COD League ring, a championship trophy, some custom Jordan 6’s, as well as a Throne for each individual player. 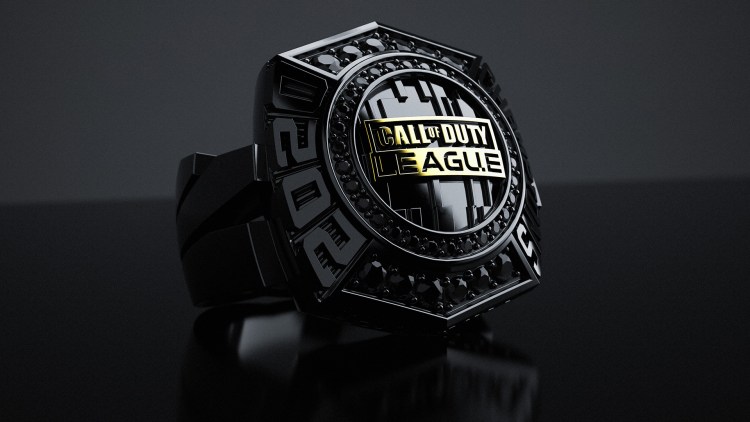 Of course ONE37pm had to talk to Commissioner Johanna Faries about this season, in particular about the transition from LAN to online.

Johanna Faries: Despite all of the challenges we faced, it has been incredible to see the resolve and agility from the League, our teams, and partners in these unprecedented times. A ton of work and innovation went into ensuring that our players and personnel could compete and operate safely from remote locations. In a matter of weeks, we were able to shift to a new way of working that still delivered incredible competitive entertainment for fans all over the globe.

We also asked Johanna about the excitement for this upcoming championship, and also asked her about what we can expect from the Call of Duty League in the future in terms of competition, features, and even collaborations.

JF: The classic rivalries, incredible matches, and the range of veteran and new star talent across all teams. As new as CDL is, it also comes with tremendous legacy surrounding it. We are all so excited to see how it plays out between our final four teams this weekend. While we have announced a ton of great stuff these last few weeks, including a fashion collaboration with Billionaire Boys Club, our Sheron Barber-designed Championship throne, a new trophy, rings, and the distribution of 10,000 beta codes for Call of Duty®: Black Ops Cold War during Champs Sunday, we still have more to come. In many ways, CDL is only just getting started.

Now let's take a closer look at the Final Four teams who have battled so hard to get to this very moment. Let’s start with the Dallas Empire Squad spearheaded by recently announced 19 year old MVP Cuevas-Castro (also known as Shotzzy). Dallas has the most experience out of all the teams, and players such as Crimsix and Clayster leading their squad as well. According to Head Coach Ray “Rambo” Lussier, Empire believes that the experience of their core roster will prove beneficial in those tense battle moments that are sure to be expected this weekend. They may be right as maturity can sometimes be a determining factor.

By POPULAR demand: The comms of the Chicago @Huntsmen during the 1v1 Game 5 Round 11 to make #CDLChamps Weekend! ? pic.twitter.com/gnpTnAetpZ

Next up are the Chicago Huntsmen, a team with a strong culture and dynasty. The Huntsmen just won one of the most thrilling series in Call of Duty History against Optic Gaming LA drawing over 150,000 viewers. We already know how key momentum is in a Finals series, and the Huntsmen are also very aware that they come from a city of greatness (their apparel has featured the number 23 in reference to Michael Jordan).

Now onto the Atlanta Faze, arguably the most dominant team in the series winning all eight of their home games. The Faze squad is led by two superstars Simp and Priestahh. However like another ATL team, (The Atlanta Hawks), they are also a very young team, and as we all know, youth can be a deciding factor in playoff and championship matchups.

Last but not least we have the London Royal Ravens, the underdog that nobody saw coming. Nobody expected this team to be in the top four, and the Ravens used that to their advantage to sneak up on opponents. To win the championship though, the Ravens would have to beat both Atlanta and Dallas after Chicago to win the championship. 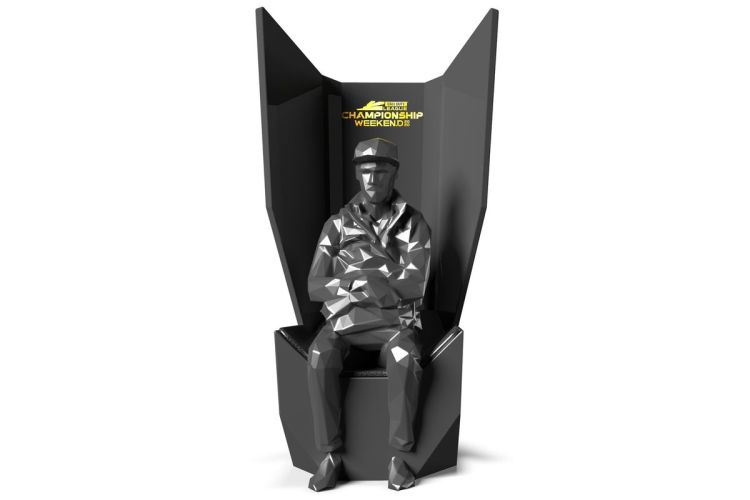 Now we move onto the schedule. The Elimination Semi- Finals kickoff at 2:00pm EST/ 11:00am PT with The Chicago Huntsmen against the London Royal Ravens. The Atlanta Faze will then face the Dallas Empire in the Elimination Bracket at 3:30pm EST/ 12:30 PT. The winner of the London/Chicago matchup will then battle the loser of the Atlanta/Dallas matchup to see who will battle the Atlanta/Dallas winner in the Grand Finals. From there the Finals will take place at 4:00pm EST/1:00pm PT on Sunday August 30th.

One thing’s for sure, this weekend will be extremely competitive as that 1.5 million will be up for grabs with every single one of those teams having a legitimate shot at the championship. However there also will be a quick turnaround time for all the teams, as the new patch released Tuesday, includes a change to the MP5. It will definitely be interesting to see how it all shakes out. In the meantime to get you pumped here’s our predictions for the Finals. May the best man win.

Aaron (ONE37pm): “I predict that the Chicago Huntsmen will win it all. They’ve got a lot of talent, and have proven themselves to be successful, especially in clutch situations."

Jael (ONE37pm): “I think Dallas wins it personally. They also have a lot of talent, but Shotzzy wants that ring (especially after being named MVP). MVP’s lead their teams to championships, and that’s exactly what I think he will do."