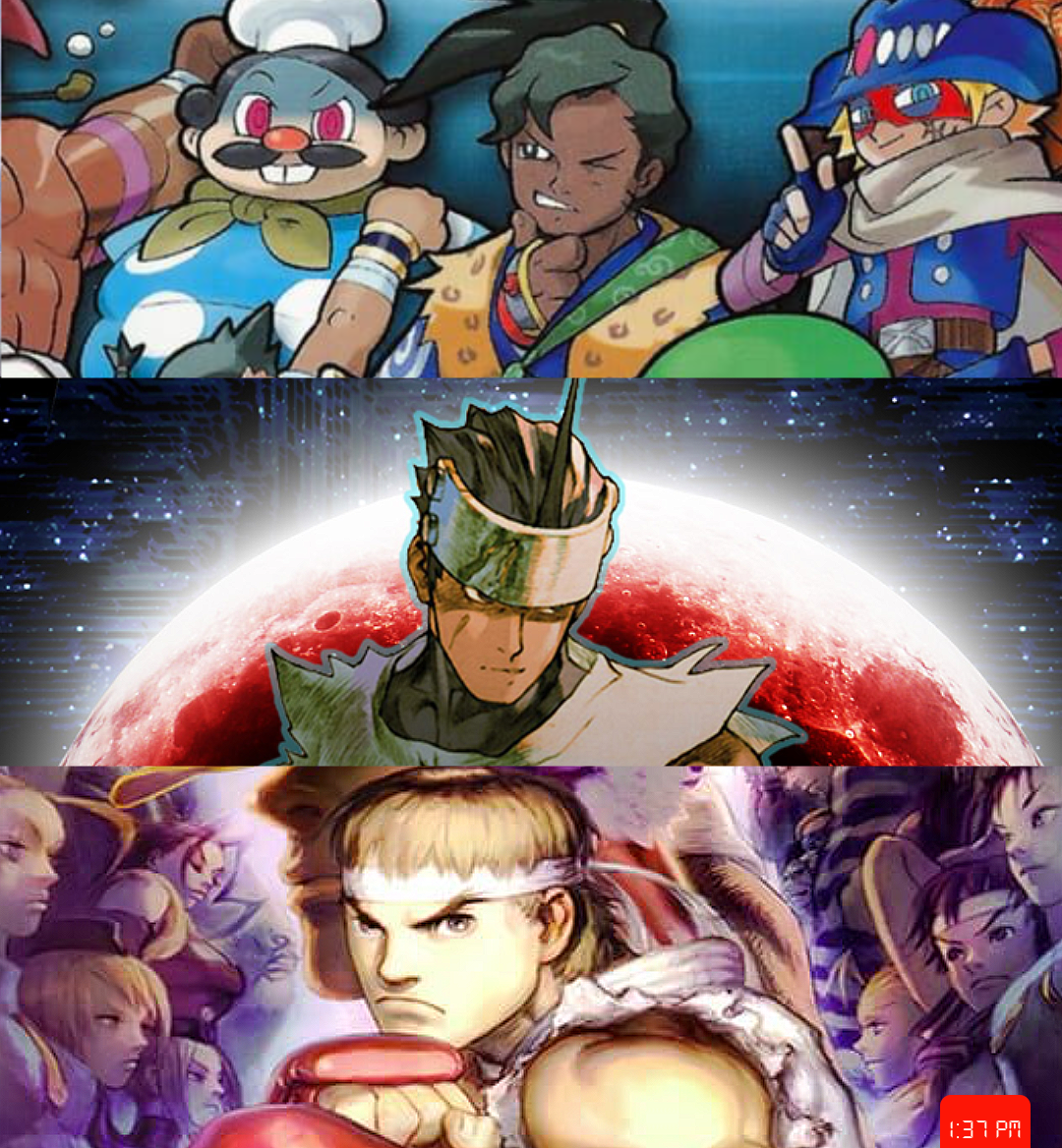 ALL HAIL THE CAPCOM GODS! To see my favorite gaming publisher/developer rise out of the doldrums of the "Crapcom" days and reemerge as one of the premier gaming giants in the industry has been remarkable. Smash hits, such as Resident Evil 7: Biohazard, Monster Hunter: World, and Devil May Cry 5, have reassured major Capcom fans that it still has what it takes to create high-quality games. And on the fighting game front, the initial reveal for Street Fighter 6 and the release of the Capcom Fighting Collection has breathed new life into the company's most reliable genre. Speaking of that collection, I love the fact that I can now play 10 classic 2D fighting games online with amazing rollback netcode supporting them all. Even still, there are still a bunch of old-school Capcom fighters that I'd love to see get the very same treatment. Which is why I've put together this list for my own personal Capcom Fighting Collection 2 wishlist. 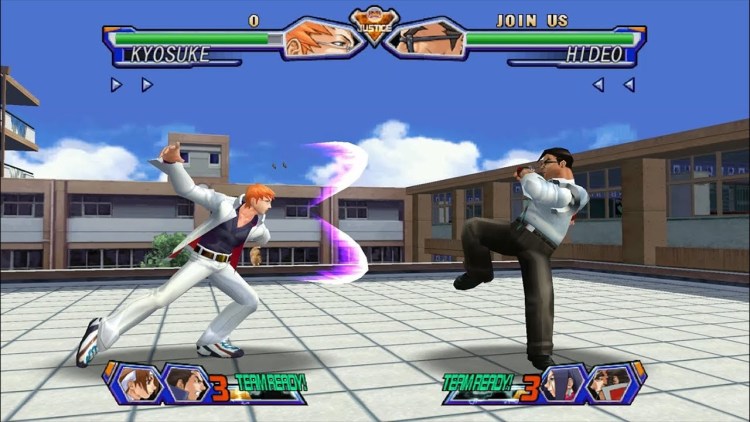 Okay so let's get back to something else that irked me about the Street Fighter 30th Anniversary Collection - it featured the base arcade release of Street Fighter Alpha 3, which is severely lacking when it comes to its roster in comparison to the home ports. Across its PlayStation, Sega Saturn, Sega Dreamcast, and Game Boy Advance renditions, the game expanded the roster by including OG "World Warriors" and even some familiar faces from the "New Generation." The version I'd love to play the most on modern consoles with rollback netcode is the one that's still stuck on the PlayStation Portable handheld, Street Fighter Alpha 3 MAX. That's the one that has 39 characters to choose from and that's the one that I need in my life all over again.

Now let's talk about Capcom's foray unto full 3D fighters! I still sing the praises of Rival Schools, even when the conversation has nothing to do with it. The whole concept centering around rival high school trios going into battle is still one of the most creative ideas I've ever seen for a fighting game. Packing the game's roster full of sports jocks, seasoned teachers, surly punks, and all types of other high school stereotypes gave way to me finding some of my favorite fighting game characters of all times. Now's the time to bring Rival Schools back in a future Capcom compilation. I'm just dying to hop online and put in work with Batsu and Roy!

The Dreamcast will always get my respect for being a treasure trove of amazing fighting games. And most of those games came from the king of the genre at the time, Capcom. Rival Schools got a noteworthy sequel on Sega's final console and it was a vast improvement over what came before it. The roster increased to feature some cool new series entrants and legacy character variations (Burning Batsu is godlike!). Now you could build teams of three instead of two, which led to some deeper pre-match strategies that players implemented when it came to what "Team-Up" and "Party-Up" attacks they wanted to use. I want Project Justice on modern consoles, Capcom! Make my dream come true here.

I was pretty adept at all those 3D weapons-based fighters during the 32-bit era of consoles. Battle Arena Toshinden, Soul Blade, and Bushido Blade definitely stood out as my faves. I also got in plenty of time with Capcom's foray into the sub-genre, Star Gladiator. If you've never played it, allow me to make you want to give it a shot after hearing this description - anime Star Wars! The main character has a lightsaber, the final boss is a straight rip of Darth Vader, and there's a girl equipped with plasma hoops that rocks Princess Leia's signature hoops hairstyle. If all of that sounds cool to you, you now realize why I hold this game in such high regard. I think I can still pull off Hayato and June's "Plasma Combos" - I'd love to test that theory online at some point.

Bilstein comes back with a vengeance in this sequel to Star Gladiator that originally launched on the Dreamcast. Plasma Sword: Nightmare of Bilstein changed things up by ditching the Plasma Combo System and going for a more traditional fighting game meter mechanic called the "Plasma Strike System." Now each character gained the ability to build meter and pull off snazzy super moves called "Plasma Strikes." The visuals got even better here, plus the combat moved at a faster pace. I'd be very open to seeing Capcom port Plasma Sword over to today's consoles and attach rollback netcode to it so I put in work with my Claire, Rain, and Blood.

If you still own a Dreamcast or PSP, be happy that you can still enjoy Capcom's arena fighter on either console. Power Stone fans still sing its praises and so do I. This one one-on-one fighter feels like Capcom attempting to craft its very own version of Super Smash Bros. And to many, that attempt came off as a major success. You can enjoy some casual fighting game fun here as it lets you pick up weapons and fling all sorts of hazards at your opponents. And once you collect all three "Power Stones," your character can transform into a super-powered version of themselves and pull off two incredible super moves. I'm pretty sure a lot of Capcom fans would be overjoyed at the announcement of this game getting re-released with rollback netcode attached to it!

Power Stone 2 went above and beyond to offer a refreshed experience for series followers. While it brought back the 1v1 battle component, it increased the default player count to four so that you and three other buddies could go crazy just wailing on each other. The stages got even wilder as they featured random occurrences that force you to run away from a raging boulder, fight on top of rival submarines, and even fall through the sky while everyone fights to grab an umbrella to float downward with. The four-player mayhem of Power Stone 2 needs to make its grand return in rollback netcode form. Falcon, Wang Tang, and Accel are most certainly worthy of a comeback! This party fighter is pretty much the perfect inclusion on my Capcom Fighting Collection 2 wihslist.

It's pretty clear that some of the older developers at Capcom loved all those classic Japanese mech-focused anime and TV shows. All you have to do is take a look at Tech Romancer to see why that statement has total validity to it. Studio Nue was tapped to create the towering fighting robots featured in this game, which all look amazing in motion. This mech-battler is all about landing big melee combos, setting off massive explosions with ranged attacks, and filling the screen with nothing but pure hype via super attacks & a "Final Attack." Tech Romancer's one of those obscure Capcom fighters that deserves a second lease on life via inclusion in a new fighting game compilation.

Now I'll be honest - I haven't heard a lot of good things about this Final Fight-focused 3D brawler. And from the looks of all the footage I've seen of it, I can see why it doesn't get a whole lot of love. Even still, I just want to be able to have it in my possession since it only launched as a Japan-exclusive for the Sega Saturn back in 2000. And that's because I just want to hop online and cheese with Cody, Haggar, and Sodom. If you haven't already, look up Cody's total Fist of the North Star-inspired super and Edi E's super that lets him chase his foe around in a damn cop car! Final Fight Revenge is such a wonky fighting game that I'd still gladly accept it as a part of a new Capcom fighting game gathering.