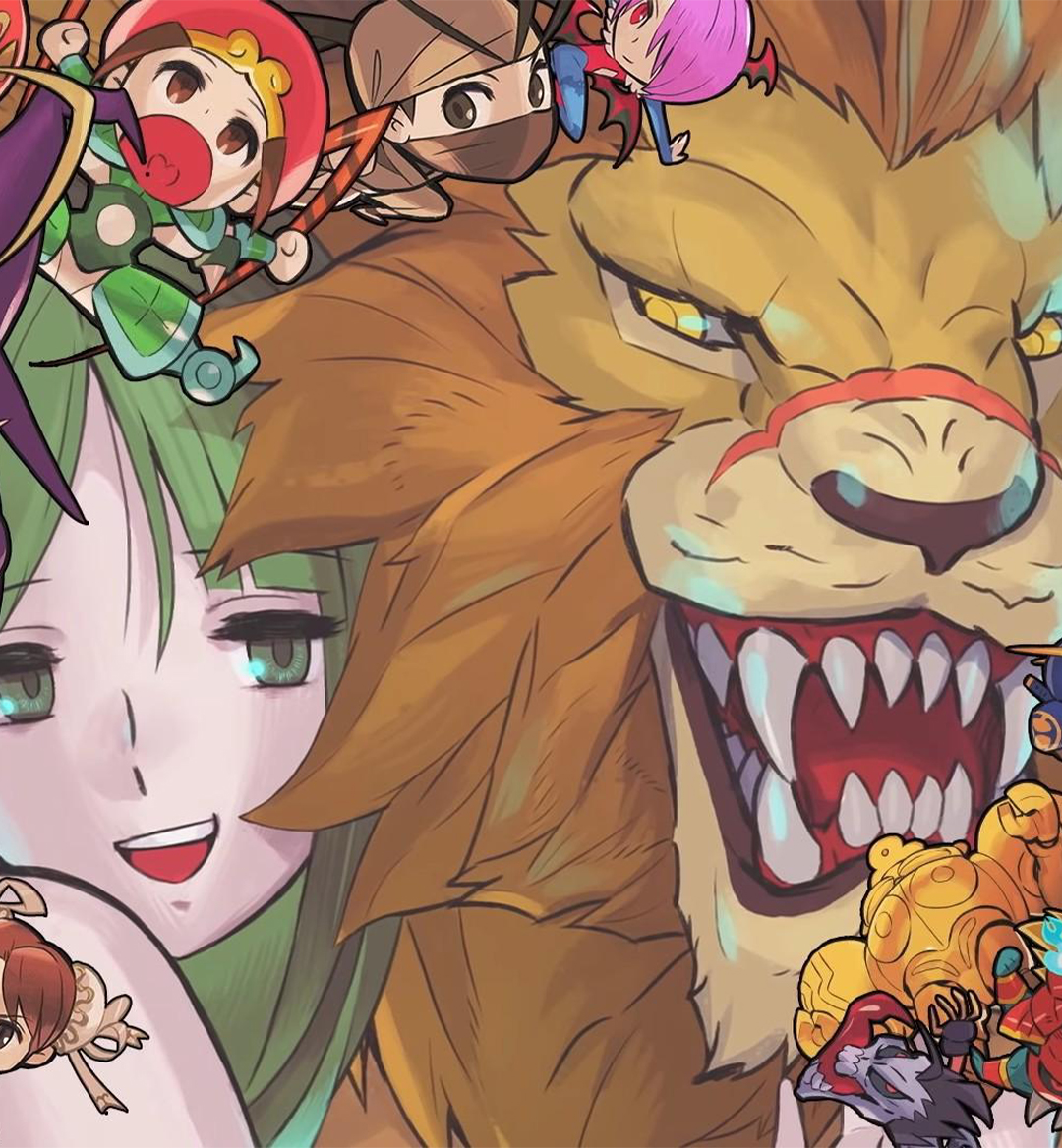 My name is Elton Jones and I'm a self-admitted Capcom Stan. My earliest years as a gamer mainly consisted of me wandering into random arcades to spend my allowance on constant replays of Street Fighter II, X-Men Children of the Atom, Marvel vs. Capcom 2, and a host of other classic 2D fighters. And as I matured into the seasoned gamer I am today, I finally wrapped my head around the special move and super move inputs contained within Capcom's long line of 2D & 3D fighters. With all that info on the table, you can imagine my excitement at the announcement of the Capcom Fighting Collection. To have a compilation within my grasp that compiles several of those classic Capcom coin-ops and be able to play them online via rollback netcode is simply a dream come true. Now's the time to speak on all those great aspects within my Capcom Fighting Collection review.

Now I must admit - throwing five Darkstalkers games onto this compilation is certainly a bit much. And that's coming from someone that never gets tired of Morrigan's cameos in Capcom's "Vs." games series! I honestly feel the first Darkstalkers, Night Warriors: Darkstalkers' Revenge, and Darkstalkers 3 (Vampire Savior: The Lord of Vampire) would have worked just fine as the series releases included here. Even still, those two extra updates to the third game are no longer Japanese exclusives and that's admirable at least. But I would have been much happier if Street Fighter Alpha 2 Gold and Street Fighter Alpha 3 MAX were included in place of those games. The rest of the games included in this assemblage are definitely worth hopping into, though! 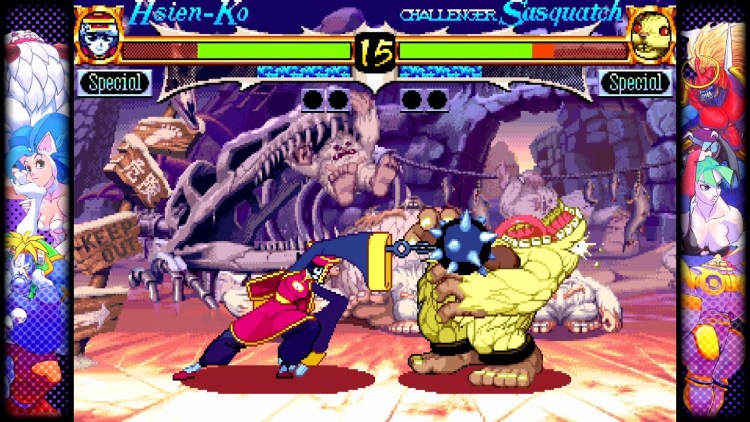 Hyper Street Fighter II: The Anniversary Edition, which is the definitive version of arguably the greatest fighting game of all time, is finally playable on modern consoles. The same sentiment applies to Super Puzzle Fighter II Turbo, Super Gem Fighter Mini Mix, Cyberbots: Full Metal Madness, and especially Red Earth. In regards to that last selection, it's incredible that that game is finally not trapped in its original arcade home anymore. Red Earth stands out the most here as it offers a fun RPG format that pretty much acts as a boss rush mode. And the fact that you can use either of the four main characters in online battles is something I didn't even know I wanted until now.

Running through the arcade modes for each game in this collection is a warm reminder of my childhood days, which is a major factor in my overall enjoyment of it. The added visual overlays, EX Settings, and assorted Fighter Awards offered by each title also give players even more reason to return over and over again. For first-time players of each game, it's cool that one-button special/super moves and button configurations that instantly activate certain characters' moves are accessible if you're looking to have some casual fun. 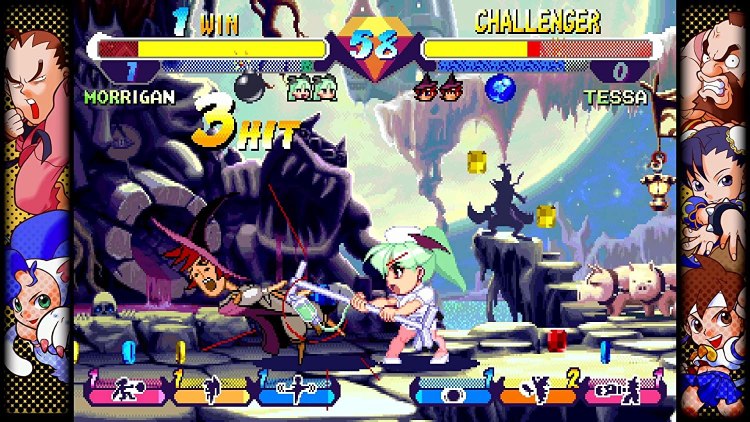 Now the main draw of the Capcom Fighting Collection is its implementation of online rollback netcode for every game included here. And thankfully, it runs as smoothly as I hoped it would be. The online options at play here include Casual Match, Ranked Match, and Custom Match. Plus you have the ability to play either the American/Japanese versions of each game, enable cross-region matchmaking if you'd like to compete against all those killers in Japan, and turn on/off one-button special moves (make sure it's off at all times, people!). You'll get a ton of mileage out of being able to play most of these games online via consoles and also have the chance to play these games for the first time ever in a local/online setting on said consoles. 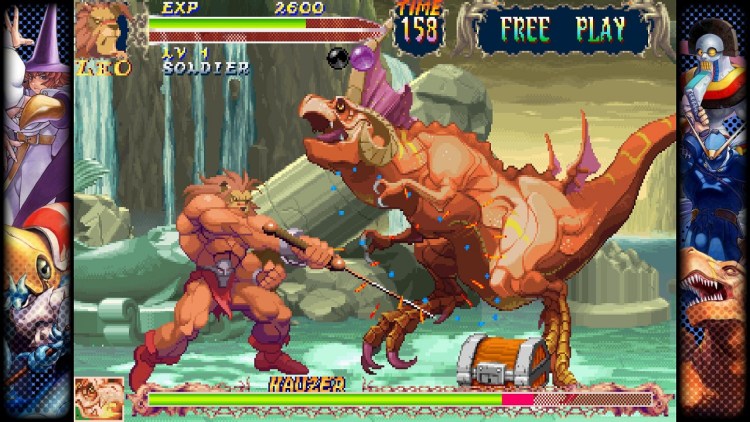 Another reason why the Capcom Fighting Collection is worthy of adding to your retro troupe is its Museum mode. Now the Gallery's inclusion of beautiful art for every game is cool and all. But it's the brand new music compilations composed by prominent producers that lend the Museum so much more value. Knxwledge's tracks stand out the most (I'm clearly biased towards him since he's one of my favorite producers), but the rest of the original beats provided by the featured producers are just as good. And of course, you can jam to every game's OST by default.

Capcom Fighting Collection is clearly a love letter to the good old days of the Japanese publisher/developer's fighting game dominance. Finally being able to take Super Gem Fighter Mini Mix, Cyberbots: Full Metal Madness, and Red Earth online via consoles is such a blessing. And having the convenience of playing all the other games on modern console hardware leaves me with the exact same sentiment. Having five Darkstalkers games take up the majority of this collection is my main complaint here. But it's not enough to keep me from recommending this compilation as a whole. Here's hoping my Capcom Fighting Collection review convinces you to hop into some furious online battles within the 2D kings of the genre.

The 12 Best ‘Street Fighter’ Games of All Time