A Throwback to 15 Different Video Games Based On Classic Cartoons

A blast from the past 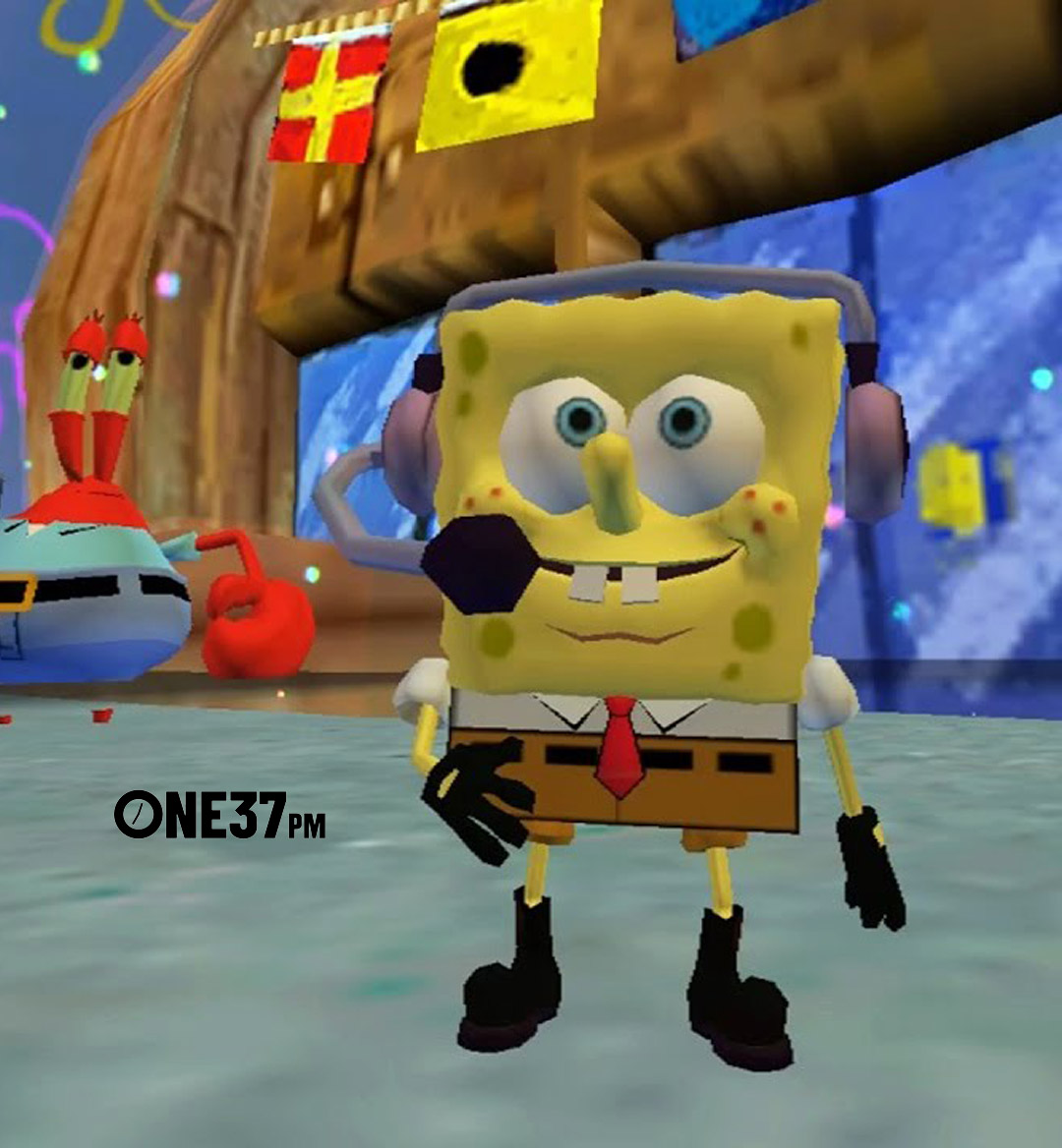 Maybe it has something to do with quarantine, but if you are anything like me, then you have probably been experiencing massive feelings of nostalgia as of late. I was speaking with a friend recently, and we were reminiscing about our favorite childhood cartoons and video games. That conversation eventually sparked a debate on which animated series had the best accompanying video game. I grew up in the early 2000s—an era where loads of legendary cartoons were on the air at the same time, and I realized that many of my best gaming experiences came from the games associated with those cartoons. So I thought it would be interesting for the ONE37pm team to revisit a few of those titles, and experience that childhood joy again. Here is a throwback to 15 different video games inspired by classic cartoons.

This game was way more difficult than what I imagined it would be. I originally thought Beach Bandits would be similar to its prequel Rocket Power: Team Rescue where you participated in different skating missions. Boy was I wrong! Beach Bandits was a full-on ‘investigation game’ where you had to take down a company called Golem Industries after finding out they were the ones responsible for stealing all of the sand on the beach. Along the way, you also had to battle Tsunamis, evil robots, an earthquake machine, and plenty of other random obstacles.  I know from a review standpoint this game wasn’t highly rated, but I do believe Beach Bandits was a more cohesive game than Team Rescue. You still got to skate, but the storyline was more entertaining in my opinion. A great game for sure!

Many members of the ONE37pm team are huge Looney Tunes fans, so we definitely had to get a Bugs Bunny game on this list. Double Trouble was unique because you were actually operating in Bugs Bunny’s dream. You had to time travel as Bugs through four different levels in a haunted castle while trying to defeat Gossamer and Yosemite Sam, and but the defeat somehow led to you being stuck in outer space. My mother loved this game and said it was perfect.  I’m not sure if that means anything, though.

You’ll be hard-pressed to find a better game than Teenage Mutant Ninja Turtles. It was probably the most popular and in-demand game for a while, and they had a stand-alone version in the arcade with long lines of people waiting for their turn. You could play with four people at a time, and the game was straight fire. Years later, the original Ninja Turtles game remains iconic.

4. Jimmy Neutron: Attack of the Twonkies

Attack of the Twonkies was one of the most chaotic games that I have ever played. Seriously. The game was based on the Attack of the Twonkies TV special, but it took things a step further by making you battle ‘grompers’ (twonkies in their evolved state) and ‘specialty monsters.’ The ‘Thunderstorm Battle’ was the ultimate test of skill, and I was stuck on that mission for a few days. Attack of the Twonkies is an underrated game that didn’t get its due, and I have fond memories of playing this game on the weekends. It took me about a week to beat, and I wound up playing it again a couple of years later. While Boy Genius was also a decent game, I believe Attack of the Twonkies was the better of the two.

Something is seriously wrong with you if you didn’t like Ed, Edd n Eddy. Now, this title wasn’t my favorite cartoon game, but it served its purpose. You could play as either Ed, Edd, or Eddy, and you had to scam your way through six different levels to get enough money to buy jawbreakers. Yes I know it sounds a bit ridiculous, but I would be lying if I said it wasn’t hilarious putting your scamming skills to use. Ed, Edd n Eddy only had three games during its duration, and this one is widely considered the best. I would have to agree.

It is kind of hard to put into words just how big Avatar was during its heyday. Even people who weren’t heavily into anime watched the show religiously, and The Last Airbender video game was highly anticipated. I enjoyed this game a lot. You could choose to play as either Aang, Haru, Soka, or Katara, and you had to help Aang (Avatar) master the four elements to bring peace across the four different nations. The storyline was interesting, and there was never a dull moment. I would play it again if I still had my PS2!

7. The Adventures of Batman and Robin

This SNES classic, The Adventures of Batman and Robin, was a platformer fighting game where you played as both Batman and Robin to save the city of Gotham from Joker. Batman games have become so advanced that it is easy to write this one off when it comes to the all-time list, but Adventures was groundbreaking in many different ways. The mechanics of this game were very similar to what Batman fans had come to know and love by the year 1989, and the equipment was also stellar. The music and visuals were outstanding, making the game even more enjoyable.

Codename: Kids Next Door was one of my favorite cartoons growing up, so of course I had to add the game to my collection. Codename only had two video games based on the series, and to me, this was the better of the two. Every single dangerous villain that the Codename Kids put behind bars through the seasons had escaped, and you were given the task of recapturing them. You also got the opportunity to play as all of the Codename characters, and the gameplay mimicked the series. Not too shabby!

Nicktoons Unite was one of the best games I have ever played. Unite was kind of like an early ‘Ultimate Smash’ in the sense that it featured just about every major Nickelodeon character at that time (Spongebob, Jimmy Neutron, Danny Phantom, and Timmy Turner). The plot was interesting as you had to battle an evil plan put together by the villains of each series. For some reason, most cartoon games from the early 2000s period received negative reviews from critics, and I can’t really put my finger on why. Some criticized the monotony of the gameplay, but it never bothered me.

Mojo Jojo was up to no good yet again in this one, and as usual, The Powerpuff Girls had to step in and save the day from his destructive antics. This was another crazy storyline that is hard to explain if you didn't actually play the game. In short, Mojo Jojo opened up a huge can of worms by stealing a van containing ‘electoral votes’ in the attempt to steal the mayor's election in his favor. Apparently, the stolen van contained exclusive pickles, and Mojo’s rampage sent ‘stolen pickle’ transmissions to a dangerous group called the Pickloids leading to a Pickloid Townsville invasion. It took me two weeks to beat this game (a record for me at that time). Thanks, Mojo Jojo.

Driving games where you can wreak havoc are always amusing, and The Simpsons cast never fails to bring mischief. A play on the Crazy Taxi formula, Simpsons Hit and Run had players suit up as different Simpsons characters and attempt to drive other characters from the show to different places throughout Springfield. You could approach this game in two different ways. Either you could drive around like a normal law-abiding citizen (boring), or you could choose to attack pedestrians and destroy buildings. The game itself was hilarious and provided many off-beat puns and references that only Simpsons fans would understand. The actual cast voiced the game making the experience even more enjoyable.

All hail the almighty Ducktales! Another NES legend, Ducktales, was five different levels of gaming heaven where you could explore the world as Scrooge McDuck. You could use Scrooge’s cane to throw objects and attack enemies while on your quest to discover enough fortune to make you the richest duck in the world. The game took you from Africa all the way into outer space and was rich in adventure and experiences. Ducktales was one of the first non-linear games to ever be created, making it ahead of its time.

Castle of Illusion was essential to the legacy of both the Illusion video game series and the SEGA video game console. This game was well received and did some pretty big numbers upon its release. Playing as Mickey Mouse, you had to rescue Minnie from the evil witch Mizrable, but in order to do so, you had to find the ‘Seven Gems of the Rainbow.’ Illusion captured the magic of 80s/90s Disney games beautifully and paved the way for later releases.

A first-person shooting game, South Park gave you the option of controlling one of the show's four main characters (Kyle, Cartman, Kenny, or Stan), and you had to defeat enemies through various stages in order to advance to the exit point. The game was released in conjunction with the 1999 South Park film Bigger, Longer, & Uncut, and was received well on the N64 version. As for PC and Playstation, South Park received negative reviews due to the terrible graphics, and voice acting, but we still have a soft spot for it. The popular series has since gone on to release several other games with the most recent release, South Park: The Fractured but Whole, being in 2017.

I know this game was based on The Spongebob Squarepants movie, but I absolutely had to include it on here. Out of all the video games I have played in my life, this game remains the only one that I have never beaten, not because of its difficulty, but because Spongebob and Patrick were too annoying. The two never stopped talking (even during tense moments), and I’m pretty sure the Krabby Patty car was making Patrick hungry because he kept mentioning making a Krusty Krab stop. Jokes aside, many of my elementary school friends enjoyed this game, and I’ll admit that I did have some fun too. You can definitely make the argument that this was the most dynamic out of all the Spongebob games, and it didn’t disappoint in terms of enjoyment and comedic relief.

In the words of Bugs Bunny ‘That’s All Folks.’ We hope you enjoyed this article, and we will back with a sequel in the near future.