The 25 Best Multiplayer Games on Steam 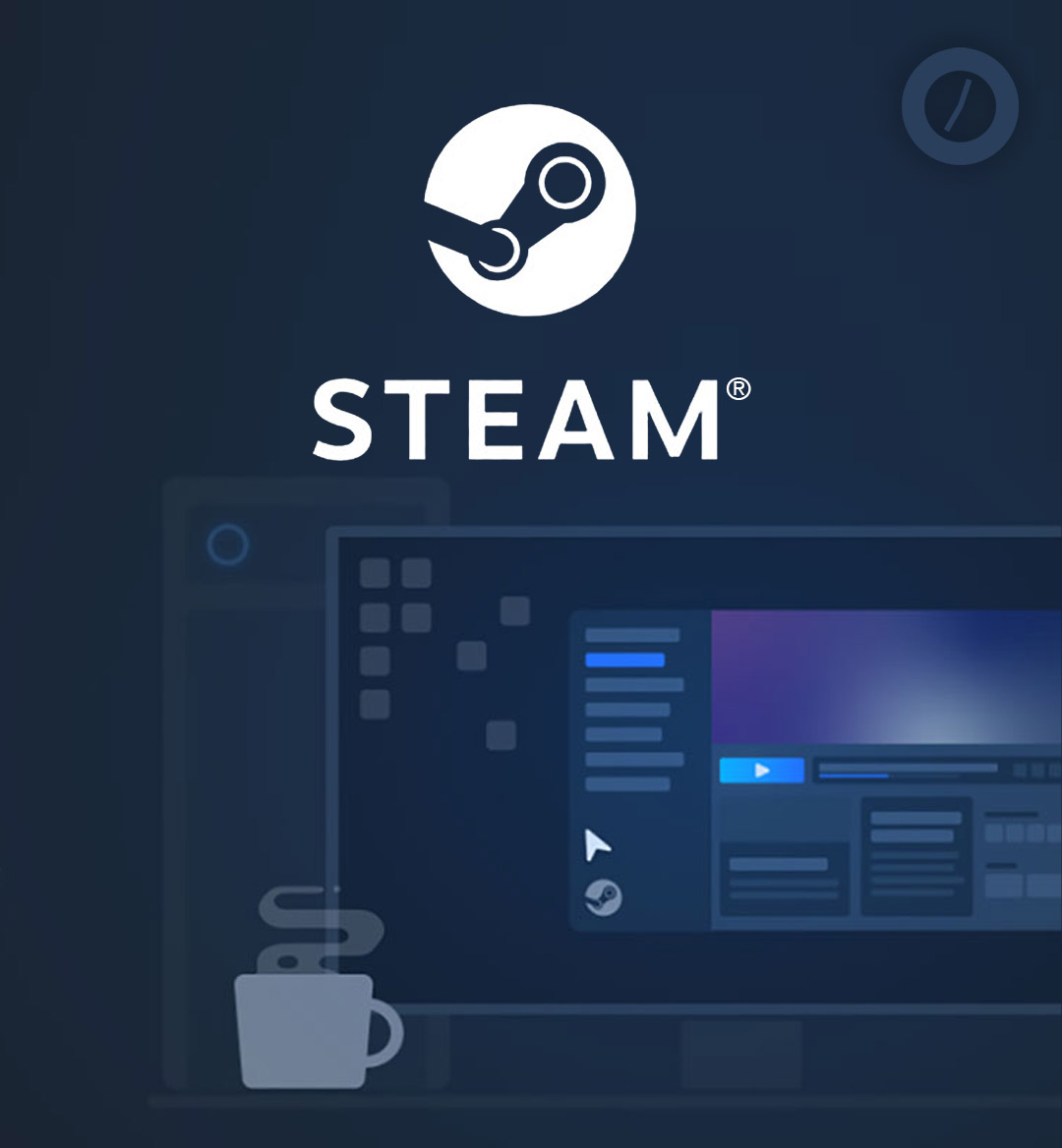 Since 2003, Steam has been a place for gamers to interact on all things gaming. Originally known as a Counter-Strike hub, Steam has since expanded to become a growing library of PC games. Multiplayer gaming has always been a cool way to play some of your favorite games with or against your friends and peers. So here is a list of the 25 best multiplayer games on Steam.

Created two years ago, Among Us has been dominating over the last couple of months. The outer space themed game allows you to put your detective skills to the test as you try to find out who the ‘impostor’ is in your group. Among Us can be played online or via local wifi in groups of 4-10. It was recently reported that the game averaged nearly 60 million views on YouTube in the month of September alone.

Have you joined the Fall Guys party yet? If not, it’s never too late to get in on the action. The Battle Royale game can feature up to 60 players as gamers duck, dodge, and jump their way through various different matches. After a wildly successful first season where the game had almost 18 million monthly active users worldwide in the month of September, Fall Guys is back in action for Season two. So grab your friends (all of 60 of them), and join the madness.

If you and your friends are in the mood for a ‘psychological thriller,’ then Phasmophobia is right up your alley. The ‘paranormal’ game features a four player online co-op where the objective is to successfully hunt ghosts. With over two million in sales so far, the game was created by developer Dknighter as his first major game.

This masterpiece of a game still remains a Steam bestseller two years after its release. By now, many are familiar with the Red Dead Redemption series as this version follows the story of outlaw Arthur Morgan and the Van der Linde gang. With nearly 200 ‘Game of the Year’ awards, now would be the perfect time to try the game out, if you are looking for an adventure.

Taking it back to 2017, it might be worth it to try Ark: Survival Evolved. The game is the literal definition of the term ‘survival of the fittest’ as gamers have to learn survival skills while stranded on an Island. The game requires a certain amount of critical thinking, so you and your friends will have to consistently work together in order to be successful.

For those that are in the mood for the ultimate pirate experience, Sea of Thieves is the perfect adventure. The game will find you taking on the role of a pirate while completing different voyages throughout your journey. Players will also encounter fighting, treasure hunting, riddles, and more.

Have you ever wondered what it would be like to fight music? No? Well we weren’t exactly thinking of it either until last year when Beat Games released the popular multiplayer Beat Saber game. The objective is to simply destroy the beats of music as they fly towards you.

If you’re looking to conquer an action MMO that you haven’t played yet, then Destiny 2 is one that you and your friends should consider. The game is a first-person shooter game allowing players the option to come and go at any time. Destiny 2 was released in 2017, and still remains a Steam top seller. With Destiny 2: Beyond Light launching next week, now would be a great time to get in on the action.

Monster Hunter: World is another oldie, but in this installment players take on the task of hunting and battling monsters in different locations. So if you enjoy the “monster” experience, this is the game for you.

What’s life without GTA? While most of us have played the classic game on Playstation and Xbox, GTA V offers a different experience on PC as they continue to explore the life of crime in Los Santos and Blaine County. The game can hold up to 30 players and 2 spectators, while giving the ultimate 4k experience complete with various different customization options.

Another ‘household gaming classic,’ Resident Evil is sure to give an adventure as gamers will have to deal with flesh eating zombies as an effect of a virus outbreak. The game is a modernized version of the 1998 edition, and provides updated camera controls and visuals.

If you are really looking for a throwback, you might want to consider the action-adventure sandbox-style game Terraria. In this game, you and your friends will explore the world while building, crafting, and fighting. The 2D game has drawn comparisons to Minecraft, and has loads of different gameplay adventures depending on which choices you make.

This game requires top-tier skill and patience as you engage in a battle of terroristic warfare. Counter-Strike first hit the scene in 2000, and has remained a force in PC gaming for over the past two decades. Counter-Strike is currently ranked as the world’s number one game, and will provide a challenge as you try to move through each mission.

The Doom series first dropped in 2016, and this year saw a resurgence in the popularity of the game with the release of Doom Eternal. In this game, you will have to become the slayer as you deal with armies from Hell who have invaded Earth. Doom Eternal also features the exclusive Battlemode feature, where you can experience a new 2 versus 1 multiplayer mode in a best of five matchup.

If you are looking for another survival horror game, then Left 4 Dead 2 is another cool game to play. Left 4 For Dead 2 follows up the original classic, and takes you through a post-apocalyptic world where you fight psychotic zombies to achieve survival through five different campaigns.

You can never go wrong with a Battle Royale game, and the recently released Apex Legends is a fun new game that you can enjoy with your friends this holiday season. In this next ‘evolution,’ you’ll get the chance to battle with legendary characters, while using different strategies as you power your way through the game, giving you the complete ‘Battle Royale’ experience.

This 4 versus 1 asymmetrical multiplayer horror game will have you scratching your head as you and your friends battle each other. One player will assume the role of the savage killer, while the other four will take on the roles of the survivors who are trying to avoid being killed.

In Battlefield V, you and your friends will get the chance to battle in World War II, where you will have a complete lineup of the best weapons, vehicles, and gadgets from Year 1 and Year 2. You will also get the chance to go war with the best roster available, while working with two weapon skins from Year 2 as well.

A sequel to Defense of the Ancients, Dota 2 is a beloved Valve classic that challenges you as you battle as one of a hundred Dota heroes. The gameplay constantly evolves as you make progress, causing you to consistently use your critical thinking skills.

This fantasy MMORPG game has been a staple of PC gaming culture since its January 2001 release. To date, RuneScape has boasted over 200 million accounts, and takes players through a journey as they travel through the fantasy world of Gielinor while encountering different kingdoms, monsters, and challenges.

If you are looking for another survival game to battle abnormal circumstances, then DayZ is the game for you. Once again you will have to fight to stay alive and healthy as you endure plague conditions during a zombie outbreak in the post-Soviet Republic of Chernarus. You’ll have to get it right the first time though because there’s no save or checkpoint options (meaning you can’t die).

Released in October 2020, Star Wars: Squadron is a great game for all of the Stars Wars fanatics out there. The space combat game is set in Star Wars Universe and offers a multiplayer mode where you and your Squadron can participate in multiplayer space dogfights.

If you are looking for another cool shooting game to play alongside others, then Borderlands 3 is another fun game to try out. With four new vault hunters, and new worlds to experience, Borderlands 3 takes you on a ‘mayhem-fueled thrill ride’ as you try to stop the Calypso Twins from taking over the galaxy’s ultimate power. The game experienced a boost when Fortnite featured one of its skins, and remains one of the top multiplayer games on Steam.

What would happen if you were to inherit a farm. For some of us that might actually happen in our lifetimes, but for others it won’t. For the latter, however, you can get the next best thing in Stardew Valley where you’ll inherit your grandfather’s old farm plot. During the game, you will be tasked with the responsibility of transforming an overgrown field into a farm, while helping to restore the Stardew Valley community.

While they are plenty of other great multiplayer games on Steam, these are the ones we thought were the best. So this is the holiday season, be sure to get a group together and have some fun.