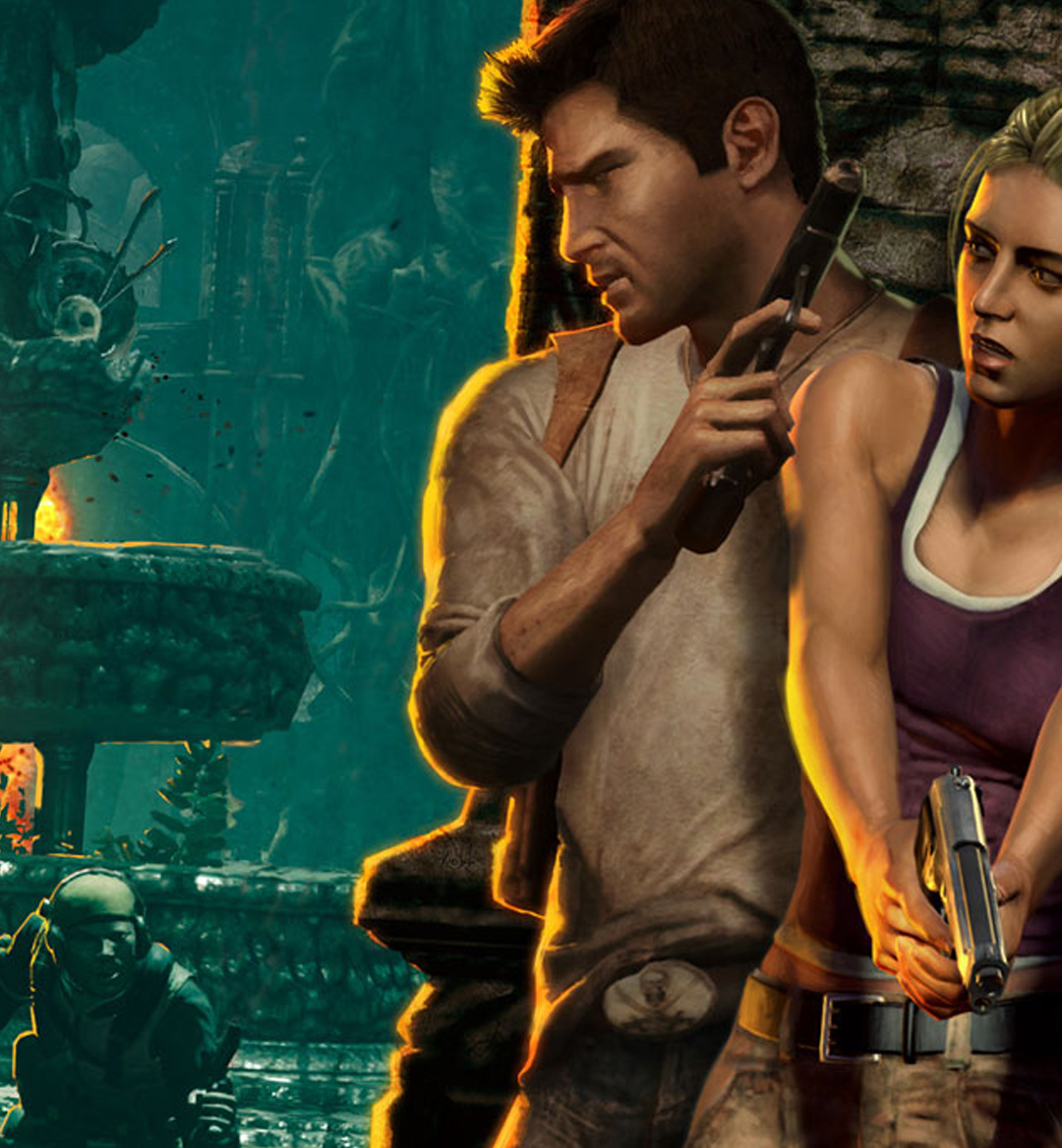 The globe-spanning escapades Nathan Drake once embarked on have come to a close. The final chapter of Uncharted 4: A Thief’s End offered closure to PlayStation’s celebrated treasure hunter and gave his fans a wholesome farewell.

From the debut of Uncharted: Drake’s Fortune right on up until The Lost Legacy DLC expansion, Naughty Dog provided gamers with fulfilling experiences on par with the most exciting parts from Indiana Jones films. Nate, Sully, Elena, and much of the game’s other beloved cast members wowed the PlayStation faithful as they got caught up in tightly tuned third-person firefights, nail-biting platforming sections, tricky puzzle sequences, and engrossing plotlines. The Uncharted series encapsulates the best parts of the action/adventure genre and is synonymous with PlayStation’s finest first-party IPs.

If you’re on the lookout for exceptional games that offer the best bits and pieces of Uncharted, then you’re in luck. The recommendations on this list offer a nice mix of fierce third-person combat, valuable secrets to uncover, a riveting narrative, and brainteasers galore. Uncharted’s foundation remains strong to this very day and these games maintain the same high standard that’s attached to Nathan Drake’s award-winning expeditions.

The comparisons made between Nathan Drake and Lara Croft are plentiful. Both are avid “tomb raiders,” regularly find themselves in the middle of a gunfight, and always seem to escape the clutches of death at the very last second. Lara’s reboot trilogy brought the OG archaeologist of gaming back to mainstream prominence. And all three games are the very best of her harrowing adventures. Tomb Raider (2013), Rise of the Tomb Raider, and Shadow of the Tomb Raider chart the progression of Lara from a fragile survivor to an apex hunter. There’s so much to shoot, collect, climb, and leap off of in Lara’s latest tomb raiding travels.

If you’re on the lookout for an open-world adventure that places you in the types of lush locales Uncharted is known for, then Horizon Zero Dawn might just be the perfect fit for you. You play Aloy, a young heroine who sets out on a journey to uncover her origins. Animalistic machines overrun the world she inhabits, which she engages in fierce battles with. The base game and The Frozen Wilds expansion give you more than enough quality gameplay to stay busy with. While you won’t be running into every skirmish with guns blazing, Aloy’s vast array of arrows and traps do the trick just fine.

While the live-action half of Quantum Break isn’t much to write home about, its third-person gunplay proves to be far more enjoyable. This Remedy Entertainment release lets you take on the opposition with time manipulation abilities and an assortment of firearms. Those aforementioned abilities deliver cool results, such as trapping enemies inside a time bubble and lighting them up with bullets once their temporary prison subsides. Quantum Break is a slept-on shooter full of hype-inducing enemy encounters and a trippy storyline that entices you to get to the very end.

The second Remedy Entertainment selection on this list of Uncharted-like third-person shooters is the trippy experience called Control. You take “control” of Jesse Faden, a young woman who ventures inside a mysterious building connected to the Federal Bureau of Control. While in search of her missing brother, Jesse encounters a dangerous entity known as the Hiss and must dispose of them to get the answers she seeks. Getting to the bottom of the FBC’s paranormal troubles involves a whole lot of shooting, levitating, and telepathic powers that make Control’s combat encounters a joy on every occasion.

The Max Payne trilogy defines what it means to be a story-driven shooter that makes you care about everyone and everything that happens between each firefight. The first Max Payne, The Fall of Max Payne, and Max Payne 3 all touch on the titular main character’s physical and psychological conflicts. Max Payne 3 is easily the best in the entire franchise as it offers the most refined version of the series’ signature “bullet time” mechanic. Diving across a table in slow motion and blasting some nameless goons with a single shotgun blast never gets old. Remedy Entertainment is one of the top development teams when it comes to producing quality third-person shooters with enticing plot details.

While Naughty Dog’s The Last of Us games stay away from the more cheerful demeanor of Uncharted’s Nathan Drake and friends, it incorporates an equally strong third-person cover-based shooter system. And its far darker and heart-tugging storyline provides further proof that Naughty Dog has mastered the art of great video game storytelling. The first and second game delves into a post-apocalyptic world where the last surviving humans must rebuild society and contend with a zombie-like menace. Following along with Joel and Ellie’s budding relationship is a fascinating experience in the first game, plus getting to play as a grown-up Ellie is equally immersive in the sequel.

So the Uncharted series takes place in a modern-day setting full of ancient trinkets to search for. Nathan stays on the move as he ventures to out-of-the-way locales that may be hiding evidence of past civilizations and historical secrets. If that part of the Uncharted experience really captured your interest, you should perhaps give Ubisoft’s Assassin’s Creed series a spin. Each game places you within different historical periods as a highly trained assassin. The earlier titles in the series are of the non-action RPG variety tied to the later games. From the very first Assassin’s Creed right on up to Unity, you’ll get to venture through history’s most impactful periods in a bid to wipe out the Templars and discover the deeper meanings behind ancient history.

Nathan got his hands on a grappling hook by the time A Thief’s End rolled around. Plus his hand-to-hand skills got even better during his final treasure-hunting trek. His rambunctious encounters with criminal organizations pit him as a conquering hero who’s out to preserve history and keep rare goods out of the hands of ne’er do wells. Bruce Wayne aka Batman does all that and more in the Arkham series, which includes Arkham Asylum, Arkham City, Arkham Origins, and Arkham Knight. These third-person action/adventure classics put you behind the cape and cowl for some villain busting and easter egg hunting in different parts of Gotham City. Taking out groups of thugs with Batman’s brutal hands, feet, and gadgets stay fun throughout all four games.

Resident Evil 4 is one of the greatest games of all time and you most likely knew that already. But if you’ve grown a bit spoiled by Uncharted’s sunnier locales and blockbuster movie explosions, then Resident Evil 5 may be the better option to consider. Resident Evil 5 lets you go it alone or brave bio-terror threats with a co-op friend in tow within a fictional region in Africa. The usual scares of the series may not be there, but this sequel’s healthy offering of chaotic action sequences and heart-pounding vehicle sections are perfect for Uncharted fans. There may not be a whole lot of climbing and jumping in Resident Evil 5, but there’s sure a whole lot of shooting and punching to keep you entertained.

If you’re still on a third-person shooter, survival horror high after beating RE5, then you’ll want to keep the scary vibes going with The Evil Within series. Both the first release and its sequel bask in the hair-raising scares that come with confronting the terrors of one’s own inner fears and regrets. Those psychological threats come in the form of horrifying creatures that are relentless once they get a sniff of you. Check out The Evil Within if you’re up for some wild chase sequences, tons of baddie blasting, and a whole bunch of jump scares.

Ignore the naysayers when they speak on this game in a negative light – it holds the title as one of PS4’s most slept-on games and an IP that deserves a second go-round on PS5. The Order: 1886 threw players into a realm where the Knights of the Round Table existed as an opposing force against half-breed beasts. The game’s visual fidelity is still off the charts when compared to the PlayStation exclusives that came after it, plus its mix of standard and unconventional weaponry spiced up its hype shooting segments. Sure, the werewolf encounters were repetitive and the experience as a whole ended way too soon. But don’t let those negatives stop you from giving The Order: 1886 a full playthrough.

12. ‘Marlow Briggs and the Mask of Death’

Nathan Drake clearly took inspiration from cinematic icons such as Indiana Jones. The hero at the center of this title also knows a thing or two about braving ancient and modern threats himself. But he doesn’t wipe out his enemies with an arsenal of guns, however – Marlow Briggs chooses to dish out punishment with powerful melee weaponry. Marlow Briggs and the Mask of Death is a summer blockbuster experience that embraces the zaniness of its plot. This game takes the Uncharted formula, does away with the guns, keeps the exotic setting, and lets players vanquish the enemies of freedom itself in the most thrilling ways possible.

Uncharted’s multiplayer suite was way better than it had any right to be. The well-tuned shooting, rolling, and jumping mechanics seen in the single-player campaigns matched up well with the competitive multiplayer’s inclusion of Mysticals (power-ups) and treasure hunting elements. As for Strange Brigade, it moves into the co-op realm for its rendition of thrilling adventuring. You and your band of fearless explorers set out to take on tons of fantastical foes, such as giant scorpions, mummies, and minotaurs. There are traps that everyone will need to steer clear of, magical powers to tap into, and a whole lot of experimental weapons to employ within Strange Brigade.

Picture this – Uncharted without the third-person viewpoint and gunplay. Instead, set it up as a first-person shooter set in the late 1930s where you live out your childhood Indiana Jones dream scenarios. That enticing premise is at the center of Deadfall Adventures, which puts you in the boots of a famous adventurer known as Allan Quartermain. Prepare yourself for some nail-biting exchanges with Nazi soldiers and supernatural beasts as you set out on a grand journey to uncover the fabled “Heart of Atlantis." You’ll also need to put your thinking cap on for numerous puzzle-solving segments and keep an eye out for those dreaded booby traps along the way.

Do you know what fantasy matchup would be pretty cool to see? Nathan Drake and the Prince competing to see who can get to the top of a massive mountain with the fastest finish time first. While we appreciate Nathan’s masterful maneuvering skills, we think the Prince has a slight edge over him when it comes to quickly moving from point A to point B. If you’re in the mood for some complex yet fun platforming gameplay and acrobatic sword fights in a fantastical realm, then the 3D Prince of Persia trilogy should keep you entertained. Be sure to spend some time with The Sands of Time (which is getting a remake, by the way!), Warrior Within, and The Two Thrones.