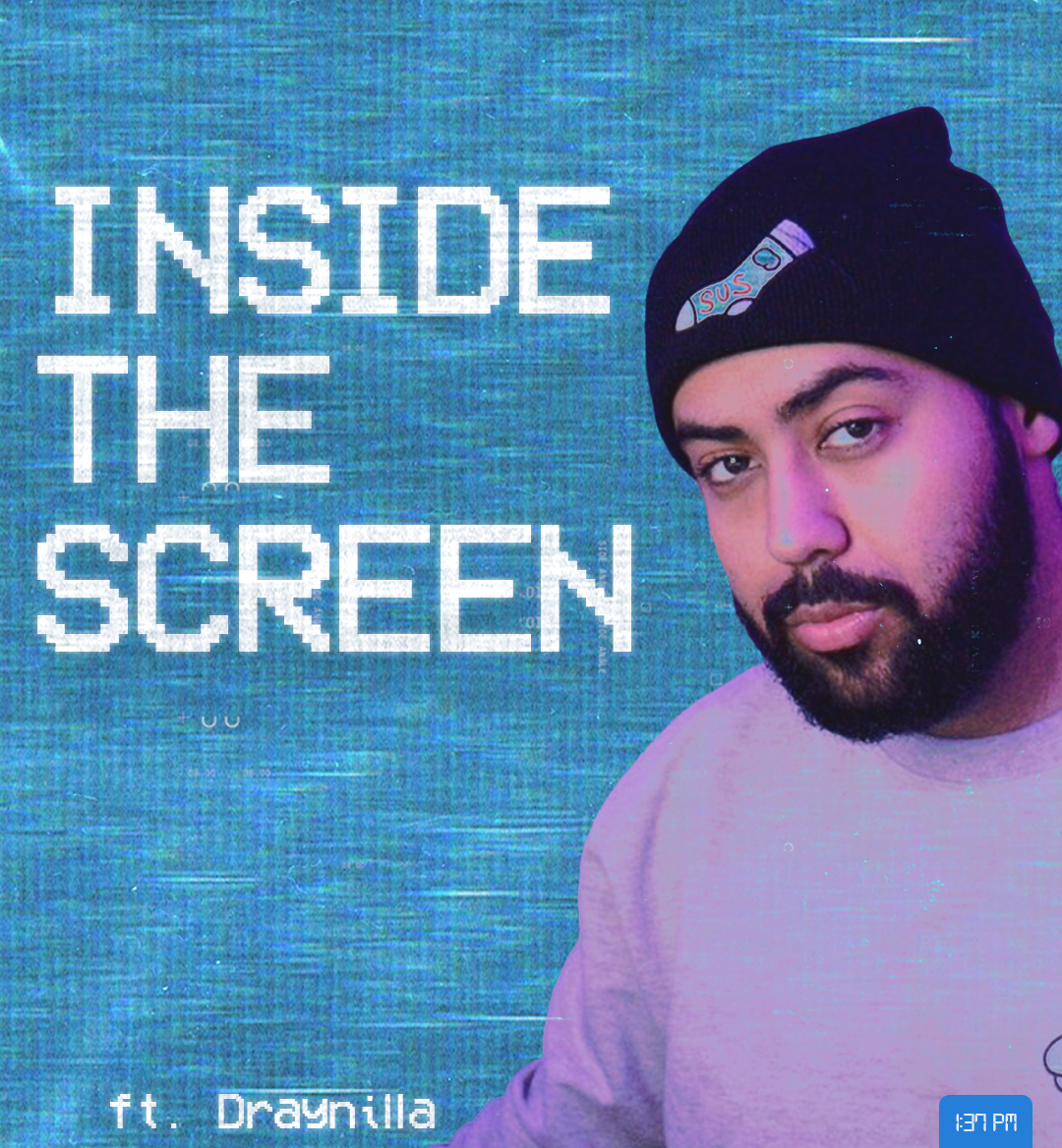 This week's Inside The Screen, hosted by Aaron "Don" Dukes, features special guest Draynilla. Draynilla is a prominent Apex Legends player and content creator whose electric personality garners plenty of laughs and positive vibes. The first-person shooter genre lies at the heart of his passion for gaming/streaming, plus he also makes sure to keep everyone’s Twitter timelines peppered with hilarity thanks to his outlandish thoughts. Draynilla chopped it up with Aaron about everything from good shower habits to focusing on one’s goals and not comparing oneself to everyone else’s accomplishments.

Draynilla leaves his mark on the gaming sphere through his full-time Twitch streaming gig. And as a member of SoaR Gaming, his lively Apex Legends content is regularly showcased on an even larger scale. Thanks to his father and his love for gaming, Draynilla grew to appreciate it as much as him during his early days running and gunning on the Xbox 360. When Aaron speaks highly of his “demonic” Apex Legends skills and being surprised that he’s not a competitive player, Draynilla speaks on not being all that interested in going pro - “I sometimes think that maybe I could compete or do something like that, but to me, it’s just boring. I just like to run around in pubs (public games) and have fun. Just shoot people and game instead of trying to strategize, pick a position, hold it down, and sit here & shoot people as they come in. I like watching it, but for me I personally just like running around and having fun.”

Even before Draynilla’s passions for FPS games took shape, he became enamored with the Sega Genesis and its mascot Sonic the Hedgehog. Draynilla reminisced about his 16-bit glory days in full - “dude, I’d play like Sonic. I’d play like Judge Dredd.” And when the topic of grinding hard at games came up, Draynilla showed even more love to the “Blue Blur” - Sonic Adventure 2, bro! You remember that one where you’d like, grind the Chao's and stuff like that? It was on the GameCube. I’d also play Super Smash Bros., too. Then I switched to Xbox 360 and started playing Halo. And that was the first game I really grinded. I used to play Call of Duty: Modern Warfare, too.” Back in the day, Draynilla was a traditional controller player. But now, he lights up the Apex Legends leaderboards through his expert mouse and keyboard skills.

When Aaron brings up one of Draynilla's past tweets that tells his followers to stop comparing themselves to everyone else's victories, Draynilla breaks it down from a content creator perspective - “Just be the best you. If you keep comparing yourself to people around you, you’re never going to appreciate what you actually do have. Just keep working on what works for you and brings you happiness rather than just focusing on what the other person brings and what works for them. Focus on what you got going for you. And if you can improve that every single day, you’ll be one percent better every day and just keep going.” A simple and concise statement such as that one should provide all the inspirational talk one needs to keep upgrading oneself at a steady pace.