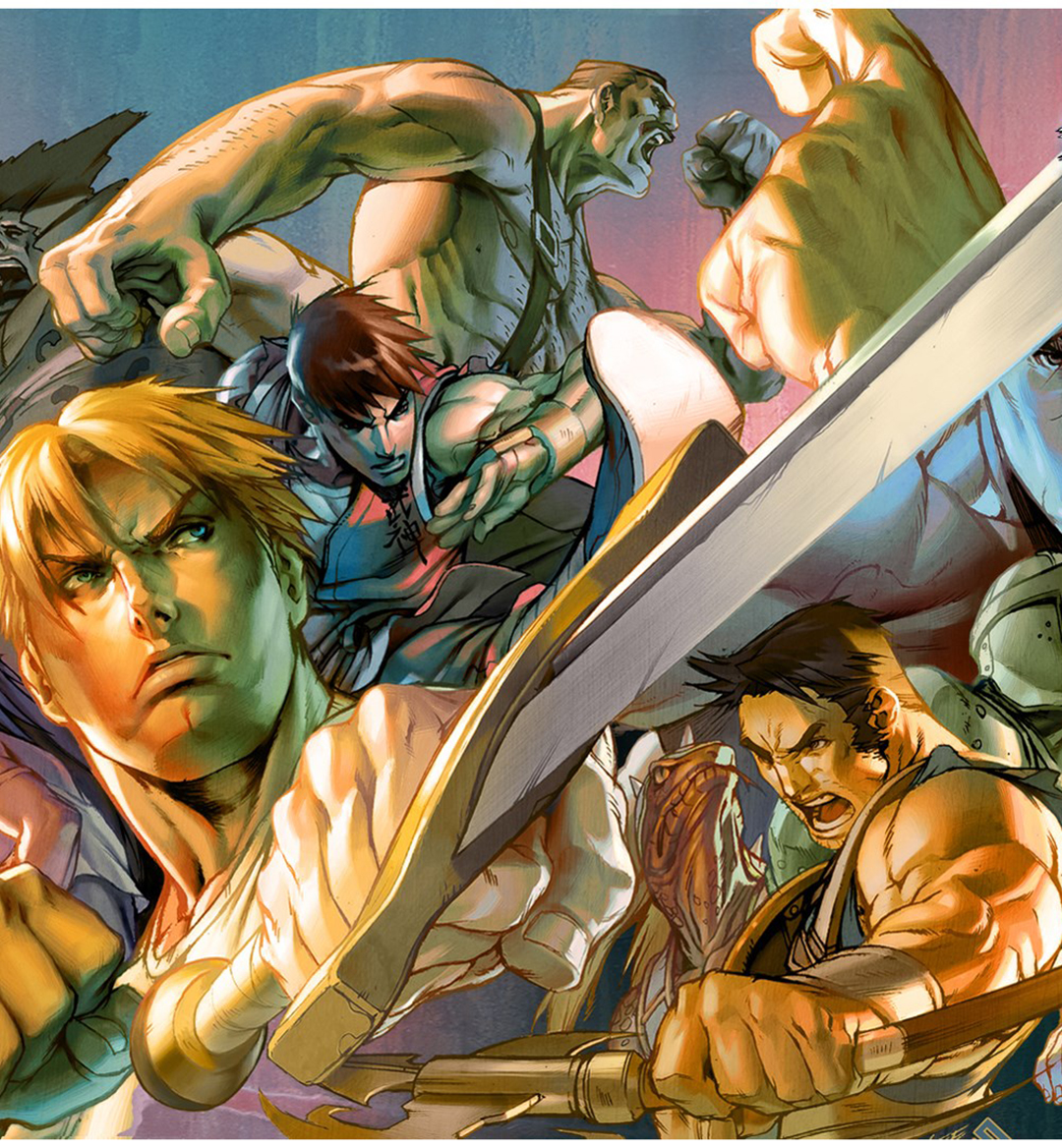 Doesn’t it always feel good to be right in the middle of a genre renaissance in the world of gaming?

Every few years or so, a once fledgling game type becomes hot all over again thanks to a singular title that masters the basics and evolves in satisfying waves. Fighting games were definitely in the dark ages for a while until Capcom helped the genre thrive once again thanks to Street Fighter IV, for instance. And a large number of indie developers have revived old-school gameplay mechanics for platformers, shoot ‘em ups, and a wealth of other genres in their respective releases. In this day and age, beat ‘em ups are on the rise and it looks like the simple act of beating up thugs on a side-scrolling plane is back in style.

Streets of Rage 4, River City Girls, Fight’N Rage, and The Takeover are clear examples of the beat ‘em up genre’s return to relevance. And with brand new DLC on the way for SOR4 and the all-new Teenage Mutant Ninja Turtles: Shredder’s Revenge in the works, things are certainly looking up for the genre that once dominated your local arcade. Now that this movement is in full swing, there are a few other beat ‘em up classics that deserve to join the party via a brand new entry altogether. We’re ready to juggle baddies in the air with our buds, consume food off the ground, and save the world with nothing but our punches & kicks in these five dream games.

Cody, Guy, and Haggar have come a long way from their initial crusade against the Mad Gear Gang. Their continued efforts to protect the citizens of Metro City have taken place across a myriad of games and have even resulted in them gaining guest spots on the ever-increasing Street Fighter roster. All three street pugilists have been joined by other saviors, such as Lucia, Maki, Carlos, and Dean, while they’ve clashed with familiar faces. Poison, Rolento, Sodom, and the rest of Metro City’s unsavory individuals have always needed to catch these hands and feet in the name of justice.

While we love seeing the Street Fighter series constantly show love to Cody and the rest of the gang, we think it’s time for them to star in their own game once again. A fresh entry into the Final Fight series would be the best thing ever, don’t you think? Capcom would make our day, week, month, and year if they put a strong effort towards this IP revival. We’d be down for a new Final Fight game that features every playable character, adds in a few new ones, throws in some branching paths to increase the game’s replayability factor, and spruces up the visuals for a modern audience.

Comic book beat ‘em ups came a dime a dozen back in the day. The Punisher, Batman Returns, and Spider-Man & Venom: Maximum Carnage deserve all the props for being some of the best games out there. But the undisputed king of that particular lineup of beat ‘em ups has to be 1992’s X-Men. It was always heaven on Earth when you and five other players got lucky enough to smash Sentinels in the rare six-player arcade cabinet. This iconic beat ‘em up is actually based on the pilot episode for X-Men: Pryde of the X-Men and is still remembered fondly to this day.

Do you know what would be so dope, though? A non-Konami development team producing a brand new X-Men beat ‘em up that adopts the visual stylings of the 90’s cartoon series. This dream game would practically be dripping in nostalgia as it takes old heads back to their childhood. A roster that consists of Wolverine, Cyclops, Beast, Gambit, Rogue, and Storm (plus Jubilee and Bishop as extra unlockable characters) would be ideal for this playable dedication to the 90s X-Men animated series. Beating up some Sentinels and taking on Magneto’s Brotherhood of Mutants all over again sounds like an enticing proposition. Someone at Marvel Games needs to get the guys and gals behind Streets of Rage 4 on the phone ASAP!

In 2020, Disney finally managed to get its hands on 20th Century Fox and add its franchises to its massive vault. Two of the biggest IPs from that acquisition are definitely Alien and The Predator, which are two extraterrestrial beings that have earned tons of fan goodwill since being introduced to the world at large. And while we’re happy to see both characters pop up in new games of their own (Aliens: Fireteam and Predator: Hunting Grounds), we think Capcom should reach out to Disney to get another playable project off the ground - a sequel to their Alien vs. Predator beat ‘em up.

The original Alien vs. Predator enraptured us back in the day as it features a cool mix of playable humans & Predators, a fun combat system that relied on the use of melee & ranged weaponry, and explosive clashes with hordes of vicious Xenomorphs. Capcom and the powers that be at Disney need to work together to get a new game centered around slashing and blasting aliens off the ground. Getting to save the planet all over again as the Predator Warrior, Predator Hunter, Major Dutch Schaefer, and Lt. Linn Kurosawa would be so ill. And you know what else this new beat ‘em up should come with? A playable version of the original! The fact that the first Alien vs. Predator never got ported to consoles is damn near criminal.

We’re sure most of you guys enjoyed beating up Death Adder and his army of minions across the mainline Golden Axe games. Those titles exuded everything we adore about Conan the Barbarian and all those other fantastical franchises that focus on mythical beasts and half-naked warriors. Sadly, the Golden Axe IP took two major L’s in the form of Golden Axe: Beast Rider and the cancelled prototype that was supposed to be a whole new entry in the series. The overwhelming success of Streets of Rage 4 should push Sega to hand off the Golden Axe series to the same teams behind that game so they can strike lightning twice.

A brand new Golden Axe beat ‘em up just needs to add a few new melee combos into the mix, more rideable mounts, additional magic spells, and even more Death Adder troops to cut through. The premise behind the Golden Axe games have always been simple and straight to the point - group up with your friends and cut down all of your adversaries in the most brutal ways possible. Bring everyone back from the first three games and The Revenge of the Death Adder arcade entry for this proposed new Golden Axe game, Sega! We’d be forever grateful for that.

And for the final dream beat’ em up revival on our list, we’re reverting back to Sega for a second time. While not as popular as Streets of Rage and Golden Axe, Guardian Heroes still gets its flowers and adoration to this very day. This Sega Saturn beat ‘em up did things differently by offering players a massive array of playable characters, a super hype combo system, branching storylines, and the ability to switch to different planes on each battlefield. Guardian Heroes also implemented RPG elements that made it feel that much deeper than your average beat ‘em up.

If Sega’s willing to refresh Guardian Heroes for a brand new audience, we’d totally be down for it. A prospective sequel would be awesome if it came from the creative minds at WayForward or Dotemu. If either of those development teams got the nod for this job, it’d be smart for them to keep the anime art style intact, make sure the playable roster count is enormous, and give us even more baddies to hack & slash to death. A brand new Guardian Heroes has all the makings of being another cult classic in the making.