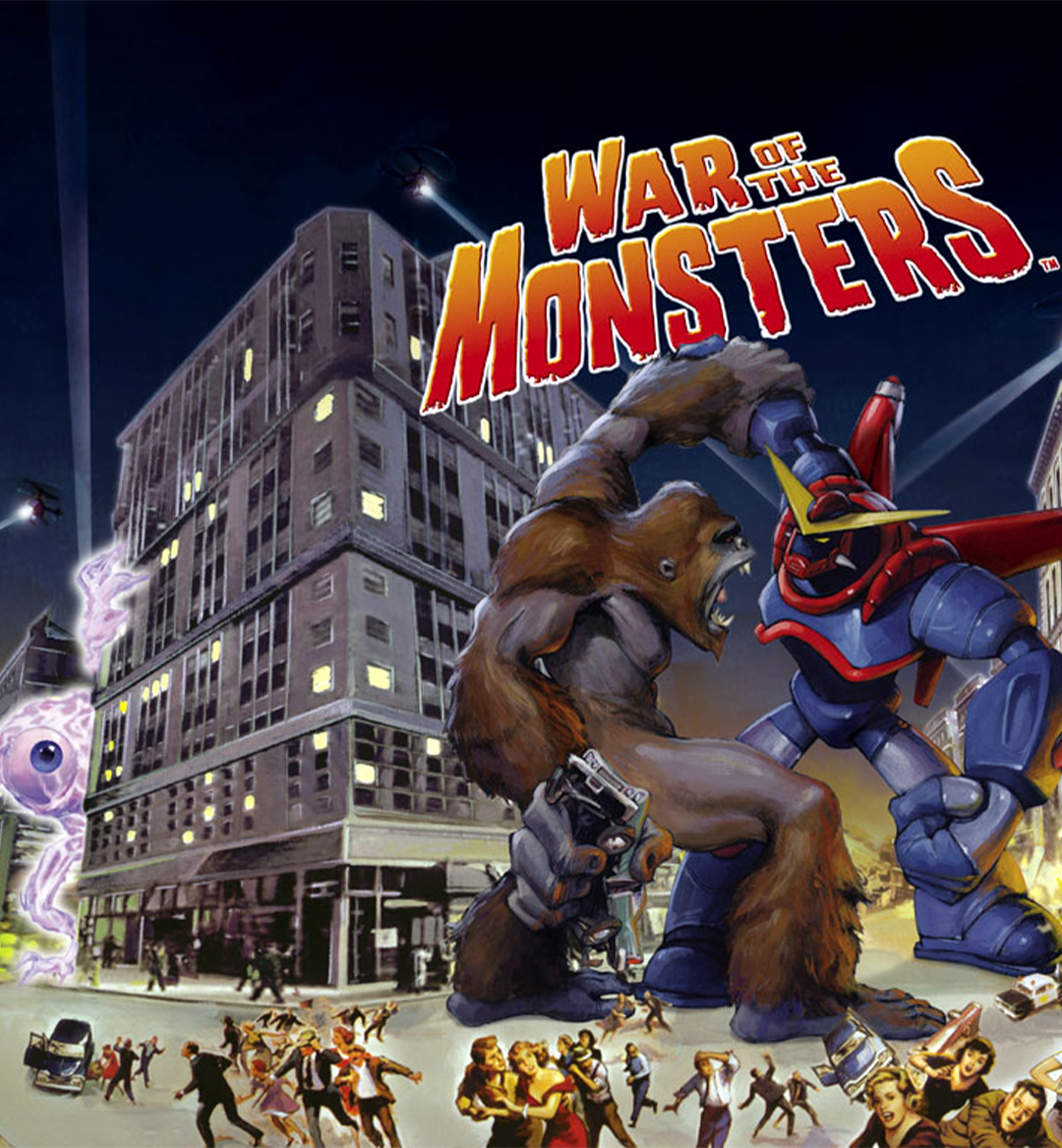 Imagine my shock when I woke up to a head-scratching report from Bloomberg via Jason Schreier.

According to him, a remake of The Last of Us is currently in development for PS5. And Naughty Dog is responsible for getting it done, of course. Jason’s report detailed how tumultuous the road to that project has been and the turmoil that arose when other PlayStation first-party studios were assigned game development tasks that they were none too pleased with. Learning that the powers that be at PlayStation are making the types of decisions that are causing unrest among its staff is troubling, to say the least.

To be quite honest, the move towards remaking The Last of Us doesn’t make a whole lot of sense to me. The game has already been remastered for PS4 and still looks/plays great in its most recently updated form. Naughty Dog’s revered post-apocalyptic title was originally released in 2013, so it hasn’t even been long enough for anyone to truly miss it and clamor to revisit it in a brand new way. This whole Last of Us remake story got me thinking about what other PlayStation first-party games would actually excite most gamers if a remake for any of them was announced.

I perused through all my warm memories spent with those types of games on previous PlayStation consoles and came away with six exclusives that are deserving of a PS5 remake.

Naughty Dog may be known by modern gamers for their work on the Uncharted and The Last of Us series. But old heads (including me) tend to reminisce about the development studio’s prior work on quality platformers. They’re responsible for blessing us with the first three releases in the Crash Bandicoot series back on the original PlayStation. And once they moved over to PS2, they injected open-world environments into their platforming formula to create the classic known as Jak & Daxter: The Precursor Legacy.

I got a ton of mileage out of that game when it was originally released - running around beautifully realized worlds, listening to Daxter’s hilarious quips, and punching/spin kicking everything that moves was and still is a blast. Remembering how amazing the 2016 remake of the original Ratchet & Clank turned out to be makes me wish Naughty Dog got to do the same for Jak & Daxter. I’d much rather see a portion of Naughty Dog’s development studio get handed the reigns to such a lofty project instead of working on a Last of Us remake. Sprucing up the visuals, adding a few quality of life changes, and retaining the same amazing collect-a-thon gameplay the original is known for would guarantee a Jak & Daxter remake’s success.

Sony’s Bend Studio tried something new with its debut PS4 release. That game was Days Gone, a solid foray into the world of open-world games that are focused on surviving the ills of a world stricken by a zombie apocalypse. While I commend the good people at Bend Studio for tackling a different type of game, I’m still yearning for them to return to the franchise that defined them - Syphon Filter.

My man Gabriel Logan has been dormant for far too long and is well-deserving of a remake that lets everyone cook terrorists with his trusty taser. This one’s a PSone OG, so I imagine most gamers my age (I’m 32, by the way) would lose their minds if footage of a completely redone and upgraded Syphon Filter hit the web. Get rid of that jank running animation, keep those stealth-action elements intact, and give those visuals the current-gen paint job the world wants to see. Bend Studio definitely has it in them to make everyone care about Syphon Filter once again.

I’m gonna keep it a stack with you guys - the 2021 reboot of Twisted Metal reboot really wasn’t hitting like that. The move to themed factions over a full roster of characters and signature vehicles didn’t sit well with me. The game certainly had its moments, but it was missing something from the series entries that came before it. At this point, it’d make sense to revisit the Twisted Metal series once again and tackle it with the sole mission of remaking the first two games.

Imagine the visual splendor that’s present in Destruction AllStars combined with the dark humor, chaotic action, and outlandish cast of characters Twisted Metal once thrived by. Mashing up the first two games in the series in the same manner that we saw with Tony Hawk's Pro Skater 1 + 2 would be ideal. I sorely miss Sweet Tooth and the rest of the unhinged Twisted Metal gang, so it’s high time that we got a full-fledged remake of Sony’s well-revered demolition derby. The car combat genre is currently lying dormant - this remake proposition of mine could single-handedly revive it.

For some reason, Sony has moved away from its more “colorful” array of first-party titles and transitioned to a line of games that are more cinematic & darker in nature. Back on the original PlayStation and PS2, I got so used to playing a wide variety of games from Sony’s dev studios that tried something new - Jumping Flash!, Tomba!, Dark Cloud, The Mark of Kri, and Rogue Legacy are proof of that sentiment. Another franchise that reflects Sony’s old way of doing things is Ape Escape, which is an incredibly fun line of platformers that solely focused on chasing around mischievous monkeys and capturing them.

Those games still hold a special place in my heart thanks to the catchy tunes, whimsical feel, and entertaining gameplay they produced. The time is right for the first entry in the platforming franchise to get a remake that makes it look even brighter and plays just as well as I remember it. It sucks that Sony’s Japan Studio is unfolding as we speak, which keeps the prospect of this remake from possibly becoming a reality. But I’d still hope for Sony to find another studio of theirs that has the talent needed to make an Ape Escape remake happen.

Do you know Sony actually published a few fighters of their own back in the day? Shocking, I know. PlayStation All-Stars Battle Royale isn’t the only brawler that Sony had a hand in - Battle Arena Toshinden, Bloody Roar, and Tobal No. 1 were among the few fighters Sony attached its old logo to. When it went out of its way to create one of its own, Sony allowed the now-defunct Incognito Entertainment to craft a kaiju-themed battle royale called War of the Monsters.

I remember having the time of my life just going around smashing buildings and using cars as weapons to swing at giant apes, robots, and so much more. Imagine how hype it would be if Sony found it in themselves to kickstart a remake that incorporates online multiplayer, 4-player matches, and even larger arenas to do battle in. Seeing as how everyone went nuts over the Godzilla vs. Kong film let me know that kaiju fever is still a thing. Sony should capitalize on that fervent fan reaction and revive War of the Monsters in the form of a remake. I’m gonna let you know right now - if this game ever became a reality, y’all are not gonna beat my God-tier Kineticlops.

Sony sure loves their Gran Turismo series, don’t they? I certainly respect that franchise and applaud Polyphony Digital for creating the most realistic racing simulation games the world has ever seen. But I wish Sony would get back to producing the types of racers that adopt a more arcade racer-like feel. The MotorStorm games are still worth returning to, plus ModNation Racers had a lot of mileage to it. Before those PS3 racers came our way, there was another franchise Sony created in order to get a piece of the racing game market - Jet Moto.

Speeding across fantastical tracks on top of super fast hoverbikes captured my young imagination back in the day and I’d love to revisit those days once again. I’d totally be down for a remake that polishes the first two entries in the Jet Moto series and delivers them to gamers thirsty for a worthwhile arcade racer. The thought of both of those remade games running on PS5 fills me with so much excitement!