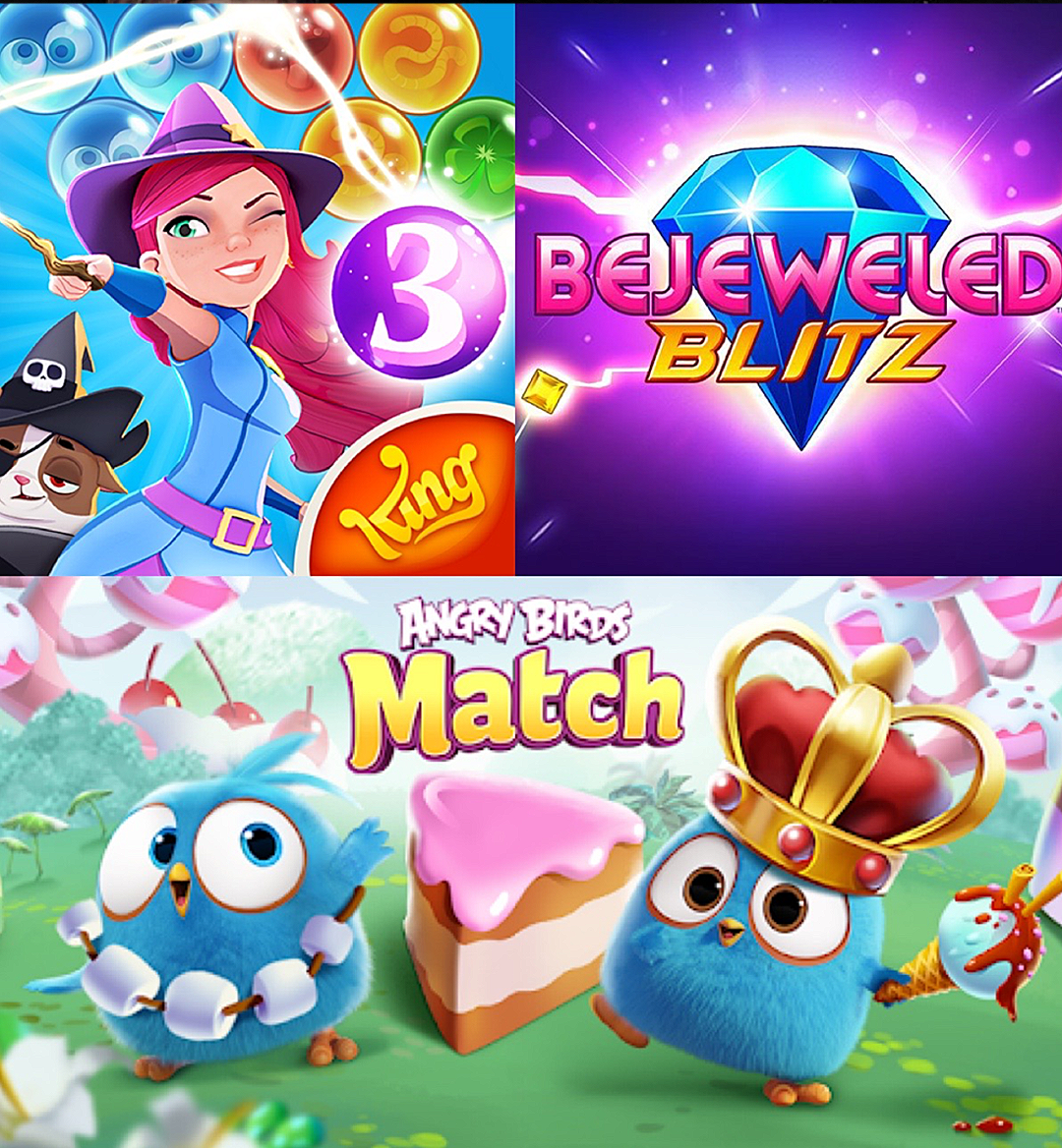 Candy Crush first took the world by storm in the mid-2010s, when mobile games on Android and iOS were all the hype. To this day, it lives on as a game that people of all ages play, where that’s when you’re bored at home or on your commute. Candy Crush is part of the match-three puzzle game genre, where you need to match three of the same object in order to get them to disappear off-screen. It helped popularise that style of game and in turn, spawned a hell of a lot of remakes. Those are a lot of what makes up this list of the best games like Candy Crush, but also, there are a few different fun games in there that might just scratch the same itch without falling into the exact same genre. 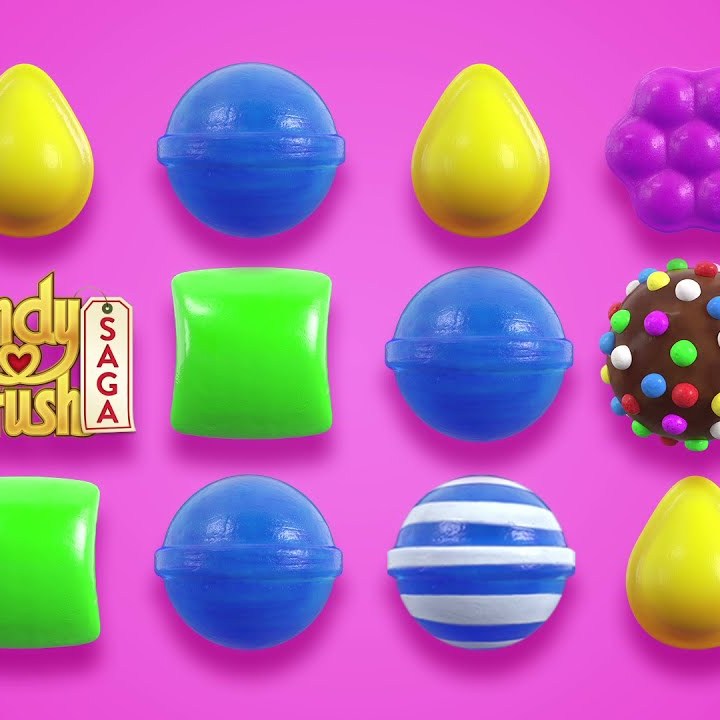 10,000,000 is a combination of a match-three puzzle game and dungeon running games like Diablo. You take control of a tomb raider and to keep them alive, you have to match icons consisting of different things like keys, logs, swords, and more.

This game is called 4 Elements because the context of it is that you're using the magic of the 4 elements to restore life in an ancient kingdom, but you don’t need to buy into that to enjoy this pretty classic match-three game.

Like Candy Crush, Angry Birds is an addictive mobile game that you can press on, play, and enjoy at any time. Like Candy Crush, the concept is simple and it's fun to go back and replay levels to try to beat your own high score.

If you like Angry Birds' signature aesthetic but really want to stick to match-three games, then here’s the perfect option for you. Matching four or more objects here gives you the assistance of one of the birds to help you clear the board. This Angry Birds spinoff should fit right in line with your playlist of the best games like Candy Crush.

This game is a pretty cool mix of a match-three game, with a whole lot of Tetris in there as well. Different snacks you’d find in a bakery fall from the top and making matches mean that they disappear.

Bejeweled fans will tell you that Candy Crush essentially took the game's formula and ran with it. For that reason alone, it's the perfect game to play to get a dose of that game in.

Developed by Flaregames Studios, BraveSmart technically does see you matching three pieces of the same item, but not in the same way as Candy Crush. Here, you’re crafting homes and matching the same type of home together to craft bigger ones, with the added mechanic of people walking around that you have to work around.

This is a solid pick for games like Candy Crush because it's made by the same people. The game sees you shooting a bubble of one color at bubbles of the same color to make them disappear.

Clubhouse Games is an app that houses dozens of other classic games that will be as addicting to you as Candy Crush is. Games include four-in-a-row, ludo, darts, blackjack, and many, many more that most are familiar with.

Developed by Jam City, Cookie Jam is a game with thousands of puzzles on hand to enjoy. It’s your vintage match-three game filled with cookies and candies.

What's great about Cruel Jewels is that there's a cool multiplayer mode which means that you can play with friends as well as alone. There are also multiple difficulty levels.

Cursed House is yet another vintage match-three game but the spin here is that, as the name suggests, there’s a horror element to it that you might find intriguing and new. You save the house from its evil creatures by doing well in-game.

Doodle Find aesthetically looks like a match-three, which might draw you to it, but it doesn’t quite follow the formula of Candy Crush. Instead, a bunch of objects are on the screen and you must tap whatever one is indicated in writing at the top of the screen. Things get messier and more fun as time goes on.

This is one of the games that's most similar on this list to Candy Crush. Farm Heroes Saga is basically Candy Crush but you’re matching fruits and vegetables instead. When you’re waiting to be able to play levels on Candy Crush again, switch to this.

Gems of War is an addictive match-3 game with some cool RPG elements. You match gems to power your spells and can even create a hero to play as. There are stats on the screen that you can keep track of too.

Hexbee is like Candy Crush, but a little less forgiving than most in the genre. Instead of thee, you have to match five here. And interestingly, there are no levels. You're just constantly trying to beat your own high score.

Jewel Mania started out as pretty much a clone of Candy Crush, but since then, it has updated the game with some small mechanics that make it a fairly unique play. There are portals that you have to avoid, giving you something else to think about.

Developed by Playlab and Rovio (makers of Angry Birds), Juice Cubes boasts nearly 1,000 levels and cool elements that you might enjoy like mermaids and witches.

Developed by Demiurge Studios and WayForward, MARVEL Puzzle Quest is a game that of course features Marvel's incredible roster of superheroes. It mixes games with turn-based combat with match-three games in a cool way that you have to check out if you're a superhero fan.

Developed by Race Cat, Match Land is a game that has some heavy fantasy RPG elements, but sticks to the match-three puzzle-solving method that we know and love. You go through the game winning battles like this and must create the perfect team to fight with.

This isn’t actually a match-three game, but like a few on this list, it's light-hearted and still will be tough to put down. The game’s concept is that you draw out metro lines and essentially direct traffic.

Pet Rescue Saga is pretty much Candy Crush for animal lovers. What's great is that it uses a life system as opposed to an energy system. The game is also available on Windows and web browsers, in addition to iOS and Android.

Picture Cross is a great game that uses some of the same technical thinking as sudoku would, but the aim is to paint the correct squares which will reveal a cool image. There are thousands and thousands of levels to get through, too.

Pokémon Shuffle is a cool take on Pokémon games and match-three games. Every time you match up three Pokémon, you get to pick a way to attack your opponent. Whether you're a match-three fan or a Pokémon fan, this is a cool switch-up on the genre.

Puyo Puyo is a classic Japanese game and here, it combines with Tetris for a very unique offering. If you choose the Puyo Puyo style, combining colored blobs together sets off combo chains (like Candy Crush) while the classic version of Tetris functions how it always has.

Developed by GungHo online, Puzzle & Dragons is another game that feels like a hybrid of the match-three games you know and love, plus RPGs. You’ll be matching three here, but also cultivating a team of monsters and solving other puzzles.

Puzzle Quest 3 is yet another game that pairs match-3 gameplay with things like dungeon crawling, uncovering loot, and more.

Everyone should recognize Temple Run as a classic game from the same era as Candy Crush. It's a platformer as opposed to a match-three but has that similar ability where you can pick it up and play a game for a few minutes and then put it down a few minutes before your next session.

This is a match-three game with an extra focus on testing your speed, something Candy Crush fans might be able to appreciate. The full game does cost money, but you can try out a good trial before you think about that.

Developed by Sirvo LLC, Threes! is a unique take on the match-three genre. Instead of matching items that look similar, here you're matching numbers that must be multiples of three. It does require a little more brain power than usual, but if you’ve mastered Candy Crush, perhaps it’s exactly what you’re looking for.

Toon Blast is pretty much your classic match-three game and is a good alternative to Candy Crush. What it does really well is its fun, colorful aesthetic.

The user interface of Toy Blast is about as simple as it gets. You're simply trying to match cubes of the same color and get through each of the 5,500+ levels.

Developed by Spry Fox, Triple Town puts a spin on the match-three genre by making it so that while matching items, you’re creating a town and you must do this faster and better than the bears which are the enemy.

Two Dots has a cool, more formal aesthetic, but that doesn't mean it’s not a lot of fun. This is a match-four technically, but it’s a great one that gets more fun as it gets more complicated.

Last up is this Wizard of Oz-themed game featuring all of the franchise's classic characters. You can win cool virtual collectibles here and there are many more puzzles on offer than the one like Candy Crush. It's certainly a well-rounded offering.