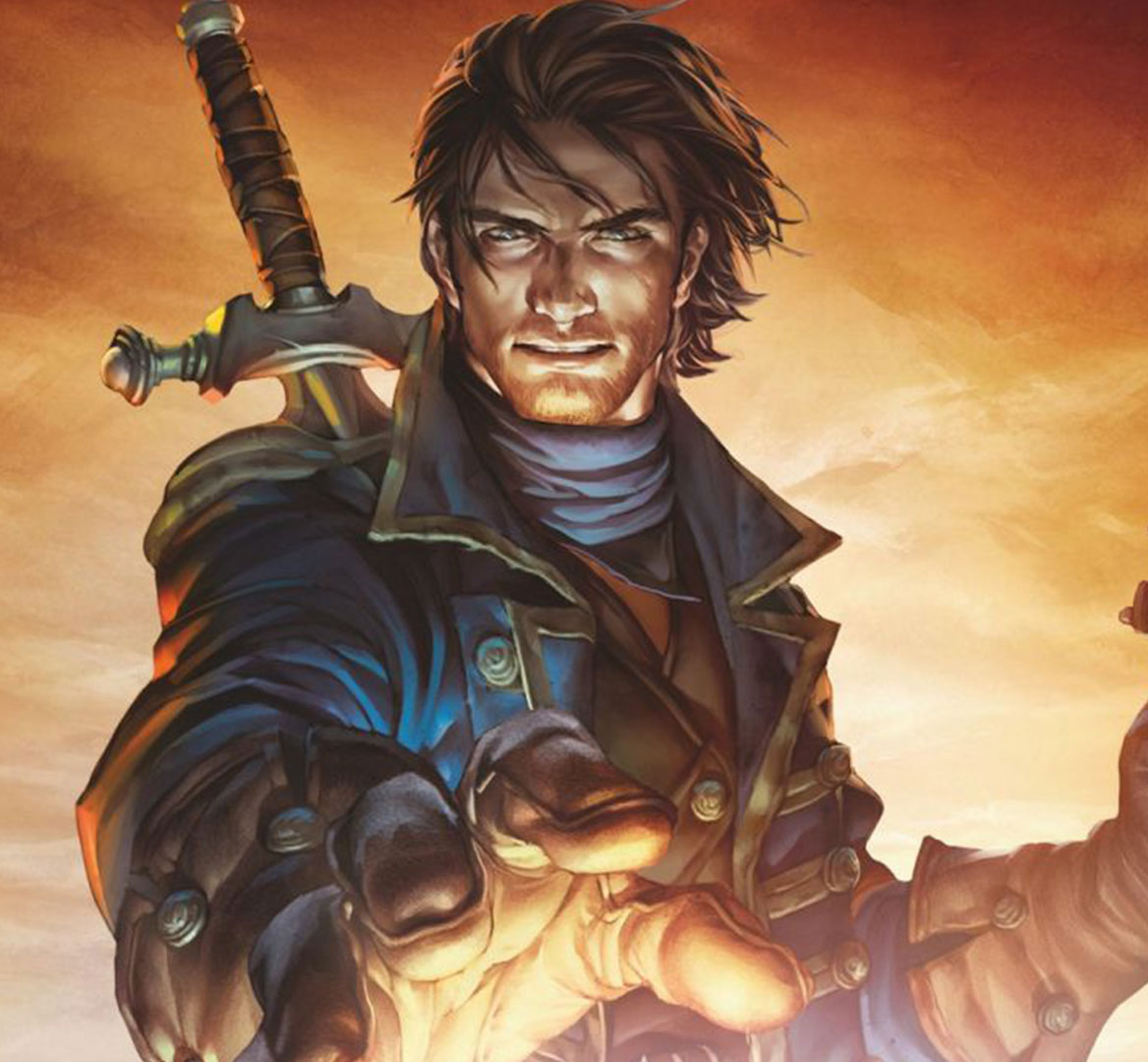 Ideas, in the video game industry, tend to disseminate through the industry via mimicry. When one developer includes an interesting gameplay feature, it isn’t long until another game copies it. Take the second Crysis game. It hit markets during a time when “camping” was the mortal sin of first-person shooters. Crysis 2, fixed this problem by forcing players to leave their nooks in order to claim their kill-streaks. Soon after, Call of Duty implemented an identical system along with a host of other first person shooters.

If videogame ideas come from other games then the fantasy role playing game Fable is the blueprint for modern games. Released in 2004, Fable managed to put it’s fingerprints on titles across several genres. Everything from Mass Effect to the Infamous series owes an intellectual debt to Fable but some games, more than others, take cues from the popular fantasy title.

An almost decade-old game that has managed to stay relevant, Skyrim tops this list as the one game that carries Fable’s torch more than any other. Hype around this game reached a fevered pitch in the weeks leading up to it. Though it didn’t redefine the fantasy genre like Fable did, it did leave an indelible mark. A decade after the fact, and its gameplay is still considered modern. Both players and developers alike continue to churn out quality content for not only Skyrim but its immediate sequel Morrowind, a testament to how believed this franchise is.The main characters in both stories find themselves on a globe trotting adventure that methodically tests them as warriors. Both games are pillars in the genre and it's for this reason, Skytime tops this list.

I once heard someone say that most fantasy games appeal to players who don’t like the difficulty of games within the Dark Souls genre. This might not be necessarily true for all fantasy games but Lords of the Fallen...falls into this category.

The gameplay is, with little doubt, inspired by Dark Souls but it does have echoes of Fable, mostly in its combat and magic system. Players must quickly switch between weapons-based combat and magic, on the fly, in both games. Haphazardly strategizing a fight could lead to an easy defeat, although Lords of the Fallen is slightly more forgiving. Those wanting to make the transition from Fable to Dark Souls would probably be better-served playing Lords of the Fallen to bridge the gap.

The controversy behind Mass Effect: Andromeda notwithstanding, Mass Effect is one of the most successful game franchises in history. To this day, it is seen as the quintessential science fiction epic, and one of the major reasons behind this is the game’s branching stories.

Yes, Mass Effect takes Fable’s decision-based story mechanics and uses it for its own purposes. Much like Fable, there is a blend of impactful and not-so-impactful decisions. The trick is the player often doesn’t know which is which until having played through the campaign. This makes the replayability in Mass Effect on par with Fable

Thanks to Nintendo’s ongoing effort to port old games to their newest handheld system, there are a number of games currently experiencing a second life. One of those games is Dragon's Dogma, a beloved role playing game that, for whatever reason, fell to the wayside.

In Dragon’s Dogma you play as an undead character on a journey of revenge. Fable fans will find aspects of Dragon’s Dogma’s combat familiar. Both are fast paced and require a measure of strategy on the part of the player. In both titles, much of the action can be found outside of towns and villages. Successful players in both games prepare for tasks with the proper items and weapons and magic to devastate enemies.

Perhaps the most visually striking game on this list, Banner Saga blends Disney-like animation with tactical gameplay that impacts the kind of story players experience.

Banner Saga tells the story of people fighting for their survival against supernatural beings, inspired by Norse mythology. Banner Saga is one part tactical role playing game and one part army management simulator. The player has to constantly make choices that could lead to victory or the deaths of beloved comrades, which only adds to the game’s drama. Those wanting a happy ending might be disappointed because of an innocuous decision from early in the game. It builds upon the choices-dictate-narrative feature that Fable popularized. Few games are able to do that.

A somewhat controversial pre-release didn’t stop Kingdom Come: Deliverance from garnering a solid player base. A role playing game that started its life in the world of crowdfunding, developers were able to capitalize on people’s desire to play a fantasy-esque game that is grounded in the developers’ interpretation of reality. What Kingdom Come: Deliverance lacks in magic it more than makes up for in storytelling. Kingdom Come: Deliverance, for all of its flaws, tells one of the most satisfying revenge stories in gaming. In both games players get to witness their characters’ slow progression from clueless weakling to competent warrior.

There  have been a handful of Star Wars games but none of them have risen to the heights of Star Wars Knights of the Old Republic. A juggernaut of a tile through its peak years, the title still wields a player-base other role playing developers aspire to, and that’s almost twenty years after it’s initial release.

Released almost a year after Fable, Jade Empire takes the fantasy genre and covers it in a veil of eastern culture and mythology. While it was one of several games overshadowed by the Fable’s release, players eventually learned to appreciate Jade Empire for what it was.

The Witcher’s commercial success is a bit of the inverse of Fable’s. While Fable was a huge commercial hit from its first entry, The Witcher only really started picking up steam by its third installment. This, however, doesn’t mean the game as a whole isn’t a compelling play. It takes several cues from Fable but with better graphics and tighter controls. Much like Fable, the narrative relies heavily on players’ decisions but not to the degree of other titles like Dragon Age.

Game developers must have collectively decided that 2004 was going to be the year of fantasy titles. The Bard’s Tale has a cult following in the truest sense of the world. Those that remember this title are part of an exclusive club, doubly so for those who can recall the original source material from the 80s.

The Bard's Tale, plays similarly to Baldur's Gate and is a bit more lighthearted than Fable. You get the impression that the developers wanted the game to be a satire of fantasy stories but, more often than not, the game is quite sincere in its fantasy elements. The Bard’s Tale never could step outside of Fable’s shadow but it’s still a solid title.

The OG in fantasy titles. Baldur’s Gate is considered to be the title that proved fantasy games can succeed commercially and critically. Almost 22 years removed from its initial release and Baldur’s Gate remains the standard bearer that many fantasy game fans compare their favorite titles to. Six years after it’s release, Fable was considered it’s spiritual successor and, to this day, the two are often compared in much the same way A Song of Ice and Fire and Lord of the Rings are.

Neverwinter Nights predates Fable by two years, so saying the former takes cues from the latter would be false. Released in 2002, Neverwinter Nights was never able to maintain its popularity despite its name eliciting a nostalgic smile among those who haven’t thought about it in years. The game takes place in a fantasy world that makes Fable look grounded in reality by comparison. While both games look a bit dated by today’s standards, they still hold up among fans of fantasy.

The two games look very similar and, depending on who you ask, both feature stories that are equally compelling. While some might bristle at the suggestion that World of Warcraft owes its success to Fable, instead of its own merits, there are few who will argue the two games are not similar. Who does it better is ultimately a matter of taste.

The similarities between the Dragon Age and Fable series are quite obvious. Both tell sweeping epic stories, both are fantasy titles, both depend heavily on player choice. It’s the latter that links these two titles more than anything. Fable heavily featured it’s storytelling element that was molded by the player’s choice. At the time, it was an incredible feature that made Fable the most replayable game of its generation. Today, several games feature similar story elements but few utilize it to the degree of games in the Dragon Age series. Dragon Age’s branching stories might not make it the spiritual successor to Fable but it does earn it a spot on this list.