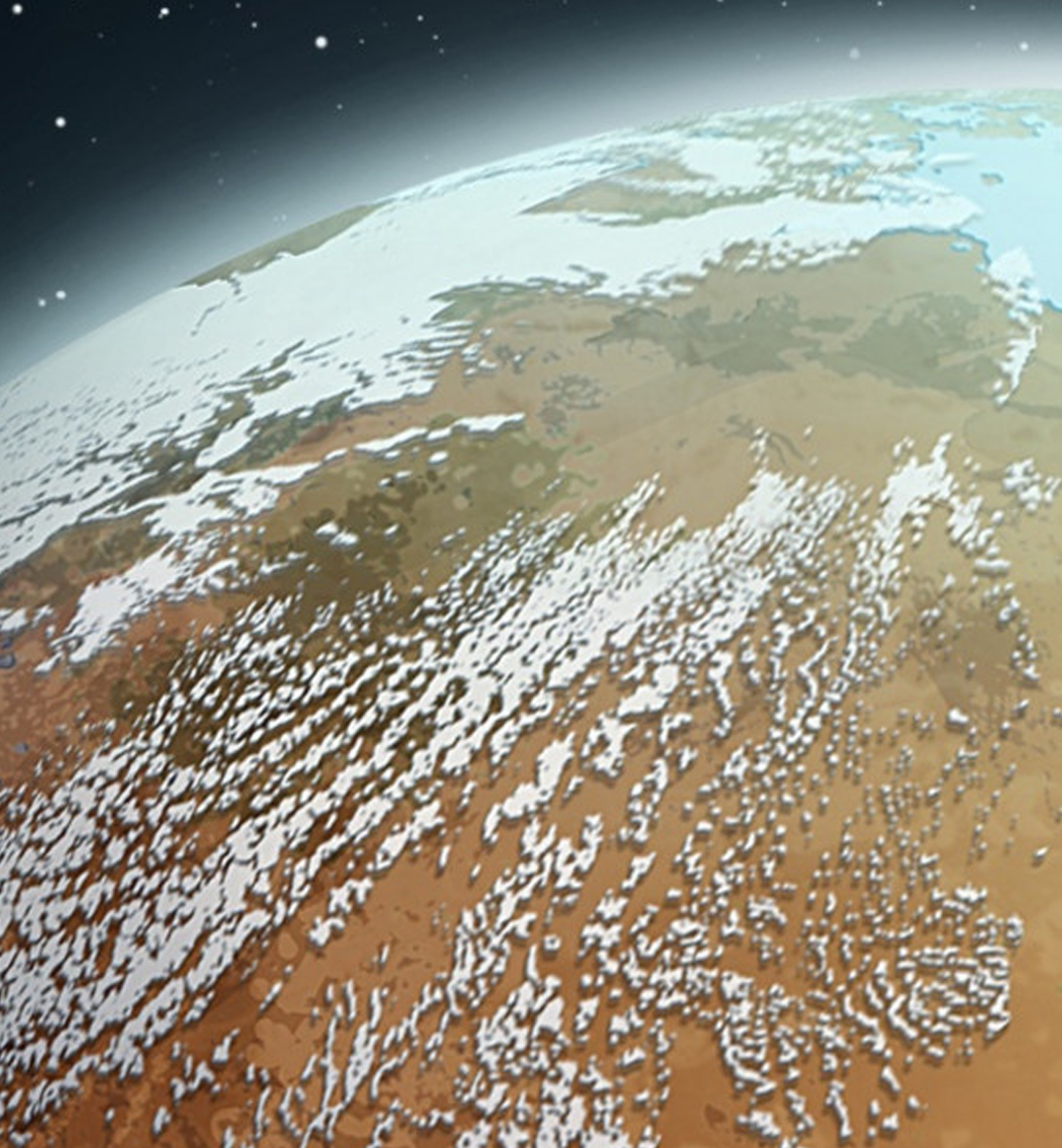 What are the ingredients for cult popularity? Does one need a dash of popularity or a pinch of obscurity? Is it a cup of pre-release hype or a teaspoon of so-bad-it’s-good appeal?

Game developers, particularly those of the indy variety have tried answering these questions, to varying degrees of success. Games like Shovel Knight, with its nostalgic 8-bit aesthetic, seem tailor-made for cult status. Then there are games that became cult classics without ever trying.

Rimworld belongs to the latter category.

A 2013 early access release, Rimworld can be any number of things, depending on what version you’re playing. The original is a space colony builder while one of its many expansions is best described as a spaceship management game.

All versions of the game treat players with a story as steeped in science fiction elements as it is moments of random, if not violent, brevity. The game isn’t just a grim depiction of science fiction survival, it has its fair share of humor. A number of games take cues from Rimworld, while Rimworld borrows from many more. Rimworld fans can rejoice knowing there is no shortage of games like the cult hit.

Easily one of the most visually arresting games on this list. Frostpunk, released in 2018, garnered significant critical acclaim thanks to the combination of its visuals and story. It certainly didn’t hurt that it was compared to the beloved cult film Snowpiercer.

Stakes are high as players traverse the wire’s edge of expanding humanity’s last civilization without overtaxing resources. To sacrifice one in favor of the other could lead to disastrous results. This is one of the things that makes Frostpunk’s gameplay so elegant despite being a bit complicated in the early game. The player will have to learn fast to avoid disasters like famine, although, completely avoiding disaster is simply impossible. There will come points in the game when the player has to make gut-wrenching decisions. The feelings these moments evoke are almost as impressive as the way the game incorporates them later in the narrative. Few city builders are capable of telling gripping stories, but Frostpunk manages to pull it off.

The first of two Anno games on this list. Despite being a relatively obscure series of games, the Anno franchise has managed to maintain a healthy enough player base to justify multiple titles and addons. A product of the late 90s, the strategic city builder has, like Rimworld, forced players to strategize all of their moves to maximize outcomes. Gameplay can be as rewarding or punishing as the player allows and while Anno may lack the comedic aspects of Rimworld it does have something Rimworld doesn’t-stunning visuals.

This is particularly true for Anno 2070. As its name implies the game takes place in our somewhat distant future. Hovering cars and futuristic architecture combine to give this game a unique visual style that is a departure from the crisp visuals of past and subsequent Anno titles.

Anno 2070 is, admittedly, a divisive choice. There is a contingency of Anno fans who consider this installment to be the weakest of the bunch, while others maintain a science fiction inspired setting and storytelling via the game’s ambiance makes this title a strong Rimworld competitor.

Like Rimworld, Oxygen Not Included has a somewhat steep learning curve and the game’s difficulty doesn’t subside once you learn the ins-and-outs. Whereas Rimworld pits the players against other factions, the only enemy Oxygen Not Included players have to contend with are their own skills at managing resources. Things like water and, yes, oxygen are in limited supply it’s up to players to make sure colonists have enough necessary resources to flourish. The ultimate goal of the game is to build a colony that can sustainably produce everything needed by the colonists.

Oxygen not included may not have the popularity of Rimworld’s early access days, but it still has far to go. With a bit of polish, Oxygen Not Included could be a contender for Rimworld's title.

One of a handful of games featuring Dwarfs and fortresses that could have made it on this list. Dwarf Fortress is the most polished, despite still being a work in progress. Other than Oxygen Not Included, Dwarf Fortress has been compared to Rimworld the most out of all other games.

While Dwarf Fortress may not include many of the science fiction elements of Rimworld and other titles on this list, the core mechanics are there. In Dwarf Fortress you have to build fortresses that overshadow the splendor of your rivals. To this end, the player must defend their creations from rival factions while managing a list of ever-dwindling resources.

While the games are similar in essence, those expecting a 1-to-1 visual translation will be disappointed. If Rimworld suffered from a lack of stunning visuals, that goes double for Dwarf Fortress. The graphics leave much to be desired but the game’s more die-hard fan base doesn’t seem to mind.

Another game that draws from Rimworld, sans the science fiction and comedic elements. Whereas Rimworld is funny at times, Civitatem is bleak, particularly at the beginning of the game. The game’s narrative kicks off with the player’s village having been sacked by enemy forces. Players have to pick up the pieces and rebuild their village better than it was before. Micromanagement is the name of the game here. Everything from your villager's attributes to their given tasks has to be assigned by the player. If you assign a task that doesn’t take advantage of a villager's natural attributes, it will only make the game more tedious than it needs to be.

Developers are always adding new features to the game, such as a map that makes it easier for players to make contact with other villages in the world. Trading between villages is a possibility but not necessary to progress through the game. Those with an affinity for building should build, while those with an affinity for hunting should hunt. A bit of common sense goes a long way in Civitatem.

Homeworld is a game that is best known for hooking players with an epic story that begs to be seen through to the end. In Homeworld you direct a nomadic fleet of humans fleeing from a calamity and trying to make their way back to their ancient, well, homeworld.

Initially released in the late 90s, Homeworld, like Rimworld, has garnered a massive enough cult following to justify a number of sequels and remakes. The original game was ahead of its time, in both story and gameplay. Players had to manage a nomadic fleet as they came under fire from alien forces. The original game's remake takes advantage of new technology while keeping everything that worked, like the voice acting. The end result is a game as visually stunning as it is compelling.

Of course, the game’s story is only one aspect. Homeworld features a combat system that, at the time, was considered incredibly intuitive. Since then, the slow combat system has, for the most part, stood the test of time. It’s perfect for new players getting the feel of it, while still managing to not alienate veteran players. More importantly, the game has an open-ended approach to combat and allows players to flex their strategic muscles. It’s, perhaps, the closest anyone in 2020 will get to commanding their own fleet of war frigates.

The sequel to Anno 2070, Anno 2205 is another city builder that bills the player to create a sustainable multi-city conglomerate that takes advantage of a number of technologies from the distant future. Players have to do things like manage a.i. workers or power your whole venture with a lunar-based fusion reactor.

Just seeing the technology on display and how they very-well could manifest themselves in real life is interesting in and of itself. Learning and navigating the ins and outs of a future economic and political system is something else entirely. Players must balance and protect their funds from forces that would seek to ruin them in every way imaginable. That includes a terrorist group that constantly goes out of its way to disrupt your operation. While players can choose to play a game mode that eliminates combat as a game mechanic, doing so only eliminates part of the story.

The game is seen as a bridge, of sorts, to the rougher Anno 2070 and the more polished Anno 1800. More importantly, sitting back and watching the skyline of a city you build never gets old.

While not the only game on this list with a steep learning curve, Project Aura is easily the most complicated. So much so, the game itself warns players that they should spend a few minutes with the tutorial before diving in. But, complicated doesn’t necessarily mean bad.

Released from early access in 2018, Project Aura has echoes of Anno 2205, in the sense that it’s a science fiction city builder. But whereas Anno 2205 had you laboring over the logistics of a series of glorified company towns, Project Aura has you managing a facility that is one part research station, one part colony.

Like other games on this list, you, the player, must delegate tasks to a pool of workers each with their own skillsets. Not everything can be completed at once, which is fine. The game encourages you to go about your business piecemeal, unlocking new features only when you are ready to take on the burden of having them. This is a game that absolutely requires meticulous planning. There are no wasted moves or at least there shouldn’t be if you want to progress in the game. For those that find such a tight margin for error a rewarding experience, Project Aura is perfect for you.

Variety is the spice of life. Whereas other base-building games give you a single setting to establish roots, Planetbase gives you several each with its own unique quirks and challenges to overcome. This is what makes Planetbase such an interesting game. You can play through the campaign on a single planet and try again on another and find yourself playing an entirely new game.

It’s more than just the replayability, however. Planetbase takes cues from a number of base building games that came before it, mixing and matching the best parts while leaving the rest. What’s left is a base building game that is, for all intents and purposes, one of the best in the genre.

While other games try to overwhelm you with gameplay that requires a textbook to fully grasp, Planetbase keeps things relatively simple, while managing to keep the intricacies of running a base in one of several hostile environments.

But it isn’t just the natural disaster players have to watch out for. Pirates are a part of the game’s core mechanic meaning players will have to keep defense in mind as they grow food and affect repairs.