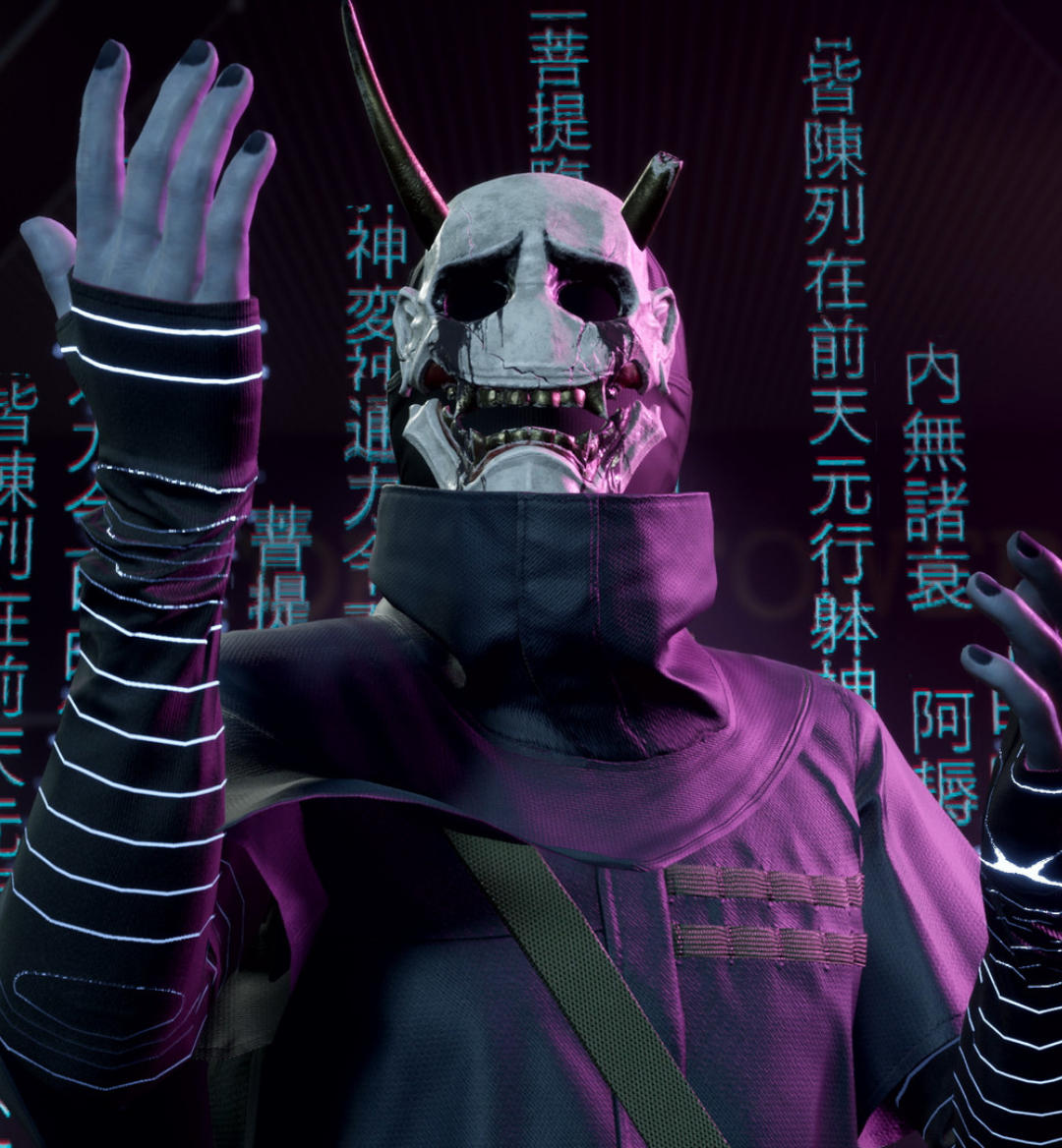 Tango Gameworks' previous works have centered around survival horror, but its latest game, Ghostwire: Tokyo, inhabits a weird middle ground. Ghostwire deals with Japanese folklore and is full of ghosts and demons but isn't technically a horror game. As such, players might get something different than they expected when they start playing. Instead, this is an open-world FPS with some horror elements. So anyone wishing for The Evil Within 3 will be disappointed.

Ghostwire: Tokyo centers around Akito, one of the last people left in Shibuya after everyone vanishes mysteriously. He's left near death in a traffic accident, and KK's spirit takes over his body, not knowing he's still alive. While KK's attempted possession heals him, there's no time to be relieved since hundreds of malevolent spirits called Visitors arrive just behind him.

Akito quickly finds out that a group of people wearing Hannya masks are behind this mess. For some reason, they kidnap Akito's comatose sister from a hospital to use in a ritual, and he chases after them in hot pursuit.

Not only does Akito have to solve the mystery behind his sister's kidnapping, the Hannya mask wearers, and the disappearance of nearly everyone in Tokyo, he also has to figure out KK's motivations. KK knows more about what's going on than he lets on, and Akito has to gain his trust to see the whole picture.

Instead of using guns and grenades, Akito channels spirit energy into elemental blasts. Wind, the weakest, is like a pistol or SMG. Water, which hits in a wide arc, is like a shotgun. Finally, Fire, which fires a powerful lance of energy, is like a grenade launcher or RPG. The main goal in combat is to hit enemies hard enough to expose their spirit cores. Once this is done, you'll get a prompt to grab their core and rip it out of them with ghostwire, which is an instant kill.

Unfortunately, enemies are sponges, and it's an issue that only gets worse the further in the game you get. There's the option to get instant kills through stealth, but it's a rudimentary implementation that leads to frustration. If one enemy sees you, every enemy nearby can. You can't kill most foes with one hit from range, so even using the silent bow and arrow will instantly ruin your stealth when you try to pick off an enemy without being noticed.

There's a skill tree, but the upgrades to your elemental attacks are so incremental that you never feel truly powerful. This is mostly a result of the game's low runtime. If you do all the side content and collectibles, you'll get 20-30 hours out of Ghostwire: Tokyo, but the main story can be completed in 10. There's just not enough time for a proper skill tree to develop. It seems like the groundwork was laid for a much longer game, and at some point, Tango Gameworks decided to cut it short.

The open-world also feels a bit phoned in. Players are barred from exploring Tokyo by a spiritual fog. Enter the fog, you die. To clear it from your path, you have to cleanse corrupted Torii gates, of which there are a ton. They come in two varieties. The smaller ones are typically unguarded and only eliminate a small bit of fog. In comparison, the larger ones are located on shrine grounds that are filled with enemies.

Most of the progression through the game consists of having a Torii gate put on your map, making it there and, cleansing it, then heading toward another Torii gate. Even when the objective isn't a Torii gate, you can bet that there'll be one along the way that needs cleansing. I love the environment, and you can tell the devs put a lot of love into recreating Tokyo. However, the tasks you're asked to complete don't take advantage of the world to the fullest.

Some of the best sequences in Ghostwire: Tokyo are found in its sidequests. Many of these have you exploring interiors and rescuing or eliminating various yokai, or exorcising malevolent spirits. These compact stories centered around a small part of the map are where the game shines. Whether it's facing off against a hoarder to prevent him from sucking up people's souls or finding out why a little girl's transplanted corneas are haunted, I was almost always entertained by these side stories.

Ghostwire: Tokyo has a variety of exciting environments and a great premise. The biggest problem is that it doesn't really need an open world. When you break it down, this game has a linear narrative that has little to do with the side content found in the game. As such, it's hard to shake the feeling of cognitive dissonance between the main story and everything else.

If you're looking for something a little off the beaten path with some truly interesting creatures and inventive story points, you could do a lot worse. Because still, despite its flaws, it's worth playing.