'Dawn of the Monsters' Review 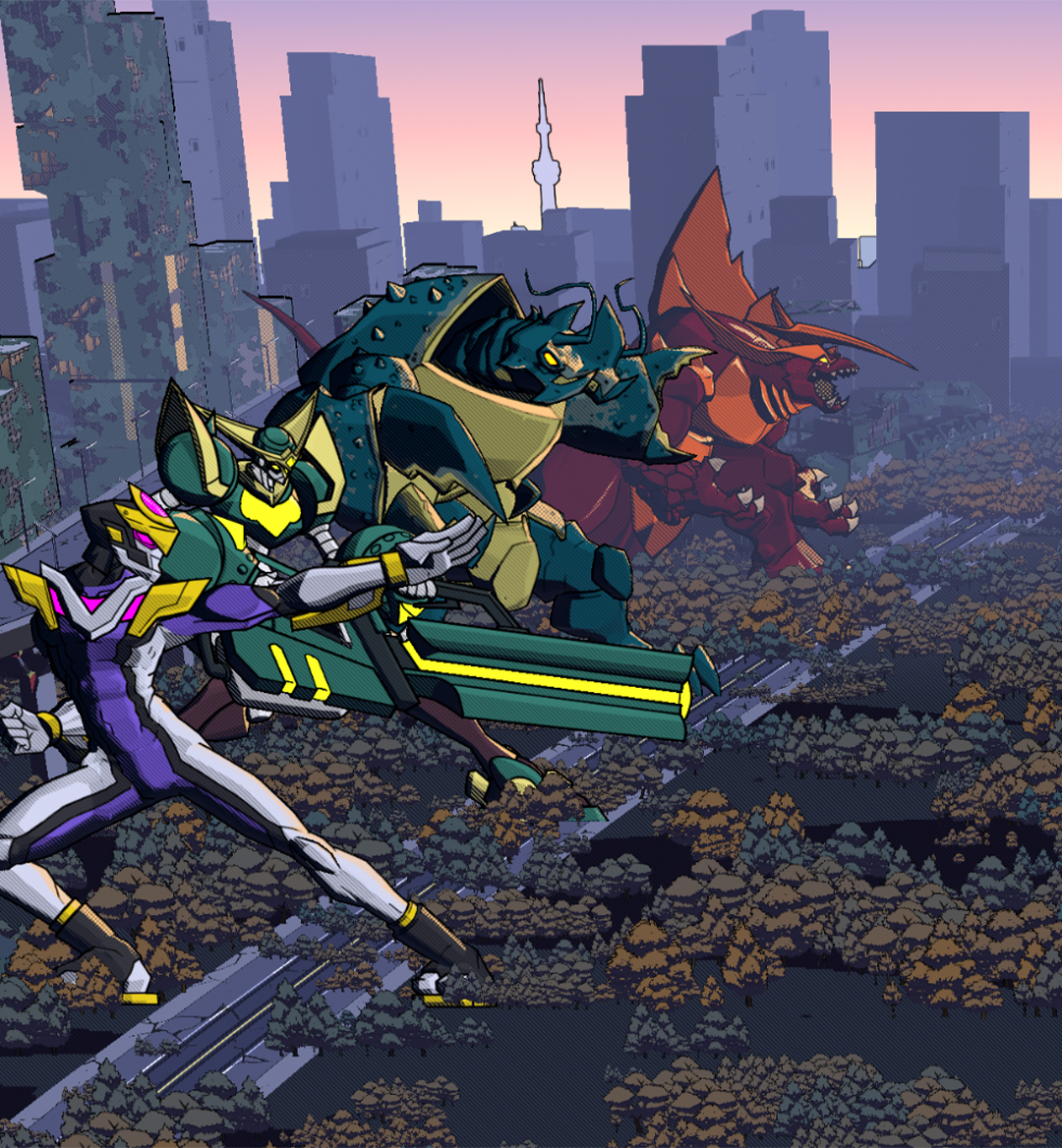 Do any of you old heads reading this remember an SNK fighter called King of the Monsters?

The original release and its sequel were a dream come true for kaiju fans as it threw a bunch of towering brawlers into massive cities that doubled as destructible battlefields. That concept was greatly built upon for the criminally slept-on PS2 monster battle royale, War of the Monsters. With all the fanfare given to the Godzilla vs. Kong film from 2021 and a fair bit of hype afforded to the upcoming indie arena brawler GigaBash, it feels like everyone is falling back in love with the kaiju genre all over again.

13AM Games and WayForward must have gotten the memo because they've managed to create a love letter to the entertainment genre that's all about massive beasts, robots, and Power Rangers-esque heroes clashing in the middle of highly populated cities. Welcome to Dawn of the Monsters. 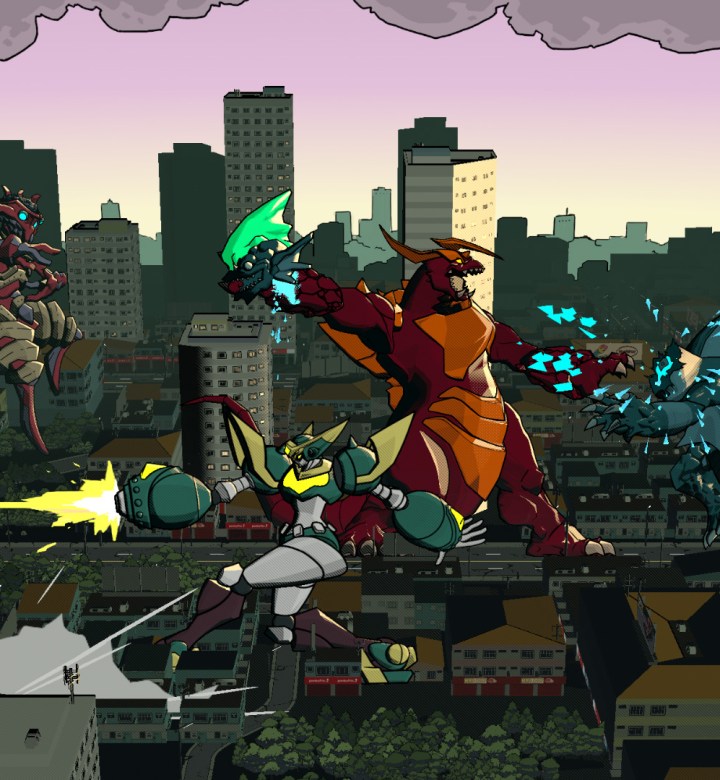 So what you're in store for here is a beat 'em up that gives you two "friendly" beasts (called "Nephilim") and two robotic saviors to take into battle. As soon as you boot up the game and get a look at the main menu, you'll quickly appreciate Dawn of the Monsters' crisp animated art style. WayForward is known for putting out games that are always easy on the eyes and the same can be said here. Stomping through each biome will treat you to beautifully animated visuals that bring the mayhem occurring on screen to life in the best way possible. You'll truly feel like you're actively participating in a Saturday morning cartoon as you come across dialogue sequences that are filled with B-movie voice acting (which isn't a bad thing seeing as how it fits right in with the game's overall presentation). I must say - the designs for Tempest Galahad and Aegis Prime are cool enough to stand side by side with any Power Rangers Megazord. The designs for every regular baddie, miniboss, and final area big boss are equally great.

Dawn of the Monsters works primarily as a beat 'em up, which means you (and a local co-op buddy if they're within hands reach) can select their chosen kaiju and crush a whole army of rampaging beasts. Each playable character has access to a light, heavy, and dash attack that affords them all some cool combo strings. You also have the opportunity to guard/parry, pull off swift dodges that can cancel combos, deliver executions that refill your HP, and call upon the power of three different special moves called "Rage Attacks." The most devastating move each fighter can utilize is called a "Cataclysm Attack," which produces some epic cinematics upon activation. I never got tired of bashing in the heads of enemy beasties with impactful melee combos and had a ball using actual buildings as baseball bats to do even more damage. You can even use the heads of dismembered enemies to deliver the smackdown!

This isn't just your average beat 'em up, however. There are some light RPG mechanics you can play around with that lets you improve certain attributes of your preferred characters. It does get quite addicting whenever you unlock new stat boosters after completing each stage and rerolling them to switch up their main attributes. Seeking the best rating during each stage is also worth accomplishing since you'll be gifted with better items and even different color schemes for your band of gigantic kaiju battlers. Unlocking new skins that are clear nods to Neon Genesis Evangelion and Godzilla is pretty dope.

Dawn of the Monsters has so much going for it - the fighting is fun, the local co-op works just fine, and the animated visuals are top-notch. But there's a feature omission here that will infuriate you once I mention it here - there's no online co-op whatsoever! It's downright criminal for a beat 'em up to release in this day and age with no online capabilities included and that's sadly the case here. I would have loved to have linked up with another random kaiju hero online to crush some Nephilim, yet you can't even do that for some odd unexplained reason. I highly recommend you find a local friend to get the most fun out of this game (especially since the gam's bosses end up being a lot trickier to take down than expected!). Here's hoping this brawler gets an online play update in the near future.

Dawn of the Monsters is definitely a fun time, no doubt. Just be prepared to be highly disappointed when you can't enjoy all the kaiju madness via four-player local co-op or any form of online play.